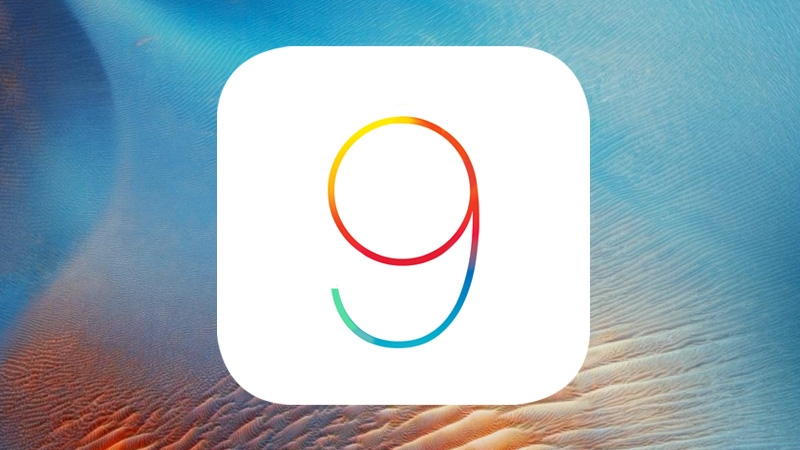 With iOS 9, Apple decided that it needed to make it easier to tell when caps lock is on, and the solution it came up with was to introduce a lowercase keyboard. It makes complete sense, but some people really, really don’t like the way it looks. If you’re one of those people, you’ll be pleased to hear that there’s a way to turn it off. Here, we show you how.

First, though, we’ll explain further what exactly we’re talking about when we refer to the lower-case keyboard and how it differs from the old keyboard in iOS 8. (See also: iOS 9 vs iOS 8) 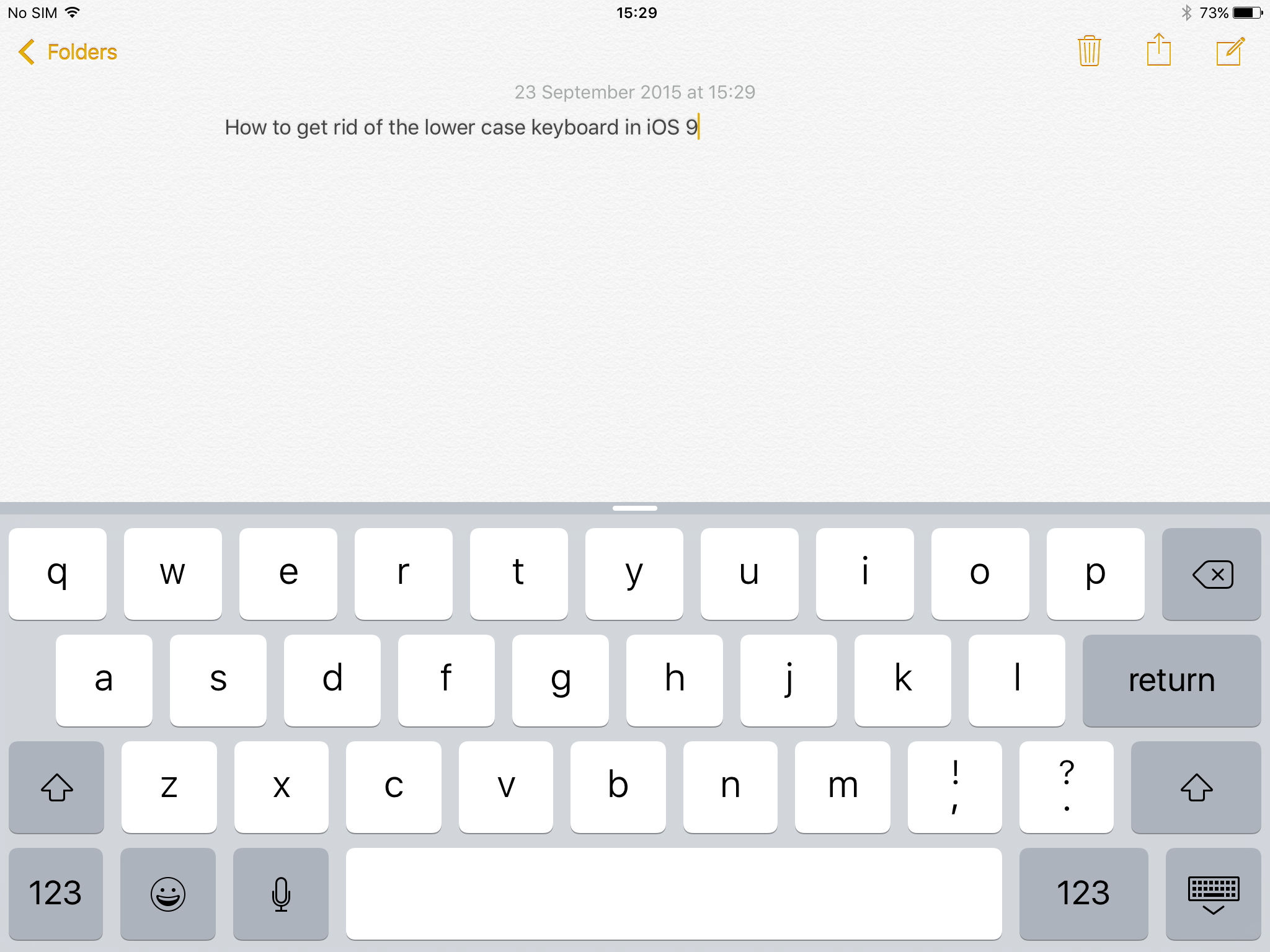 Apple has made this change because people kept getting frustrated with the previous design, which saw every letter represented as a capital whether or not it was going to appear that way in your document, text or email. The only way to tell whether the letter was going to be upper or lower case was to look at the shift button. If it was just an outline in a grey button, you’d get a lower case letter. If it was filled-in black in a white button, it would be a capital letter, and if it was filled-in black with a black line beneath it, you had caps lock turned on.

But most iOS users had become accustomed to the old design, and as with any element of change in pretty much any situation, there people who aren’t too keen on the new one.

You’ll need to open the settings app on your iPad or iPhone running iOS 9 and then go to General. Scroll down until you come across Accessibility.

Within the Accessibility menu, you’ll want to tap Keyboard, and then turn Show Lowercase Keys off (the slider will appear white rather than green). 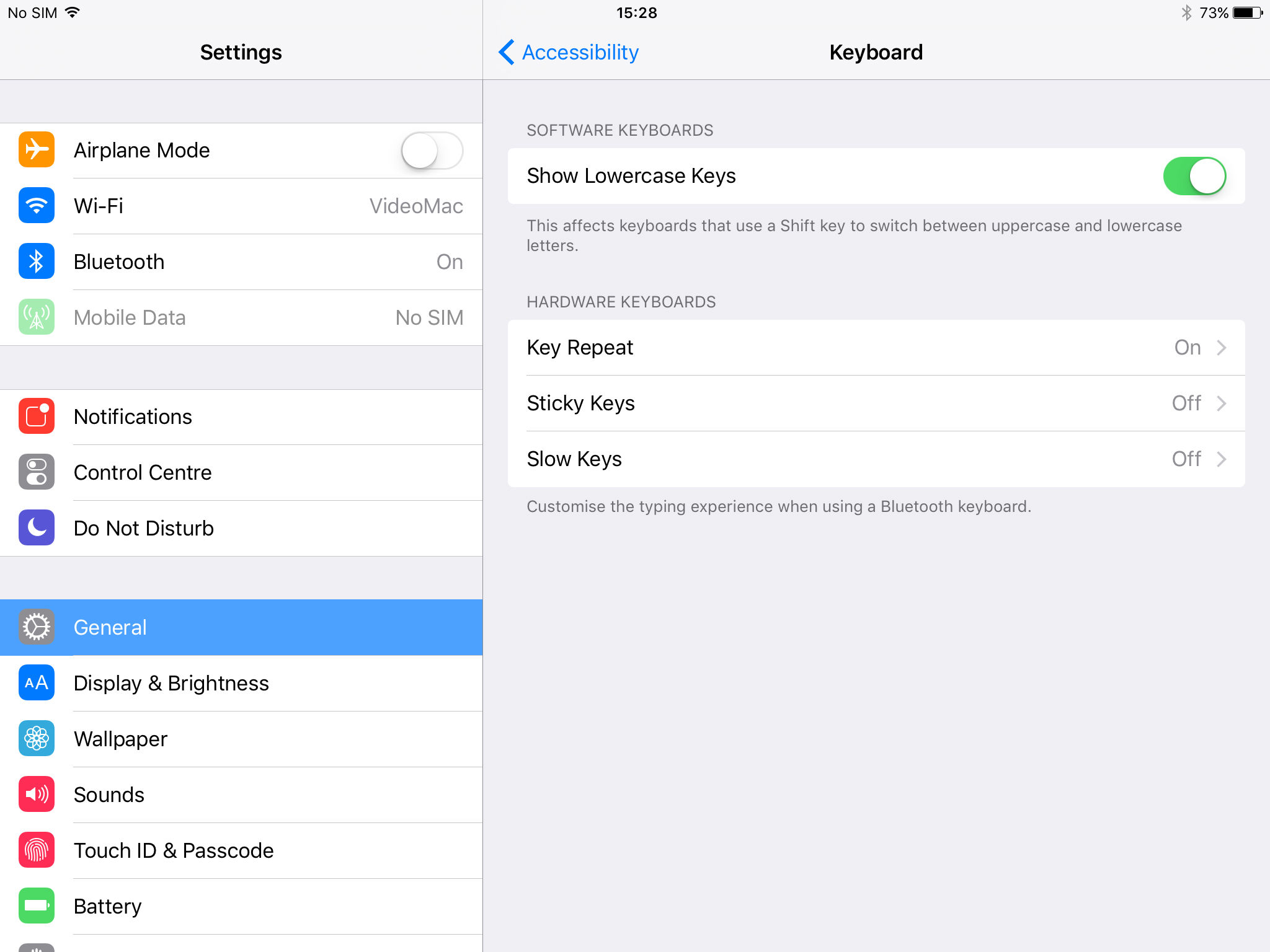 Now, your keyboard should be back to the way you like it! You’re welcome.

For more handy information about iOS 9, make sure you check out our iOS 9 tips article (there are 32 in there).

You’ll also like our complete guide to iOS 9 multitasking on the iPad.

Read next: iPad buying guide autumn/winter 2015: Which iPad is best for you?