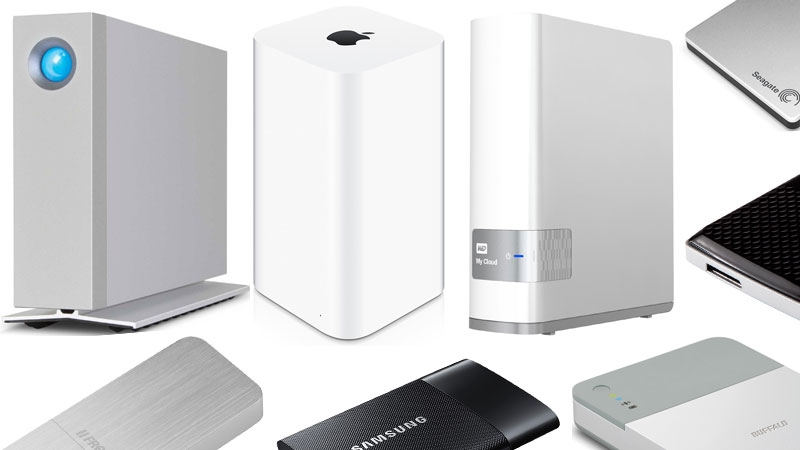 Network attached storage. Doesn’t sound very exciting, does it? Yet these boxes of tricks can perform so many different tasks that everyone should at least consider adding one to their home or office network.

Read next: Best NAS for Mac

What is a NAS?

A NAS can be a back-up location, a place to store music or photo libraries and share them across your local network, a device for hooking up to a security camera, or somewhere to automatically download files from BitTorrent. Some manufacturers also have iOS apps to allow you to stream music and video stored on them to your iPhone or iPad. And many work as a server for DLNA adaptors connected to your television or hi-fi system. [Read: Best external storage for iPad and iPhone]

Which NAS to buy

When choosing which NAS to buy, it’s important to first draw up a list of what you want to do with it. Most NAS boxes need to be connected to a router via an Ethernet cable. While WiFi connected NAS boxes are available, they are far less common than the wired variety, and for good reason. Most broadband modems come with routers these days and connecting a NAS with an Ethernet cable provides a faster and more stable (and faster) connection.

How many drive bays?

The other big decision to make is how many drive bays you want. You can have from one bay upwards. For home or small office use, one or two is fine.

Why choose a unit with two or more drive bays? For one of two reasons: either so you can mirror all the data on one drive on the other with a RAID 1 set up, or so you can optimise the performance of the drives by striping them in a RAID 0 set up. If neither mirroring nor fast access is important, go for a single bay NAS box and put in it the biggest drive you can.

With or without drives?

The last decision is whether to buy the NAS box and drives separately or to buy a unit with the drives already fitted. Both approaches have advantages. The former allows you to shop around for hard disks and will probably be less expensive, the latter is simpler because you don’t have to install the drives yourself. It should be said, however, that NAS boxes are designed to allow easy access to the drive bays, so fitting disks yourself is very straightforward.

How to set up your NAS

Once you’ve unpacked your new NAS box. The first step is to install the disks if they are not already fitted. With that done, you can connect it to your router, plug it in and switch it on. The router will allocate it an IP address so it can be found on your network.

Once it’s powered up and completed its cycle of diagnostic checks, you should see it pop up in the sidebar in a Finder window under ‘shared.’

It’s not ready to use yet, though. You’ll have to access its control panel and set up at least one user with admin privileges so you can configure it. Most NAS boxes run their own operating system. Synology, for example has one called DSM. To access it, you’ll either have to open a web browser and type in an address supplied in the NAS’ documentation, or install software on your Mac. That will either be supplied on disc or, more likely, available to download from  the manufacturer’s website.

The web app or native application will usually find the NAS box automatically and allow you to configure it. If it doesn’t, check that the NAS is connected to your router, powered on and not displaying any warning lights. Go to your router’s admin webpage – by typing its IP address into a browser or using AirPort Utility if it’s an Apple router – and looking at the list of connected devices. If you can identify which is the NAS, note its IP address and type that into a browser. 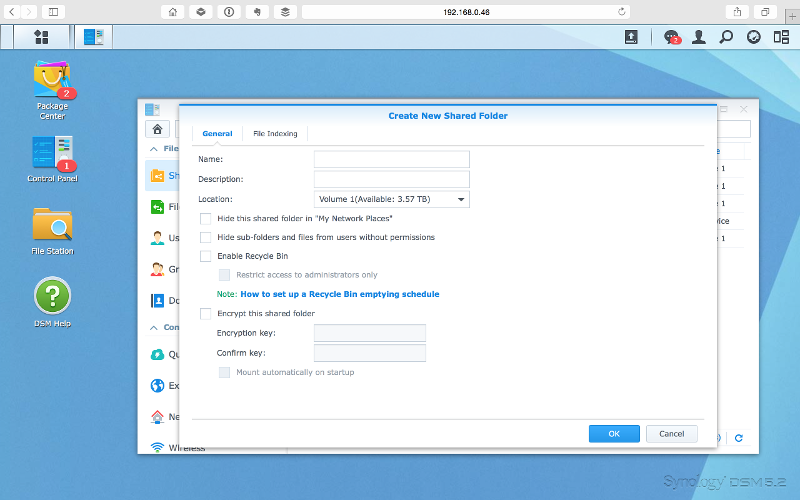 The first step in configuring a NAS is to set up users and sharepoints (shared folders). Most NAS boxes come with folders already created for music and video and you can specify which users can access them from the control panel. Some also come with a folder for back-up. Western Digital’s My Cloud NAS boxes, for example, have a folder called ‘TimeMachineBackup’ which is designed to be used with OS X’s Time Machine. On other NAS boxes, you’ll have to create a folder and specify it as the destination for backups in your Mac’s backup software.

On the configuration web page, or the main section of the operating system, look for a setting called Control Panel or similar. Within that, there will be a setting called users, and that’s where you add new users and grant privileges. You need to create at least one admin user who can access and modify everything.

Once you’ve set up the users you want to add, you can create shared folders, also from the Control Panel. It’s important to note, however, that if you want the NAS to properly identify and index photos, music, and video files and make them available for streaming, they must be stored in the folders already created for each media type.

Read more: Best Mac backup software | How to back up a Mac

Once you’ve set up users, shared folders, and privileges, you can start to add other features like FTP uploading, a download manager, and even install a CMS like WordPress or Drupal so you can host a blog on your NAS. This is commonly done by downloading ‘packages’ or apps to the NAS and configuring them. 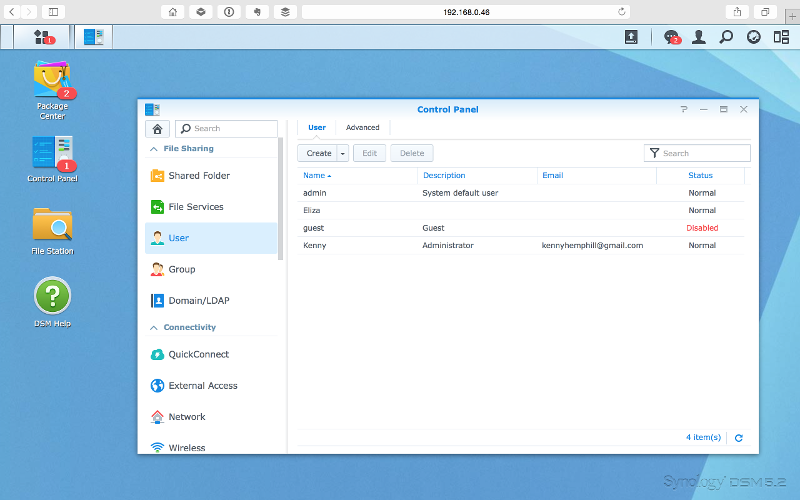 Finally, if you want to access your NAS from outside your local network, you can set that up in the Control Panel too. Depending on your router, this may be simply a case of checking a few boxes in the NAS’ settings. If that doesn’t work, the documentation for your NAS and your router should be able to help you change the settings on the router to enable it.

How to choose the best storage for your Mac

How to free up hard drive space on a Mac