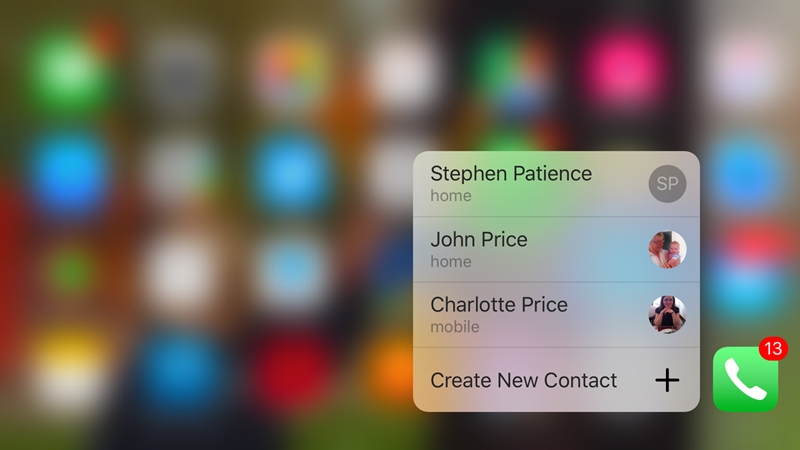 The 3D Touch shortcut menus on my iPhone 6s are all wrong. One of the contacts on the Phone shortcut menu is someone I haven’t called in months – what’s going on?

Unhappy with the options in the 3D Touch shortcut menus? For a few apps you can edit or at least influence the choices. We’re going to look at Phone, Messages and FaceTime, and show you how to change the contacts that appear when you do a hard press on the app icons and activate the 3D Touch feature on the iPhone 6s and iPhone 6s Plus.

Phone is easy. The three contacts that appear here are simply the top three in your Favourites.

Go to Phone > Favourites and you’ll see your current list of favourites. If the three contacts you want to appear in the 3D Touch menu for Phone are here, tap Edit and move the entries about (press and hold – gently, so it doesn’t activate 3D Touch! – the three-line ‘hamburger’ icon on the right and move the selected contact up or down) until your chosen three are at the top. 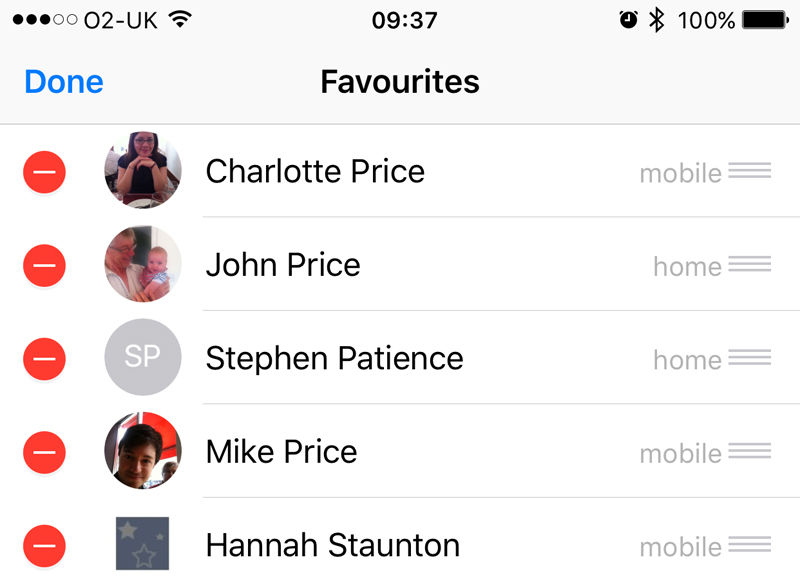 If your Phone icon is near the bottom of the screen, incidentally, you will find that the order of the three is reversed in the shortcut menu, with the top entry closest to your thumb, so you might like to bear that in mind.

If you want to add someone to your shortcut menu that isn’t currently in favourites, find the relevant contact entry in either the Contacts app or the Phone app, scroll down and tap ‘Add to Favourites’. If the contact has more than one phone number you’ll have to pick which one to add.

Messages and FaceTime do things differently. 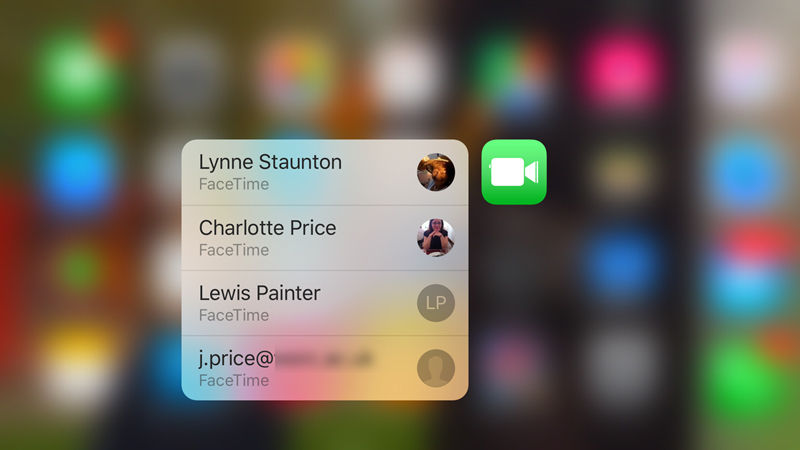 FaceTime simply shows the three contacts you’ve talked to most recently, so if you want to change the list, you’ll need to call someone else. They will then appear at the top of the menu and push someone else off the bottom.

But what about Messages? Our experiments suggest that Messages bases its offering on who iOS 9’s Proactive feature thinks you’re likely to message next – often we find that the listing changes between opening another app and coming back to the Home screen, even if we’ve done nothing in the Messages app in the mean time. 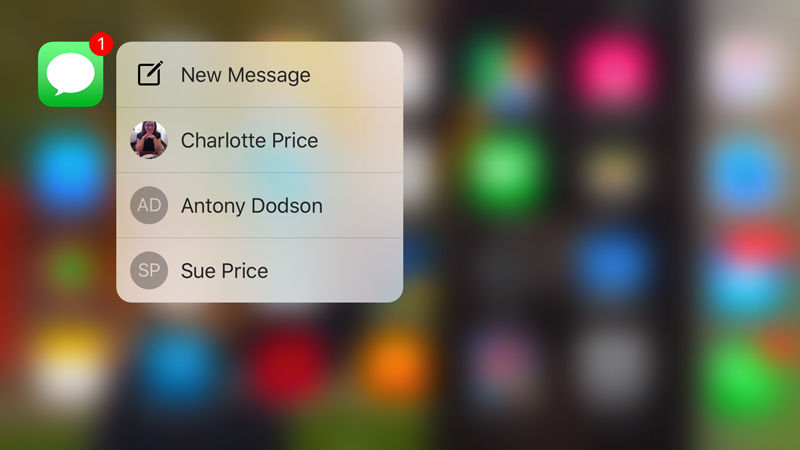 As with FaceTime, sending lots of messages to a certain person is a pretty surefire way of getting their contact added to Messages’ shortcut menu – but you might find the procedure a bit less transparent because the Proactive feature is trying to take other factors into account.

Shortcut menus are just one of the tricks you can pull with the new 3D Touch feature. This video explains our favourite seven:

Macworld poll: What do you think of 3D Touch?

Are you impressed by the new features made possible by the 3D Touch interface on the iPhone 6s and 6s Plus? We’d like to hear your thoughts.