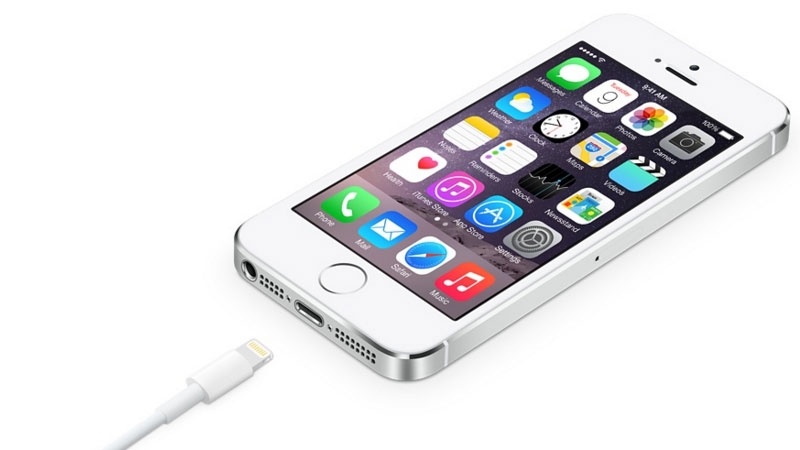 When faced with a broken or unresponsive iPhone you may be required to put it into DFU Mode. Don’t worry – it’s not difficult. In this tutorial we’ll show you how to put an iPhone into DFU mode, and explain briefly why you’d want to.

What is DFU mode?

DFU, short for Device Firmware Update, is a special mode that enables a computer to update its firmware. In DFU mode an iPhone can still communicate with iTunes but without iTunes automatically installing the latest version of iOS; it’s therefore useful for those running – or installing – older versions of iOS, and for jailbreaking. DFU mode can also be useful when attempting to rescue a non-responsive device that doesn’t respond to other less drastic solutions.

(DFU is slightly different to the better-known Recovery Mode, whereby an iPhone is reset to factory settings but with the latest version of iOS.)

You might be wondering what firmware is. As the name suggests, it exists at a level between the hardware (that’s your iPhone) and the software – the iOS operating system. Firmware is software that sits inside the hardware and is used to provide various functions at the hardware level.

One function of firmware is to start up the iOS software when you power up an iPhone, which is why updating or restoring the firmware is one way to fix a completely unresponsive phone. It’s also used to check the hardware, and to ensure that the right software is working, which is why you’ll also need to use DFU mode if you’re looking to jailbreak your iPhone (and run software not sanctioned by Apple).

How to put your iPhone into DFU mode

Here’s how to put an iPhone 6s or SE or earlier into DFU mode (or an iPad or iPod touch, for that matter). The timing isn’t easy, so you may need to try it a couple of times before you get it right.

If you’ve done this properly, the screen of the iPhone will be black at this point – that’s how you can tell it apart from recovery mode, which displays the ‘Connect to iTunes’ image on the screen. Note that if the Apple logo appears, you’ve been holding down the two buttons for too long, and you’ll need to start the process again. 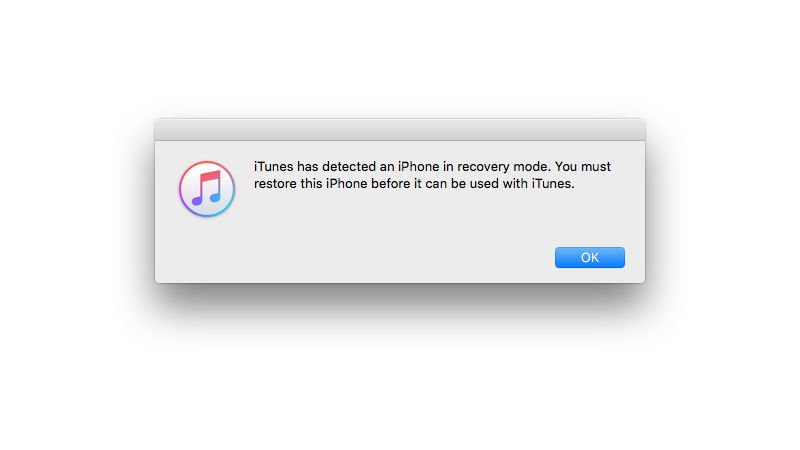 In iTunes, you should see the iPhone appear in Devices. Click it to see a window saying iPhone Recovery Mode with the message: “If you are experiencing problems with your iPhone, you can restore its original settings by clicking Restore iPhone.” Click Restore iPhone. 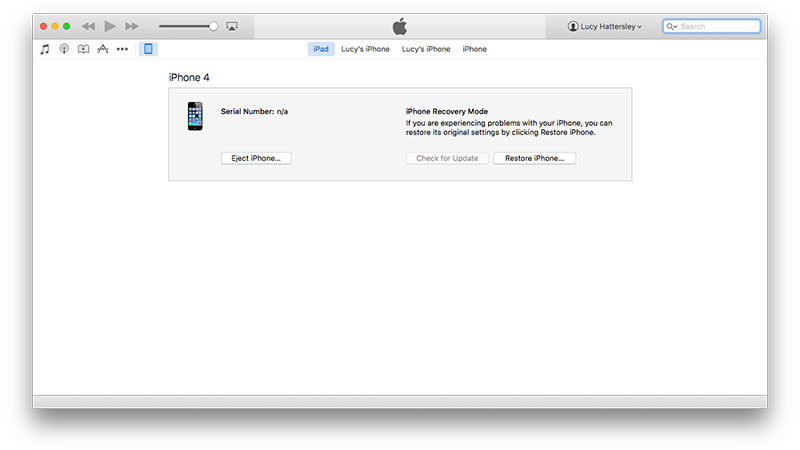 These phones have non-mechanical Home buttons, which causes a slight problem because they can’t be used when the device is off. The procedure is the same, however – you just replace each mention of the Home button with the volume down button.

In preparation for the launch of the iPhone X, which hasn’t got a Home button at all, Apple came up with a raft of new gestures and button combinations (which we cover in How to use the iPhone X). This includes a new and rather complicated way of entering DFU mode, and this also applies to the 8 and 8 Plus handsets that launched shortly before the X.

How to exit DFU mode

Exiting DFU Mode and returning to normal mode is easy enough. Simply hold both the Home button and the Sleep/Wake button until the Apple logo appears.