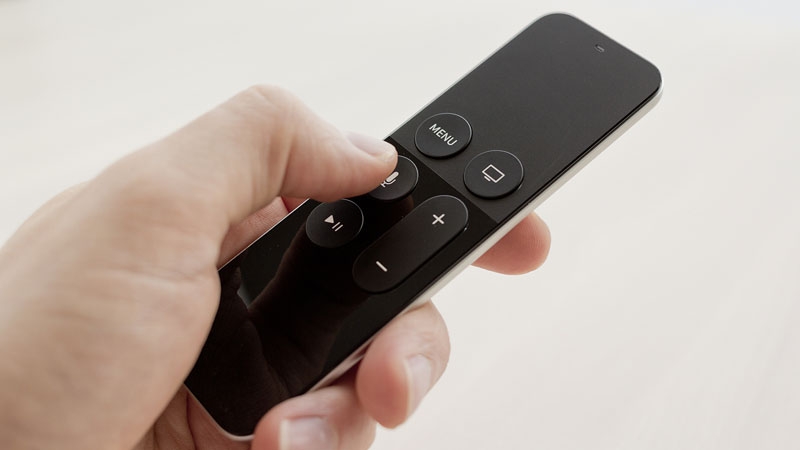 The most important thing you need to do when using Siri on the Apple TV is to remember to hold down the Siri button while you speak. If you are used to using Siri on the iPhone or iPad this will not be second nature to you. The mic will only pick up what you say when you are holding down that button (we assume to control battery use so that Siri isn’t constantly listening out for what you are saying).

An API exists for third-party developers to add Siri search support to their own Apple TV apps so expect more functionality to arrive over the next few months.

We have a list of things you can ask Siri below, but first, here’s what you can’t ask Siri to do on the Apple TV…

Also read: How to use the Siri Remote on the Apple TV |  Siri vs Google Now vs Microsoft Cortana vs Amazon Echo

What Siri can’t do on the Apple TV

Unfortunately you can’t dictate a query into the search box using a Siri remote – that would be a good solution to the keyboard problem.

Siri currently can’t search your music library or iTunes Music. Ask it to “play [music track of your choice]” and the response is ‘“Sorry I can’t help you with Music’”, apparently Siri’s ability to work with Music is coming in 2016.

There is no head phone jack in the Siri Remote like there is in some competitors (like the Roku) but you can connect Bluetooth headphones and speakers to the Apple TV.

Siri can’t control your HomeKit devices – but apparently that capability is also coming in 2016.

How Siri works on the Apple TV

There’s a noise-cancelling mic on the back of the Siri Remote so Siri can understand you even when there is lots of background noise. We were quite surprised at how well Siri understood what we said.

Siri understands natural language too, so you can use normal language, rather than set phrases to get Siri to do what you want. For example, ask what’s the weather like, and then say what will it be like tomorrow, it will show you tomorrow’s weather.

The only thing you have to remember is to hold the Siri button while you speak to it. If you are used to using Siri on the iPhone or iPad this won’t be familiar behaviour so expect a few incidences when Siri wasn’t listening because you weren’t holding that button down.

You can use Siri to search the content on your Apple TV. For example, you can search for a movie or TV show from the home screen and Siri will search multiple apps, depending on what you have installed. Alternatively, if you search while in a particular app Siri will just search the content of that app. 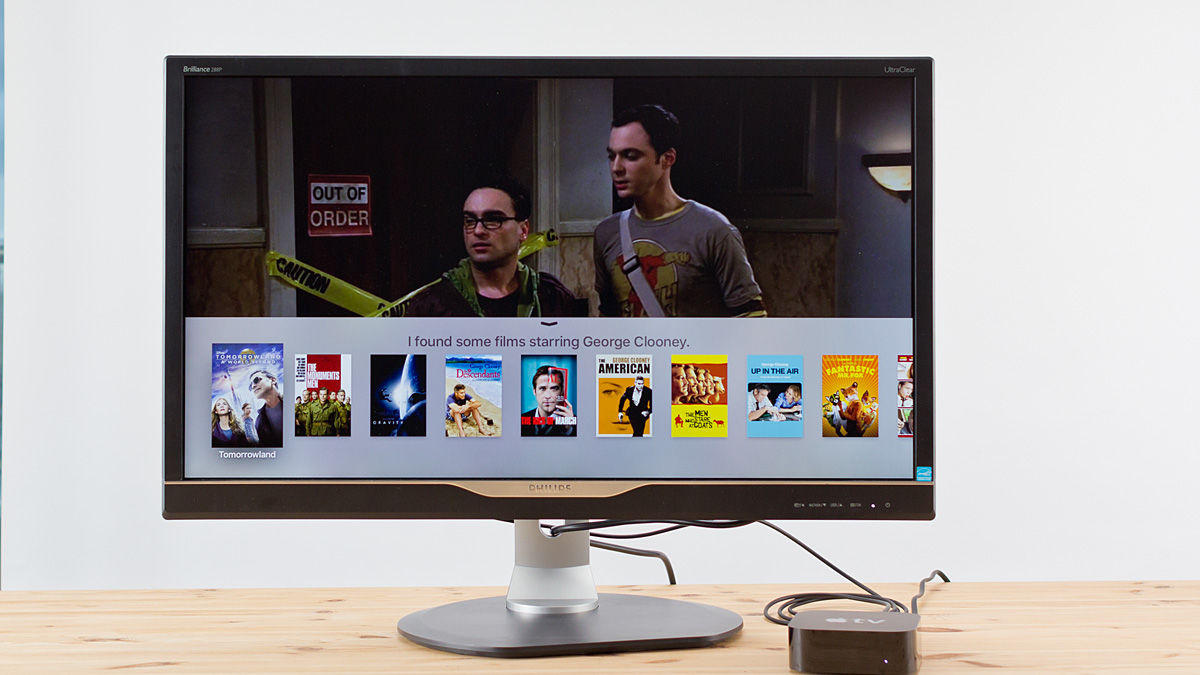 There are also various commands you can give Siri on the Apple TV which should make navigation a little easier. For example, you can ask Siri to show a particular film and it will give you options to watch the film on Netflix (if you are a subscriber) or to buy it on iTunes (maybe eventually Apple will launch it’s rumoured streaming service).

When you are watching a movie or TV show, you can ask the Apple TV to rewind by any number of minutes or seconds. If you miss some dialogue just say: “What did they say and the Apple TV will rewind so you the can see the clip again with subtitles.”

You can also ask Siri about the weather or the football. 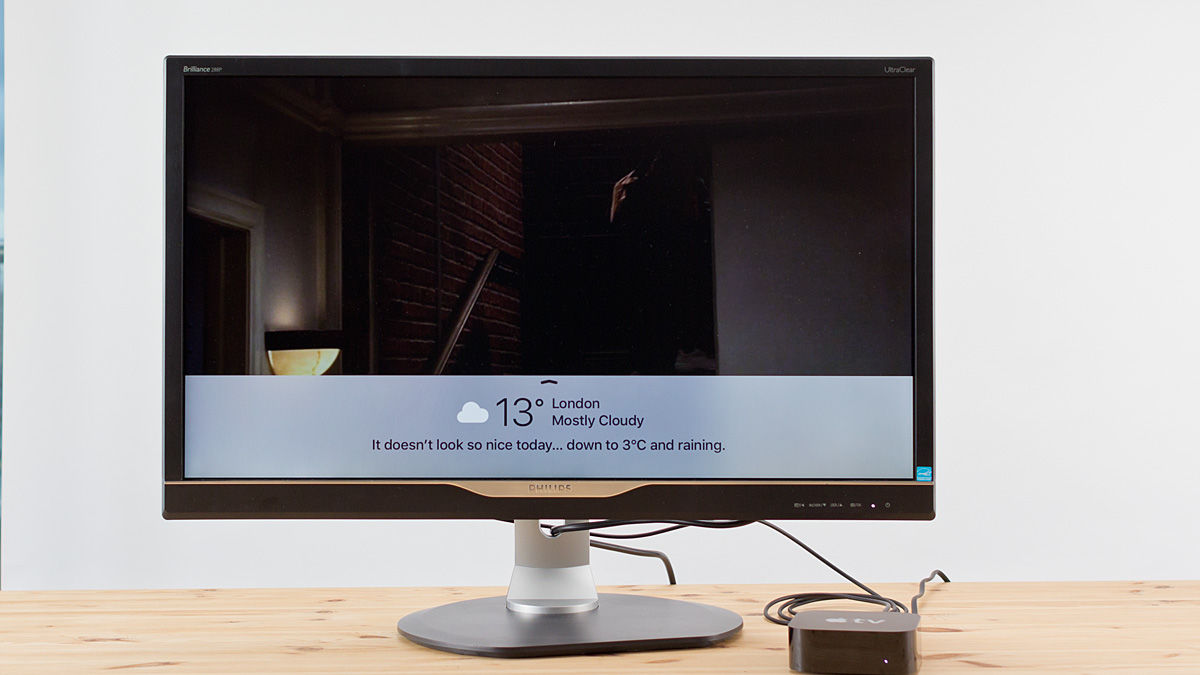 Things to say to Siri on the Apple TV

“Play this from the beginning.”

“Play the episode of That Seventies Show with Joseph Gordon-Levitt.”

“What should I watch tonight?”

“Show me some funny indie movies.”

“What are some popular new releases?”

Refine you search with:

“Only the good ones.”

“Just show me the ones from this year.”

“Play from the beginning.“

”What did she just say?“

”Who stars in this?“

”What is this movie rated?“

”When did this come out?”

Other things you can ask Siri:

“What time will the sunset in London?”

“How’s the weather in Edinburgh?”

“Who won the World Cup?”

“Who is Manchester United playing on Sunday?”

Despite the fact that Siri is available for iOS in over fifteen countries, Siri for Apple TV is only supported in UK, US, Australia, Canada, Germany, France, Spain or Japan. If you live elsewhere you are out of luck and you might be wondering why Siri works on the iPhone but not on your Apple TV if you are based in a country that isn’t supported.

Apparently Siri isn’t supported in some countries because it is still learning languages and pronunciation.

Apparently it’s all down to pronunciation. Apparently the way actor and director’s names are pronounced around the world differs significantly, and this has been a challenge for Apple.

However, there is a way to take advantage of Siri if you aren’t in one of the eight supported nations.

To enable Siri on the Apple TV in your region, click on Settings > General > Language and Region > Language, and change to English.

You’ll also have to go to Settings > Accounts > iTunes and App Store > Location, and change the location to United Kingdom or another country supported by Siri on Apple TV.

Next go to Settings > General > Siri and turn Siri on.

Of course you will have to speak to Siri in English, and if your pronunciation is off it might now work that effectively.

Compete guide to the Apple TV App Store, plus how to find the best apps

How to set up the new Apple TV

How to play music on the Apple TV