Following Apple’s unveiling on 7 September 2016 and a week-long pre-order period, the iPhone 7 Plus is available to buy now. The iPhone 7 Plus with dual cameras, new design features and tons of power. Here’s everything you need to know about the top spec iPhone models.

The iPhone 7 Plus boasts a new-to-iPhone dual lens camera sensor that Apple claims is the best yet in any iPhone, and even the iPhone 7 itself missed out on the feature. The other headline upgrades for the iPhone 7 Plus are its water resistance, stereo speakers and claimed longer battery life.

In March 2017 Apple expanded the iPhone 7 Plus range with a special edition (Product)Red version of the phone – read on to find out when it’s out and how to get one. 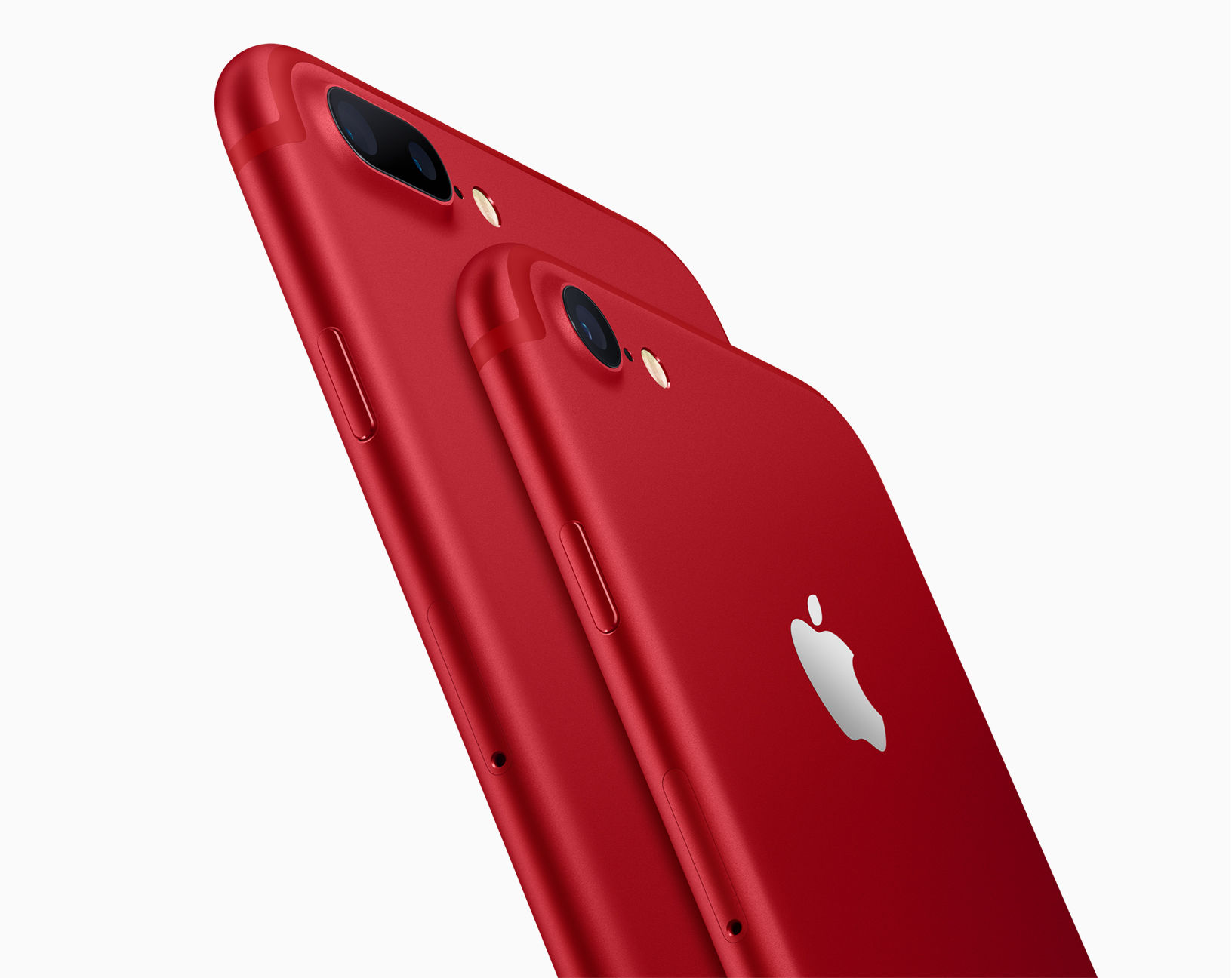 When is the red iPhone 7 Plus UK release date?

The iPhone 7 and 7 Plus launched in September 2016, while the (Product)Red iPhone 7 and 7 Plus will be available to order from Apple (either online or in-store) from 15:01 GMT on Friday 24 March 2017. Apple expects the red model to ship to customers in most markets (including the UK and US) by the end of March, though a few will have to wait until April.

“Since we began working with (Red) 10 years ago, our customers have made a significant impact in fighting the spread of AIDS through the purchase of our products, from the original iPod nano(Product)Red Special Edition all the way to today’s lineup of Beats products and accessories for iPhone, iPad and Apple Watch,” said Tim Cook, Apple’s CEO. “The introduction of this special edition iPhone in a gorgeous red finish is our biggest (Product)Red offering to date in celebration of our partnership with (Red), and we can’t wait to get it into customers’ hands.”

How much does the iPhone 7 Plus cost?

For the first time, the iPhone is available in five colours, including the new Black variation and Jet Black, a glossy variation that is only available in the 128GB and 256GB options, not the base 32GB.

Where to buy the iPhone 7 Plus UK

You can buy the iPhone 7 Plus directly from Apple, or grab the special edition red one instead. You can also use the tool below to choose your preferred iPhone 7 Plus colour, model and contract type and see the best deals available right now. 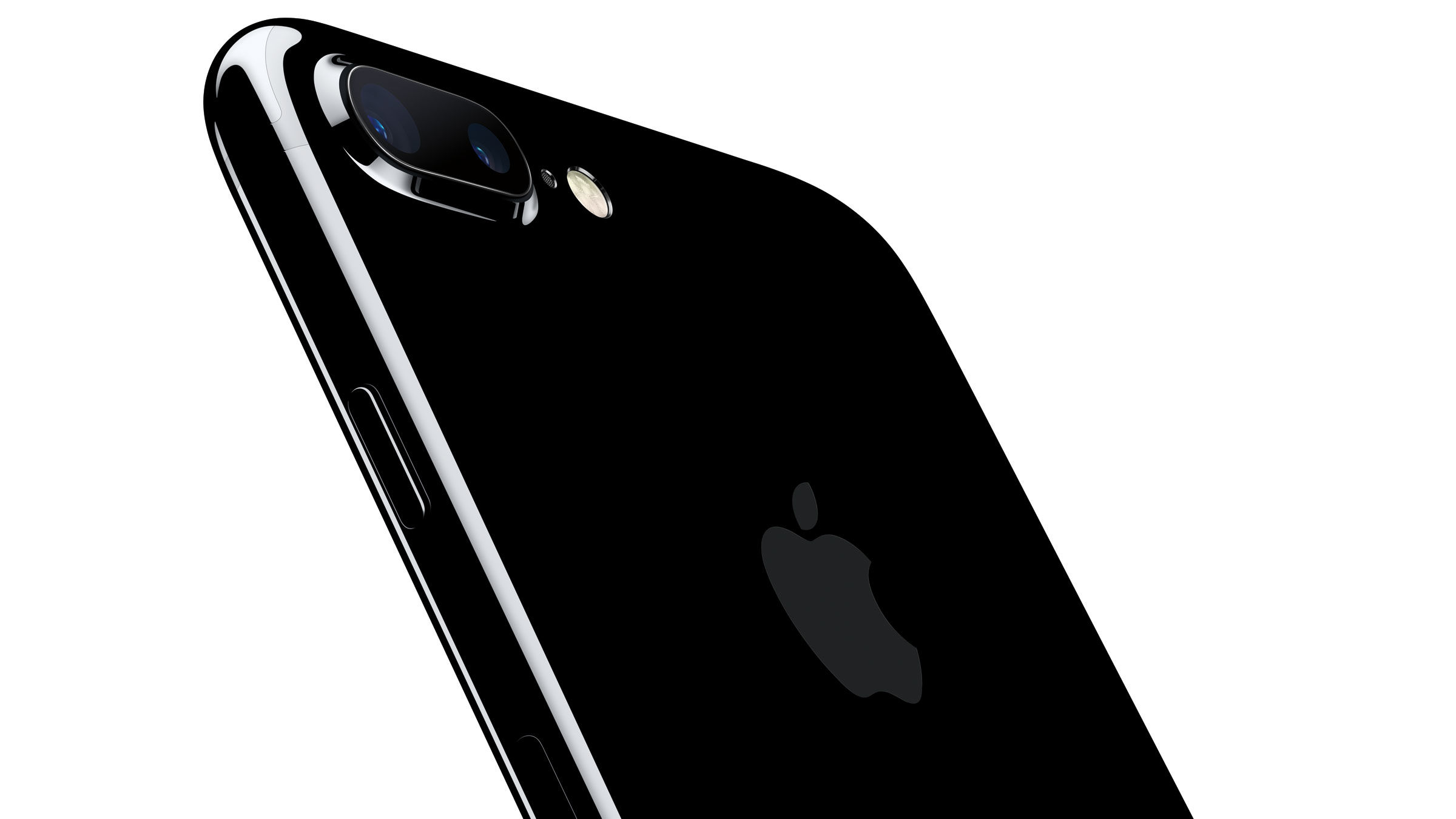 The iPhone 7 Plus launched with five models, two of which are new (bye, bye Space Grey). You can now get the iPhone in Silver, Gold, Rose Gold, Black and Jet Black. In March 2017, a special edition (Product)Red version was added to the lineup.

Jet Black is a high-gloss model that Apple is using in most of its promotional videos and photos. It has a stainless steel Apple logo.

The iPhone 7 Plus also doesn’t have any antenna lines across the black, so it looks more unibody than ever, and you’ll spot that dual-camera on the rear too, but we’ll talk more about that later.

In terms of build, the iPhone 7 Plus is water and dust resistant – IP67 protection standard means you can’t quite take it for a long swim, as highest protection is IP68, but it should be fine in up to one metre of water for up to 30 minutes.

What screen does the iPhone 7 Plus have? 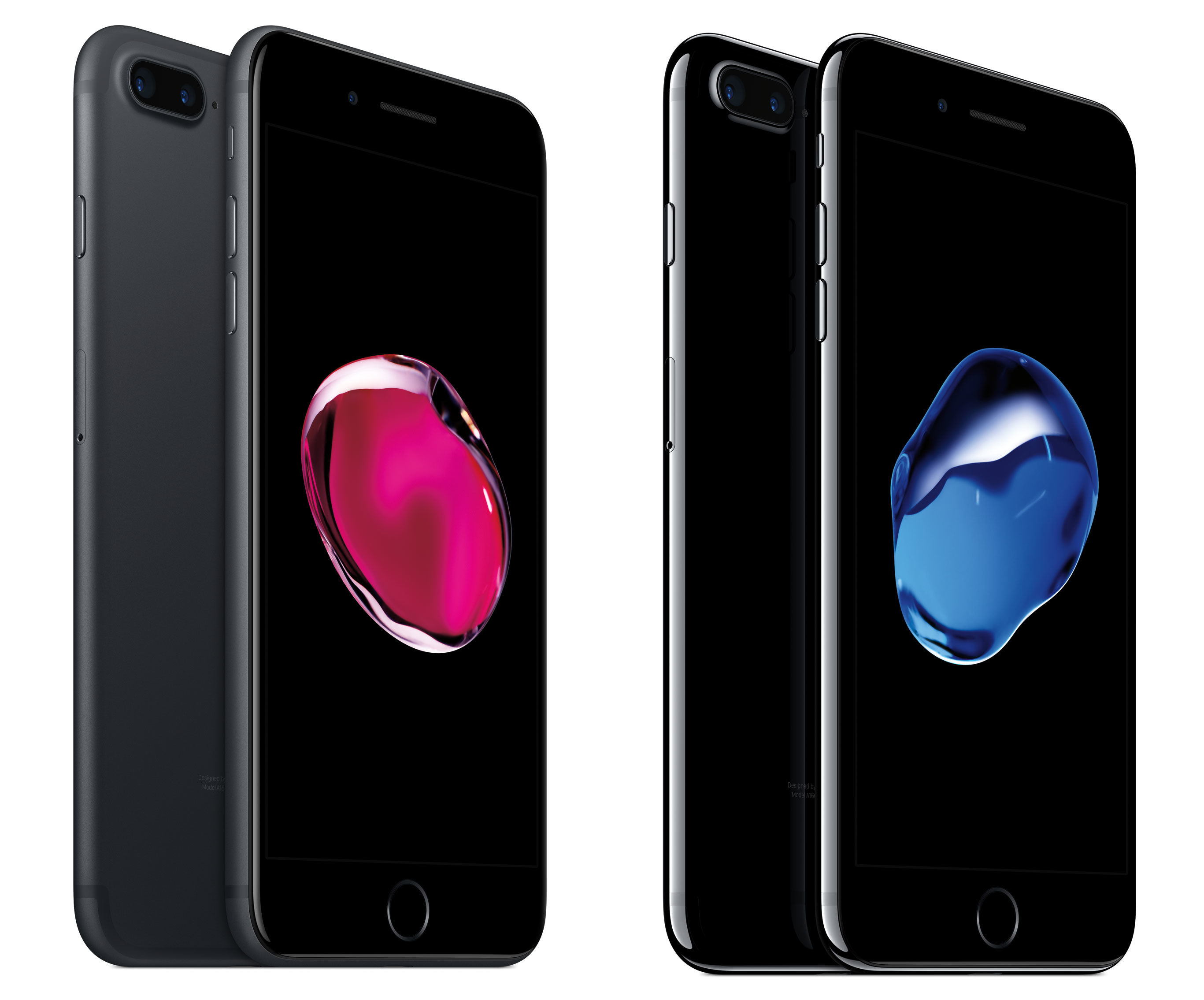 The display on the iPhone 7 Plus is improved, now 25% brighter than the iPhone 6 Plus, with a wide colour gamut, colour management and the continuation of 3D Touch capabilities.

What’s are the camera specs?

The iPhone 7 Plus’s exclusive new feature is the new camera system. The iPhone 7 camera is improved with optical image stabilisation for the first time on a base iPhone model, but the iPhone 7 Plus boasts a dual lens set up that improves with two 12Mp cameras.

One of those lenses is the usual wide angle, the other is a telephoto lens. These cameras combine to create a zoom feature that works within the tiny body of a smartphone. You have the option to choose between 1x and 2x – 2x gives you the effect of a telephoto lens. This is an optical zoom. You can also touch and drag up to 10x zoom, which is a software based zoom but still using the telephoto lens, so expect much better results.

These two cameras are a powered by a 1/3in sensor and slightly smaller 1/3.6in sensor. This discovery was made by Reddit user /u/ImKuya who used EXIF data (data found on photos) to calculate the sensor sizes.

How is iPhone 7 Plus performance?

Apple’s new A10 Fusion processor has four cores, and Apple claims this is 40% faster than the A9, making the iPhone 7 Plus the fastest smartphone on the market. The company says it will offer console-level gaming – which will come in handy when Super Mario Run, which was also announced at the iPhone 7 launch, comes out for iPhone.

What are the other features?

Apple has also improved the Home Button. It is no longer a physical button but a key with haptic feedback. This uses a Taptic Engine, which iFixit’s iPhone 7 Plus teardown reveals is actually a lot bigger than the one found in the iPhone 6s, as it is now used for both the Force Touch screen and that new Home Button.

The speakers in the iPhone 7 Plus, for the first time, are stereo. One is on the top, the other on the bottom.

That also brings us on to EarPods and AirPods. It was all true as Apple waves goodbye to the 3.5mm headphone jack. Apple will bundle Lightning EarPods with every iPhone 7 and 7 Plus along with a Lightning to mini-port adapter.

Apple also announced AirPods, which are wireless versions of Apple’s famous EarPods. They are the same shape as EarPods without wires. They cleverly have Siri integration thanks to inbuilt mics. One charge will give you 5 hours of battery life and the case holds 24 hours of charge for power on the go. The AirPods are clever enough to let you switch between Apple devices depending on which you are using for audio.

Finally, Japan units of the iPhone 7 and 7 Plus will now include Felica tech, allowing Japanese Apply Pay users to use the service with Japan’s most used contactless standards.

We chatted about the iPhone 7 Plus launch in our podcast. Listen here:

What are the iPhone 7 Plus specifications?

Here are the headline specifications for Apple’s new iPhone 7 Plus:

Support for display of multiple languages and characters simultaneously

A10 Fusion chip with 64-bit architecture

Optical zoom at 2x; digital zoom up to 10x