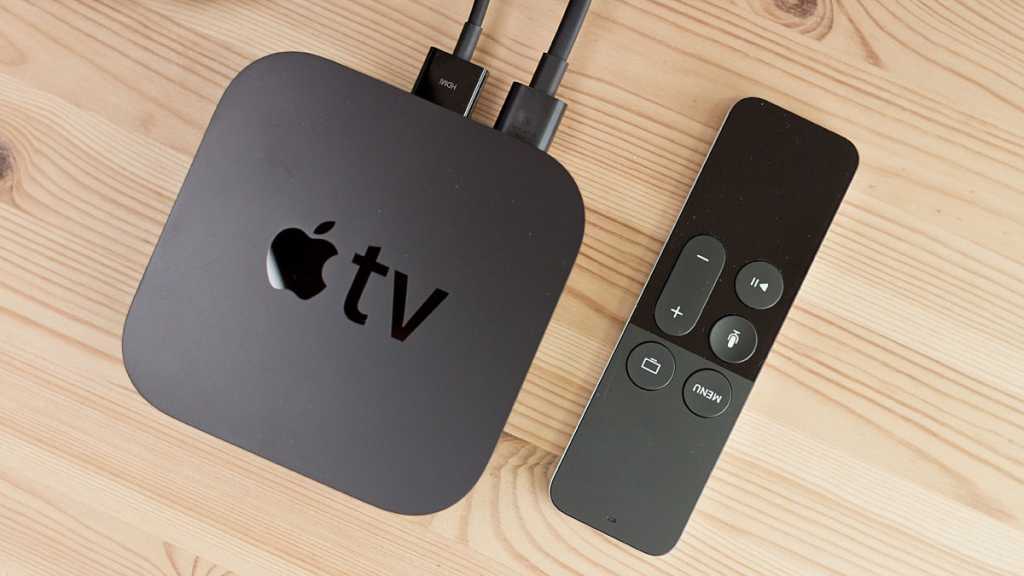 The 2015 Apple TV update was more than just some same-old same-old hardware in a beefier box. It introduced a brand new interface, a swipe-enabled remote, Siri and, crucially, tvOS – a more flexible operating system accompanied by a fully-fledged SDK (software development kit). [Read: How to use Siri on the Apple TV]

With this coding package developers can directly access much of the platform’s most compelling hardware and code, including the processor and graphics chips; the remote’s touch surface, accelerometer and gyroscope; and many of the same frameworks as are used in iOS. This latter point is crucial, as it means that anyone with experience Swift coding will quickly find their feet when developing for the big screen. Perhaps the most notable outlet to take advantage of this is the BBC, which has finally released its own Apple TV iPlayer app.

So, where can you find the best resources if you want to join it?

All of the tools you need to develop apps for any Apple platform are available for free to members of the Apple Developer Program. Membership costs $99 (£65) a year and also allows you to distribute your applications through the Mac App Store, iOS App Store and Apple TV App Store, subject to approval.

You can enrol on the programme here.

Start with Apple itself where you’ll find a general overview of the platform, alongside download links for Xcode with the tvOS SDK, which is the environment in which you’ll spend most of your development time. It includes an Apple TV emulator, so while we would recommend getting your hands on a physical device so you can familiarise yourself with the way it’s used in the real world, you can at least test your code in the meantime. 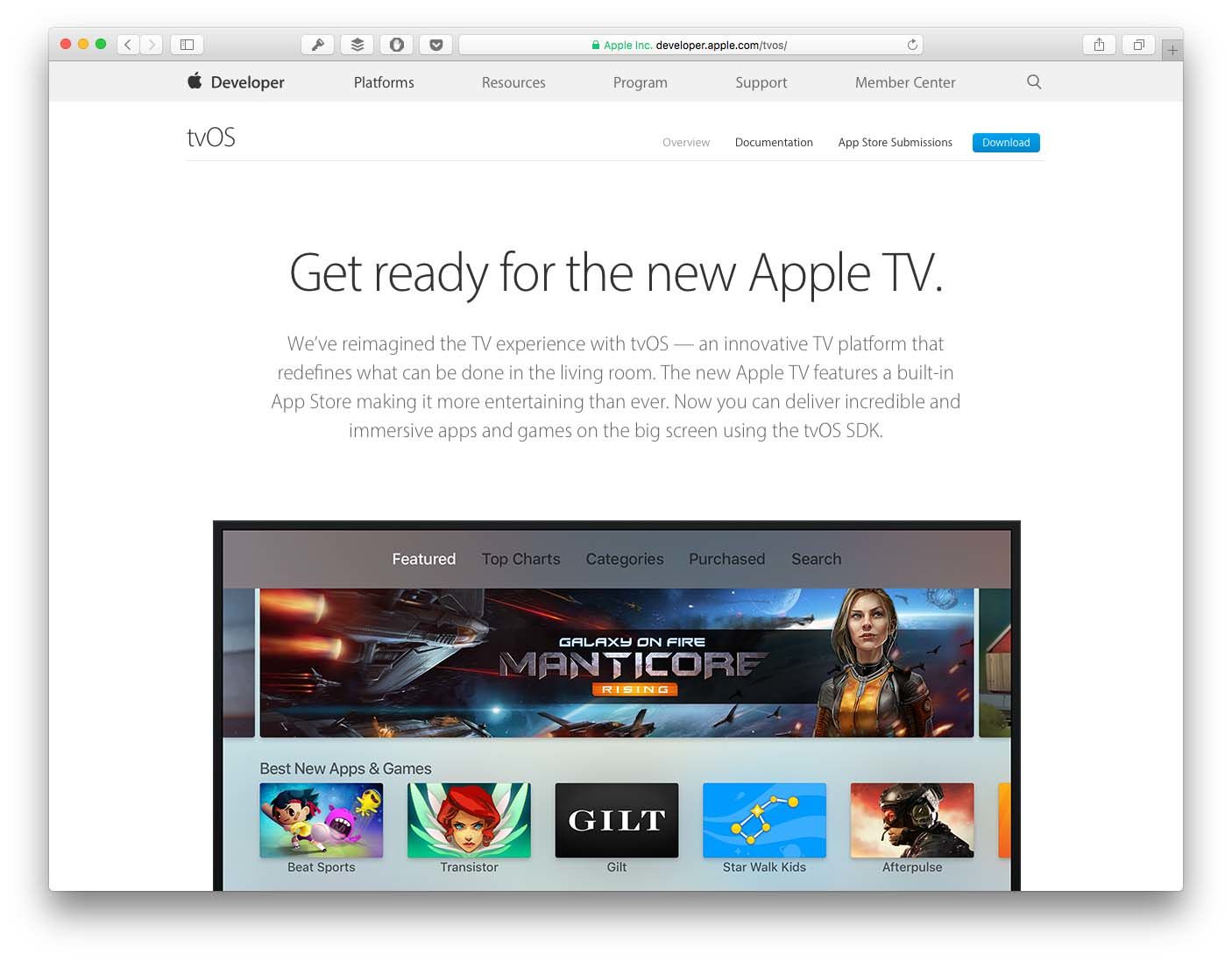 If you’re just getting started, take a look at the App Programming Guide for tvOS, which takes a softly-softly approach to programming, with practical code examples, advice on using iCloud storage and schematics that show how data is passed between the device and a server.

If you get stuck, the best place to look for help is often the forums, where developers get together to swap code, discuss problems and assist each other. Pitching in and helping others before submitting your own request for assistance is a good way to get yourself known, which should make others more amenable to offering a helping hand in return. You’ll find the forums here. 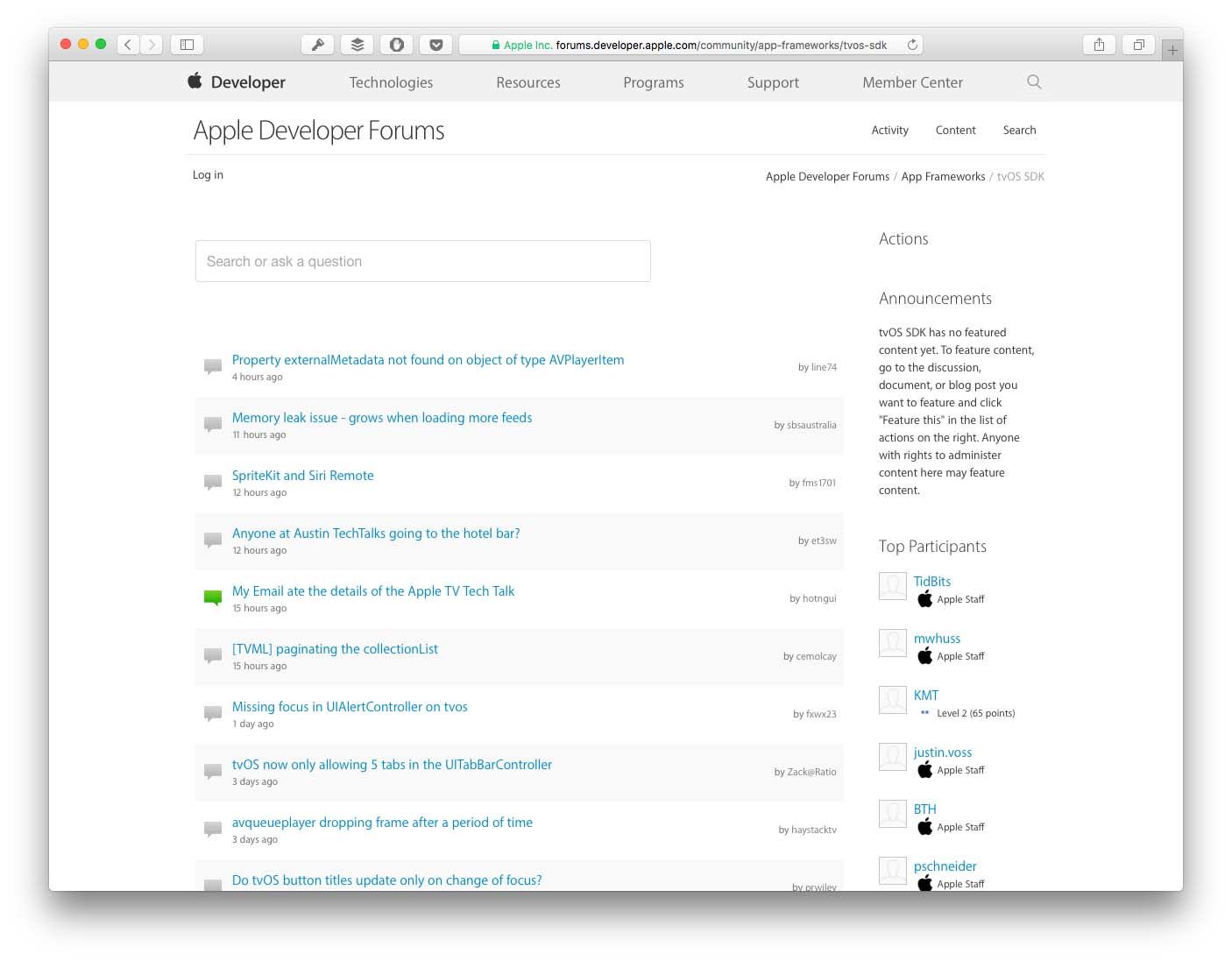 iOS developer Chris Wagner has written an easy to understand outline of the basic concepts involved in tvOS development, and the core features of the platform. It’s comprehensive without being wordy, and well worth bookmarking as you take your first steps as it presents everything in one place, so you’ll spend less time searching. 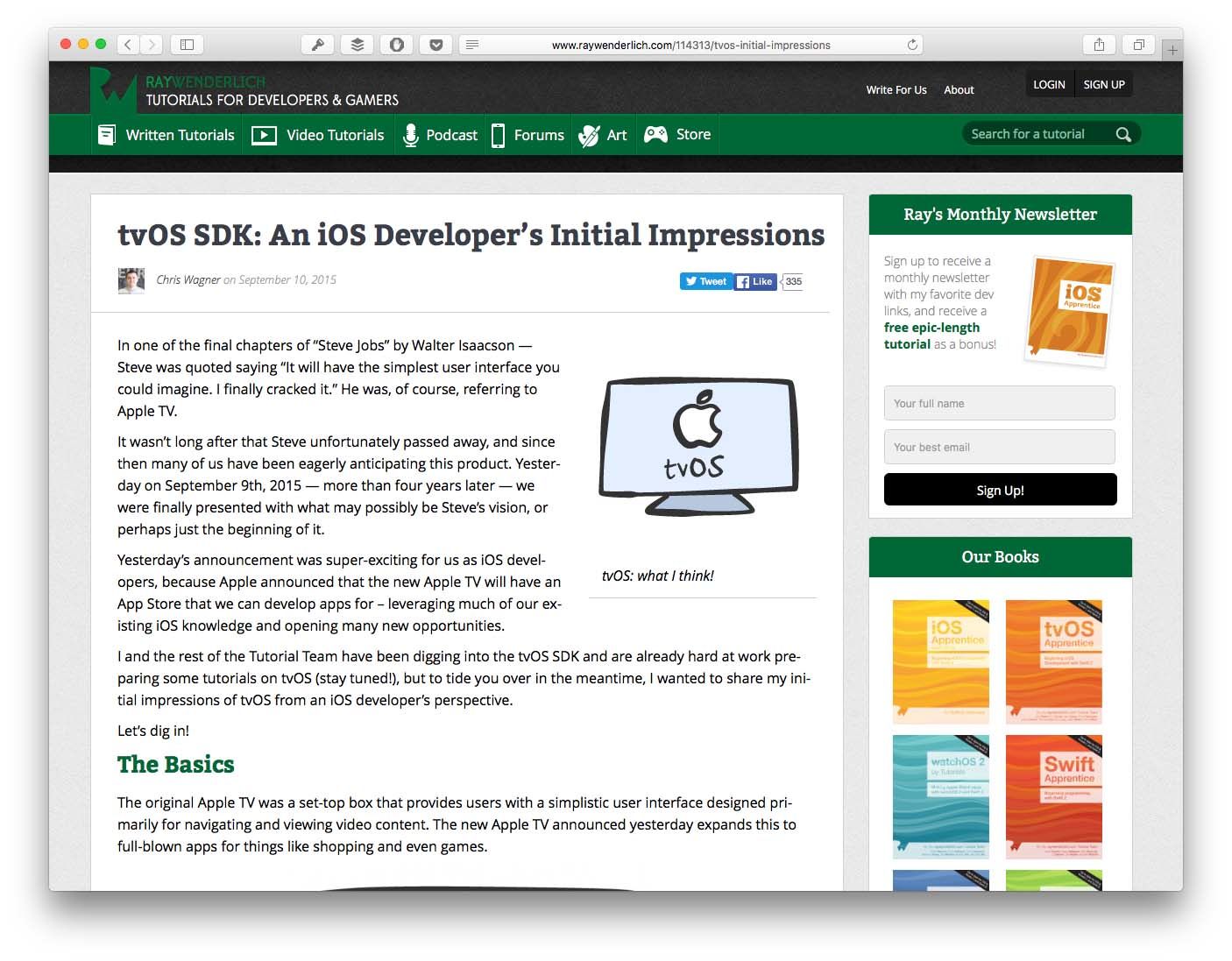 Apple TV applications use a mix of Swift, Objective-C and Javascript, so familiarise yourself with all three. Swift is the newest among them, and is the language that Apple has settled on for development across all of its platforms, including iOS and OS X.

Check out Macworld’s own Complete Guide to Swift 2, and when you’ve worked your way through that be sure to download Apple’s own guide, The Swift Programming Language (Swift 2.1) from the iBooks Store. It’s a comprehensive reference to the structure of the language, running to 500 pages, with practical code examples throughout, logical sections and supporting text that explains everything in plain, clear English. Better yet, it’s free. 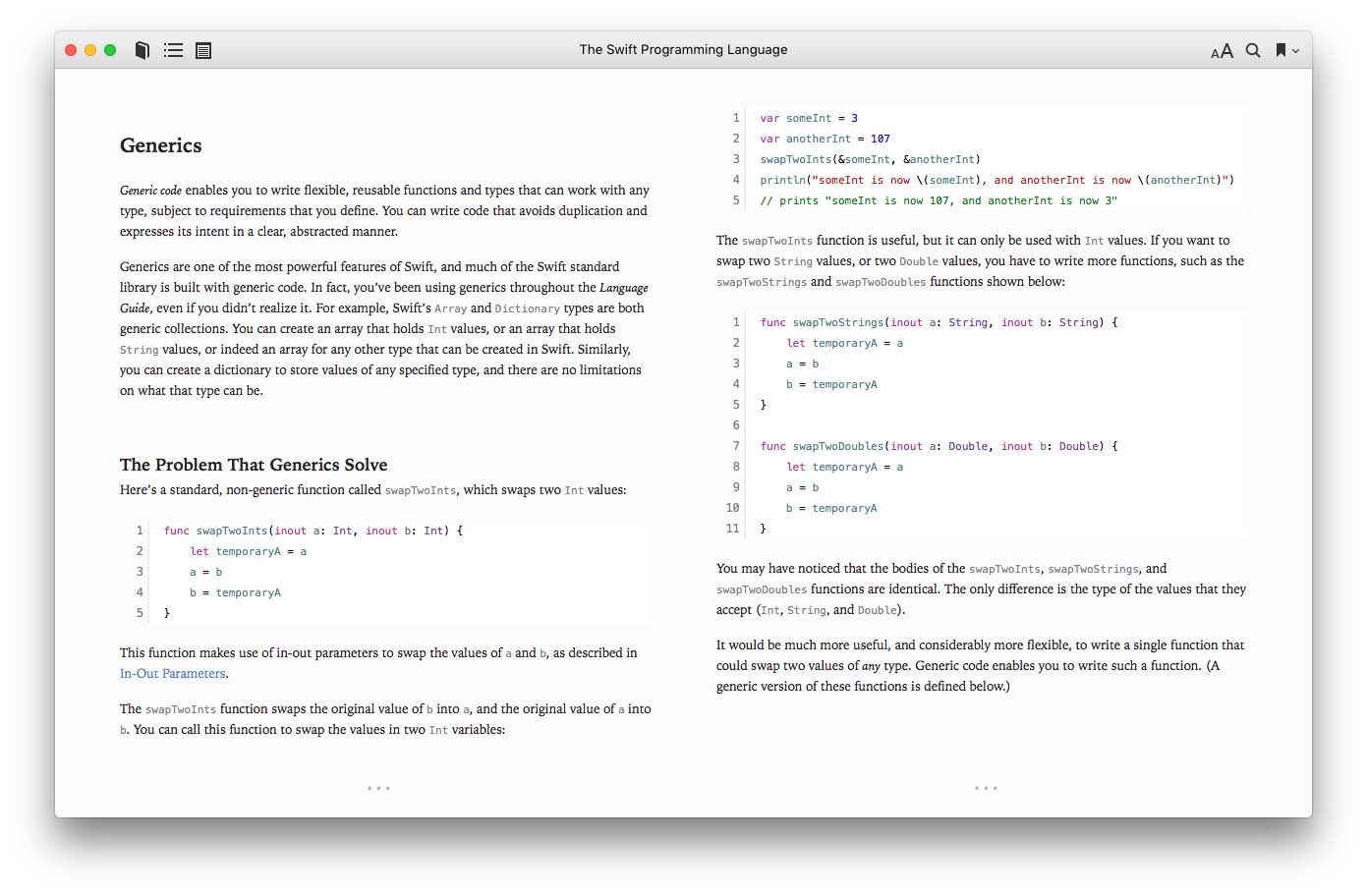 Although it’s aimed at iOS developers it’s also well worth checking out AppCoda’s free programming course, which has extensive sections on Swift and many of the features that have been carried over from iOS to tvOS. 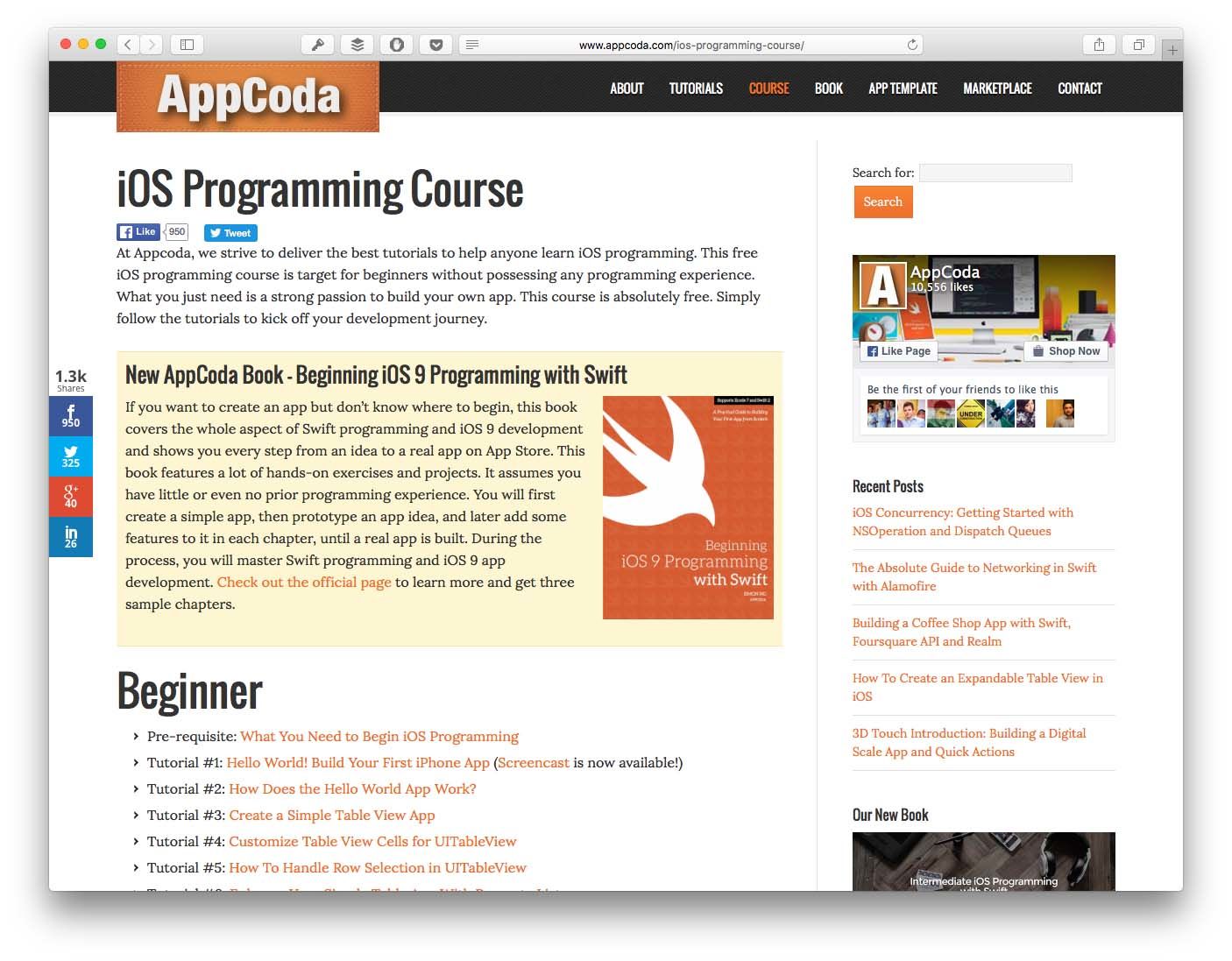 Mozilla has published an extensive guide to the non-web aspects of JavaScript that focuses on back-end programming tasks rather than just those parts that are specific to web pages. It’s broken down into 14 chapters, each with indexed sub-sections, so you can either use it as a learning resource or, when you get more comfortable with the language, a quick reference tool.

Online courses to learn to program for Apple TV

If you find it easier to learn a new subject when following a structured course, rather than using a book, plenty of online providers have specific Apple TV offerings.

On Udemy, the Apple TV App Development for tvOS course comprises 82 lectures running to a total of 16 hours. It’s aimed at beginners, but you will need some familiarity with Swift. If you don’t already know swift, the course leader recommends you check out ‘iOS 9 & Swift 2: From Beginner to Paid Professional’ first. At £160, it’s not a cheap course, but with close to 5000 students already enrolled, it’s earned itself a score of five out of five from 117 ratings. Find it here. 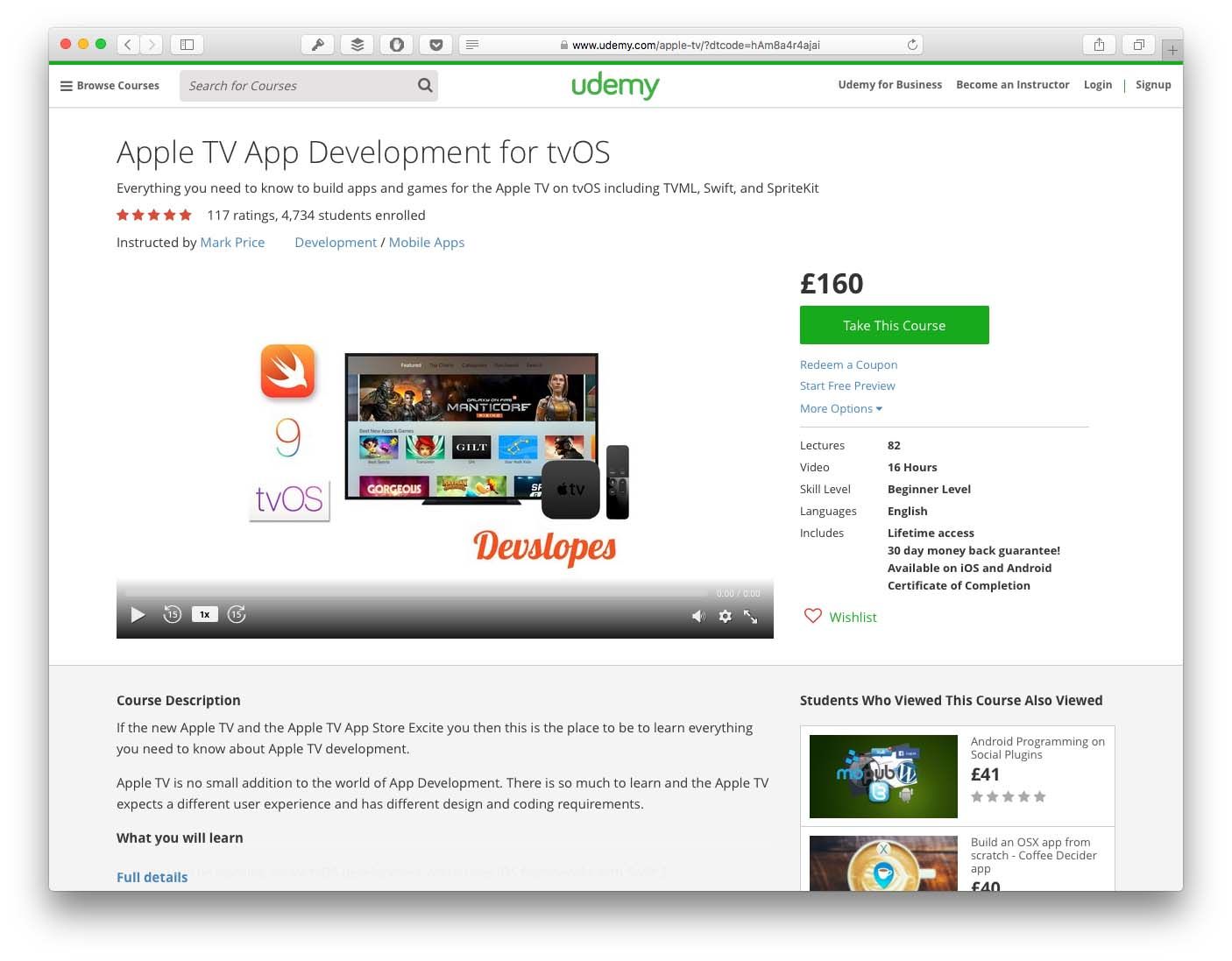 Over on YouTube, a free 47 minute introduction to developing for Apple TV using Swift inside Xcode gives you a whirlwind run-through of the whole process, including creating top-shelf items (which appear at the top of the Apple TV interface) and parallax effects, which are a requirement of tvOS app icons.

For a grounding in JavaScript, check out JavaScript Essential Training on Lynda.com. Aimed squarely at beginners, it’s so far clocked up 159,754 viewers, and covers all of the fundamentals, including structure, creating functions and variables, writing conditional code and handling events, all of which will be useful when developing for Apple TV. Lynda works on a subscription basis, rather than charging for individual courses, with plans starting at £14.95 per month. 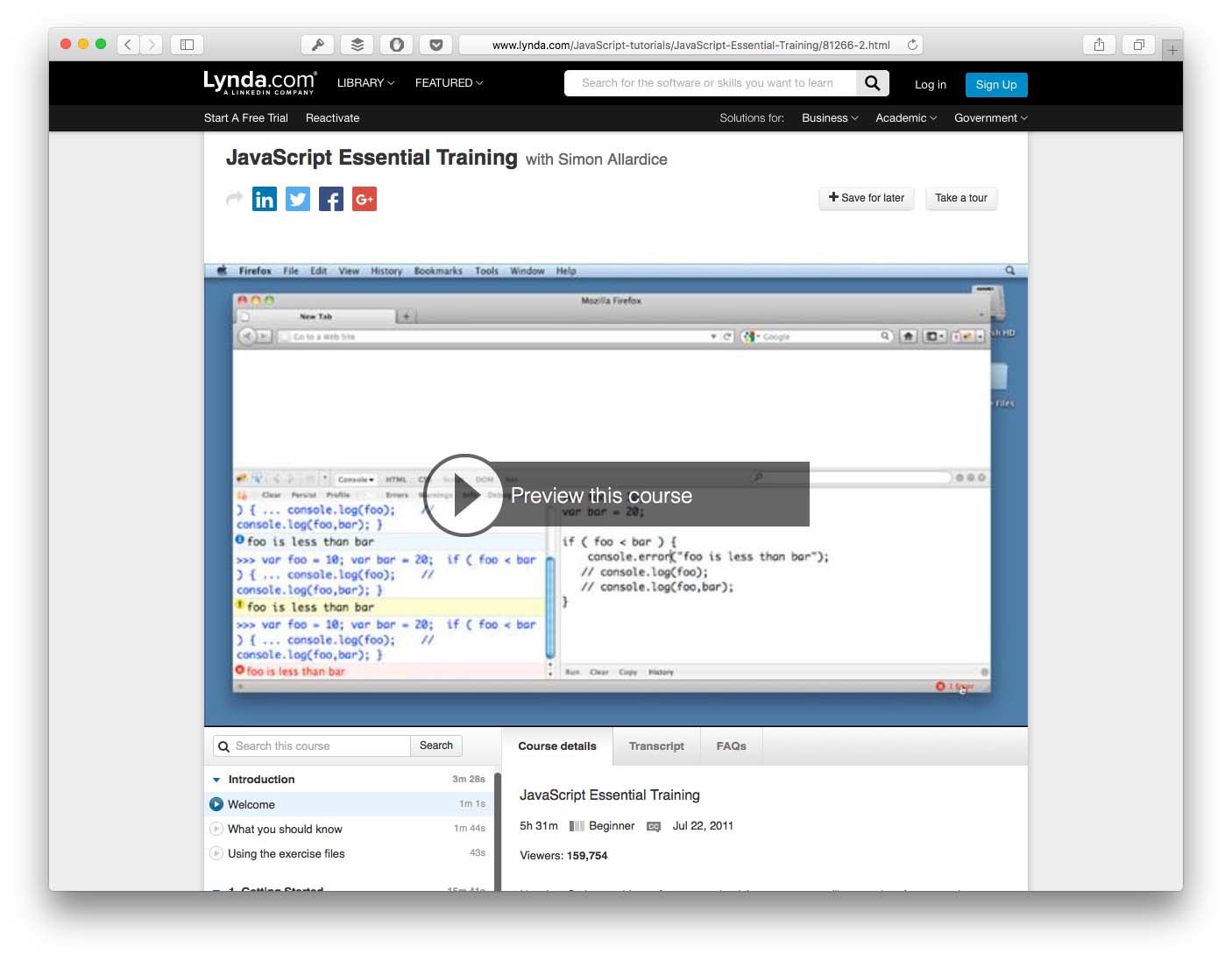 Those who can, do…

As with any new activity, the best way to cement what you have learned so far is to practice, so try and set aside at least a little time every day to employ what you’ve most recently read about, even if it’s only in the form of a self-assigned quiz or test.

Read next: Best Mac for app development and How to make an iOS game