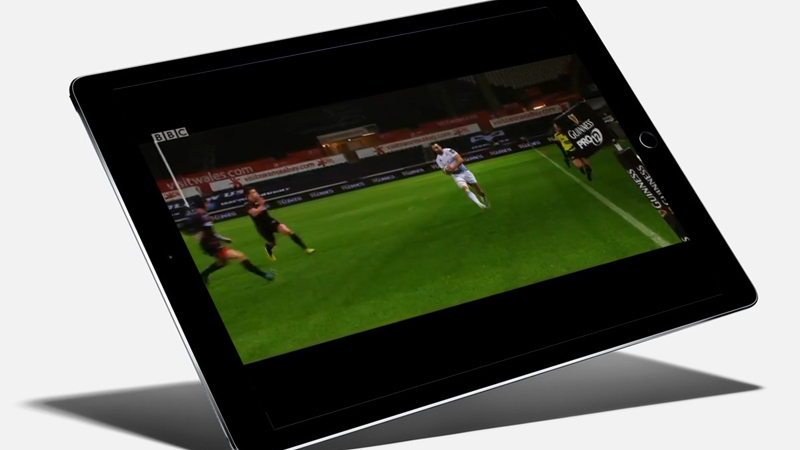 Can I watch the Rugby Six Nations live on my iPad?

The Rugby Six Nations, the annual rugby tournament between England, France, Ireland, Italy, Scotland and Wales (placed in alphabetical order to avoid any accusation of bias), starts on Saturday 6th Feb 2016. If you want to watch the rugby live but you won’t be near a telly, you’ve come to the right place, because in this article we’re going to explain how to watch Six Nations Rugby on an iPad or iPhone.

How to watch Rugby Six Nations on an iPad or iPhone: The apps

The Six Nations is being shown on terrestrial TV, happily, but the matches have been mixed up between BBC and ITV; on the opening weekend, for instance, the BBC have live coverage of the France/Italy and Scotland/England games and ITV are screening the highlights later, while the situation is reversed for Ireland/Wales on Sunday. And with England fans making up the biggest slice of the UK audience, the two have obviously split the England games too.

In other words, if you plan to watch a single team, live, across all five rounds on an iPad or iPhone – or if you want to watch the entire tournament – then you need two apps. BBC iPlayer covers you for the BBC matches, fairly obviously, and ITV Hub (formerly ITV Player) is your go-to for the ITV games.

Both apps are easy and free to use. You can simply stream live your choice of channel, or download or stream past coverage. 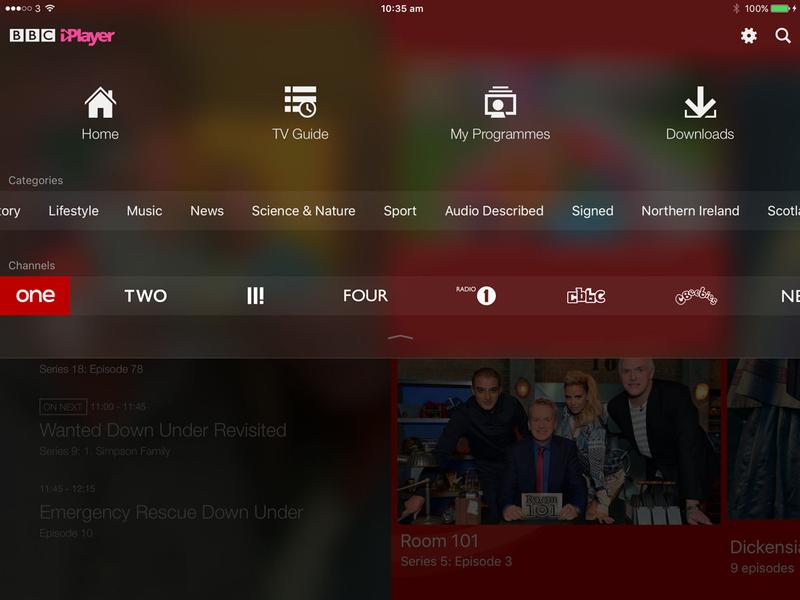 On BBC iPlayer, tap the Menu option at the top-left and then, under Channels, select One. (As far as we know – and barring sudden breaking news stories such as a prime minister resigning, presumably – all the live games that the Beeb have acquired will be shown on BBC 1. The France/Italy and Scotland/England games on 6th Feb are certainly scheduled for BBC 1.) You’ll see what’s on now on that channel, and the next two programmes afterwards, in the lefthand tab; hit the thumbnail of the current show to start streaming the channel live. 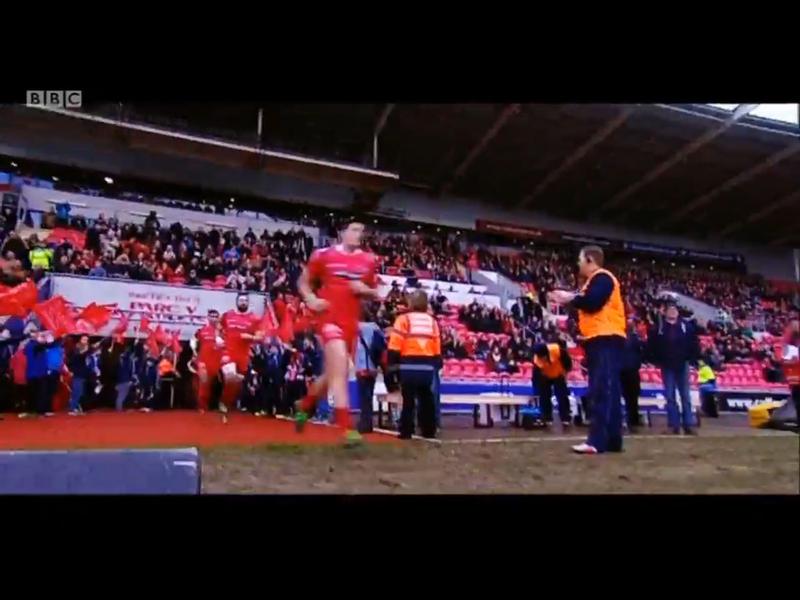 If you miss a game you should be able to download it afterwards; select Menu then Sport, under Categories. There’s a Search icon at the top-right corner.

ITV Hub works similarly. You can swipe left and right to see now and next information for each of the channels, or hit the Live TV button at the top-right to see a dropdown menu of the six programmes currently showing on ITV (no longer called ITV 1, apparently), ITV 2, ITV Be, ITV 3, ITV 4 and CITV. As with the Beeb, we expect ITV to put all its live rugby match on its first channel. Tap the channel you want to stream live, and then wait while the inevitable advert plays. 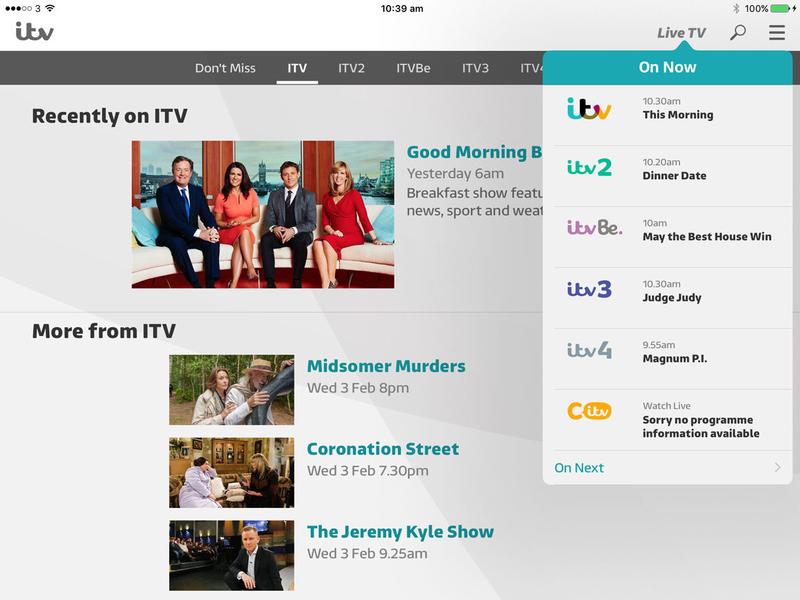 Popular past programming is listed under the now and next information for each channel – tap one to watch it – but it may be easier to use the Search icon at the top right. 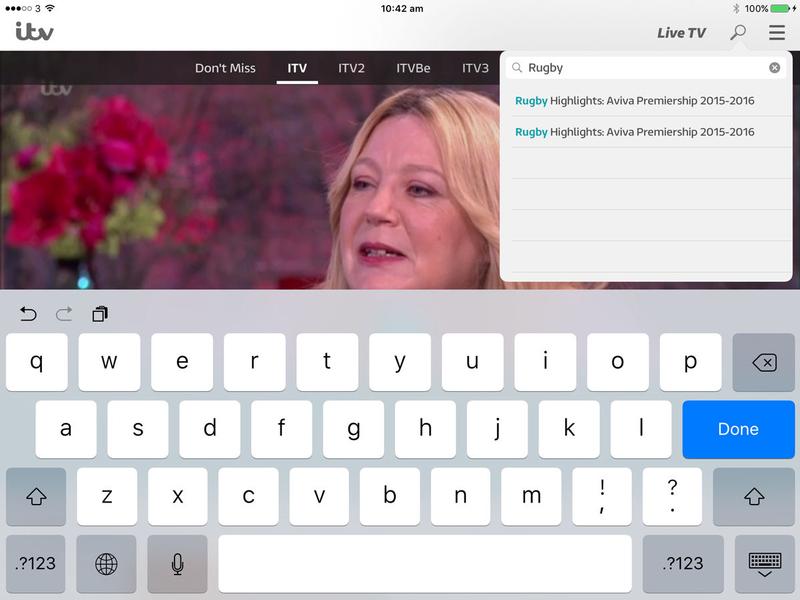 How to watch Rugby Six Nations on an iPad or iPhone: The fixture list

The matches start this Saturday (6th Feb), with France hosting Italy, England travelling to Scotland and Ireland at home against Wales. There are five rounds altogether, each one played across two days (usually a weekend) and featuring three matches: all six teams are involved in each round.

How to watch more sporting events on Apple devices:

and don’t forget festival season: How to watch Glastonbury 2016 on iPad or iPhone