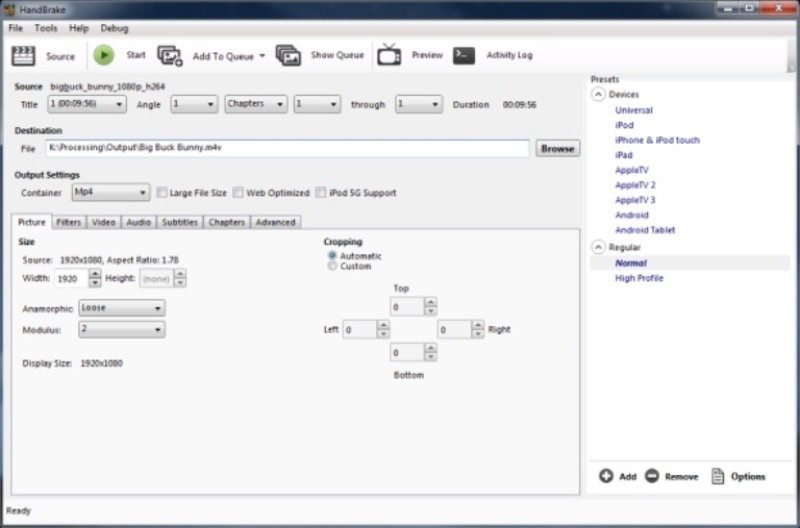 More and more, physical movies are becoming a thing of the past; even Apple itself has made a conscious move away from physical discs with the removal of DVD drives from its computers. But DVD and Blu-ray films and TV shows aren’t gone completely, and you’ve probably got some lying around the house.

In this article we show how to rip DVDs (with or without DRM) and Blu-ray Discs to your Mac, so you can watch your movie collection on your iMac’s 5K screen or transfer them to your iPad to watch on the go. We also cover the legal side of things, for those who are wondering if ripping is illegal.

For advice on the hardware see our roundup of the best DVD and Blu-ray drives for Mac.

Is it legal to rip DVDs?

This depends on where you live. But most of the time, in the US and the UK, ripping DVDs and Blu-ray Discs is illegal, even if you paid for it. You’re unlikely to be prosecuted for making personal copies, but this is the (very slim) risk you take.

In 2014, the British government introduced the Copyright and Rights in Performances (Personal Copies for Private Use) Regulations 2014, which as the name suggests allowed users to copy digital media, including DVDs and Blu-rays, for personal use. But this was later quashed by a High Court ruling in 2015, which insinuated that the government was wrong to allow the public to make copies of CDs and DVDs on the basis that there would be no compensation for those whose copyright was infringed.

In the US, things are murkier but most legal experts would tell you that the key factor is whether the DVD has copyright protection such as a DRM (Digital Rights Management).

“The moment you crack DRM to rip the DVD, you’ve violated Title I of the Digital Millennium Copyright Act,” comments Derek Bambauer, Associate Professor of Law at the University of Arizona. “17 U.S.C. 1201 prohibits circumvention of DRM. Some courts have tried to leaven this rather harsh rule, but most have not.”

In practice, you’re very unlikely to get into trouble for ripping a DVD to your Mac. And if you’ve bought the DVD yourself, most people would argue that you’re on safe ground, ethically speaking. But the decision is yours. 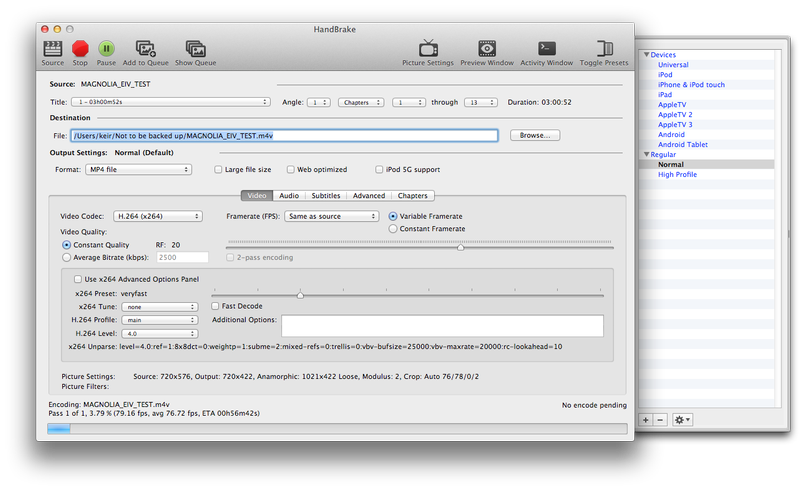 How to rip at DVD on a Mac

With the legalities out of the way, you may own some DVDs and want to make digital copies of them that you can access on your iPad, iPhone, Mac or Apple TV. If you aren’t planning to make copies to sell, or even share with your friends, it’s unlikely that ripping them will get you in trouble. And since DVDs do have a shelf-life, in as much as they may not work in a few years time (or right now if they are very old) you may be wise to digitise them before it’s too late.

Some DVDs come without any digital copy protection, which means you can easily rip their contents to your Mac.

You’ll need some free space on your Mac. DVDs are quite big: they’re likely to hold somewhere between 700MB and 9.4GB of files.

The other thing you will need is an optical drive. This is likely to be a challenge as no Mac has shipped with an optical drive since Apple stopped selling the 2012 13in MacBook Pro in 2016. You can still buy a SuperDrive from Apple for £79/$79.

You may not need an optical drive in your Mac at all – you can access another Mac (or PC) with an optical drive from the Finder of your Mac, a long as both Macs are on the same network. To do so you need to use Remote Disc, we discuss how to do that here.

However, this method won’t work for ripping Audio CDs, Blu-rays or DVD movies, not will it work on any copy protected disks, so it may not work in this situation.

How to rip unprotected DVDs

Assuming you have been able to locate an optical drive that can read your DVD, here’s how to rip the DVD onto your Mac.

Now enjoy your film! If for any reason you have trouble playing the file, we suggest downloading VLC for macOS, which supports a wide variety of video formats.

How to rip copy-protected DVDs

As we explained above, ripping a copy-protected DVD, even if it’s for your own personal use, is illegal. The copy-protection isn’t there just to make your life difficult.

There are options, but they require a bit of a workaround.

One third-party app you could use is the well-known ripping tool HandBrake. Handbrake doesn’t officially allow you to rip a copy-protected DVD, after all that would be illegal. But there is an additional tool that you can download separately that makes this extra step possible. 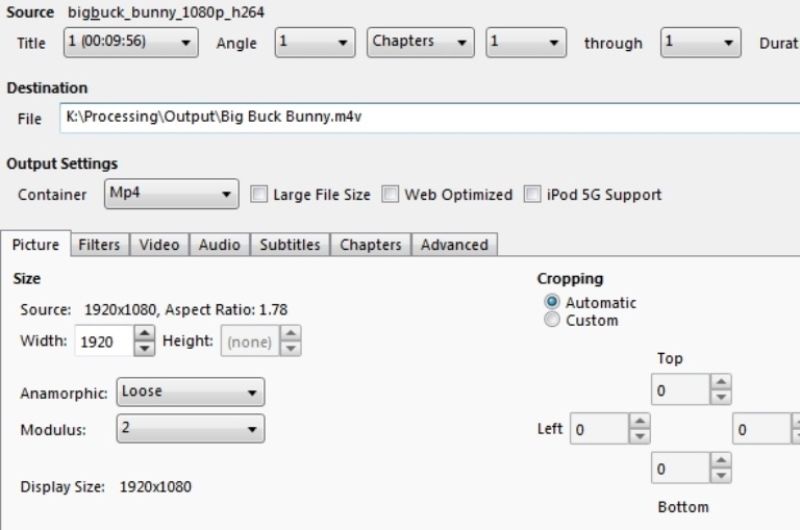 An alternative is MacX DVD Ripper Pro from Digiarty. You can find out how to use that here.

To transfer the ripped file to your phone or tablet, open iTunes, then drag and drop the ripped movie file on top of it. Then attach your device, select it from the dropdown list at the top right, click on the Movies heading, and ensure Sync Movies has a tick next to it, and that your movie file beneath is ticked too. Then click Sync.

If the ripped movie has strange audio or starts in the middle, see this Macworld Q&A.

Due to the DVD being encrypted you might need to download and get libdvdcss. This is an attempt by VideoLAN, creators of VLC Player, to decrypt files. Some video publishers might choose more elaborate methods of encryption, which might prevent you from ripping the DVD all together. This is pretty rare, but is something you should be aware of when performing a DVD rip.

An alternative method to ripping is to clone the DVD, which means you also back up the menu and extras. However, the clone could take up more than 9GB of disk space, and if the disc uses copy protection, this will block cloning.

In this case ripping is generally the best option (see above), although some commercial apps like RipIt ($24.95) can clone even these discs.

Create a new folder named after the movie, then select the DVD disc under the Devices heading on the left. Drag and drop everything you see – likely to be one or two folders called VIDEO_TS and AUDIO_TS – to your new folder. If Finder appears to get jammed then sorry, the disc uses copy protection.

Rename your folder, keeping the movie title but adding .dvdmedia to the end. If the folder is called Star Wars, then you’d rename the whole thing Star Wars.dvdmedia. Once you do this, the folder will turn into a single file. It will also gain a DVD icon, and act like a DVD too – when double-clicked it will start playing in DVD Player. (If DVD Player doesn’t work or is unreliable, try opening it in VLC.) 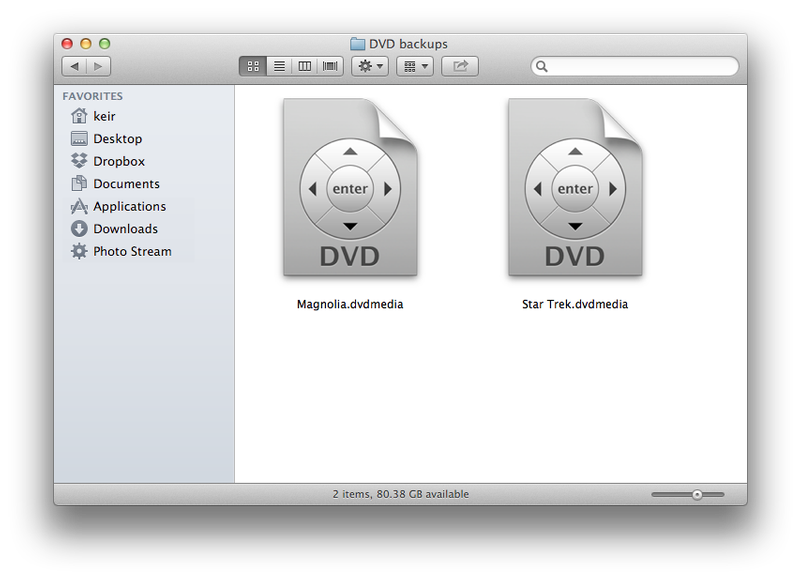 Rip a Blu-ray Disc to a Mac

There are two ways of ripping a Blu-ray Disc to a Mac. The first involves decrypting and copying the entire disc to an .iso disc image. This file will be the same size as the original Blu-ray: about 30GB to 40GB. We used Aurora Software’s Blu-ray Copy (free); a two-hour film took two hours to copy. To play the copy, mount the disc image. In the Mac Blu-ray Player app, choose File > Open File and then select the BDMV file in the disc image. You can also open BDMV files with the VLC Media Player (free).

The second option is to make an MKV file. MKV is a file-container format that can hold video, audio, picture, and subtitle tracks in a single file. GuinpinSoft’s MakeMKV (free while in beta) is a good program for this task. It can decrypt a Blu-ray disc and save whatever parts you want in an MKV container.

The decryption process takes about half the duration of the film; you’ll have an MKV file that you can play back with VLC or other software. If you want a smaller file size, convert the MKV to a smaller file – in the same format, or in a different one, such as an iTunes-compatible MP4 – using a tool such as HandBrake, which we used in the DVD section above.

That’s pretty much all there is to it. In general, playing and ripping Blu-ray discs is fairly easy as long as you’re willing to invest a little time and money.

Read: Should I buy a SuperDrive