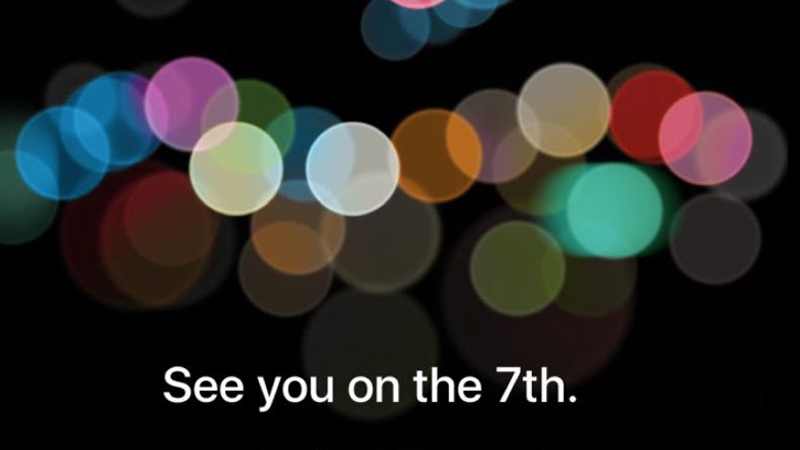 It’s 7 September, and this evening – at 6pm UK time – Apple will launch its latest new products: the iPhone 7, the iPhone 7 Plus, probably the Apple Watch 2 and maybe some Macs. That ought to be more than enough excitement in itself (and you can follow the announcements with our iPhone 7 launch live blog), but we’ve yet to find a situation that wasn’t improved by the involvement of too much alcohol consumed too quickly.

With that in mind, we’ve created a drinking game that will serve for the 7 September launch event and any future Apple keynotes. Get a few mates round, fire up the Apple TV, crack open a few bottles of booze and get tipsy while Tim Cook, Craig Federighi and co do their thing.

Got any more suggestions? Add them to the comments. Oh, and disclaimer: Macworld does not condone excessive drinking. The following instructions are just for fun; if followed strictly they will result in a great deal of vomiting. Pace yourselves!

START: Everyone taking part should be provided with a brimming container of alcoholic beverage, and replace this whenever it runs out.

I will quantify drink ‘forfeits’ by fingers, which refers to the depth a pint of beer should drop by; substitute this with a more conservative sip if drinking hard liquor, fortified wine, Toilet Duck etc.

Members of Team Cook should FINISH THEIR DRINK each time Tim Cook announces a new product.

Members of Team Cook should DRINK ONE FINGER each time Tim Cook says the words ‘incredible’, ‘amazing’, ‘super’ or ‘beautiful’.

Members of Team Cook should DRINK THIRTEEN BILLION FINGERS – okay, ONE FINGER – if Tim Cook makes a reference to taxes.

Members of Team Cook should DRINK ONE FINGER each time Tim Cook says a number that’s higher than a billion (excluding tax references).

Members of Team Cook should DRINK ONE FINGER AND NOMINATE SOMEONE TO DRINK TWO FINGERS each time Tim Cook says a number that’s higher than 500 billion. Nobody can be nominated twice for the same number.

Members of Team Ive should FINISH THEIR DRINK when Jonny Ive appears in a video.

Members of Team Ive should DRINK ONE FINGER every time Jonny Ive uses the word ‘simple’, or ‘simplicity’, or any variant of these.

Members of Team Ive should DRINK TWO FINGERS if Jonny Ive uses the word ‘aluminium’ and says it the English way.

As well as Jonny Ive, members of Team Ive are also in charge of other non-Tim Cook presenters. They should therefore DRINK ONE FINGER each time someone physically arrives on stage (not on video link-up, audience shots etc) who is not Tim Cook.

But there is one exception: members of Team Ive should DRINK ONE FINGER any time we get to see Craig Federighi AND THIS DOES INCLUDE VIDEOS, FUNNY SELFIES IN IMESSAGE DEMONSTRATIONS, AUDIENCE SHOTS ETC.

Everyone should DRINK TWO FINGERS if someone on stage claims something is “the best _____ yet”.

Everyone should FINISH THEIR DRINK THEN GET A NEW DRINK AND FINISH THAT TOO if someone on stage admits that the new product isn’t as good as the one that launched last year.

Everyone should SHOUT THE WORD ‘MAGICAL’ the first time someone on stage says it. Whoever says it first becomes Honorary Craig Federighi for the evening.

Each subsequent time someone says the word ‘magical’, Honorary Craig Federighi must NOMINATE SOMEONE TO FINISH THEIR DRINK. Nobody can be nominated twice in a row.

Everyone should FINISH THEIR DRINK if anyone comes on stage who has the same first name as them.

Everyone should BE SENSIBLE AND DRINK TAP WATER for the duration of any appearances by Microsoft employees or anyone explicitly connected with a Microsoft product.

If anyone on stage announces a service being brought to one or more new countries, each person watching must CHOOSE ONE OF THE COUNTRIES AND DRINK SOMETHING FROM THAT COUNTRY BY THE END OF THE KEYNOTE. The US and the UK are not eligible for this.

As discussed below, Apple has sent out invitations to a press event tonight (7 September), starting at 6pm UK time. This event is sure to include the iPhone 7 in some form or another.

If you want to hear about the announcements as they happen, along with expert analysis of what they mean for you, then this page should be your first stop – bookmark it now! Come here tonight (7 September) at 6pm to read our liveblog, embedded below, which will be feverishly updated throughout the night with all the announcements and our independent analysis of their significance.

You can also watch the iPhone 7 announcements (and those related to any other products that pop up, such as the Apple Watch 2 or new MacBook Pro) via Apple’s official live video stream.

The live stream uses Apple’s HLS (HTTP Live Streaming) technology, which requires either an iPhone, iPad or iPod touch with Safari running iOS 7 or later, or a Mac with Safari 6.0.5 or later on OS X 10.8.5 or later. Those with an Apple TV (second/third/fourth generation) can also stream the video via the dedicated Apple Events app; if using the second- or third-gen Apple TV models you’ll need to be running software 6.2 or later. Windows users can stream via Windows using Microsoft Edge on Windows 10.

Return to this page this evening (7 September) from around 5pm UK time for all the latest news and announcements from the iPhone 7 launch event in our liveblog, embedded below.

The UK Tech Weekly Podcast team discuss the prospects for the iPhone 7 and iPhone 7 Plus – as well as the Samsung Galaxy S8, and the nature of smartphone leaks and the rumour mill in general – in episode 20. The section about the iPhone 7 and other future smartphones starts at 22:00.