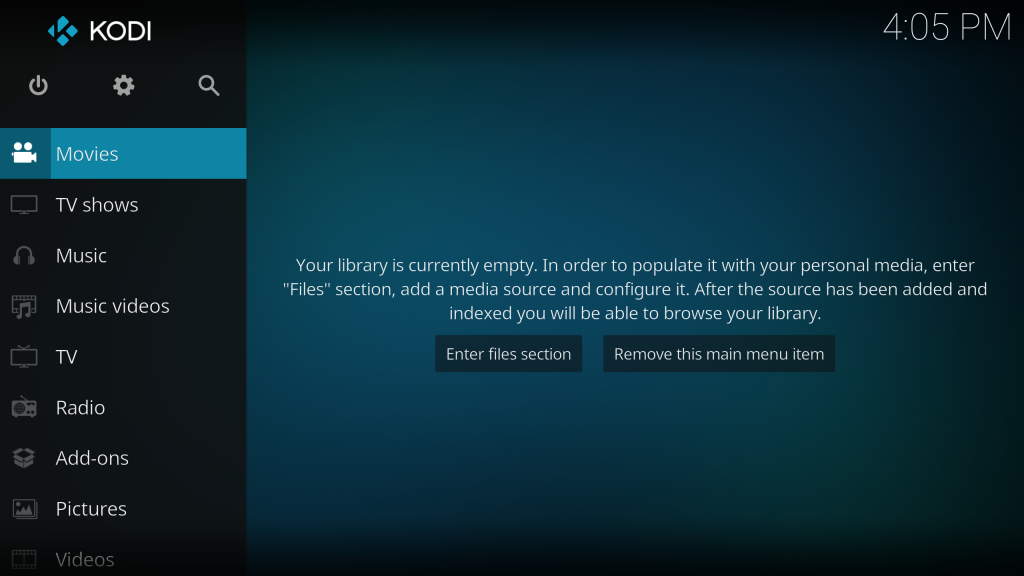 Kodi is a free, open-source media player. Kodi started off on the Xbox, where it was known as Xbox Media Center (or XBMC), but that feels a long time ago: the software is now available on a huge range of platforms and in more than 65 languages, and incorporates the work of hundreds of programmers. And it’s now known as Kodi, of course – the name change happened in 2014.

So Microsoft isn’t in charge any more?

You can donate to the XBMC Foundation, and possibly should if you enjoy the software. They accept Bitcoin.

What does Kodi do?

Well, yes, but Kodi is designed to act as a media centre – the original idea was to install it on a PC that’s connected to a big-screen TV – and has specific features for that role. Such as a ’10-foot user interface’, designed to be legible on a TV when sitting on a sofa, and compatibility with remote control hardware or software.

And speaking more generally, there are some advantages to Kodi that you don’t get with other media players. It’s compatible with a very wide range of file formats and OS platforms, and its open-source nature, high profile and large base of programmers mean there’s a vast range of add-ons and reskins that you can download to customise the software to your heart’s content.

Which operating systems is Kodi compatible with?

Kodi v17 ‘Krypton’ is available on Windows, macOS, Linux, iOS, Android, Raspberry Pi and some others. Have a look here. 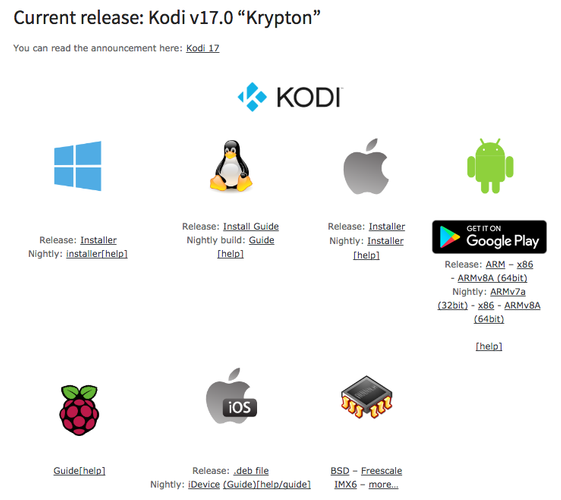 Note that the iOS version is for jailbroken iPhones and iPads, but there is a (slightly complicated) workaround that lets you sideload Kodi on to a non-jailbroken iDevice, which we explain here: How to get Kodi on iPhone or iPad (without jailbreaking).

I still don’t get why everyone loves Kodi so much.

It’s quite popular – and apparently very good – for watching ‘pirated’ copyrighted content for free. The XBMC Foundation, understandably, distances itself from such use.

XBMC Foundation president Nathan Betzen has criticised third-party developers who “make a quick buck modifying Kodi, installing broken piracy add-ons, advertising that Kodi lets you watch free movies and TV, and then vanishing when the user buys the box and finds out that the add-on they were sold on was a crummy, constantly breaking mess.”

What about the Premier League Kodi piracy court order?

The Premier League recently secured a court order that enables it to tackle illegal video streams of football matches via Kodi set-top boxes, currently one of the biggest draws for those that use the media streamer for illegal streaming.

Until now, it could only take down individual video streams which were relatively easy to re-establish under another URL, while a Premier League spokesman says it can now target pirates in a “precise manner” and that “for the first time, this will enable the Premier League to disrupt and prevent the illegal streamer of our matches via IPTV, so-called Kodi boxes”.

So, if you’re looking to download Kodi to watch illegal streams of your favourite football matches, don’t bother.

We would never advocate that sort of nonsense.