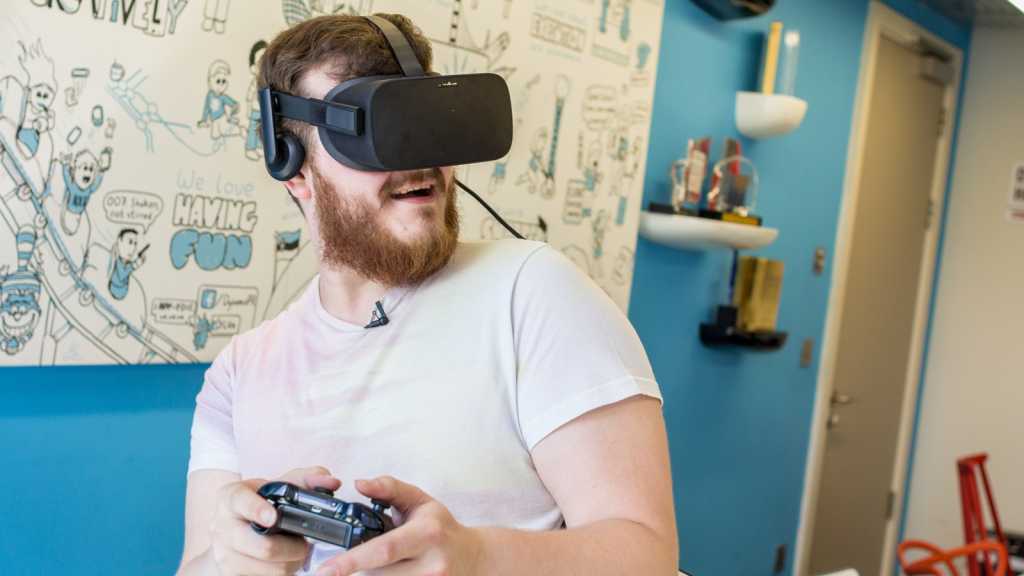 With the likes of the hugely popular HTC Vive and Oculus Rift now available to buy around the world, many Mac users are wondering if you can use VR on a Mac and if so, how.

With the Oculus CEO Palmer Luckey previously stating that no current MacBook would be strong enough to power the Oculus Rift, we’ve looked into the possibilities of running VR on a Mac and, well, the outlook isn’t great. Read on to find out more.

Can you use VR on a Mac?

While it is technically possible to run VR on a Mac – take a look at this gamer’s 2014 iMac-based VR setup on YouTube – it’s long-winded for most users. But while it’s difficult to run VR on a Mac at the moment with a lack of support from VR devs and Apple alike, that’s likely to change in the near future.

Read next:  Can you use Oculus Rift with Mac?

Apple took to the stage at WWDC 2017 to showcase a range of new hardware and software, from a new 10.5in iPad Pro to iOS 11 and of course, macOS High Sierra. While High Sierra is more of an incremental upgrade from Sierra, there is one new feature that has gamers and developers excited: support for SteamVR and HTC Vive.

VR developers Industrial Light and Magic demonstrated a native HTC Vive demo on a Mac system on-stage, allowing the presenter to drop various elements – including TIE Fighters, Imperial Cruisers and Darth Vader – into a Star Wars-themed world using only an onscreen UI and the HTC Vive (and wands).

While SteamVR support is headed to macOS High Sierra and will be available to Mac users later this year, it’s worth noting that the individual VR games and experiences available on Steam will need to be updated to offer Mac support – SteamVR support alone isn’t enough. This move is more for developers than the public, although it’s not to say that developers won’t take advantage and update their games in due course.

So, while SteamVR is coming with macOS High Sierra, users may need to wait a little longer before Mac-based VR games are available to download on Steam.

While newer Macs will take advantage of more powerful GPUs to provide the buttery-smooth 90fps refresh rate required for comfortable VR, what about older Macs? While the introduction of Metal 2 should boost the graphical performance of the Mac range, Apple is also set to sell a separate GPU enclosure for older systems.

The GPU enclosure is said to connect to the Mac via Thunderbolt 3, meaning those without a Thunderbolt 3 port on their Macs are out of luck. Inside the GPU is an AMD Radeon RX 580 graphics card, more than enough to provide a high-end VR experience on a Mac.

The enclosure will initially be made available to developers only, but we imagine that it’ll change once more VR (and non-VR) Mac games start to appear on Steam and other VR platforms.

So, if you really want to use VR on a Mac and don’t want to wait until Autumn 2017 for the release of macOS High Sierra, there is one possible (and very expensive) option.

We haven’t tried it ourselves and we’d probably recommend buying a PC because it’s both cheaper and easier, but hey! Good on you, you dedicated Apple fan.

The 2011 Mac Pro is the best option for those looking to Dr. Frankenstein their Mac and make it VR capable as it features a PCI-e slot for graphics cards and it’s fairly easy not only to upgrade the RAM, but the CPU too.

The recommended minimum specs for VR on a PC are as follows, so it’d be best to match the spec as best you can:

Even with a ‘can do’ attitude to using the 2011 Mac Pro to run VR on a Mac, there will be issues.

Firstly, and probably most importantly, even though the GTX 970 (or whatever card you choose to use) should perform as usual when booting in Windows, there probably won’t be any Mac-specific drivers and as such, the graphics card won’t work when trying to load up OS X.

That means that if you do decide to use the Mac Pro as a VR machine, you’ll be tied to using Windows. We know, great eh? You spend a considerable amount of money to run VR on a Mac and while that’s technically what you’ll be doing, you won’t be able to run OS X.

So, to summarise, we’ve shown you that while it’s theoretically possible to use VR on a Mac, the reality is that it’s awkward to do and ridiculously expensive and even then, you could still run into compatibility issues.

Our advice for VR enthusiasts wanting to use the HTC Vive or Oculus Rift is to (surprisingly!) wait for macOS High Sierra support or go out and buy a capable gaming PC. Not sure what to look for? Our colleagues at PC Advisor has the perfect  VR PC buying advice.