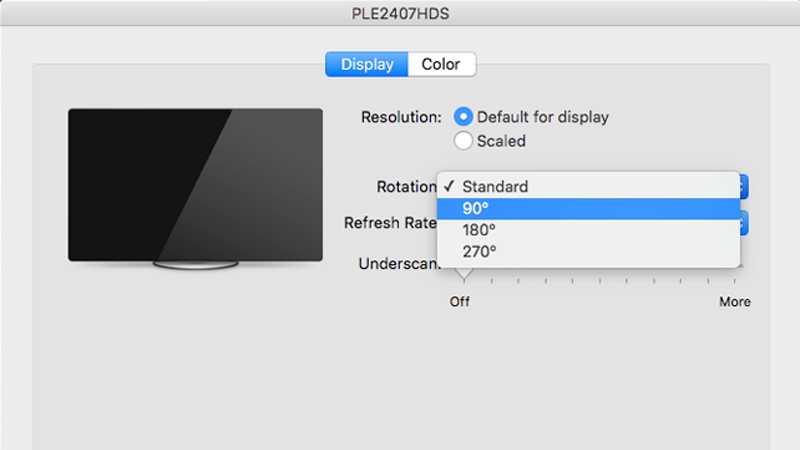 How do I rotate my Mac’s screen? For working on spreadsheets or Word docs I often feel it would be more useful to have the display in Portrait orientation.

For certain apps, games and functions (such as writing code, digital art, or when using a PC as a status-update screen in a public space), it makes sense to rotate your Mac’s display. A landscape-orientation (frequently widescreen) display is good for most tasks but not all, and turning the screen round and using it in portrait orientation can be a useful option.

Physically, turning round the display is obviously just a question of accessing the screen mount and rotating it if this is possible, but you’ll also need to access the software settings and tell macOS (or Mac OS X) to output the graphics in a view that’s rotated 90 degrees clockwise or anti-clockwise (or even 180 degrees, if for some reason you want to use your display upside-down). Fortunately this part of the process is very straightforward, and we walk through this process below.

Be aware that not all monitors can be rotated, and in our experience this works better for external monitors than for the built-in display of a laptop. (Then again, there aren’t a lot of situations in which you’d want to.) For those who are desperate to rotate a MacBook’s built-in screen we have found a workaround that works, but it has side effects, sometimes causing a persistent minor problem (for which we have a fix) and on at least one occasion that we are aware of, a much more serious problem for which we do not have a fix. So we also explain in the MacBook section of this article why we don’t recommend rotating a laptop’s built-in screen.

Read next: How to use your iPad Pro as a second Mac screen | New Apple 5k monitor rumours

How to rotate the screen on a Mac

1. Open System Preferences (you can click the Apple logo at the top left of the screen and select ‘System Preferences…’ from the dropdown menu, or select its grey-cog icon from the Dock assuming you’ve not removed it). Select Displays – the first option on the second row.

2. Under the Display section (make sure this is highlighted blue at the top, rather than Color), there’s a option labelled Rotation, which defaults to Standard. Change this to 90 degrees to rotate your screen clockwise one quarter-turn. 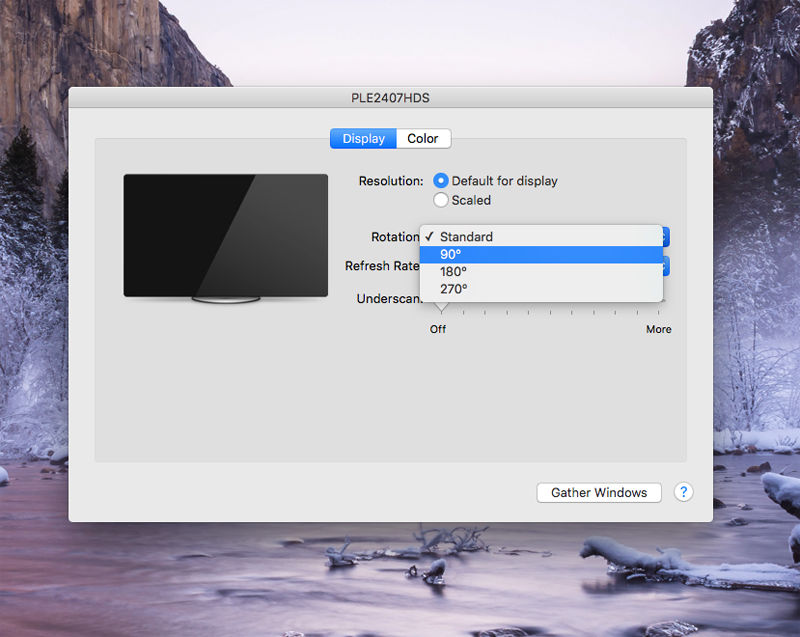 (Note that if you’ve got two screens then two windows will appear at this point: one for each display. You can rotate each one separately if you wish and the hardware supports it.)

What if the Rotation setting doesn’t appear?

Generally speaking, the Rotation field appears if your hardware supports this feature, and is hidden if it doesn’t. If Rotation isn’t listed under Displays then you’re probably out of luck.

However, in earlier versions of Mac OS X, the Rotation field doesn’t appear automatically, and we’ve found that even in macOS Sierra, System Preferences can be forced to offer a Rotation setting even if it didn’t do so automatically. Hold down Alt and Cmd while clicking System Preferences’ icon and then keep holding it while clicking the Displays icon, and you may well see a Rotation setting that wasn’t there before. (Some people report that just holding down Alt + Cmd while opening Displays does the trick, but we’ve found that you need to do so while opening System Preferences too. Your mileage may vary.)

Be warned that when we’ve used this override to make the Rotation setting appear for a laptop’s built-in screen (as we will outline later in this article) we got into difficulties, and we wonder if the Alt + Cmd override is causing System Preferences to present an option that isn’t officially supported by the hardware.

Read next: How to take screenshot on Mac | Best Mac keyboard shortcuts 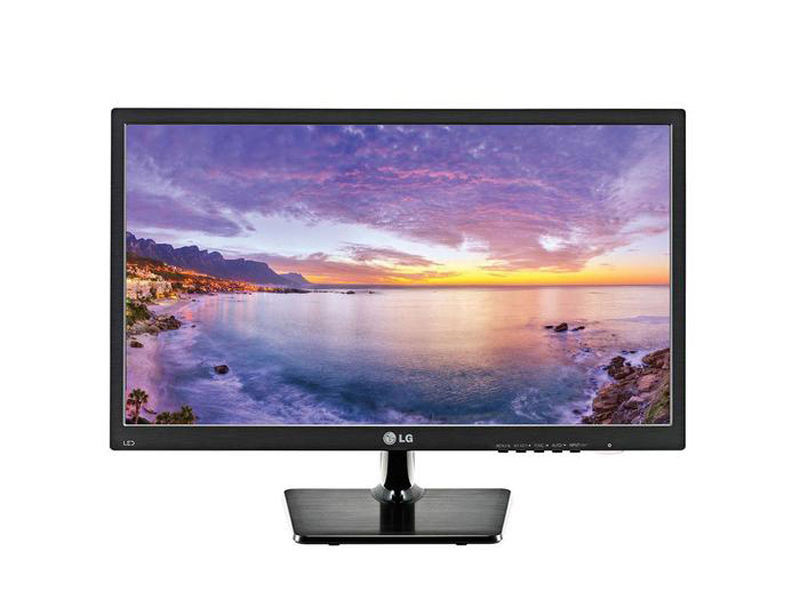 How to rotate a MacBook’s built-in display

As outlined above, laptops, or at any rate MacBooks, generally don’t offer the option to rotate their built-in screens. You can try to get around this by holding down Alt + Cmd while opening System Preferences > Displays, and then selecting the new Rotation setting that has now appeared.

But here is a warning.

Some people have found that while rotating the screen on a MacBook can be achieved by holding down Alt and Cmd while selecting Displays from System Preferences, this then causes serious problems afterwards.

The author’s brother did this but then found his MacBook (12-inch 2016 model, running macOS Sierra) became completely unusable: “It’s gone into a loop of glitch screens and crashes… I can’t see anything on the screen, so can’t get into System Preferences to change it back, then it crashes.”

We tried to replicate the issue on our workhorse MacBook Pro (13-inch 2015 model, running macOS Sierra, and with a second external monitor attached and set as the primary display) and got a different but also problematic result: the laptop screen went completely black, and the Displays section of System Preferences (viewed via the external monitor) no longer recognised the existence of the laptop screen, even though the laptop itself was clearly still working.

This issue has been reported elsewhere, as have some workarounds; most users find that shutting down the laptop and restarting fixes the problem and leaves the laptops screen in the desired rotation. The author of the above-linked thread has found that pressing Shift + Cmd + Q followed by E, to return to the login screen, has a similar effect. We tried it and it did indeed fix our problem, leaving us with a normal external monitor and a built-in laptop monitor rotated 90 degrees. 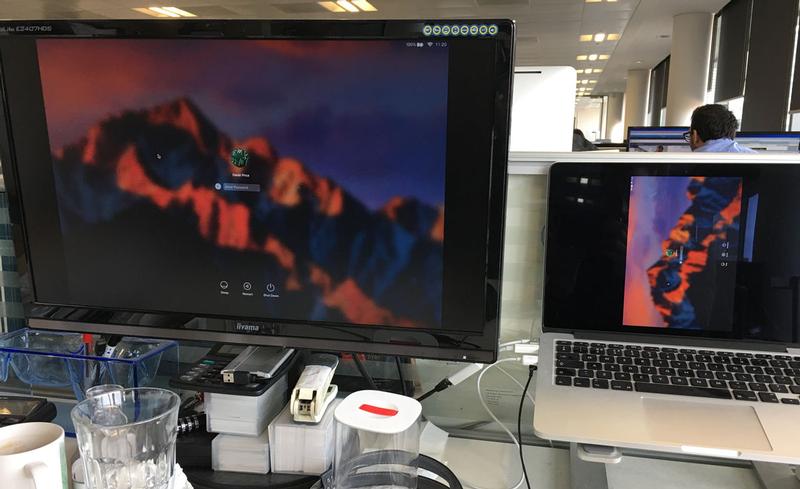 Holding Alt + Cmd while selecting System Preferences > Displays and then changing the Rotation setting for the built-in screen back to Standard took us back to square one, with no repeat of the black screen problem.

So this solution appears to be a good one, but it’s apparently too late for the author’s brother, whom Apple Support were unable to help over the phone and who has had to make an appointment to visit a technician in person. And so for the time being, we advise caution when rotating build-in MacBook screens, and wouldn’t recommend this for anyone who isn’t confident about their ability to fix problems that arise. We do wonder, indeed, if the Alt-Cmd override trick is actually allowing us to access features that are not officially supported by the hardware, and thus A Bad Idea.

Be careful with your display when rotating it. It’s important to ensure that it won’t overbalance and that a different orientation isn’t likely to place undue strain on the mounting – not all displays, and not all display mounts, are designed to be rotated to this extent. If in doubt, check the documentation online.

If the mounting mechanism isn’t up to the job, it may be worth considering a new monitor. For our detailed buying advice on that front, see Best screens & monitors for Mac.