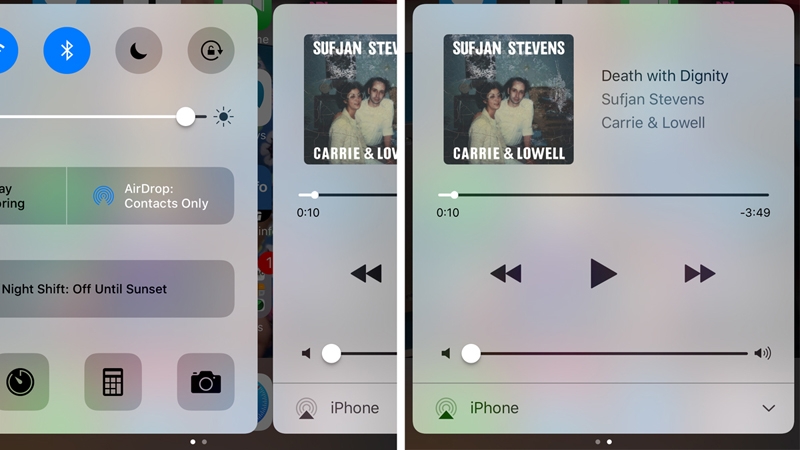 Where have the music controls in Control Centre gone? How do I play, pause, rewind and fast-forward my music in iOS 10, and how do I change or mute the volume?

How to access music controls in iOS 10 Control Centre: Summary

The music controls are still in the Control Centre in iOS 10 – they’re just in a little screen of their own. After opening Control Centre (by swiping upwards from the Home screen), swipe to the left and you’ll see ‘another’ Control Centre devoted to music.

If you’ve updated your iPad or iPhone to iOS 10, there’s a good chance that you’re exploring the new features and getting your head around the (mostly minor) changes to the interface. One change that is causing some confusion affects Control Centre and the way it lets you access music controls, so in this brief tutorial we’re going to explain how to access music controls in iOS 10.

In iOS 9 and earlier, music controls were available in the Control Centre, accessed by swiping upwards from the bottom of the Home screen. This saved you the trouble of having to unlock the phone and open the Music app each time you wanted to play a song.

Swiping up from the Home screen by default brings up a Control Centre that looks much like the old one did, only without music controls: there are toggles for Airplane Mode, Bluetooth, WiFi, Do Not Disturb and orientation lock, a brightness slider, Airplay and AirDrop controls, Night Shift, and the torch, clock, calculator and camera along the bottom. 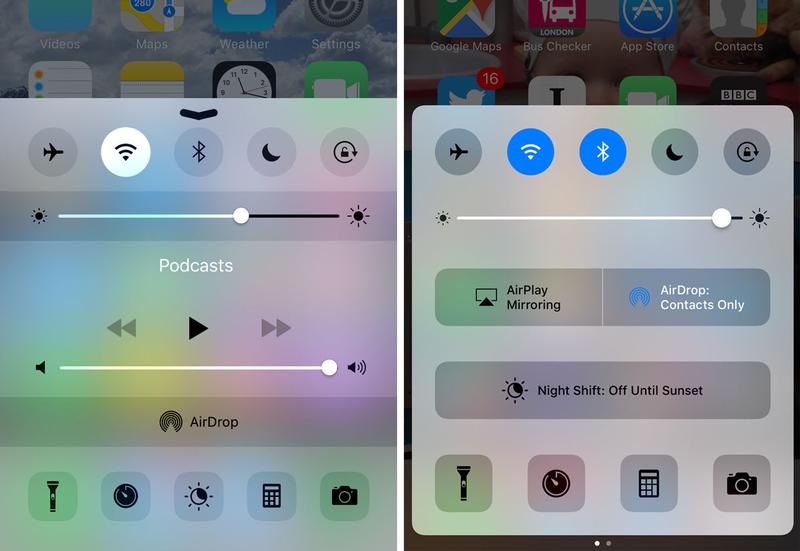 In iOS 9 (left), there were music controls in the middle of Control Centre. In iOS 10 (right) they have been squeezed out by a new Night Shift control button

Swipe to the left from anywhere on the Control Centre pane and you’ll see a separate Control Centre for music controls. This offers play, pause, rewind and fast-forward and volume controls, track details and artwork, plus the ability to select different audio outputs such as Bluetooth speakers. 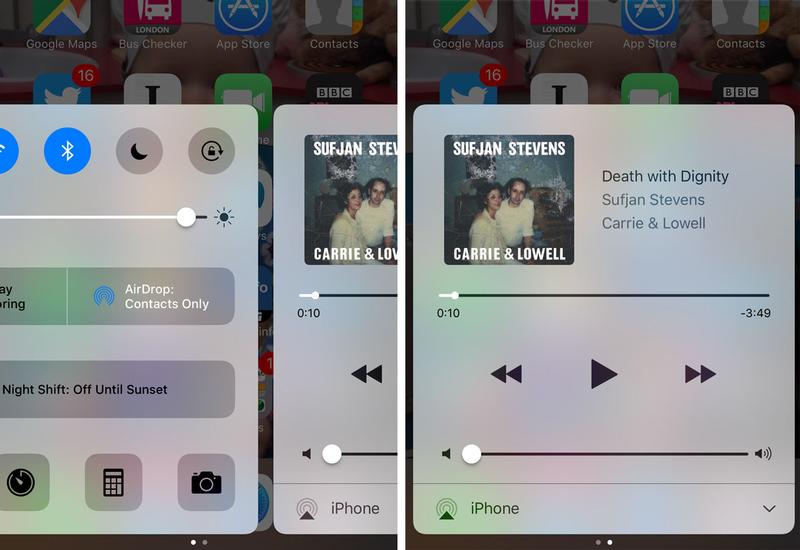 There’s also a quick jump to the Music app to select a new album (tap the album artwork at the top, or the Music icon if there’s no track selected), but this will require you to enter a passcode or use Touch ID.

Read next: Complete guide to the Music app on iPhone & iPad