Apple has, after many rumours and some last-minute leaks, unveiled its iPhones for 2018. There are three upgrade choices this year: the iPhone XS, iPhone XS Max, which  went on sale at Apple Stores around the globe on the morning of Friday 21 September.

However, there are already reports suggesting that there may be issues with LTE and WiFi connectivity. We’ve also seen reports that suggest that the new iPhones are applying a filter to make selfies look better and people aren’t pleased with the results, read about Beautygate below (apparently Apple will fix the issue in iOS 12.1 which should arrive on iPhones soon).

In addition to the XS and XS Max is the iPhone XR, which won’t go on sale until 26 October, with pre-orders starting on 19 October.

Here we’ll talk about the XS handsets here, and can find everything you need to know about the cheaper iPhone XR here.

You can consider the XS the direct upgrade from the X, but the XS Max adds a brand new option with the biggest screen yet seen on an iPhone at 6.5 inches.

Yes, you read that right: not XS Plus, but XS Max. We’re into the second decade of iPhone now, so it’s reasonable that Apple wants to change its naming strategy. It says it’s because the screen is bigger than the 5.5 inch display on an iPhone Plus, but it’s also because it is extending its vision of what the iPhone X started. Jonny Ive’s words, those, not ours. Most people are likely to pronounce it “excess” rather than “ten ess”, but the latter is the correct way of course.

Here are highlights of the new features:

There was much debate ahead of the launch about what the new phones would be called. You can see the results of our name poll below (and of course you can vote too).

What will they cost you? This table explains what you need to know about US and UK pricing.

The new phones, both XS and XS Max, began to ship to those who had pre-ordered their iPhone on 21 September.

Some people received their phone as expected on launch day, while others (in the US) have been disappointed to discover that their iPhone delivery has been pushed back from being delivered on Friday 21 September to Monday 24 September. It sees that UPS has pushed back some deliveries.

Pre-orders of the iPhone XS Mac sold out pretty quickly, so some Apple fans chose to queue up outside Apple Stores around the globe on Friday 21 September. The first Apple Store sales happened in Australia. There were the usual queues at Regent Street, Covent Garden and other Apple Stores in the UK, where the phone went on sale at 7am.

If you want to get your hands on a new iPhone but didn’t fancy queueing and missed the pre-order, you may still be able to pre-order on Apple’s website (although some models now have a delivery date three weeks away), or you could try your luck at one of the networks and resellers listed below. Also check out our article rounding up the best iPhone XS deals.

There have already been a few reports of issues with iPhone XS and XS Max models. We have all the details below.

There have been complaints that the iPhone XS (and Max) is making users look more beautiful than they already are.

Apparently the new phones appear to be using some sort of beautifying filter on the selfie shots taken with the front facing camera.

Referred to as Beautygate, some people are reporting that the resulting image appears to have smoothed and brightened their skin, at worse the effect makes the photo look out of focus.

People are objecting to the fact that it looks like they are applying a snapchat-style filter to improve how they look in the selfies they take. While some people might appreciate getting a nice looking shot, others probably wouldn’t want their friends and followers to think they were using filters to make their selfies look better.

Lewis Hilsenteger of Unboxing Therapy made a video (below) to demonstrate the issue, which makes him look like he is wearing makeup, and pleaded with Apple to “Just make it an option to turn it off.”

According to Apple Insider ‘ sources’ have confirmed that Apple is working on a fix to the issue which appears to have been an error.

As of 23 October, The Verge has confirmation from Apple that: “iOS 12.1 will fix a bug in its smart HDR camera system that resulted in smoother-looking photos taken by the front camera on the iPhone XS and XR”.

This seems to reflect what a developer claimed. App designer Sebastiaan de With suggested that the new front facing camera requires more noise reduction because it takes photos faster.

In other words, because the iPhone XS is using a high ISO and a fast shutter speed to create these selfies, more noise is introduced, so Apple has upped noise reduction to compensate – but  the effect is that images loose some detail.

Some new iPhone XS and XS Max models are not charging via the Lightning cable, according to reports.

Unbox Therapy has run tests and replicated the issue. It appears that on occasion the device fails to charge if it is in sleep mode when plugged in. Some people have claimed that their device starts charging but then stops after a short amount of time.

There have also been reports of the issue affecting older devices running iOS 12, so it looks like it could be a software bug, rather than a hardware issue. We cover other issues with iOS 12 here.

9to5mac notes that it has been suggested that it could be related to the new USB Restricted Mode, but it’s not clear if that is the case.

Some iPhone XS and XS Max owners are complaining that there are problems with LTE and WiFi connectivity.

A number of posts in a thread on Reddit suggest that some users are finding WiFi speeds to be slower and the signal to be poor when compared to an iPhone 8 or iPhone X.

The slow down could be as a result of Apple’s move from Qualcomm to Intel for its modems.

Wiwavelength covers the story, suggesting that this could be a repeat of Antennagate (when Steve Jobs claimed that problems with signal were caused by people not holding the iPhone right). Their lab results have indicated that there are potential problems with the “new iPhones’ RF reception and transmission abilities in low signal strength conditions”.

There is a suggestion that this might be because of network overload due to millions of new IMEI’s joining the network, but with 148 comments so far on the Reddit post, it could be more than that.

In contrast, Macworld US ran its own tests on download speed and found the new phones to be much faster.

Macworld found that in early tests of the iPhone XS, in terms of both cellular and Wi-Fi connectivity.

As this is an ‘S’ model, no-one will be surprised that the design is the same as the iPhone X. That means your existing cases will fit: buttons and ports are in the same places.

It’s made from the same surgical-grade stainless steel, but the screen and rear glass has a new formulation of glass which Apple says is the toughest ever used in a phone. 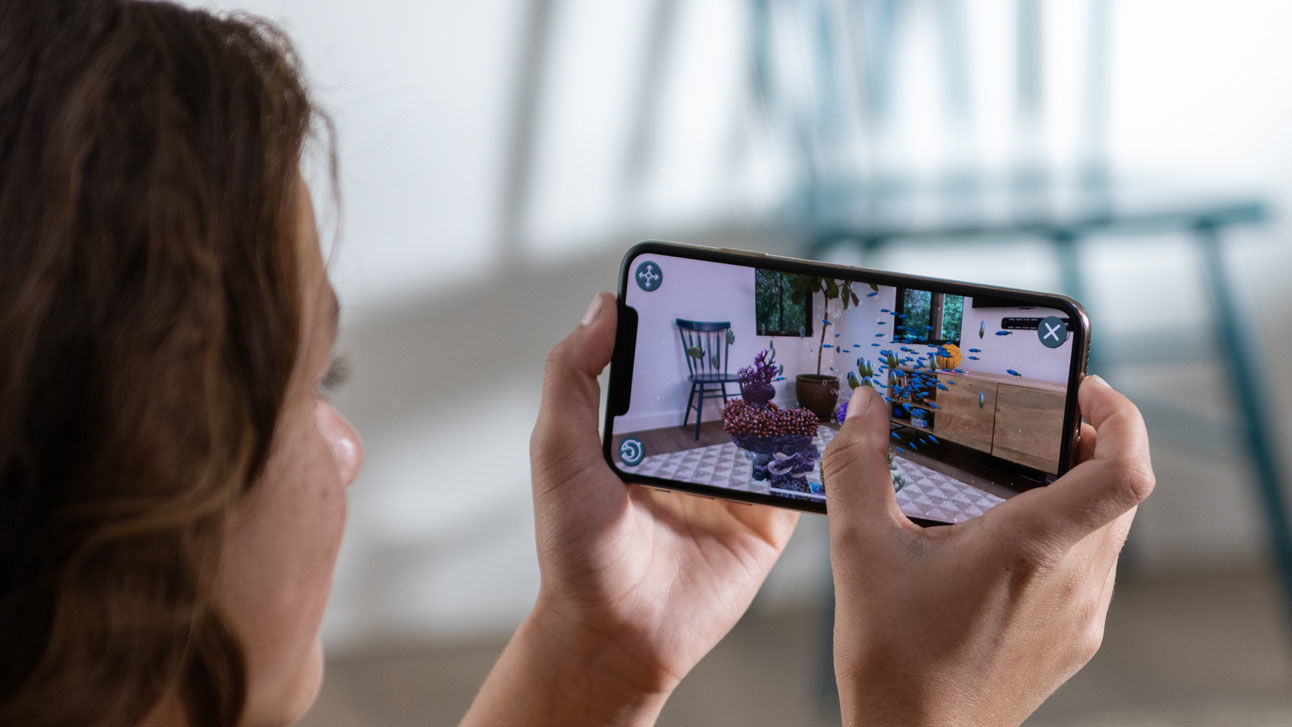 Water-resistance has been improved to IP68, up from IP67, so you can leave it submerged at a depth of 2m for 30 minutes. And it won’t just survive fresh water, Apple has also tested it in orange juice, tea, wine, beer and salt water.

The XS’ screen is a minor upgrade to the iPhone X’s. Resolution remains the same, as does the 5.8-inch diagonal, but contrast is improved to 1,000,000:1, which Apple says gives is a 60 percent greater dynamic range.

The iPhone XS Max is just.. bigger. It shares the same design but has a 6.5-inch screen in a body that’s roughly the same size as the iPhone 8 Plus. That’s a whole inch more, a real boon for those who can live with physically larger phone as this is now one of the biggest screens on any phone. 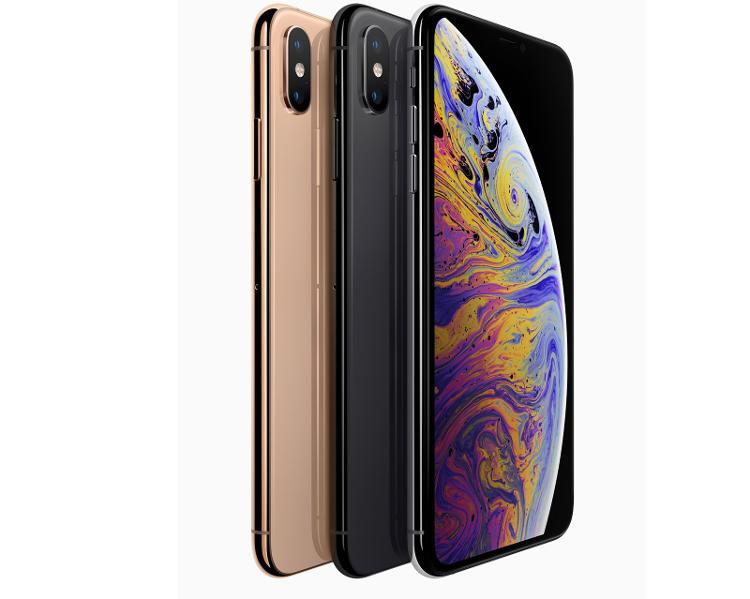 In order to maintain the same pixel density as the iPhone XS, resolution is higher at 2688×1242 pixels.

Both screens have the same list of features, though:

The new A12 Bionic processor has a similar configuration to the A11 with a six-core CPU and a quad-core GPU. However, it’s the first to be manufactured using a 7nm process and this is one of the reasons it’s considerably faster than the A11.

Apple says the new Neural Engine is an octa-core chip that can process 5 trillion operations per second, considerably up from the 600 billion which the A11 could handle.

In practice this means apps launch up to 30 percent faster, but apps which use machine learning also benefit from this extra performance.

They can use real-time machine learning for better depth detection in Portrait mode and better mapping of Animojis in FaceTime.

FaceID is also quicker thanks to faster algorithms and it runs on a faster version of the secure enclave.

On the surface, specs look the same as the iPhone X, as do the cameras themselves, but the main sensor in the wide-angle camera is bigger and houses larger pixels. 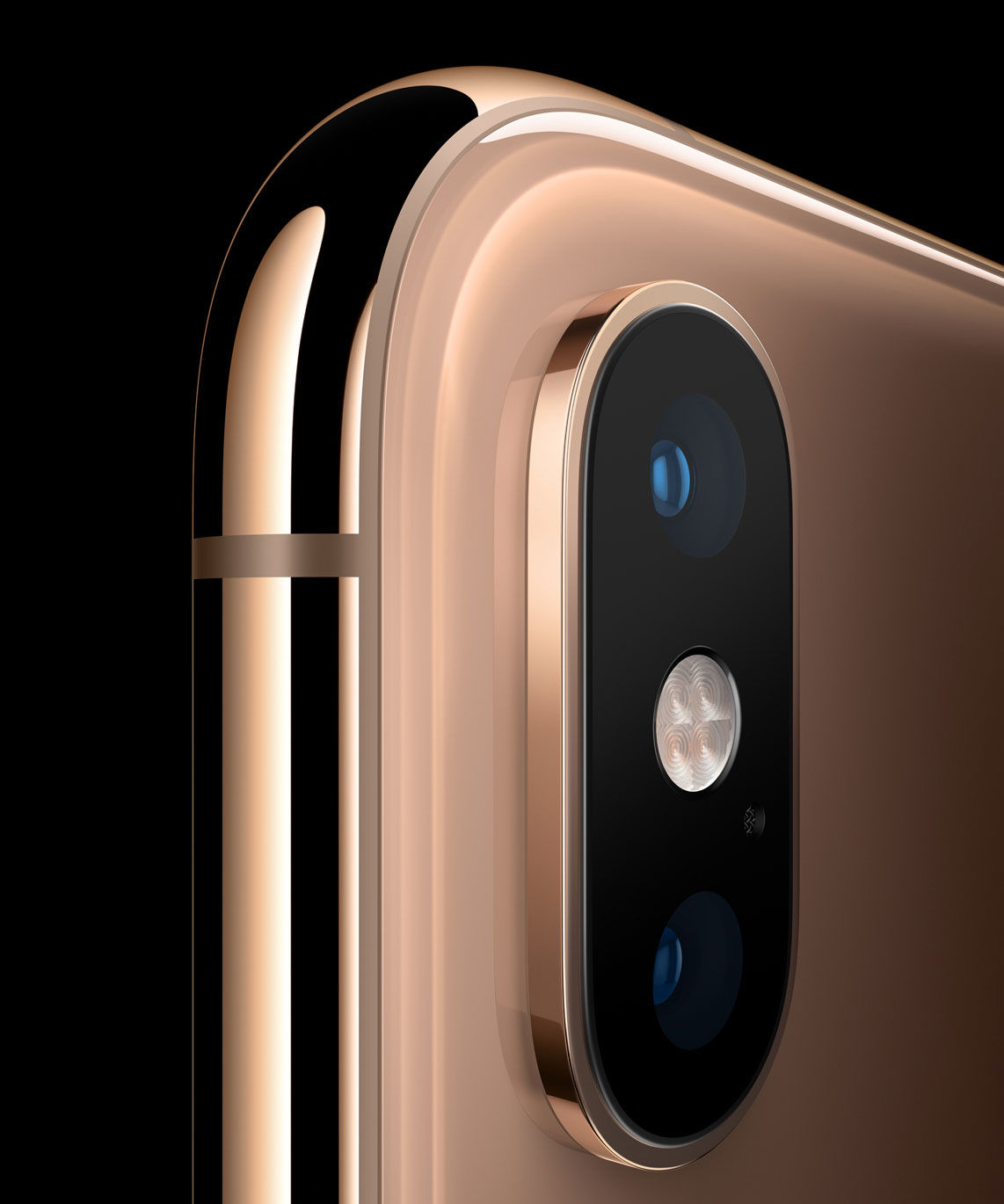 Smart HDR is one highlight of the new camera features.  With the extra power on tap, it takes 9 rather than a mere 4 photos simultaneously. The extra four “inter-frames” deliver even better HDR shots.

A more noticeable difference from the iPhone X’s shots is that bokeh has also been improved to look more like the effect you get from a big-lens SLR camera. More importantly, you can now change the depth of field after the photo when you tap Edit.

Keen to appeal to those who want a dual-SIM phone, Apple is at last offering an eSIM alongside the physical SIM tray. This is new technology for iPhone, but eSIMs have been in Apple Watch and iPad for some time.

What’s an eSIM? All your questions answered.

Only in China will you be able to buy a true dual-SIM iPhone which takes two physical cards. Both the Chinese model and those using an eSIM work using the dual-standby tech that many dual-SIM phones already use, letting you seamlessly switch between two numbers at any time.

We’ll bring you reviews of the new phones as soon as we can.