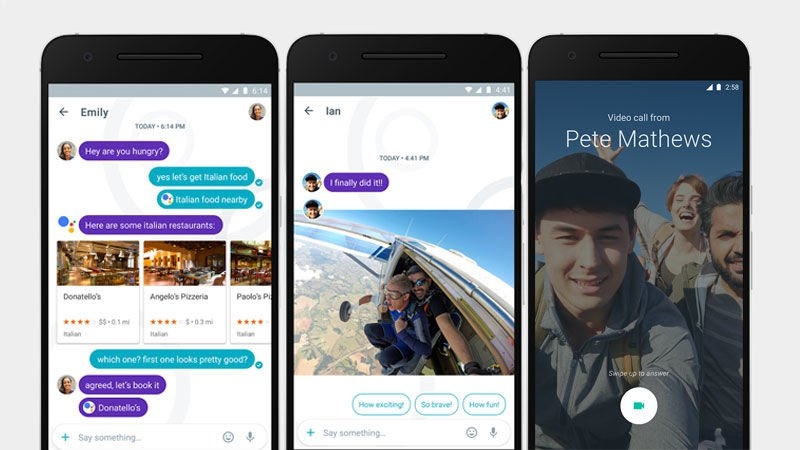 Google made a number of announcements back at Google I/O in May, but arguably the biggest was the reveal of Google Allo and Duo, a video chat app like FaceTime and a messaging app like WhatsApp. While Google Duo has been available for a couple of months now, the company hasn’t said much about Google Allo – until now. Announced via a blog post, Google says that Google Allo is rolling out around the world slowly. But us being us, we couldn’t wait and have found a way for all iPhone users to download Google Allo right now, regardless of where they are in the world.

Read next: How to download Pokemon GO | Best tips to get the most from your iPhone | How to use AirPlay in iOS 10

What is Google Allo?

Put simply, Google Allo is a messaging app that looks to compete with the likes of Facebook Messenger, WhatsApp and, of course, iMessage. Surprisingly, Allo isn’t a Hangouts replacement but its own standalone app coming to iOS and Android, but what makes it stand out from the myriad of other messaging apps available?

The main difference is that Allo comes with some machine learning built in, courtesy of Google Assistant, the company’s virtual assistant. As explained by Engineering Director Erik Kay on stage at Google I/O 2016 in May 2016, Allo is a ‘smart’ messaging app that learns over time to make conversations both easier and more productive by suggesting replies based on your habits.

But that’s not all – much like Facebook’s chatbots, you can talk directly to Google Assistant via text directly in Allo, allowing you to search for movies and more all without leaving the app. You can type “@Google” in the chat window to talk directly to Google Assistant, and it’ll provide you with what you require – be it search results or a funny GIF to share with friends. It’s contextual and will remember previous conversations so you can just carry on where you left off last time if necessary.

What else does Allo offer? Apart from Google Assistant support, Allo is a fairly simple-to-use but feature hungry messaging app. You sign up with your mobile number much like WhatsApp instead of a Google account, as it means both iOS and Android users can use the service without having to join the Google ecosystem.

There’s a host of other features that sound similar to those included in the iOS 10 Messages app. Want to know more about what it offers? Head over to our sister site PC Advisor to find out all there is to know about Google Allo and Duo.

How to install Google Allo on iOS

While it seems iOS users have to wait for Google Allo to become available in their region, we at Macworld UK have found a workaround that’ll let anybody install Google Allo right now, regardless of where in the world they are. How? It involves using an Apple ID linked to the US, which is one of the few countries where Allo is readily available right now. Here’s how to set up your own US Apple ID, and download Google Allo right now. 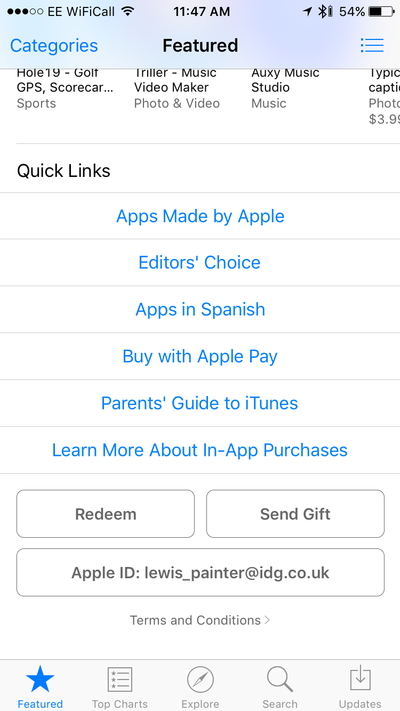 1) The first step is to log out of your current Apple ID on your iPhone. This can be done in one of two ways – simply open the App Store, head to the Featured tab, scroll to the bottom of the page, tap your Apple ID and tap ‘Sign out’, or head to Settings > Apple ID and sign out there.

2) Once you’ve logged out of your existing Apple ID account, open the Settings app and go to General > Language & Region. Once in the menu, simply change the Region to the United States and close the app. 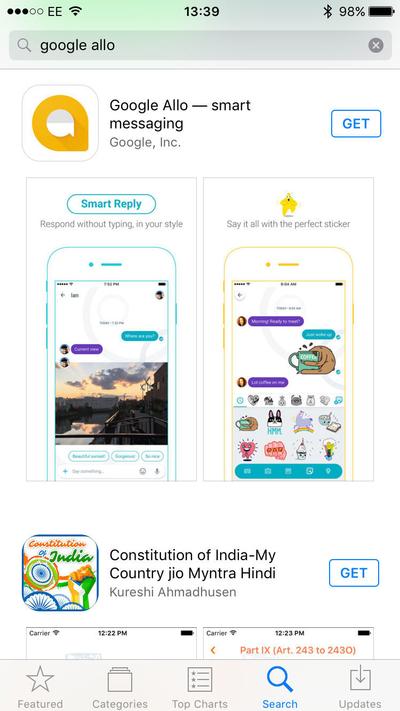 3) Now head back to the App Store and search for Google Allo – it should appear, but don’t worry if it doesn’t. Simply try to download any free app (this is very important) and select ‘Create new Apple ID’ when prompted to log in.

4) Follow the setup instructions, making sure to select ‘None’ in the Billing menu (this only appears if you’ve tried to buy a free app and are creating a new account, not adding details to an existing one) and adding a random approved-country address. 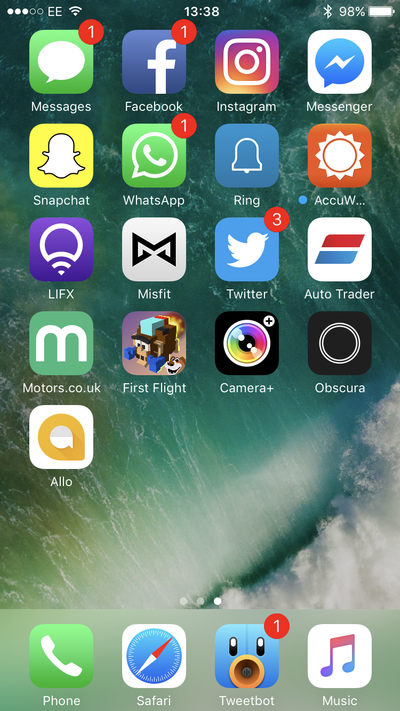 5) Once you’ve set up your new Apple ID, head back to the App Store, search for Google Allo again and download it.

You’re set! You can now log out of your new Apple ID and log in with your normal one. Once Google Allo is officially released in your country, simply delete the app from your iPhone and re-download it via your normal Apple ID.