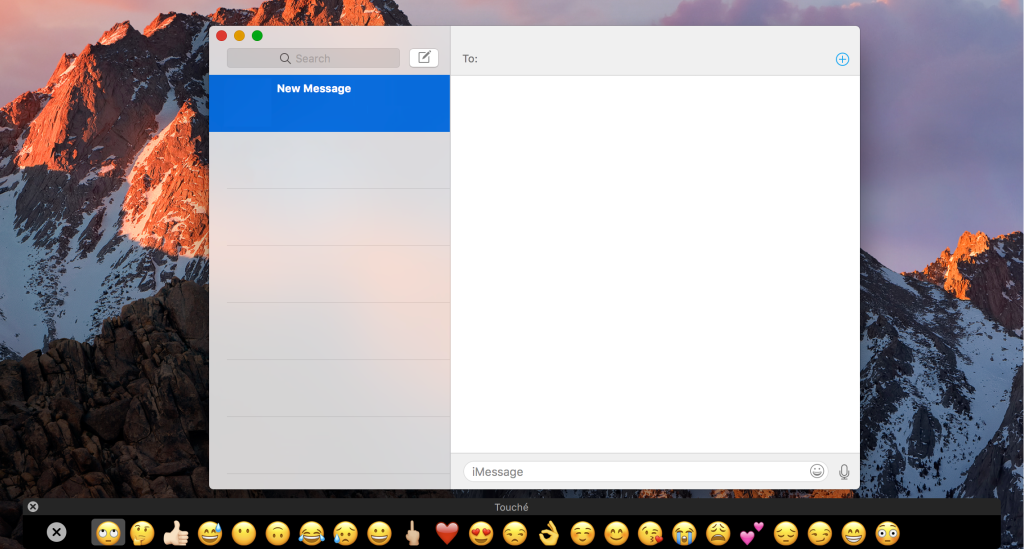 Back in October 2016, Apple CEO Tim Cook unveiled the latest product in the Mac range, the 2016 MacBook Pro featuring an all-new Touch Bar. The Touch Bar sits above the keyboard and replaces the traditional line of function keys, with the aim of serving up app-specific shortcuts that you’re likely to use. It allows video editors to quickly and easily scrob through an edit, it provides shortcuts for graphic designers using Photoshop and a bunch of handy tools for the average joe surfing the web using Safari.

However, the issue is that the functionality is limited to the new MacBook Pro, which starts at £1,749 in the UK. Apple doesn’t currently offer a Touch Bar-enabled Magic Keyboard for the iMac, although we suspect it will at some point, so what are everyday Mac users that want to try the functionality to do? Here, we show you two ways that you can access the all-new Touch Bar on any Mac that runs Apple’s latest version of macOS Sierra.

How to get MacBook Pro Touch bar on Any Mac

So, how can you get access to the all-new Touch Bar on any Mac? There are two ways currently available, either by using your iPad as the Touch Bar input, or by adding the Touch Bar to the bottom of any Mac display. Of course, you won’t be able to touch it like you are when using the actual Touch Bar or the iPad, but it may serve of some use for various in-app shortcuts.

How to get MacBook Pro Touch Bar on any Mac: Using an iPad

Developers Andreas Verhoeven and Robbert Klarenbeek have created an ingenious app called Touch Bar Demo that allows you to use the MacBook Pro’s Touch Bar on any Mac. This is done via an iPad connected to the mac via USB, and will display all the Touch Bar’s features alongside any app that offers support for the new functionality. As the functionality was only recently announced, the list is still fairly limited, but support for the Touch Bar should continue to grow over the coming months.

You can see a video of the Touch Bar Demo app in action below:

According to Verhoeven and Klarenbeek, installing the macOS portion of the demo app is straightforward as long as you’re running macOS Sierra 10.12.1 build 16B2657, although the iPad portion of the process isn’t as simple. The app isn’t available to download from the App Store; you’ll need to use developer tools to assemble the app yourself and then sideload it onto your iPad. The instructions and files that you need are both available on GitHub, though we’d recommend only trying this is you’re fairly tech-savvy. For those that aren’t, there’s a much easier (although not as helpful) option available.

How to get MacBook Pro Touch Bar on any Mac: Touche

For those that don’t want to sideload the Touch Bar Demo app onto their iPads, and for those that don’t own an iPad, we offer Touche – a free app available (with donations welcome) by Red Sweater. The app installs just like any other macOS app, with the only requirement for installation being that your Mac is running macOS Sierra 10.12.1 build 16B2657. At this point, some of you may point out that it’s the same build as the Touch Bar Demo app requires above – this is because it’s the first iteration of macOS Sierra that features Touch Bar support.

Anyway, we digress. Touche runs like a standard macOS app, with users able to assign a keyboard shortcut to toggle it off- or on screen. Touche will display the same controls that the MacBook Pro Touch Bar would within any app that supports the functionality. You can see the app in action in the below video:

It’s worth pointing out that in many apps that currently support the functionality, the buttons/shortcuts are already available on-screen. Some of the magic is lost when not using it on a touch-enabled device, but Touche is still handy to have – especially if you’re a software developer or video editor.

Read next: New MacBook Pro 2016 vs new Surface Book 2 with Performance Base