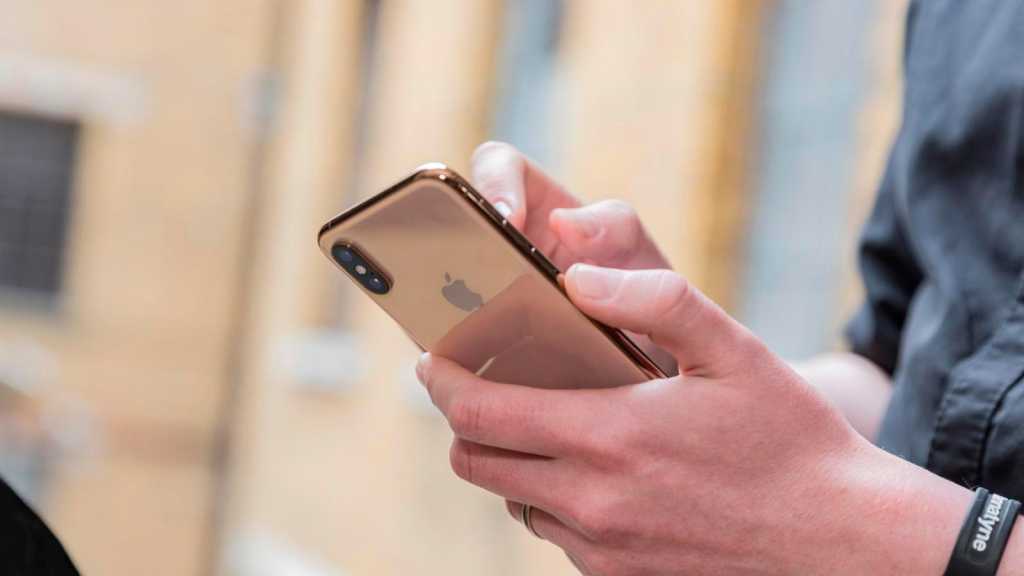 Do Not Disturb mode was added to iOS way back in 2012, and has been a popular feature ever since. When activated on an iPhone (or iPad, for that matter), it silences all incoming notifications, calls and texts so you don’t get woken up or distracted when you need to be left alone.

It’s useful for the person using the mode, but rather less enjoyable if you’re the one who can’t get through. If someone isn’t answering your calls and texts (and you haven’t done or said anything unusually offensive recently), you’re probably wondering if there’s any way to tell if the person has their iPhone set to Do Not Disturb. And if they are, is there any way to bypass Do Not Disturb and contact them anyway?

The answer to both these questions is yes. In this article we show you how.

What does Do Not Disturb do?

Do Not Disturb allows you to do slightly more than silence your iPhone. It’s handy if you’re in the cinema, at a meeting, about to go to sleep, or for any other reason don’t want to be disturbed.

You can turn it on from Control Centre:

On the iPhone 8 and older, you’ll see a small moon icon appear in the menu at the top of your screen, next to the battery indicator. If your iPhone has a notch, the moon won’t appear for lack of space, but it will be visible on the lock screen.

For example, you can set a schedule so the mode is activated automatically at bedtime, and add VIP numbers to whom Do Not Disturb does not apply: their calls will be allowed through, no questions asked.

You can also set Do Not Disturb to activate when you’re driving. In that case any callers will receive an automated message informing them of the situation.

What happens if you phone or text someone using Do Not Disturb?

We tested this feature by getting a colleague to turn on Do Not Disturb, then calling and texting them.

When we called, we heard a single ring and were then put through to voicemail. (But our colleague’s phone didn’t actually ring, and they didn’t get any kind of audible or lit-screen notification. However, when they turned the screen back on manually they saw a ‘Missed Call’ notification, as well as the missed-call text alert specific to certain carriers.) 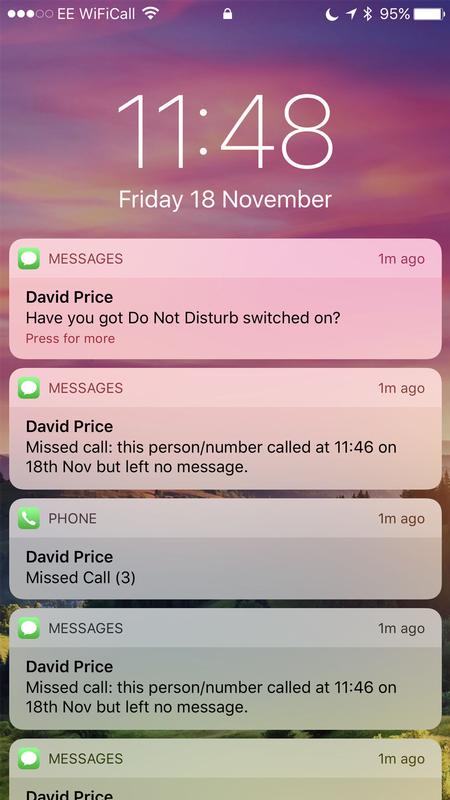 When we sent an iMessage, the message appeared to send normally. The text bubble displayed blue and the ‘Delivered’ notification showed. 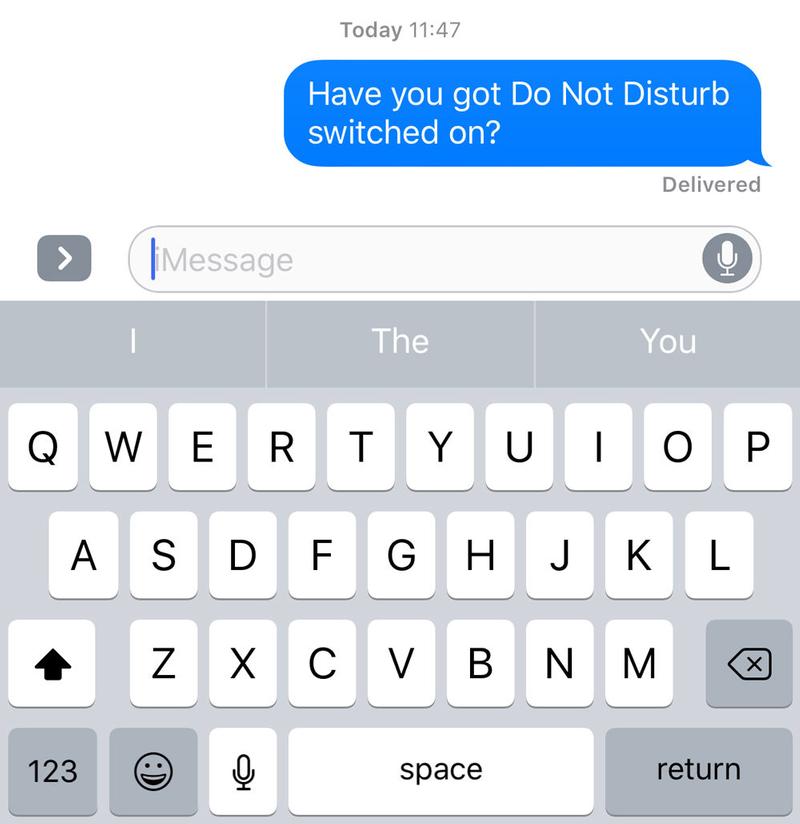 (Again, our colleague didn’t get a notification, but when they turned the screen on they saw the message on the Lock screen.)

Have they turned on Silence Unknown Callers?

It’s quite possible that the person you are calling hasn’t turned on Do Not Disturb. There are a few other possibilities that we will discuss below. The first is a feature of iOS 13 that may well mean you are receiving fewer calls.

Silence Unknown Callers is a feature of iOS 13 that means an iPhone will go straight to voicemail if the caller’s details aren’t in the iPhone owner’s Contacts app. There are a few exceptions to this: if they recently made a call to the number calling the call will get through. Similarly, if the contact information is found in recent emails, Siri Suggestions could recognise this as a legitimate call. But generally if you aren’t in their Contacts then your call might not get through.

With this in mind, consider whether the person you’re calling is likely to be running iOS 13 and whether they might not have your contact details. Perhaps you have a new phone and they don’t know your new number?

Are they blocking me?

The symptoms of Do Not Disturb and a full-on block are fairly similar, but the solutions are different. You can find out more in further articles: How to tell if someone has blocked you and How to call someone who has blocked you.

How do I know if I’m using Do Not Disturb?

Most obviously, you’ll see a large dark grey notification on the lock screen. This will also tell you how long the mode will be on for.

If there’s room for it (the X- and 11-series handsets don’t, because of the notch), a faint little crescent-moon icon will appear in the top bar on your iPhone or iPad’s screen. On the righthand side, slightly to the left of the battery indicator.

How to call someone using Do Not Disturb

It’s useful to know that Do Not Disturb has some (optional) loopholes deliberately built in, so that people can allow calls through in emergencies. There are essentially three loopholes you may be able to exploit… er, we mean, use responsibly.

To explore these settings yourself, open the Settings app. Tap Do Not Disturb (in the second group of categories). You’ll see that Do Not Disturb is a flexible tool that can be used in a variety of ways.

By default, Do Not Disturb is set up to allow calls through if the same number calls again within three minutes – the idea is to ignore most calls but let through urgent ones.

In other words, your first step if you suspect your friend is using Do Not Disturb should be to call again right away. If they’ve got that default feature activated, you’ll break through the DND barrier.

But be aware that, if your friend is using Do Not Disturb and if your call is essentially trivial in nature, they may be ticked off that you’ve pretended to have an emergency. We suppose you could feign ignorance and claim it was just coincidence that you called again so soon, but this is pretty shabby behaviour between friends.

Call from a different phone

You can also tailor your Do Not Disturb mode by telling it to let some people through but not others. The default setting is to ‘Allow Calls From… No One’, but by tapping this you can set it to allow calls from Everyone, or Favourites, or only members of a particular group in your contacts.

Your friend is less likely to be using this feature because it’s deactivated by default; and even if they are, if you’re not in the favoured group there’s not all that much you can do about it.

However, if you’re a close friend of the contact but happen to have been calling from a new or borrowed phone, it might be worth calling again from your usual number. Or if you’re a somewhat close friend but a potentially closer mutual friend is with you, you could ask to borrow their phone or ask them to call for you. (The latter approach may come across as manipulative if it turns out that they had blocked you.)

Call at a different time

Finally, Do Not Disturb can be (and frequently is) scheduled to activate at certain times of day (most commonly during the night, so as to avoid being disturbed by texts and phone calls from night owls, wicket alerts from cricket matches on the other side of the world and so on). To set this up for yourself, tap the slider next to Scheduled and choose a From and To time for DND to switch on and turn off.

If your contact is using Do Not Disturb on a schedule – or, for that matter, if they’re using Do Not Disturb manually because of temporary circumstances – you may be able to get through if you call again at a different time. This is particularly likely to be the case if you’re calling at an antisocial time, or if you know your friend is doing important work, at an important social event or otherwise likely to be refusing calls. (Perhaps you shouldn’t call at those times anyway?)

Call again in the morning or after the event has ended. Still can’t get through? You may have been blocked.

And that’s your lot. We hope our advice helps you resolve the mystery of why your friend isn’t answering your calls.

For more general advice, take a look at our collection of handy iPhone tips. Those who are thinking about upgrading their device, meanwhile, will find in-depth advice in our iPhone buying guide.