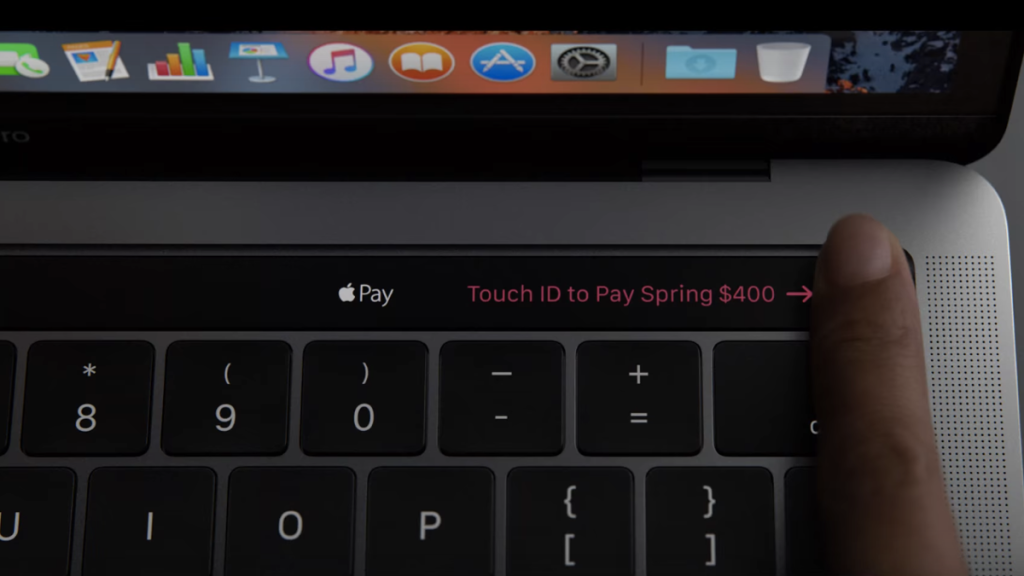 The introduction of the Touch Bar on Apple’s new MacBook Pro may be receiving mixed reviews in terms of its potential usefulness, but one aspect has elicited universal praise – Touch ID. With this simple addition Mac users can now log into their machine and even pay for products online by placing their finger on the sensor.

It’s a small change, but one that’s already proving very popular mainly due to its speed and convenience. The arrival of macOS Sierra has also introduced the feature to older Macs, as long as you have an iPhone or iPad with Touch ID handy.

Setting up Apple Pay on a Mac is easy, so read on to see how you can banish passwords forever and have harness the power at your fingertips.

How to use Apple Pay on Mac: Using the Touch Bar on the new MacBook Pro

To set up the Apple Pay feature on the new MacBook Pro with Touch Bar you’ll first need to register a card. In truth you may well have already done this during the initial setup process, but if not just go to System Preferences>Wallet & Apple Pay then click the Add Card button and enter your card details. Once you’ve completed the process and accepted the terms and conditions you should receive a message from Apple letting you know that Apple Pay is ready to use on your Mac.

The next step is to scan your fingerprint, if you haven’t done so already. Open System Preferences>Touch ID, click the + icon marked Add a fingerprint, then follow the instructions. That’s it, you’re now ready to go shopping.

One thing to remember is that Apple Pay is only available in Safari. If you currently use Chrome, Opera, Firefox, or some other app you’ll need to switch over to Apple’s browser to make a purchase. At the moment not all websites accept Apple Pay, so you’ll need to check first, but the number of participating outlets is growing quickly. You can read our Complete Guide to Apple Pay feature which is regularly updated to keep track of those utilising the service.

To use Apple Pay with your MacBook Pro simply shop for items on your chosen store, remembering to use Safari, then when you reach the checkout there should be an option to Pay with Apple Pay or similar. Click this and you’ll then be prompted to use Touch ID in the Touch Bar to complete the transaction. Place your finger on the sensor and the  payment will be made. 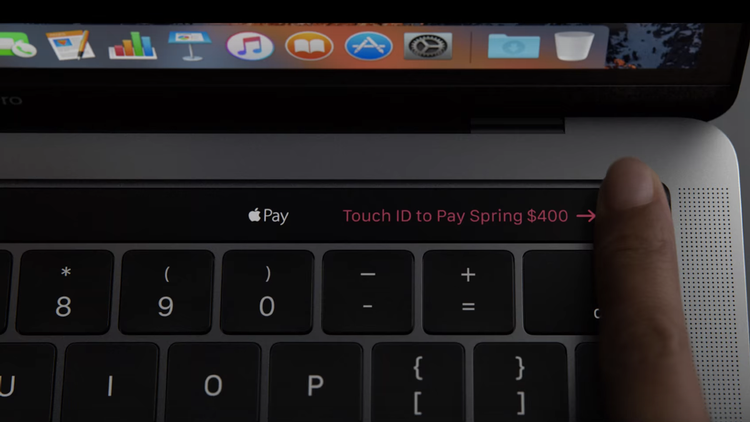 How to use Apple Pay on Mac: Using an iPhone with an older Mac

Since the introduction of macOS Sierra Mac users have been able to use Apple Pay online so long as they have a Touch ID equipped iOS device and a Mac capable of Handoff. You can read more about Handoff and how to tell if your device is compatible in our How to switch between iPhone, iPad, and Mac using Handoff feature.

Apple Pay can only be used in Safari and on participating websites, but the process itself is quite straightforward. Before you begin you’ll need to activate the feature on your iPhone or iPad. To this go to Settings>Wallet & Apple Pay then turn on the Allow payments on my Mac option. You’ll also need to ensure that your Mac and iOS device are both logged into the same iCloud account and have Bluetooth turned on.

Now, peruse as you normally would, adding items to your basket, then when you’re ready to settle up go to your Shopping Basket and look for the option to Pay with Apple Pay or something along those lines.

Select that option and you should see the Touch ID app open on your iOS device prompting you to confirm the transaction with your fingerprint. 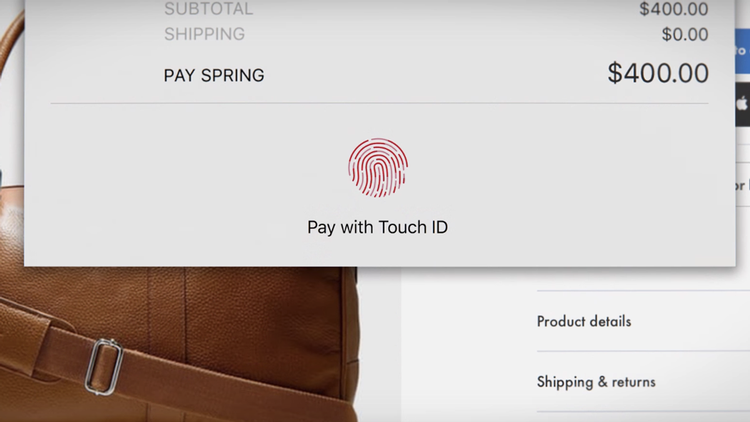 Apply the relevant digit and your purchase will be completed back on your Mac.

That’s it. No fuss or struggling to remember if your password had a capital letter at the beginning or whether you changed it to an ampersand. Glory be. The future has arrived.