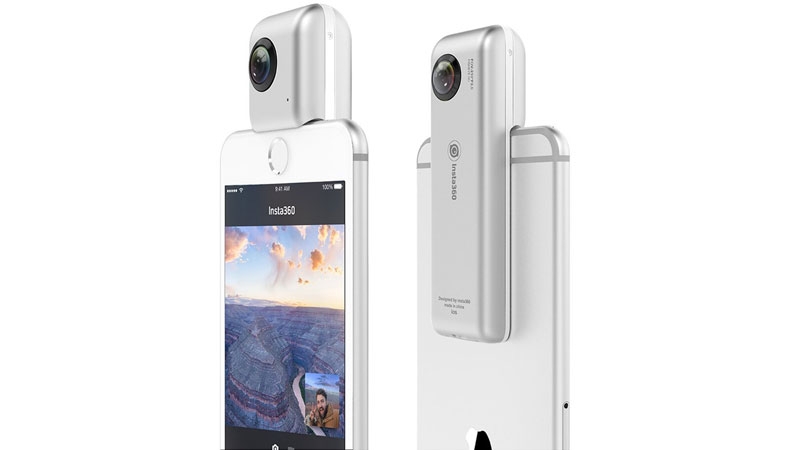 Photos and videos shot in 360 degrees have been popular for a while, and gained extra traction when support was added on Facebook. If you’d like to create VR-ready photos and videos, you’ve come to the right place: in this article we show how to take 360-degree photos for Facebook using an iPhone or an iPad.

For related advice, read Best VR headsets for iPhone and our guide to the Best VR apps for iPhone.

Spurred forward by the VR hype train, Facebook was the first of the big social media platforms to offer support for 360-degree photos and videos, which offer a more immersive experience than a standard photo or video. This allows users to either use the built-in gyroscope on their smartphone, or their finger, to ‘look around’ a virtual environment.

Beyond being cool to look at on Facebook, users can take 360 photos or videos to be viewed in VR. Viewing the photos or videos on a virtual reality headset can really make you feel like you were there, a benefit both for those that recorded the video and want to re-live it, and for friends and family that couldn’t be there for whatever reason.

Giving somebody the ability to sit inside a photo or video and physically look around provides a much more enjoyable viewing experience than simply scrolling through your Facebook news feed looking at standard photos and videos.

While the results may not be as impressive as when using a dedicated 360-degree camera, iOS users can produce decent 360 photos by using the Panorama functionality of the built-in camera app – although there’s a catch. Users won’t be able to look up and down when looking at your photo on Facebook, but should still be able to pan from left to right by either swiping across the display or by rotating their smartphone, offering a basic level of immersion. It’s also exclusive to photos, as there’s no way to film a panoramic video via the built-in Camera app.

For iPhone and iPad users, it’s as simple as opening the Camera app, selecting the Panorama shooting mode and capturing a panoramic photo.

It’s worth noting, however, that the photos need to be a certain width for Facebook to recognise them as being 360-compatible. While it’s hard to measure the width of a panoramic photo when taking it in the default Camera app, taking a full-length panoramic shot (until it automatically finishes) via the app should suffice. 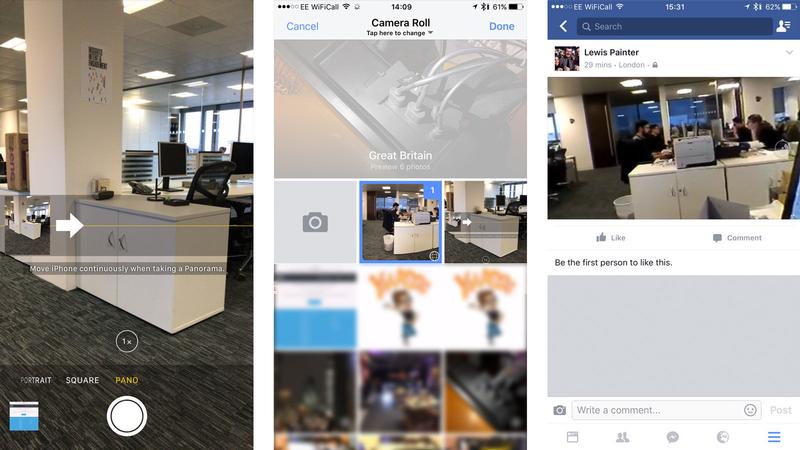 Once you’ve captured your panoramic photo, simply open Facebook, browse your photo library and select your newly taken panorama. As you can see from the above screenshot, any suitable 360-degree photos will be marked with a spherical icon in the bottom-left hand corner of the thumbnail.

Select the photo, follow the onscreen instructions and you should be presented with a preview of your new almost-360 Facebook photo. It doesn’t always work, but deleting the draft post and starting again usually kicks the panoramic-photo-analysing algorithm into action. If it did work, simply add a caption and tap Publish to share it with your Facebook friends.

If you want to take high-quality 360-degree photos and videos on your iPhone, you’ll need some additional hardware.

The Insta360 Nano is one of the cheaper options at £145 on Amazon UK or just $72 on Amazon US. Featuring an optional MicroSD card slot, the accessory can also be used as a standalone 360 camera with users only needing to connect their iPhone or iPad to view saved photos and videos, get a live preview of the photo/video and tweak capture settings.

To take a photo or video, plug the Insta360 Nano into your iPhone via the Lightning port, launch the Insta360 app and tap the shutter button to capture your photo or video. Be sure to hold the camera as still as possible for the best results when taking photos, as we’ve moved it mid-capture a handful of times and the blurriness ruined the finished product.

Alternatively, pop a MicroSD card into the TF Card slot at the bottom of the device, and press the button when the LED is green to capture a photo. You can also customise shortcuts for triggering other capture modes via the Settings menu in the app. 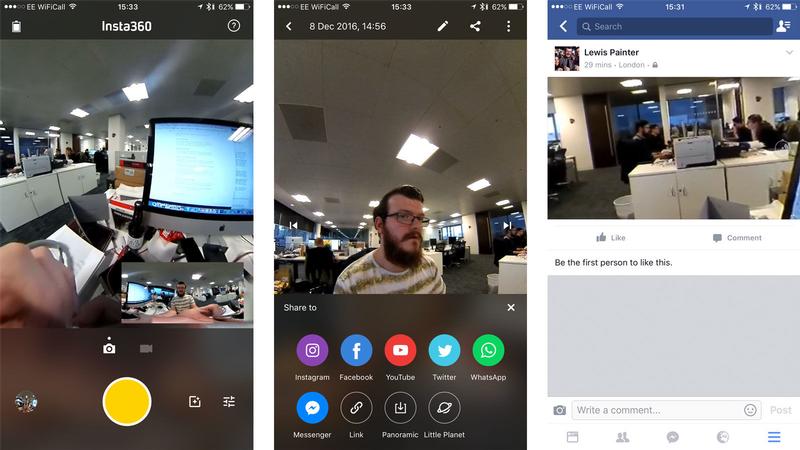 Once it’s exported, open up the Facebook app and tap the option to upload a photo or video and browse for your 360-degree file. If all has gone to plan, your photo/video should feature a small circular icon in the bottom-righthand corner – this shows that the file has metadata that Facebook can use to reconstruct the 360-degree environment.

Select the photo or video, give it a caption and upload it. It’s worth noting that it didn’t always work the first time around for photos, although deleting the draft and re-uploading usually fixes the problem.

With video it’s slightly different, as you won’t get a 360-degree preview like you do with photos, as Facebook has to manually ‘stitch’ it together. It’ll take a big longer than a standard video to upload and process due to the extra work involved, with a 20-second 360 video clip taking around 5-10 mins to process via the Facebook app once uploaded – in our experience, anyway.

Once it’s processed, as with photos, you’ll be able to use your finger or your phone’s built-in gyroscope to look around the virtual environment you’ve created. Make sure you remember to step back when capturing 360-degree content, especially when capturing for Facebook, as the social network’s default view is closer than the preview in the Insta360 Nano app.

While the quality produced by Insta360 Nano’s 3K camera isn’t as great as with some high-end systems available, it’s a great option for those experimenting with the format, possibly to create VR content further down the line – or just to show off the amazing places you get to visit.