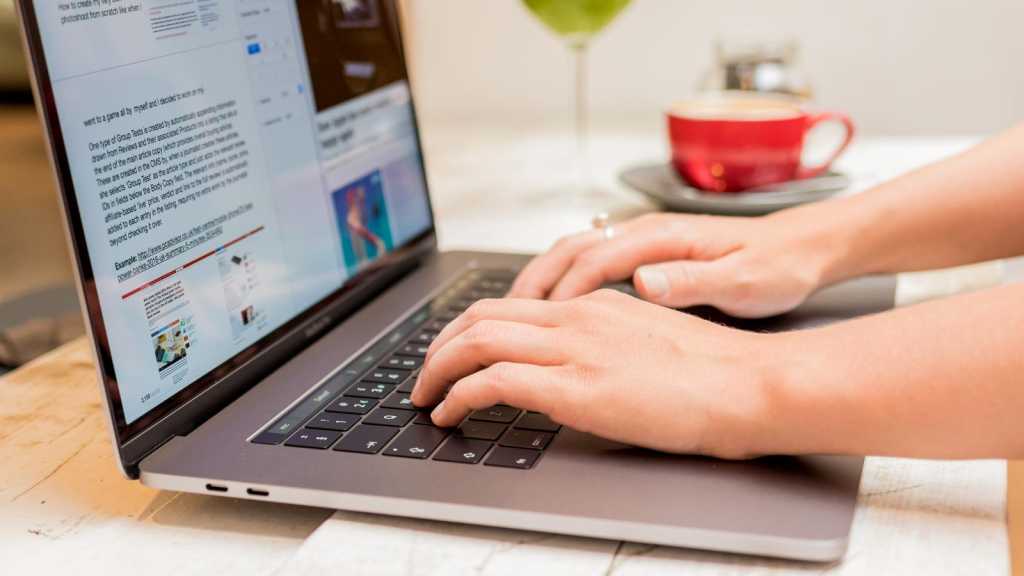 Recent models of the MacBook, MacBook Pro, and the 2018 MacBook Air – have been plagued with keyboard issues since 2015 (MacBook) and 2016 (MacBook Pro). While the main complaint about the Mac laptops relates to the keyboard, there are also other issues which we look at in another story (see: MacBook Problems, Product Recalls and Repair Programs).

Note: Apple introduced a new keyboard to the 16in MacBook Pro in November 2019 ( reviewed here) which rectifies the problem with the keyboard discussed in this article. This new keyboard then came to the 13in MacBook Pro and MacBook Air in the first half of 2020. The new keyboard is based on the Magic Keyboard that ships with the iMac. It uses a scissor switch mechanism as opposed to the faulty butterfly-mechanism used in the existing MacBook keyboards. We prefer the new keyboard: the keys have more travel for a better typing experience, they are also quieter.

What is the problem with the MacBook keyboard?

The most publicised problem with Apple laptops is an issue where the keys stop working on the MacBook and MacBook Pro, and more recently the MacBook Air. This issue is so widespread that a petition calling for Apple to replace the keyboard in “every MacBook Pro since late 2016” has been signed by more than 36,939 people (you can sign here) and three class action lawsuits (details below) have been filed against the company over the keyboard failings. More on the lawsuits and petition below.

At the end of June 2018 Apple admitted that there was a problem with the keyboard design on certain MacBook and MacBook Pro models and offered free repairs to customers who had been affected. Read more about the Keyboard Service Program here, or how to find out if your Mac qualifies below.

It seemed that Apple has been trying to fix the problem. First it tried to address the issue with the keyboard design when it introduced a new MacBook Pro in July 2018 ( read our 13in MacBook Pro review). Although the company didn’t say that the changes related to that particular issue, when iFixIt did their teardown of the 2018 MacBook Pro they noticed that Apple has cocooned the butterfly switches in a thin, silicone barrier. iFixIt believed was intended to prevent dust and crumbs from getting stuck – the root of the issues with the keyboards.

However, these measures were not enough to stop the problem from occurring, with complaints appearing in forums and websites claiming that even this third generation butterfly keyboard is afflicted by the issue.

Then when Apple introduced the MacBook Air in October 2018 it was hoped that the keyboard issue would have been addressed, and yet complaints soon appeared relating to that laptop’s keyboard too.

When the company revealed new MacBook Pro models in May 2019 it revealed that there were further changes to the butterfly keyboard mechanism that should help prevent the problems – which sounds promising – but Apple also extended its keyboard repair program to include 2018 and any 2019 MacBook Pro models that experience the problem despite these changes.

Now it seems that Apple has given up on the butterfly keyboard design altogether. According to analyst Ming-Chi Kuo, speaking in July 2019, a new keyboard design will be rolled out that returns to the scissor switch design Apple used for its keyboards prior to the 2015 introduction of the butterfly switches. The scissor switch keyboards had been popular in the past, but they are slightly thicker and you can expect longer key travel.

The first of these new MacBook Pro models arrived in November 2019. The 16in MacBook Pro keyboard is a definite improvement on recent generations of MacBook Pro. It’s comfortable to type on, offers deaper key travel and banishes the problematic butterfly-mechanism design (the only benefit of which appears to have been a slimmer form factor). 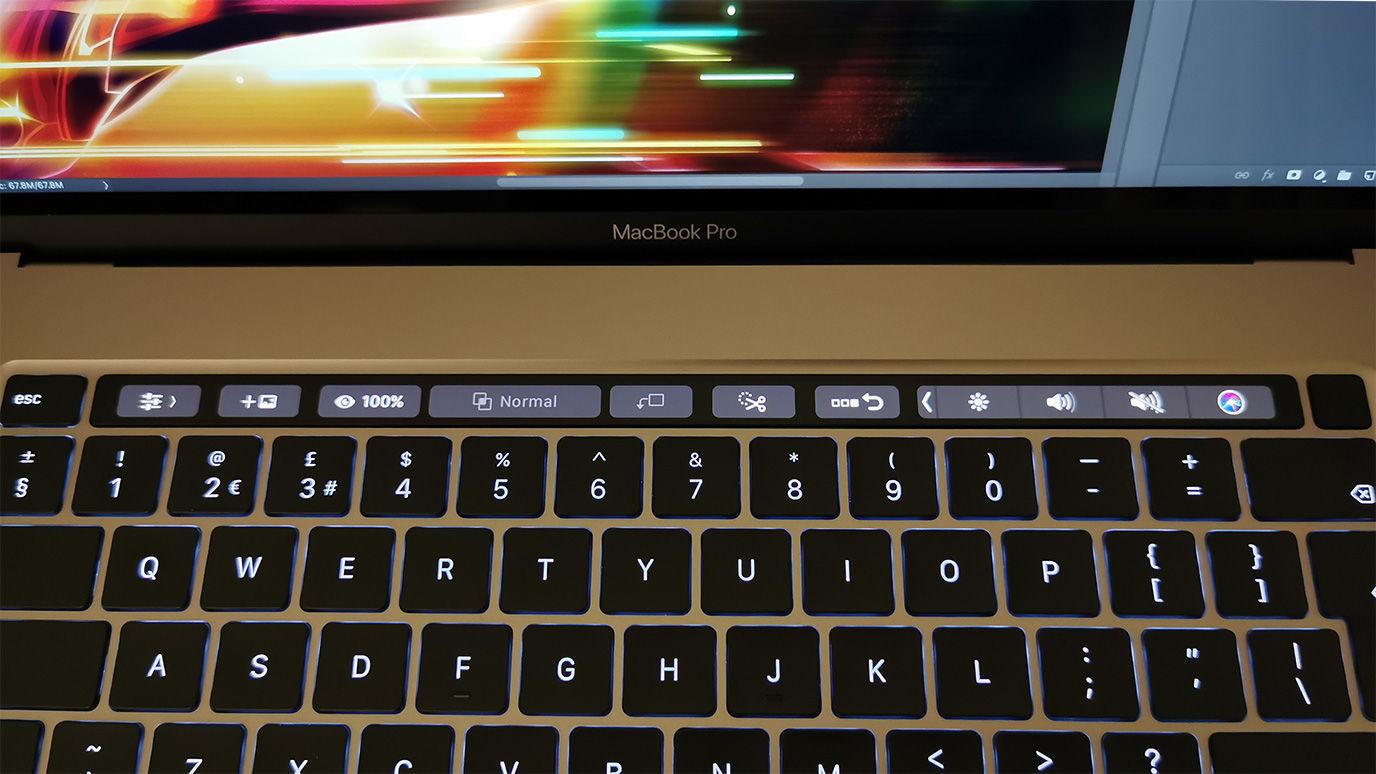 What causes the MacBook keyboard problem?

Since Apple introduced the butterfly mechanism keyboard with the MacBook in 2015, and the MacBook Pro in 2016, a number of users have reported problems with keys repeating or not working.

Commonly users are finding that a particular MacBook, MacBook Pro, or MacBook Air) keyboard key has stopped working. In the worst case scenarios, users have found that the spacebar or shift key have stopped working. 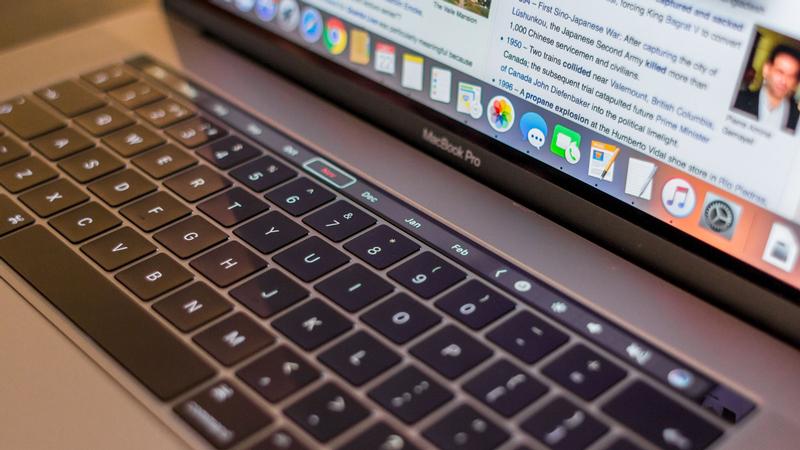 The problem is exacerbated by the fact that it’s not possible to remove that single key and clean the dust away, the whole keyboard needs to be replaced, which could be a costly job.

At the end of June 2018 Apple admitted that there is a problem and began offering free repairs to customers who have been affected.

Which Macs are affected by the keyboard issue

Apple lists the following affected laptops on its website:

That list now includes the newer models – including the models that Apple introduced in May and July 2019. Apple emphasises that “No other Mac notebook models are part of this program.”

It is likely that you are being affected by the issue if one or more keys have stopped working on your 2015 or later MacBook, or 2016 or later MacBook Pro, or 2018 MacBook Air. 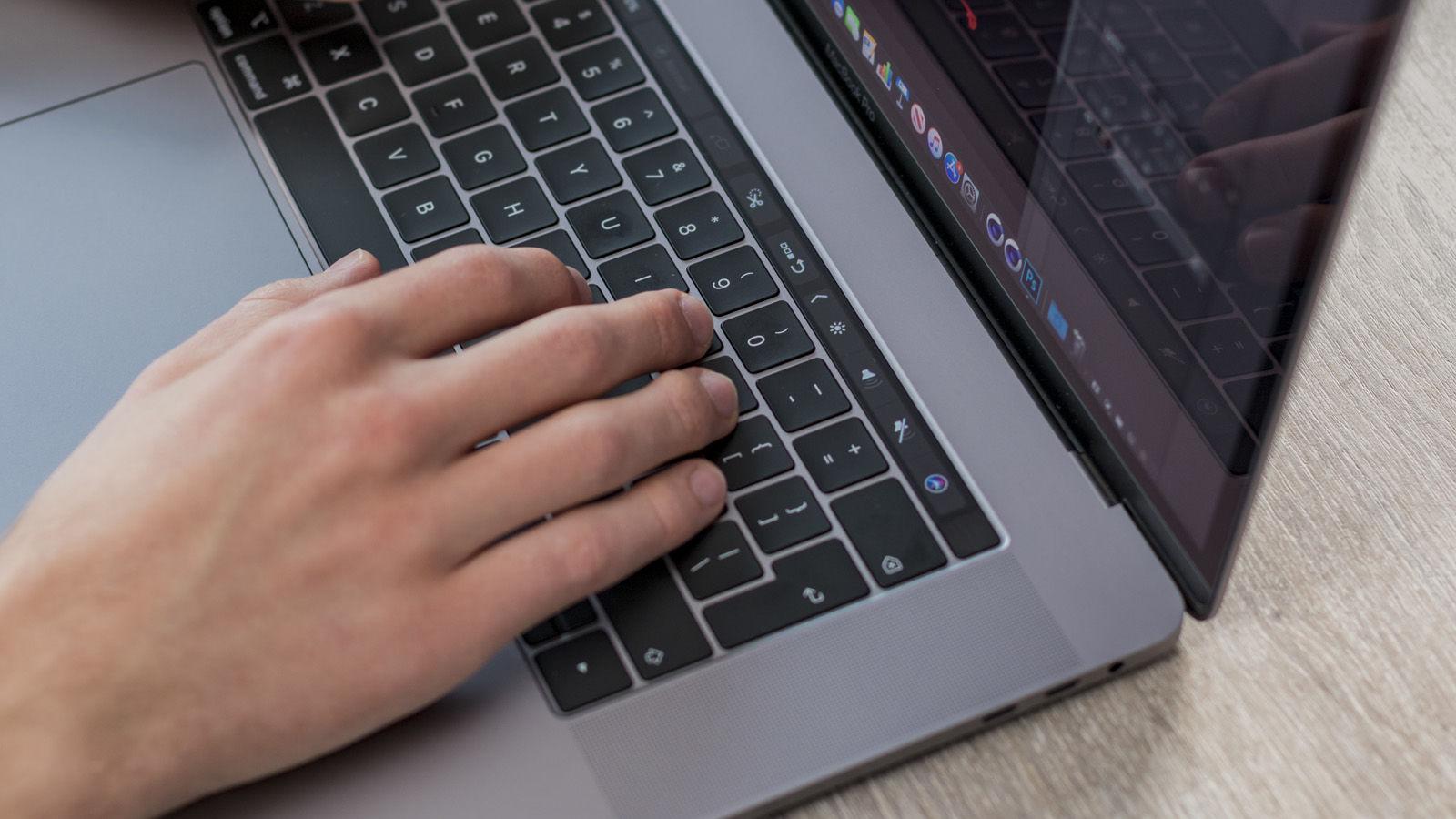 How to get a MacBook keyboard replaced by Apple

If your Mac laptop is one of those noted above and you are having issues with your keyboard, Apple says that you should contact an Apple Authorized Service Provider, make an appointment at an Apple Retail Store, or send your Mac to an Apple Repair Centre.

We have more information about how to get your Mac repaired here.

Your machine will be examined by Apple to verify that it is eligible for the repair program. As long as it is one of the machines mentioned above you should be able to get the repair done for free.

Beware, if there are existing issues with your Mac – even if they are unrelated to the keyboard problem – Apple may determine that these also need rectifying – and may charge you for this.

The company also recommends that you backup before sending your Mac off to be fixed.

Some people have already spent money getting their MacBook keyboard replaced. If you have already paid for repairs Apple says it will reimburse you – you will need to contact them via this webpage.

As of May 2019, the company has announced that it will be speeding up the process by which faulty keyboards are replaced.

Prior to Apple announcing the repair program, users had reported that being a little heavy-handed when typing, or even hammering the faulty key many times with your finger, could cure the issue.

Apple itself previously recommended using compressed air to blow the dust from under the affected key ( as per this support document).

The problem is that if the repairs suggested were unsuccessful, it was impossible to remove the dust without removing the entire keyboard. It is not possible to take individual keys out to clean the keyboard as it used to be with older models. And it’s not just the keyboard that must be removed but also the battery, frame and ports – a repair that can only be performed by an Apple service professional.

Wondering what a MacBook keyboard replacement can cost? Reports indicate that the repair could run to $700 (£521) or more, if the warranty has expired. Here’s how to book an appointment at an Apple Store if you need to.

It isn’t surprising that some of those affected by unresponsive MacBook keys are calling for Apple to recognise the issue (which appears to be related to the keyboard design) and recall the affected machines.

If your MacBook isn’t one of the ones affected by the butterfly keyboard mechanism, you may be able to fix it yourself, read: How to fix a Mac. We also have guides to how to fix a broken Mac keyboard and how to clean a Mac keyboard here.

What is Apple doing to address the keyboard problem?

Other than offering free repairs the company has been looking for ways to address the issue in future keyboard design. The company has filed a keyboard related patent that outlines ways to stop spilt fluid, crumbs and dust from blocking key movement and damaging the circuitry, for example.

However, it seems that Apple has now given up on the butterfly keyboard design and will be returning to the older scissor mechanism design that predated the 2015 introduction of the troubled keyboards.

Prior to Apple’s admission of the problem, three class action lawsuits relating to the keyboard issues have been filed against Apple. The first lawsuit was filed in May 2018 on behalf of two people who’s MacBook Pro keyboards stopped working. In the second lawsuit, three plaintiffs allege that the butterfly mechanism used for keyboards in the MacBook since 2015 and the MacBook Pro line since 2016 are “prone to failure”.

One plaintif, Remy Turner claimed that he experienced problems with a sticky spacebar. Another plaintiff, Christopher Martin reported problems with his space bar sticking and since his warranty had expired, he would have been required to pay for the repair, according to AppleInsider.

The petition suggests that Apple should “recall every MacBook Pro released since Late 2016, and replace the keyboards on all of them with new, redesigned keyboards that just work.”

“Every one of Apple’s current-gen MacBook Pro models, 13in and 15in, is sold with a keyboard that can become defective at any moment due to a design failure,” claims Taylor.