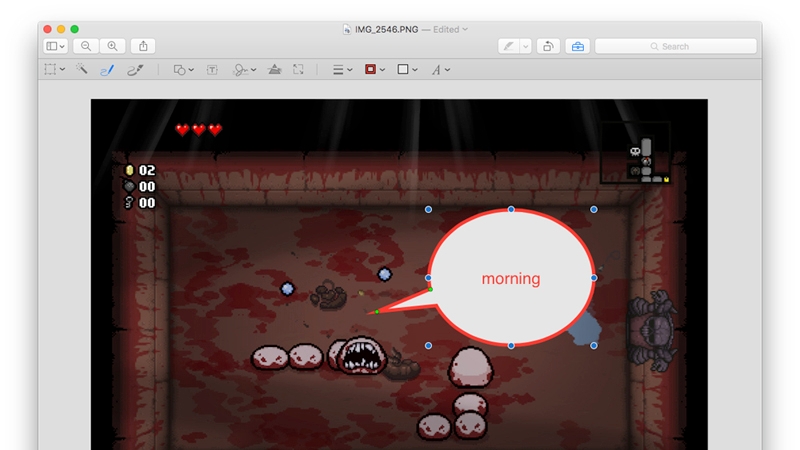 Can I run Microsoft Paint on Mac? Or are there any similar programs for macOS?

macOS and Windows users sometimes argue about who has the best third-party software library. (We’d probably argue that the Mac wins on that front, although we’re biased; although the PC has a larger selection of games.) What gets discussed less often is the quality of the minor pre-installed utilities: the Previews, TextEdits, WordPads and Paints of this world.

But these things are important, in their small way. Many of us have happy memories of playing with humble old Paint on the school computers, for instance, and there isn’t an obvious equivalent of this on the Mac – most of macOS’s art applications are far more involved and professional than this fun old package.

Well, it’s not possible to play Paint on the Mac, but there is a simple paint application in the preinstalls that you may like to play around with – you just need to know where to look. It’s hidden in Preview!

In this article we show how to access Preview’s hidden paint application, and the basic features. Basic features are all it has, really, but that’s not a bad thing.

How to use hidden paint app on Mac: Open Preview

The Paint-style features in Preview are most obviously useful for making simple annotations to existing images. Drag the image you wish to annotate on to the Preview icon in the Dock, if Preview is already open or lives in the Dock full time; if not, right-click the image and select Open With > Preview. (Depending on your settings, it is very likely that image files will default to Preview if double-clicked.)

You can also open Preview by opening the Applications folder and double-clicking the Preview icon.

Read next: Best pro photo-editing software apps for Mac and How to resize images on a Mac

How to use hidden paint app on Mac: Open Markup Toolbar

Preview’s most commonly used tools are related to ways of viewing and sharing images: zoom, rotate and so on. But if you click the icon just next to the Search field – it looks like a little toolbox – then Preview will open up its Markup Toolbar, which contains some simple but useful annotation tools.

How to use hidden paint app on Mac: Annotate your image

Let’s go through the most important editing/markup tools.

On the far left you’ll find a shape selection tool, which can be used to grab a rectangle, ellipse or manually selected shape from the image and then delete it, copy and paste it, and so on. (There’s also a ‘Smart Lasso’ that is like the Polygon Selection tool but will try its adjust its selection to shapes and colour blocks in the image. We’ve found it a bit unreliable – give it a try for yourself.)

The third and fourth tools along are Sketch and Draw respectively. They seem the same at first – both are directly controlled pen tools that let you draw freely on the image in whatever colour has been selected in the dropdown three from the right – but the results are very different.

Draw simply accepts your mark and renders it as a movable layer; Sketch interprets the shape you’ve made and sort of smartens it up, so a rough circle will turn into a proper circle, a rough rectangle will get perfectly straight sides and so on. You can easily create speech bubbles, by the way, by adding a little pointy bit to your sketched ellipses, and Preview will give it a different coloured interior where you can easily add text. 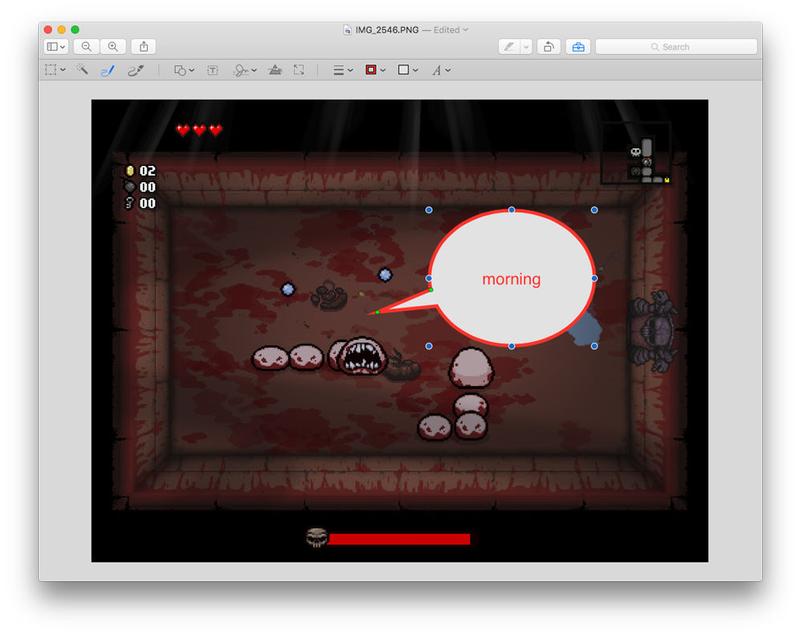 Talking of text, that’s added using the sixth tool along. It’s added slightly counterintuitively: Preview simply drops a pre-filled text box into the centre of your image as soon as you click the Text tool. Move it wherever you want it, and click to replace the text with whatever you’d prefer.

The last tool we’ll cover is the Sign tool – the seventh tool along. Click this and Preview will walk you through the process of inputting your signature digitally. You can do this on a trackpad, or sign a piece of white paper and hold it up to the camera. 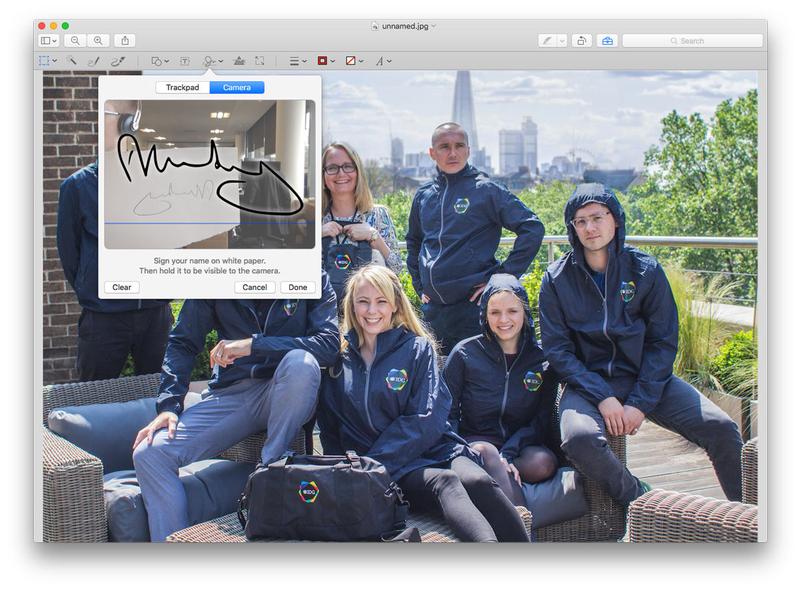 Once you’ve created a digital signature, you have only to click the Sign tool icon again and a movable copy of your signature will be dropped on to the image.

We look at this useful feature in more depth elsewhere: How to create a digital signature on Mac.