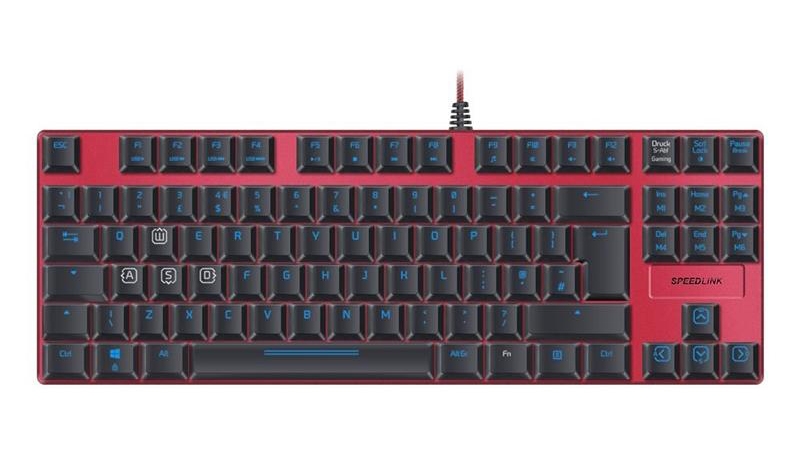 Is there any way to make a Windows keyboard work with a Mac and macOS? The keys are different.

If you don’t like the keyboard that came with your Mac, there’s a fair number of alternatives to choose from. But if you look at the number of keyboards for Windows PCs on the market right now, there’s no comparison. Specifying a keyboard with a Mac layout cuts down your options somewhat (even before you factor in the UK layout that many of our readers will need) and inevitably you end up with less choice. You may have to pay more for what you want, or miss out on niche products such as ergonomic designs for reducing RSI.

And what if someone else in your house or office has a Windows keyboard that you’d like to borrow, or if you’d just like to be able to share a keyboard between Windows and macOS machines? Wouldn’t it be nice, in other words, if you could set up a Windows keyboard to work with a Mac?

Yet it would, and while we’d still recommend plumping for a dedicated Mac keyboard, it’s possible to find a good compromise. In this article we explain how to use a Windows keyboard with a Mac.

Read next: Best Mac keyboard shortcuts | Where is the Command key?

How to use a Windows keyboard with Mac: The problem (and the short-term solution)

The problem with using a Windows-layout keyboard on a Mac can be summed up with three letters: Cmd. The Command button on a Mac keyboard is used for the save and print functions in most apps, opening a new tab or window in most web browsers, and quitting apps, along with a huge range of other important functions. And a Windows keyboard does not have a Cmd key. It has a Windows key instead.

Now, if the world was kind then everything that the Cmd button does would be done by the Windows key, but the world is not quite that kind. Instead, the nearest equivalent to the Mac’s Cmd key (in fact it’s an almost perfect correspondence) is the Windows PC’s Ctrl key. This is a little confusing, because Macs also have Ctrl keys, but try not to worry too much about that.

In fact, the equivalence between the Mac Cmd key and the Windows Ctrl key is so reliable that you would be fine if the two keys were in the same place on the keyboard. But they are not, which is going to play merry hell with your muscle memory. Hotkeys and shortcuts are all about fast-twitch response times, and that’s not going to work if you have to consciously think about which key to press; even worse, you’ll have all the same issues when you go back the Mac keyboard.

In other words, for very short-term situations, you can use a Windows keyboard with a Mac and just press the Ctrl key instead of the Cmd key. But for anything more than a few minutes of typing, you really need to remap the keys – and the good news is that it takes about 25 seconds. 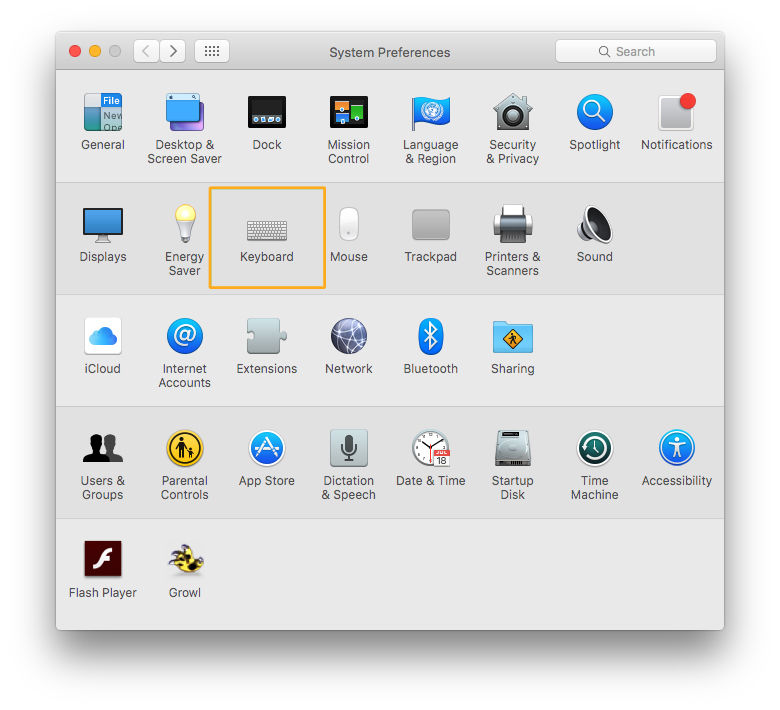 How to use a Windows keyboard with Mac: Remap the keys

Open System Preferences on your Mac. Click Keyboard (on the second row of options), then Modifier Keys… at the bottom right of the window. Make sure the correct keyboard is selected in the top dropdown menu.

Now all you need to do is click the Option Key dropdown menu and change this to Command. Then click the Command Key dropdown and select Option. Click OK. 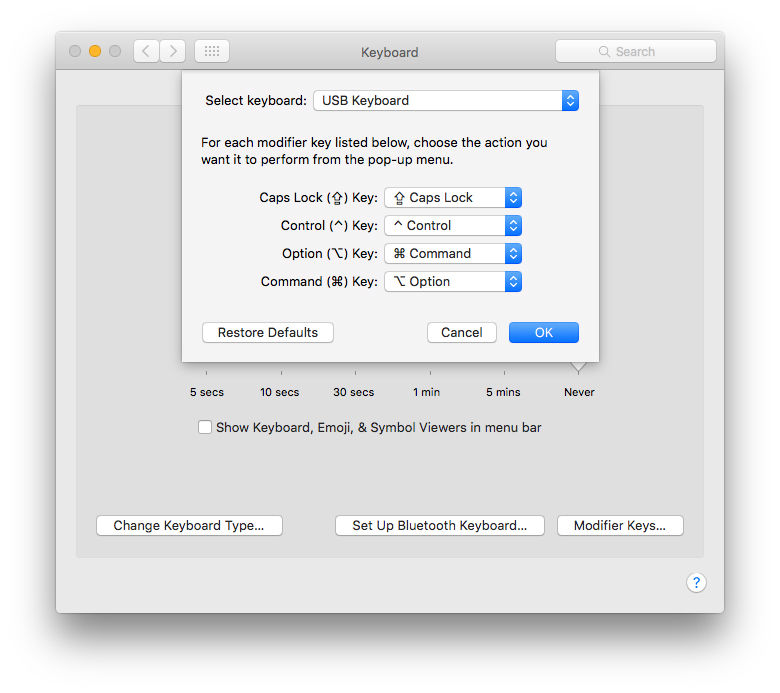 That’s it! Close down System Prefs, test it’s working the way it should, and go on with your life.