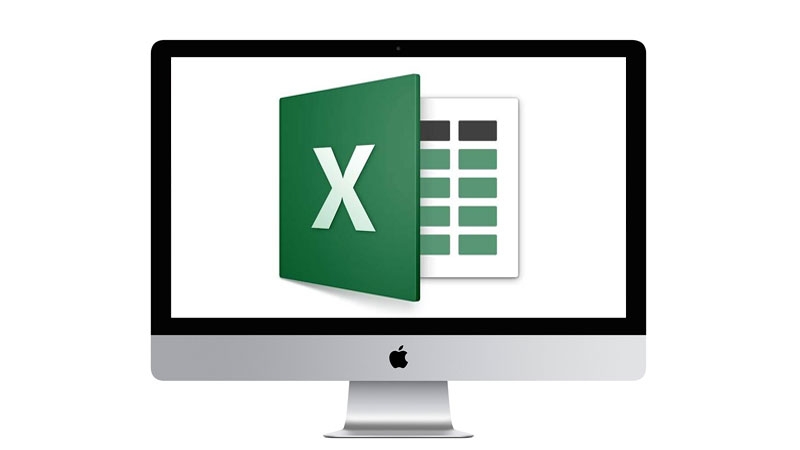 Spreadsheets: love them or hate them, they are a part of modern-day life and Microsoft’s Excel software is the go-to for most users spreadsheet needs. But what happens when you want to edit a Microsoft Excel .xlsx file on a Mac, iPhone or iPad? While it’s not quite as easy as opening .docx files in Pages for Mac, it’s not an overly complicated process either.

You might also like: How to edit .pages files in Windows |  macOS Sierra tips | How to install Windows on Mac | How to share files between Mac and Windows 10

What is an .xlsx file?

Before we go into detail explaining how to edit .xlsx files on a Mac, iPhone or iPad, let’s first discuss what an .xlsx file is. Simply put, .xlsx is a file extension for the open XML spreadsheet used by Microsoft Excel from 2007 onwards. Why the change in format from earlier versions of Excel? According to many, the reason behind the change was down to business users: there was reportedly a huge push from business users that wanted an open file format that’d make transferring data between applications and operating systems a painless process.

But what does that mean to us at home? It means that in theory, it’s easy to open and edit .xlsx files because despite being created and saved using Microsoft Excel, the file should be compatible with many third-party spreadsheet creation apps across macOS and iOS.

Read next: How to open a .docx Word file on Mac, iPad & iPhone

How to edit .xlsx files on Mac

So, how do you edit an .xlsx file on a Mac? Due to the open file format used by Microsoft’s Excel software, it’s surprisingly easy to edit a .xlsx file on a Mac. The best part is that you don’t even need to buy Microsoft Excel for Mac (as part of the Microsoft Office collection) as Apple’s own spreadsheet software, Numbers, offers compatibility with the file type. For those that don’t own, or don’t want to buy Numbers, there’s also a way to use Google Docs – or specifically, Google Sheets – to open and edit .xlsx files.

Although we said above that you don’t need Microsoft Office/Excel for Mac to open .xlsx files on a Mac, Excel is still the go-to for many spreadsheet users. It’s mainly to do with the familiar user interface across Mac and Windows that make it easy to use across both platforms. Of course, it also has to do with the fact that nobody likes to learn to use new software when you’re used to something else.

Of course, it’s incredibly easy to edit .xlsx files on your Mac using Microsoft Excel for Mac – open the software, select the Browse tab on the left-hand side of the pop-up window that appears and browse for the file. Click Open to open it, and you should then be free to edit the file as required – as long as it isn’t password-protected, that is. Read next: How to edit PDFs on Mac for free

As with opening Microsoft Word files in Pages for Mac, opening Excel files within Spreadsheets for Mac is a painless process as it offers built-in support for the file type. And unlike with Microsoft Office, Numbers is much cheaper at £19.99 on the Mac App Store at the time of writing, although many newer Mac users will find it pre-installed on their Macs. You can either double-click the .xlsx file to open it in Pages (unless you have another default spreadsheets app) or click File > Browse from within the Numbers app to open and edit the file.

Read next: Numbers for Mac review

If you don’t have access to Excel or Numbers for Mac, there’s one other option available: using a combination of Google Docs & Google Sheets in your web browser. The only downside? You may lose some formatting and formulae from your original .xlsx file as Google’s online spreadsheet software doesn’t offer the same advanced tools as Microsoft Excel.

So, to open your .xlsx file on your Mac using Google Drive and Google Sheets:

Read next: Alternatives to Numbers for Mac

How to edit .xlsx files on iPhone and iPad

Editing .slxs files on an iPhone or iPad running iOS isn’t as straightforward as it is on a Mac, but it’s not impossible to do either – it just depends on the apps you want to use. The biggest issue? Getting the .xlsx file onto your iOS device, as you’ll have to download it from a site using Safari or save it to an iOS-compatible cloud storage service like iCloud Drive, Dropbox or Google Drive (requiring a bit of foreplanning, rather than spontaneous work).

Of course, the easiest way to open and edit .xlsx files on your iPhone or iPad is to use the Microsoft Excel app available on the App Store. It’s even marked as being a free app, so there are no problems, right? Wrong. Despite the app being free to download, users will require an Office 365 subscription to actually use the app. If it’s a one-off, you can sign up for a 30-day trial of the service from within the app, but if not, you should probably consider the other options below.

For those without an Office 365 subscription, we suggest using Numbers for iOS. It’s not as expensive as Numbers for Mac at £9.99 on the App Store, but those who have bought a brand-new iPhone in recent years will have access to it free of charge. Using Numbers for iOS requires the .xlsx file to already be saved in iCloud Drive or OneDrive, as they are the two cloud storage services supported by the app. Once you’ve got the file uploaded, ready to edit: