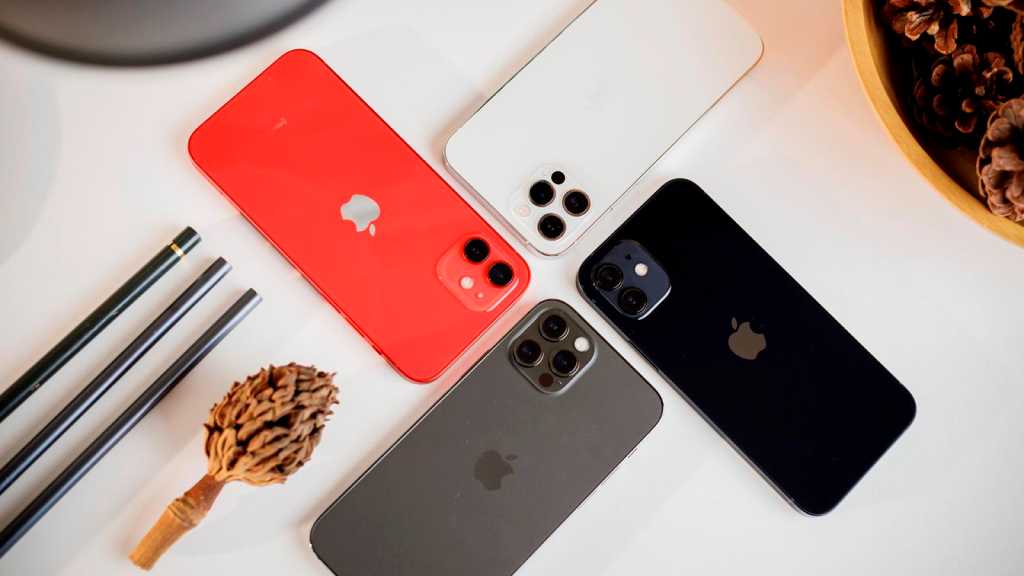 Should I buy a new iPhone right now?

Those who are in the market for a new handset are probably wondering whether now is a good time to buy a new iPhone. Are prices likely to go up or down? And is there any danger that a new model will be released in the near future?

To answer the final question: with the iPhone 14 series having been introduced in September 2022 we can safely assume it will be a while until Apple updates the iPhone again. The soonest we could expect a new handset is the spring of 2023 if the rumored iPhone SE Plus ever transpires, however it’s more likely we will be waiting until September 2023 for the next iPhone: the iPhone 15.

So, is this a good time to buy a new iPhone? Yes and no. If you want to get your hands on one of the new iPhone 14 handsets that Apple announced at the Apple Event on September 7 2022 you can pre-order one now, but you may have a few weeks to wait before it is delivered. If you weren’t one of the first to pre-order on Friday September 9 you will probably be waiting until mid or late October for the Pro models or end of September for the standard iPhone 14. The iPhone 14 Plus doesn’t ship until October 7.

What if it’s not one of the new iPhone 14 models that you want? Should you go ahead and buy one of the older iPhones?

There is one key reason not to buy just before an event: Following the introduction of the new iPhone models Apple tends to drop the price of the older models. With the latest iPhone launch event behind us you can now get the last generation of iPhones for less than before.

However, if you were reading this just before an event at which Apple could launch a new iPhone it is worth bearing in mind that there is one reason why it might be worth buying an iPhone before the event. It is possible that Apple will discontinue existing iPhone models (for example, Apple stopped selling the iPhone 11 and the iPhone 12 mini after introducing the iPhone 14 series).

Just after an event isn’t necessarily a great time to buy either, although in the US some networks offer their best deals just after a iPhone launches. It will be a few months before any resellers start to drop the upfront price of new Phone handsets.

You should be aware that even better discounts on older iPhone models could be just around the corner, though. We are also approaching the time of year when we see the best discounts. Between Black Friday and Christmas many resellers will cut their prices, so you may be able to pick up a great deal on a new iPhone if you can wait until then.

What we don’t expect to see is a discount on the new iPhone 14… Not yet anyway.

Here are the latest prices for the iPhone 14:

When will Apple update the iPhone?

Apple usually updates the iPhone range at an Apple Event in September.

However, Apple has introduced the iPhone SE during the month of March, so a spring launch is possible. With rumors that a new larger iPhone SE could one day launch perhaps it’s worth waiting until the spring if that handset might suit you.

When is the best time to buy an iPhone?

It’s easier to say when the worst time to buy a new iPhone is. That is without a doubt in the months leading up to September. So don’t buy an iPhone in August, unless you want to be kicking yourself a month later.

The best time to buy an iPhone isn’t necessarily when a new model launches either – unless you’re desperate to have the very latest hardware. You might be happy to wait a month or two after the launch and wait for supply to catch up with demand, and for any problems with the new phones to be identified and (hopefully) fixed.

We’d say that it’s fine to buy a new iPhone at any time within nine months of it launching, but if you are hoping to save some money on your purchase we’d recommend waiting a few more months.

When do iPhone prices drop?

We know based on past experience that Apple is very unlikely to drop the price of an iPhone in the first year of sales.

However, Apple does tend to reduce the price of the previous year’s iPhone when it introduces the new model – so expect Apple to discount its handsets in September (and potentially in the spring if it introduces a new handset at that time).

How much do prices drop when a new iPhone comes out?

The iPhone 11 also saw a discount in September 2021, but is no longer sold by Apple.

Apple’s not the only place you can buy an iPhone and it certainly isn’t the only one to discount the handsets. From time to time you will see deals from other resellers. We track these in our Best iPhone Deals round up, so check that page regularly!

Will there be Black Friday iPhone discounts?

The earliest you could expect to get a discount on the new iPhone is around Black Friday at the end of November, so you might be planning to hold out until then. However, the deals we tend to see, if any, are usually for the older handsets so if you are hoping for a discounted iPhone 14 or iPhone 14 Pro you will probably be disappointed.

Nor should you expect to get a discount from Apple on Black Friday. Apple’s Black Friday sale usually only takes the form of vouchers with select product purchases, rather than a discount, and it is unlikely that the newest iPhone would qualify as previous year’s new iPhones haven’t been included.

You may be able to find a Black Friday deal somewhere else though, although these deals are again likely to be for the older iPhone models. Interestingly though shopping events like Black Friday gets all the attention, that’s not the only time you can get discounts on Apple products: we see discounts all the time. We recommend you read out Best iPhone deals round up if you want to get money off an iPhone.

In our experience we don’t tend to see discounts on the newest handset until the spring – and these are always from third-party resellers, never from Apple.

What if I want to buy an older iPhone?

Just want an iPhone and aren’t too bothered about it being the latest model? So why not buy now?

As we said above, Apple has just cut the prices of various older iPhone models. You can currently get the iPhone 11 and the iPhone 12 and 12 mini for less than you could previously. You can buy these iPhones direct from Apple, but the best deals to be had usually aren’t from Apple though: we round up the best iPhone deals here.

Because Apple tends to cut prices of older iPhone models when it introduces a new generation we would suggest that you don’t buy an older handset just before the new ones are expected. If you make your purchase in August you will likely be kicking yourself after the price drops a month later.

On the other hand, there is a risk in waiting. If you had wanted to buy an iPhone 12 Pro from Apple and waited until after the iPhone 13 launch to take advantage of a lower price you would have been disappointed – Apple discontinued the iPhone 12 Pro and Pro Max models. (It is likely you can still buy that handset from a third party reseller, it just might not see as big a price drop as it would have.)

You may still be able to purchase even older iPhones, such as the iPhone XR or the iPhone X, from a third-party reseller, but we suggest that the deal would have to be exceptional to be worth your money. If you’re wondering which of these iPhone models is best for you, read our iPhone buying guide.

How often does Apple update the iPhone?

Knowing when the latest iPhones came out should help when making a judgement on whether there will be an update soon.

The iPhone tends to be on a yearly cycle with Apple typically holding a single launch event per year in September (2020 was a bit different: we had the iPhone SE launch in April and the iPhone 12 launch was delayed until October).

In any year it is possible we could see an iPhone launch in the spring, but September event is generally a given.

Conclusion: Is now a good time to buy a new iPhone?

The worst time to buy would be July or August, mainly because with new iPhones on the horizon the price of the older handsets are likely to drop very soon.

If you want the newest iPhones then the best deals don’t tend to come before the spring and summer months. If you are happy to buy an older iPhone then you will probably see decent deals around Black Friday – but deals happen all year round.

We hope this article has proved helpful in reaching an informed buying decision. Remember that good prices can be found all year round, if a retailer is feeling generous and you know where to look: read our guide to the best iPhone deals for more on that.

Wondering how long Apple supports iPhones for? Read How long do iPhones last.

Check out the best prices for the iPhone 13 right now. For more iPhone deals see our round up.