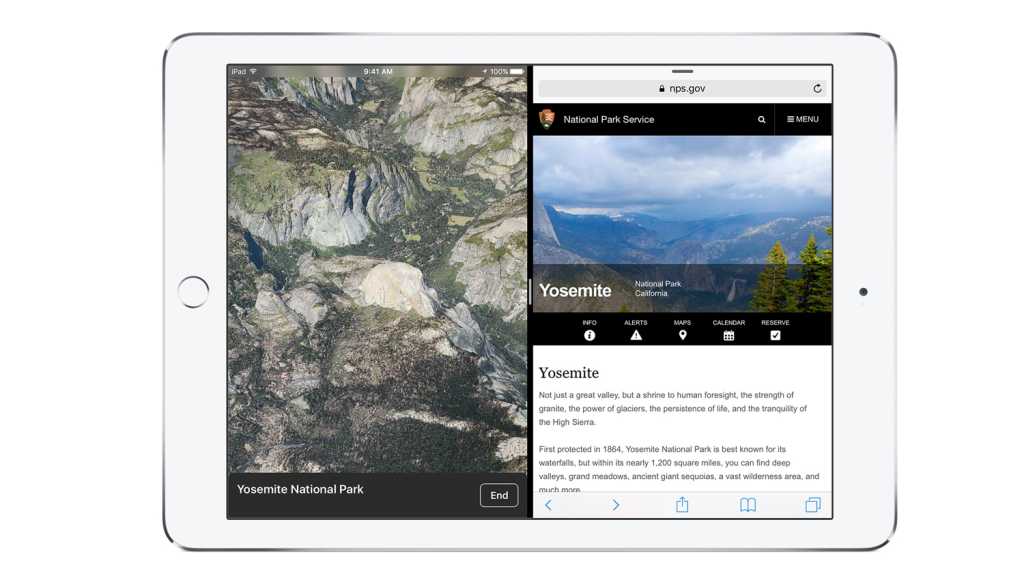 Having your iOS device do more than one thing at a time can be very useful, but if you find that you’re triggering multitasking features by accident, suspect they might be slowing down performance, or draining your battery, it’s easy to stop them.

In this article We show you how to turn off multitasking on iPhone or iPad. Read next: iOS 10 tips

The term has been around for a long time and refers to a device running multiple apps or programs simultaneously. With Macs this has been a standard feature for many years but, due to the power and battery constraints of mobile devices, iPhones and iPads have taken longer to adopt the feature. Read next: How to improve iPhone and iPad battery life

In iOS 9 Apple introduced the Slide Over and Split View options for newer iPads, which allow users to either quickly access another app or have two running side-by-side. 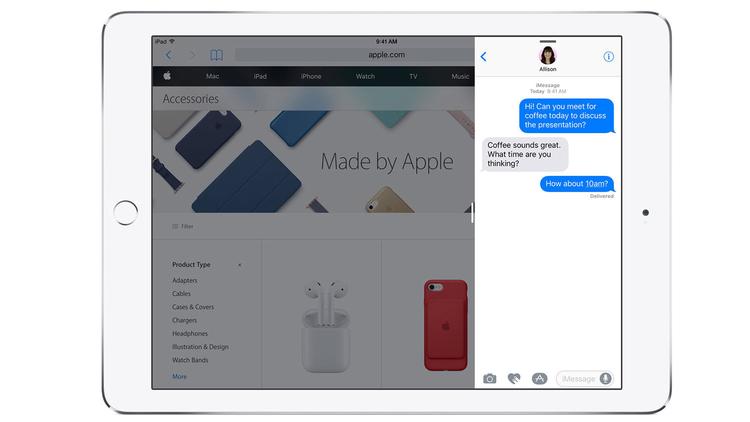 Picture in Picture was another addition, one that lets you have a video running in a corner of the display while you use a different app. 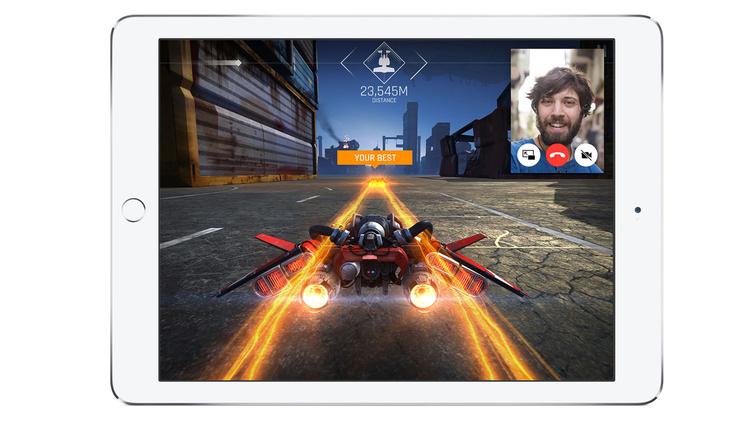 Sadly these features are absent on the iPhone, including even the larger 6s Plus and 7 Plus models. While some apps can run in the background – a music or podcast player, say – for the most part applications are put into a suspended state on an iPhone when you leave them, and ready to pick up from where you left off once you return.

Because of this you can’t actually turn off multitasking as such on an iPhone, but there is a tweak you can make. Read next: New iOS 11 latest rumours

The Background App Refresh setting allows suspended apps to check for new content or updates. This is typically used by the likes of Facebook and Twitter, as well as a good many other apps.

Most of the time it’s a useful feature, but all that checking in with servers can have a disastrous effect on battery life. Thankfully Apple provides granular controls to limit these issues.

To find this, go to Settings > General > Background App Refresh, then either turn off the whole service via the master switch at the top of the page, or go through the apps individually, disabling any that you deem unworthy. 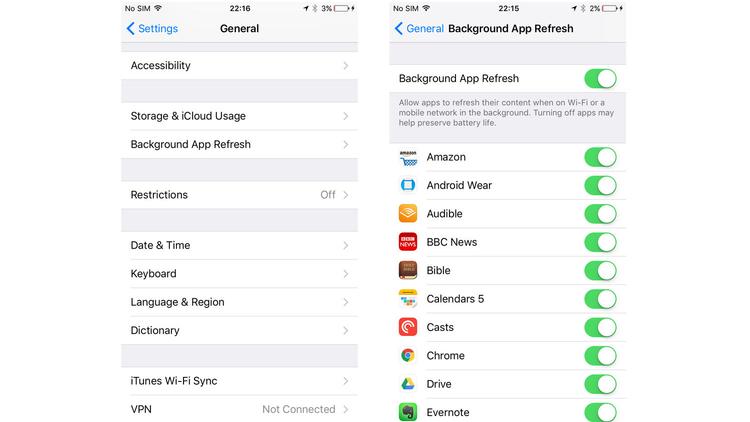 Obviously this will change the way the apps perform, as they’ll only update when you’re using them, but you can change these settings back at any time.

Turning off multitasking on iPad

Depending on which model of iPad you own, there are a few different multitasking features that can be used or switched off.

To find the controls go to Settings > General > Multitasking, where you should see a list of options. 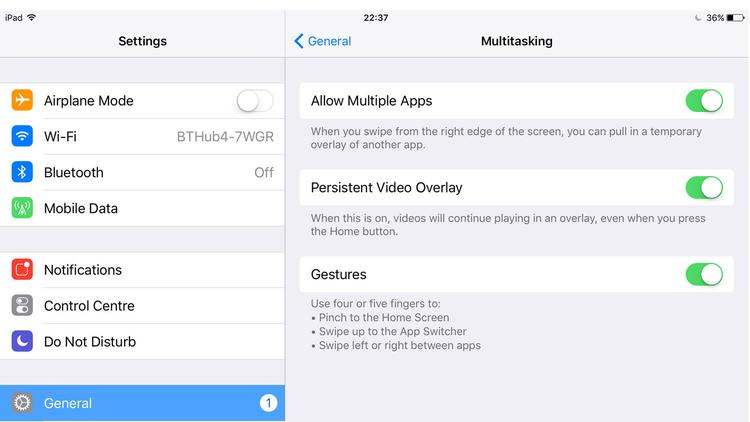 Allow Multiple Apps is the setting that enables both the Slide Over and Split View. Toggle this switch to disable the features.

Beneath this is Persistent Video Overlay, which is the control for the Picture in Picture feature.

Lastly there’s Gestures. This controls the multi-touch gestures that allow you to navigate around iOS with four and five finger shortcuts. Once again, toggle the switch to turn these off.