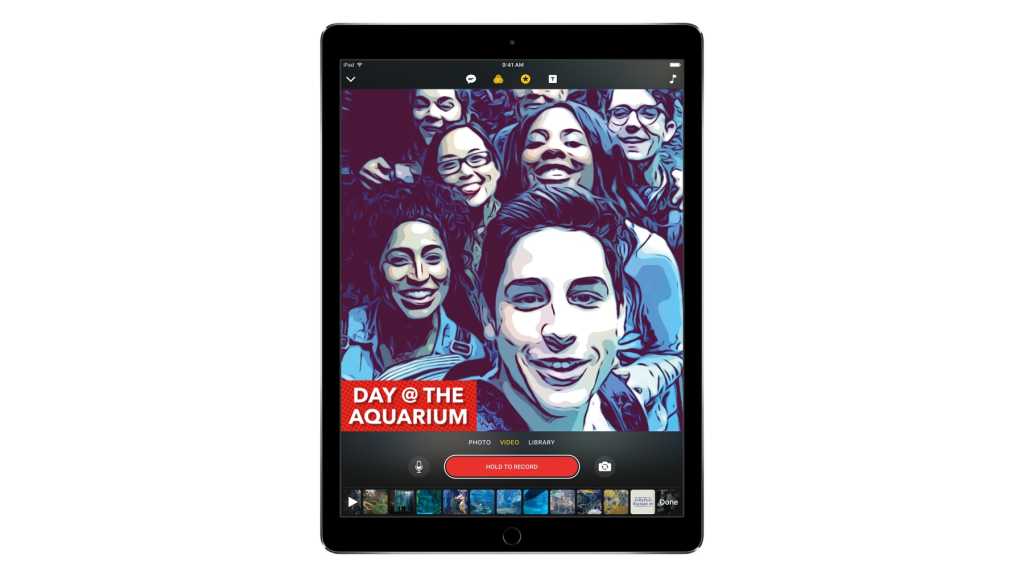 Apple is preparing to launch Clips, a new video editing app with filters, special effects, and a focus on social media. This new release is set to be a direct competitor to Snapchat, but which is best for you? It’s time for a showdown: Apple Clips versus Snapchat!

In our comparison review we look at feature sets, interfaces and more and try to work out which app is going to rule video social media.

The new app from Apple is for creating short videos that can also incorporate still images, background music, and some pretty snazzy effects. These will be available to share on social media sites as well as directly through iMessage.

When is Clips coming out?

Following the initial announcement of Clips in March 2017, the app is now available to download for iPhone and iPad users, and it’s free.

There is one small catch: Clips can only be downloaded on iOS devices running iOS 10.3 or later. So it might be time to make the update.

Differences between Snapchat and Clips

While both apps offer the ability to create videos, use fun filters, and share with friends, there are some distinct differences between the two. See also: How to use Snapchat

Snapchat is designed to quickly put together content which can then be posted on the app’s private network. By contrast Apple doesn’t have a social platform of its own, so Clips will be shared either directly through iMessages or on other existing social media sites.

This creates a second difference. Snapchat creations are intended to be short-lived. Snaps are automatically deleted once they’ve been viewed by recipients, and My Story videos are removed after 24 hours. You can move anything you create to the Memories section, which will keep them available, but this isn’t the default.

As Clips will be posted on a number of different services, there appears no way that Apple would be able to automatically delete them. So anything you make is therefore designed to stick around.

At the heart of these apps are filters, titles, and augmented reality animations that the user can overlay on their videos and images.

Both Snapchat and Clips offer the ability to apply various filters to your creations simply by either swiping or selecting from a menu. From what we’ve seen so far the Apple variant seems to have more impressive visuals, with Prisma-style cartoon effects featuring in the promotional videos. 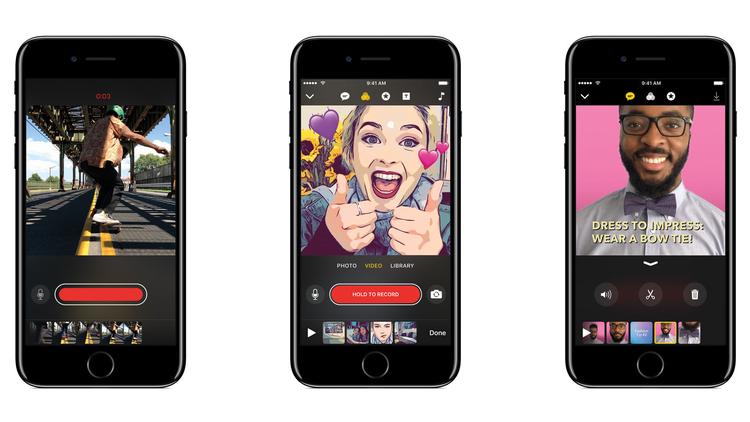 Where Snapchat scores an easy victory is in the AR animations. It’s incredibly easy to add animal ears, head-dresses, swap faces, and even apply full-on animations that can transform a humble journalist into a dancing bunny. If you’re looking for fun, then Snapchat is still the one to beat. 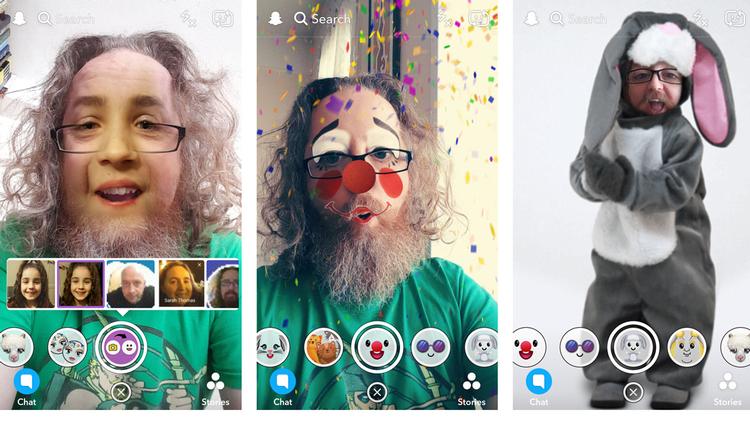 Don’t count Clips out just yet, though, as it has an ace up its sleeve. While the two apps offer the ability to add titles and annotations to images, Clips features a very clever vocal recognition feature that allows users to create titles and comments just by talking as they record.

This feeds into another Clips highlight, in that the app will listen for names that are mentioned in the audio and then search your contacts to see if there are any matches. These are then suggested to you when you go to share the video. The same is also true of any faces the app recognises from your Photo library.

The editing features on Snapchat are somewhat basic, and that’s fine as the emphasis is on quickly creating and sharing content. My Stories is a way for users to place videos and images one after another and build a narrative, but they remain separate, so transitions can be harsh.

Apple has taken a more considered approach, where images and videos can be edited on a timeline, background music applied, and generally a bit of spit and polish added to the production. It will of course require more time to put together, but it’s also intended to last longer than the day that Snapchat deems optimum.

Which one should I use?

This depends very much on who you want to reach. If you have lots of friends on Snapchat then it would make sense to carry on using that service. It’s quick to master, has some very amusing animations, and has a modicum of privacy as posts are deleted each day.

But if you’re new to the video creation side of social media then we think Apple’s Clips offers a wider scope. You don’t need to sign up to yet another social media platform to use it, your posts can be sent to a wider range of people, and they will remain available for as long as you want them to be.

Thankfully this doesn’t have to be a zero sum game. Why not use both? Snapchat for fun, and Apple Clips for your more artistic moments.