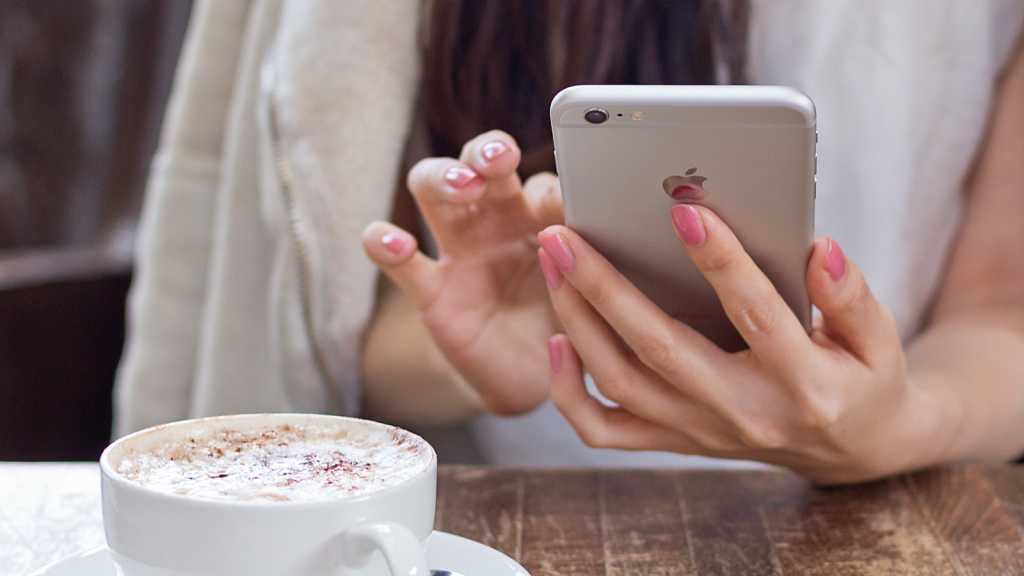 An old joke holds that anyone with two mobile phones is either dealing drugs or having an affair – but in fact, there are plenty of legitimate reasons why you’d want to maintain two separate numbers.

Some need to be contactable for work at unsociable hours, but would prefer to turn off the phone that mates would call; others would wish to prevent work contacts from spoiling quality family time.

(If you’re reading this article because you just want to block some people from calling you while allowing others through, incidentally, remember that you can activate Do Not Disturb mode – which can be done via the Control Centre – then go to Settings > Do Not Disturb > Allow Calls From, and select either your favourites or a group of contacts.)

Whatever your reasons for maintaining two phone numbers, the good news is that it’s possible to do this without lugging around two handsets. You can use two SIMs with the same phone; or you can use one of the various apps and carrier services that manage two numbers from a single SIM.

In this article we explain how to use two numbers on an iPhone.

Update: Apple has stated in a document shared with phone networks that if the iPhone 12 is used with dual SIMs 5G will not work. More here: If you use dual SIM cards in iPhone 12 you won’t get 5G.

The most obvious way of running two phone numbers from a single handset is to use two SIMs – but if you’re an iPhone owner, this is easier said than done. Nobody likes the idea of physically swapping SIM each time you want to make a call from the other number, and Apple has never released an iPhone with slots for dual SIMs.

(Some Android handset makers have done this, even if it seems to be getting rarer – you can read more in our colleagues roundup of the best dual-SIM phones.)

Fortunately, some canny accessory makers have come up with adapters that let you plug two SIMs into your iPhone. And even though there’s no room in the phone’s chassis to hide two SIM cards, using a case can solve this problem too.

To do this you need to download the MoreCard app free from the App Store first.

The NeeCoo Magic Card can be bought from GearBest for £24.67, with free shipping to the UK.

Read more about this solution here: How to add a second SIM to an iPhone

We’ve also heard positive things about Simore, although this isn’t a solution we’ve tried ourselves.

The company sells dual-SIM adapters for every model of iPhone from the iPhone 4 through to the iPhone 7 and 7 Plus – and some triple-SIM adapters, too. Prices start at 34 euros for iPhone 7 adapters. 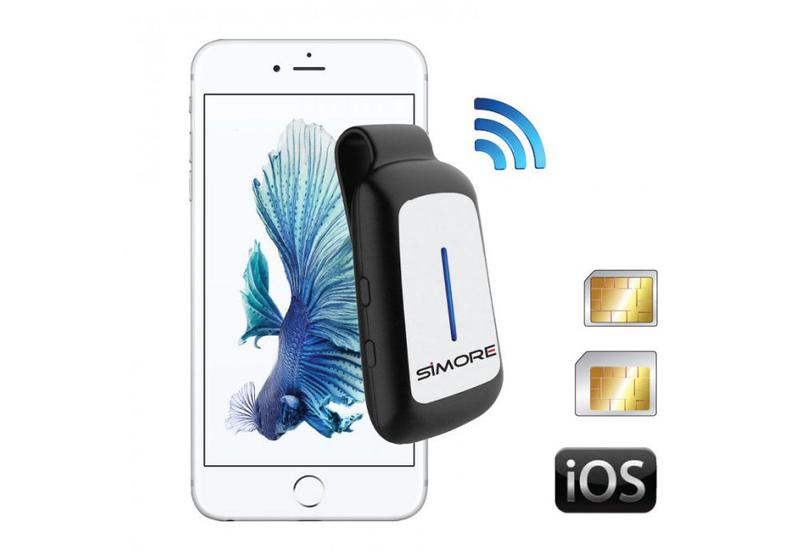 Instead of buying a dual-SIM adaptor, you could just install this free app. You get 50p credit to start you off, but you’ll quickly rack up a bill: a phone call to a landline costs 5p a minute, calls to mobiles are 6p a minute and texts cost 6p a time. 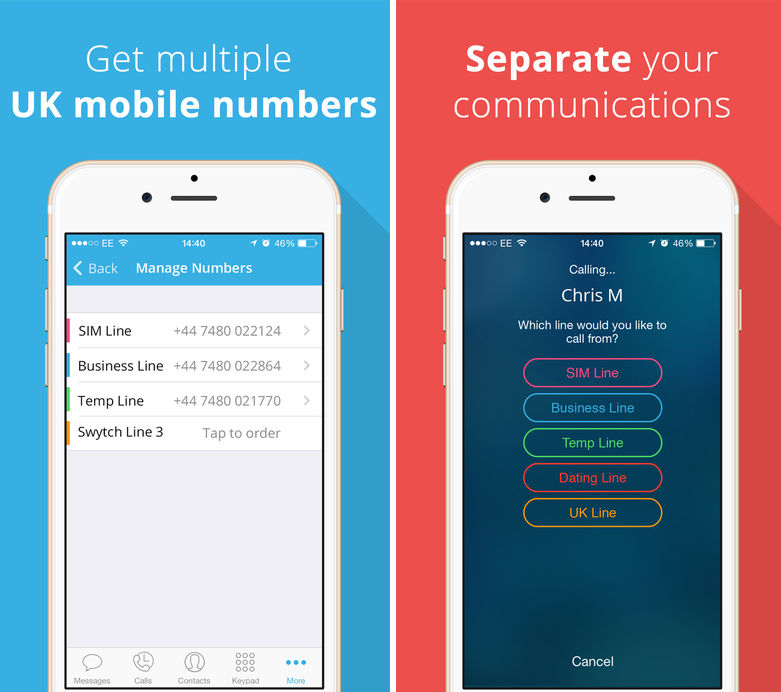 Echoing the bad joke that started this article, launch press around Swytch suggested the app was primarily aimed at people cheating on their partners, but the company’s CEO half-heartedly tried to deny this.

“Swytch makes it possible for people to have multiple numbers on their existing mobile phone,” said Chris Michael, “and while this may assist people who have already decided to have affairs, I cannot believe that would be a factor in their decision to start one.”

Here’s a big-name solution to the two-number problem: use Skype and pay for a number. This is a feature called, simply, Skype Number.

The number you select can be set up with a variety of area and country codes, and you can pick up calls to that number on any device set up with your Skype account – including your iPhone, of course. You can pay for the number via a three-month or yearly subscription.