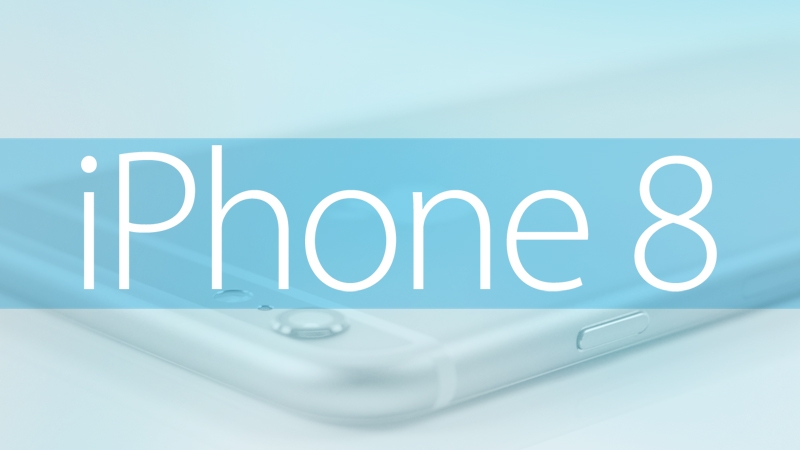 Donald Trump spent much of his presidential campaign complaining about Apple and its offshore manufacturing operations, and promising he would make the company build its iPhones in the US. Now he’s trying to make his promises a reality. In this article we discuss where the iPhone 8 is likely to be built. Read more: Where are Apple products made?

Speaking to the New York Times, Trump claimed to have spoken on the phone with Tim Cook and reached a degree of understanding about the matter.

“I got a call from Tim Cook at Apple,” reported Trump, “and I said, ‘Tim, you know one of the things that will be a real achievement for me is when I get Apple to build a big plant in the United States, or many big plants in the United States, where instead of going to China, and going to Vietnam, and going to the places that you go to, you’re making your product right here.’ He said, ‘I understand that.'”

Apple has its reasons for building its smartphones in Asia, of course: labour costs are lower and there is, according to Cook, a shortage of relevant skills in the US. Moving manufacturing to America would lose Apple a lot of money. But Trump thinks he can sweeten the deal.

“I said: ‘I think we’ll create the incentives for you, and I think you’re going to do it. We’re going for a very large tax cut for corporations, which you’ll be happy about.’ But we’re going for big tax cuts, we have to get rid of regulations, regulations are making it impossible.”

What Trump did not claim – and past behaviour suggests he’d be singing it from the rooftops – is that Cook actually agreed to any of this, even in principle.

Since then, Trump has stated in an interview with Axios that Tim Cook has his “eyes open” to the idea of building iPhones in the US, and that he “really believes [Cook] loves this country and I think he’d like to do something major here”, whatever that means.

There was another twist in this tale when it emerged on 7 December 2016 that iPhone manufacturer Foxconn is indeed pondering an expansion of its (currently relatively small-scale) US operations, in a move that is apparently expected to involve $7bn of investment and create 50,000 jobs.

Eagle-eyed journalists spotted that paperwork being shown off to publicise SoftBank’s US investment deal also featured Foxconn’s logo, and appeared to suggest that the second figure in each pair of numbers referred to that company. 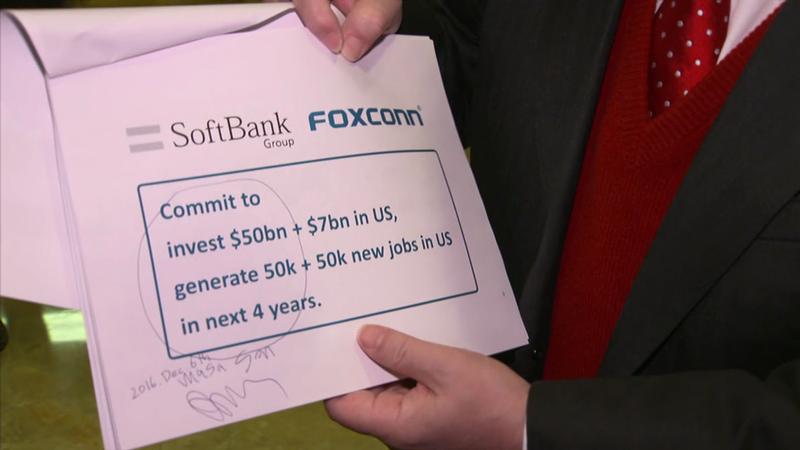 Foxconn has since confirmed that it is in talks about expanding its US operations, although it has declined to comment on the figures given. “While the scope of the potential investment has not been determined, we will announce the details of any plans following the completion of direct discussions between our leadership and the relevant US officials,” the firm said in a statement, according to Reuters.