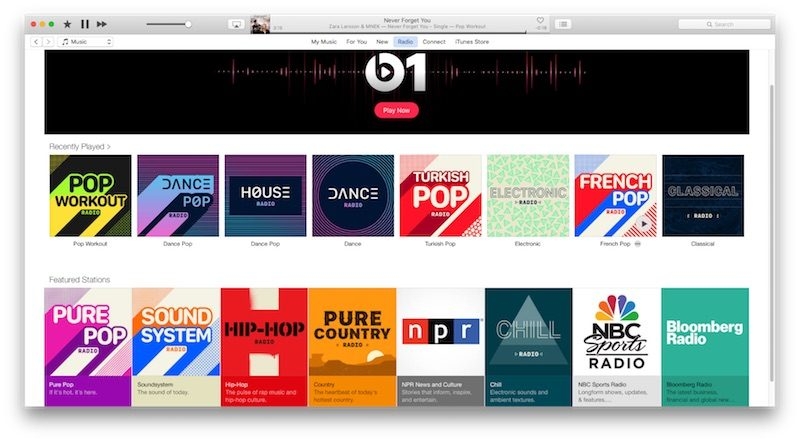 Apple Music was created to be the answer to Spotify and Google Play Music, and offers a huge library of over 30 million tracks available to stream and download, alongside curated playlists. Radio stations offer a wide music video library too, but when there’s so much on offer it can be difficult to decide what to listen to.

Wouldn’t it be great if you could discover music based on a song, album or artist you like? With Apple Music it’s possible, and here is where we show you how.

For those new to the world of Apple Music, we offer our complete guide to Apple Music.

Before we show you how you can create your own Apple Music Stations, we thought we’d first explain how they’re different to the curated playlists available on Apple’s music streaming service.

Playlists available on Apple Music are generally focused around an artist, decade, genre or activity, from playlists for the journey to work to playlists comprised of 60s anthems, and everything in-between.

According to Apple, Apple Music playlists are all curated by real people and offer something a little more personal than generic playlists offered by the likes of Spotify and Google Play Music.

Stations are a little different, but offer a charm of their own. Think of Stations as iTunes’ Genius functionality reimagined for Apple Music users; using Stations, you can discover new music based on songs, artists and genres of songs already available in your Apple Music library via intelligent algorithms, and it’s generally pretty impressive.

Personalised stations are different to Beats 1 and the likes of Pure Pop available on Apple Music, offering a tailored queue of music, or a ‘station’, similar to music you already like. It’s great for discovery, as it’ll regularly introduce you to songs and artists with a similar sound to the track you based the station off.

Read next: How to use Apple Music in the UK

How to create Apple Music Stations

So, now you know the difference between curated playlists and stations on Apple Music, we’ll show you how to create Apple Music stations on iOS using the Music app, and Mac/PC using iTunes.

On iPhone and iPad

To create your own Apple Music Station on an iPhone or iPad, simply: 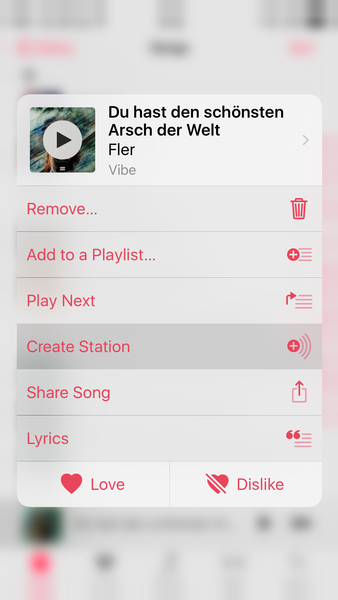 As with general music playback on Apple Music, you can easily skip tracks, add the ones you like to your library and more. A top tip: rating songs as they appear using the in-app star-rating system makes the station more personal to you and the music you like.

On Mac and PC

You can also create Apple Music Stations on macOS and Windows 10 via iTunes, and it’s just as easy (if not a little easier!). Simply open iTunes, find the song, album or artist you’d like to base your Station on, right click it, click Start Station and voila! The Station should automatically begin.

Read next: How to cancel Apple Music on your iPhone, iPad or Mac