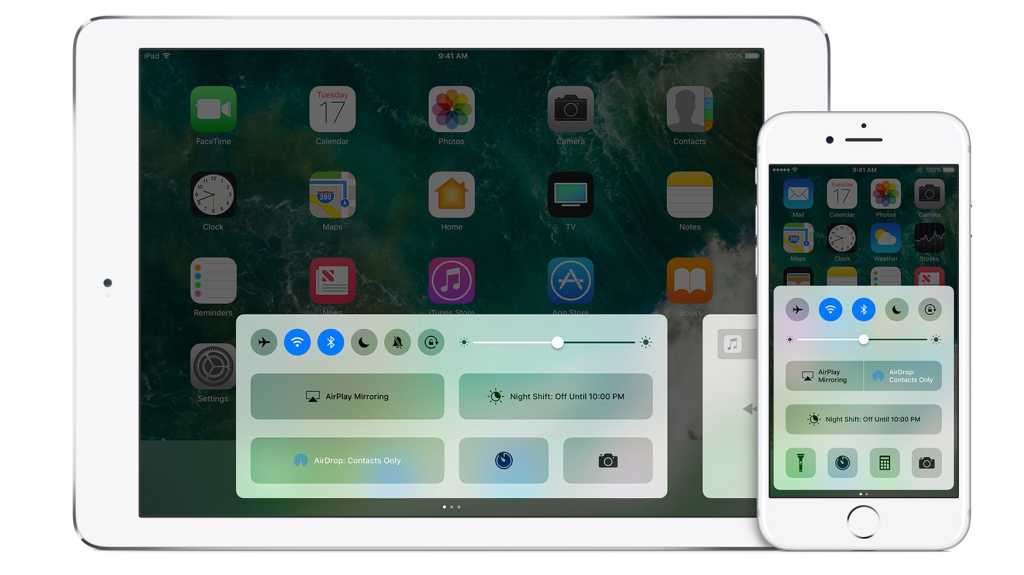 Many of the daily tasks you want to perform with your iPhone or iPad can be done quickly and easily via the Control Centre. From turning on the flashlight to launching the camera, it’s all available with a couple of swipes.

So, to save you time and effort each day we show you how to use the control centre on iPhone and iPad.

See also: 51 iOS tips: Get more out of your iPhone & iPad

What is Control Centre?

This is the little menu that appears when you swipe up from the bottom of the screen on an iPhone or iPad.

In here you’ll find lots of shortcuts to useful features such as the calculator, timer, as well as controls for Wi-Fi, Bluetooth, display brightness, and Nightshift mode.

How to use Control Centre

You can access the Control Centre from any screen on your iOS device, including the Lock screen. Simply slide your finger up from just below the bottom of the display and a menu should appear. 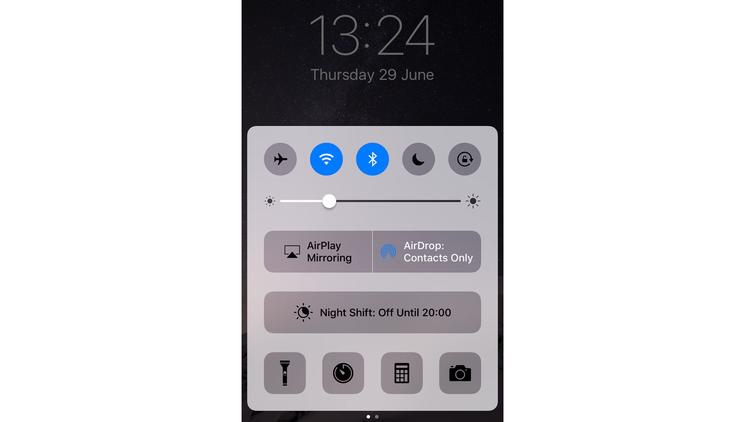 To dismiss it you can either swipe down on the screen or press the Home button.

Apple has arranged the menu into a few different areas, with the top row of icons giving you quick on/off controls for various settings.

These include Flight mode (which turns off cellular and Wi-Fi access), Wi-Fi, Bluetooth, Do Not Disturb (this makes all calls and notifications silent when the phone is locked), Mute (iPad only), and the Portrait Orientation Lock which prevents the display from switching between portrait and landscape mode whenever you turn the device.

Under these (or to the right on iPad) you’ll find the brightness slider that can be used to make the screen brighter or darker.

The next section has a switch for Airplay Mirroring that allows you to quickly stream music, video, or photo content from your iOS device directly to an Apple TV or Airplay compatible device. 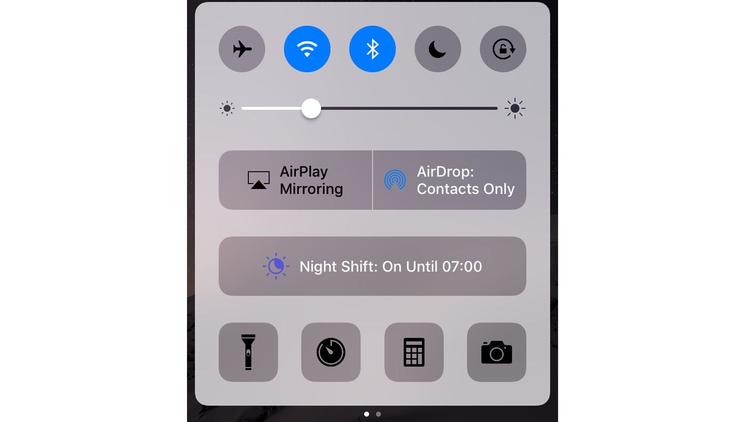 For more details on how Airplay works, and why it’s so handy, take a look at our How to use Airplay in iOS 10 guide.

Next to Airplay is Airdrop. This is another useful feature, allowing users to share documents, photos, videos, and other information with nearby Apple devices.

Tapping on Airdrop opens a menu where you can choose to turn off receiving data, set it so that only people in your Contacts book can send you things, or open the floodgates by selecting Everyone. 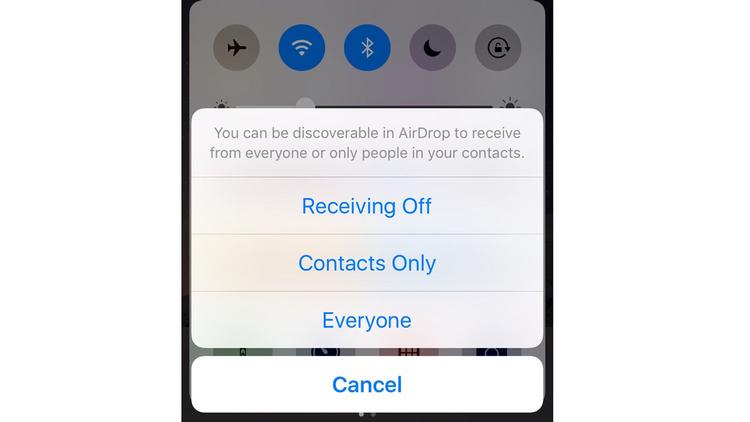 Again, we have a guide on How to use Airdrop in iOS 10, so take a quick look if you want to know more.

The next area is dedicated to Apple’s Night Shift function, that was introduced with iOS 9.3. Turning this on lessens the amount of blue light emitted by iOS devices, which should help you sleep better if you use your devices at night.

Night Shift is usually set to run between certain hours. These can be adjusted by going to Settings > Display & Brightness > Night Shift. Here you can also choose how pronounced the feature is, as a pink/red display is not for everyone.

The switch in Control Centre overrides the general setting, enabling the feature immediately. This is not permanent though, as it will turn off again at the time originally specified. You’ll see this on the icon itself, where it states ‘On until…’

The bottom row of icons is used to activate the various tools on offer in iOS 10. The first is a flashlight, followed by a timer/stopwatch, then a calculator, and finally the camera.

If you have an iPhone 6S or later then you can take advantage of the 3D Touch feature here. Pressing and holding down each of the icons will bring up additional quick menu selections. 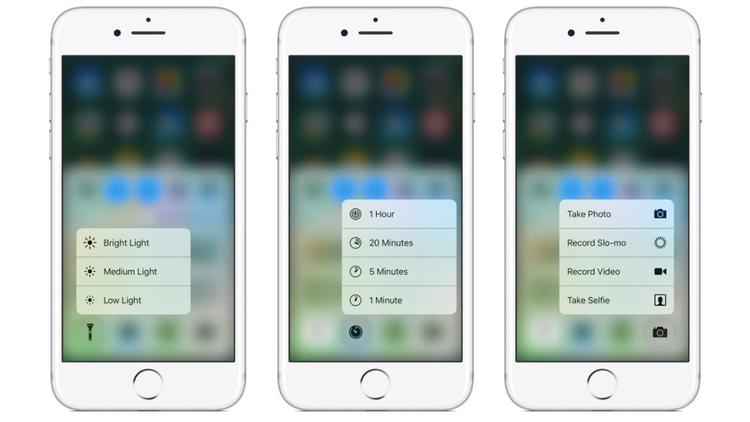 These range from differing levels of brightness on the torch, to choices between photo, video, slo-mo, or selfie on the camera.

Swiping left on the Control Centre will move you to the media control page. If you have a music, podcast, or audiobook app open then you’ll see the artwork displayed for the current track, plus controls for playing, skipping forward or back through the content, as well as volume. 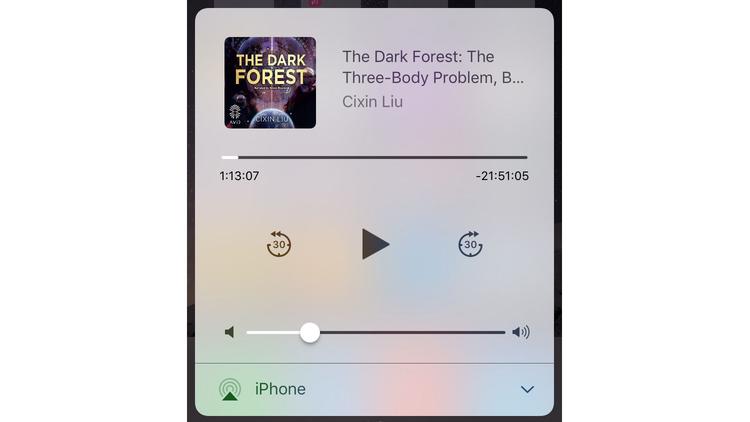 At the bottom there’s also a section where you can control which device the audio is played through – say if you have a Bluetooth speaker nearby. Simply tap the area and select from the options that are displayed.

If you have any HomeKit compatible devices in your house you can swipe left once more to open up the HomeKit panel.

Here you’ll see controls for changing the brightness of bulbs, regulating your thermostat, and settings for whatever smart devices you have around your abode.

So, there you go. A quick tour of the Control Centre. It really is a very handy shortcut to lots of useful features, and takes very little time to master.

It’s worth noting though that Apple recently announced some big changes coming to the Control Centre in iOS 11. So, take a look at our guide on Everything you need to know about iOS 11 to know what you should expect later this year.