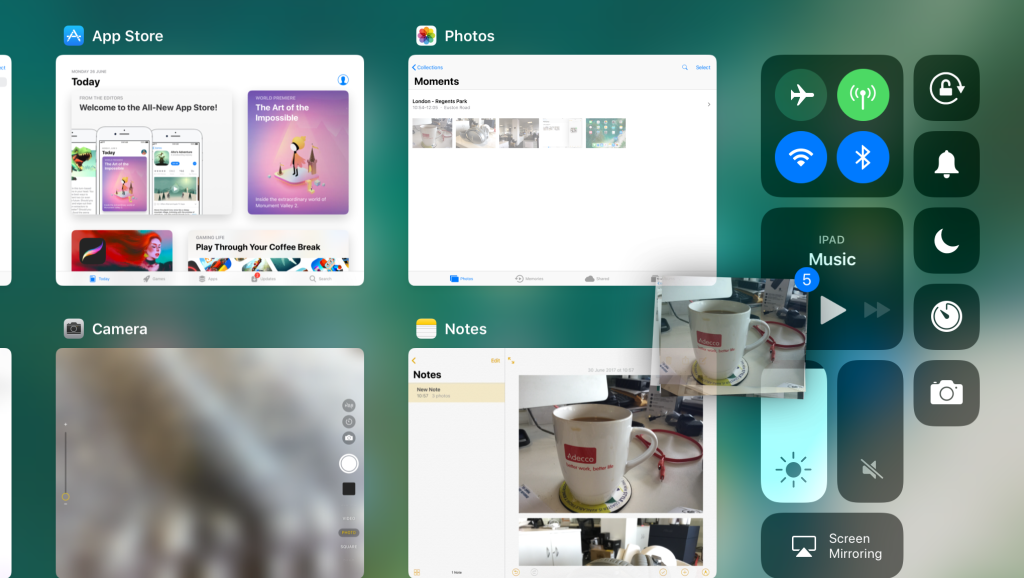 Drag and drop is a new feature coming to iPhone and iPad in iOS 11, and looks to improve upon what has been available on PC and Mac for decades. It’s incredibly easy to do, too; you simply press and hold on an item you want to drag, and it’s then pinned to your finger. From there, simply swipe across the display with your other hand and drop the item where you want.

Interested in trying out iOS 11 early? Here’s how you can install the iOS 11 beta.

How to drag and drop in iOS 11

As mentioned above, it’s incredibly easy to drag and drop in iOS 11 – simply tap and hold the item you’d like to transfer and it’ll be pinned to your finger. But what can you do once you’ve selected your items? You’ve got a few options available.

Of course, the go-to action will be dragging and dropping files between apps. But how is it done?

The easiest option is to open both apps side-by-side on an iPad using the split-screen functionality introduced in iOS 9 – although activating it in iOS 11 is different to previous iterations of iOS. We’ll use Photos and Notes as an example, but the functionality should be the same across all drag-and-drop enabled apps.

From the Home screen, tap and hold the Notes app until it’s drag-able (different to moving and deleting icons) and tap on the Photos app to open it. From here, ‘drop’ the Notes app on the left- or right-hand side of the app to run them side-by-side.

You can keep the Notes app open as an overlay, or you can pull the tab at the top of the app upwards to run it in split-screen mode. 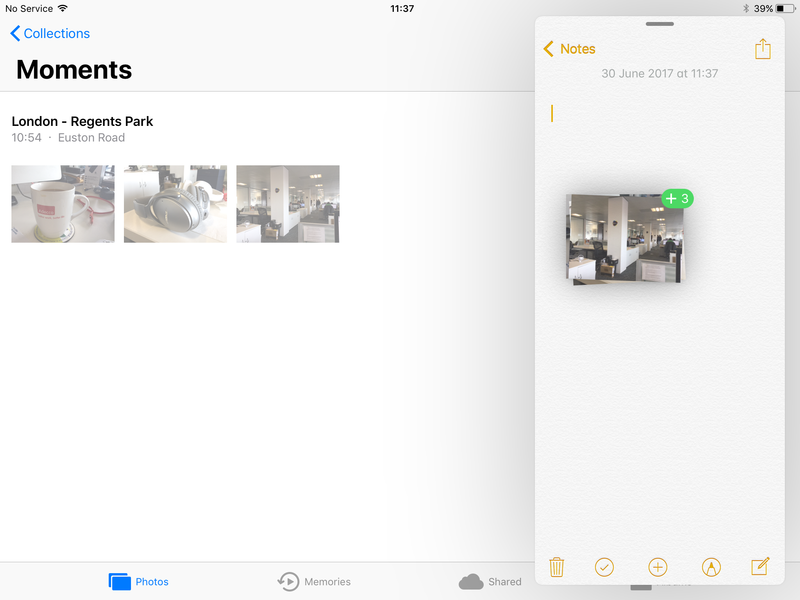 You’ll see a green icon appear when you’ve dragged it to an area that supports the functionality. Once the icon appears, simply drop the items into place. It’s that simple!

If running apps side-by-side isn’t for you, you can open an app, select the items to be moved, swipe up from the bottom of the display to access the new dock and open the app you’d like to transfer them to from there. It’s a little fiddlier than the above method, but it’s an option!

As well as being able to drag and drop photos and other items between apps, you can also use Apple’s drag and drop technology to organise your Home screen, a task that for years has been laborious (especially when trying to rearrange the layout of multiple apps).

To drag and drop a bunch of apps in iOS 11, tap and hold an app’s icon on the Home screen until it starts to shake (with fear of being deleted, no doubt!). Once an app has been selected, it’s simply a case of tapping on other apps that you’d like to move.

All selected apps should bunch together, allowing you to move multiple apps between folders/screens on Apple’s Home screen. It’s a huge improvement, and one that we welcome – especially with over 100 apps installed on our devices.