Siri has a few impressive tricks up its digital sleeves, and now a new one can be added to the list: reading out your messages in WhatsApp. In this article we show how to get this helpful feature up and running on your iPhone.

While you’re entertaining yourself with the capabilities of Apple’s voice assistant, be sure to also read our Funny things to ask Siri feature, as it’s good for a chuckle or two.

WhatsApp has recently updated its app to include support for Siri. This means that you can now ask the voice assistant to read out your latest messages, something that can be useful if you’re driving, cooking, or just like the idea of having your very own PA.

What do you need?

If you’re not sure what version of WhatsApp you’re currently on then just open the app, tap the Settings icon in the bottom right corner, then select Help. At the top of the next page you will see the current build number.

The Hey Siri feature will also have to be enabled. To find this go to Settings > Siri, and make sure that the ‘Allow Hey Siri’ option is turned on.

Another important setting is to allow WhatsApp permission to talk to Siri. To do this go to Settings > Siri > App Support, and turn the WhatsApp feature on. 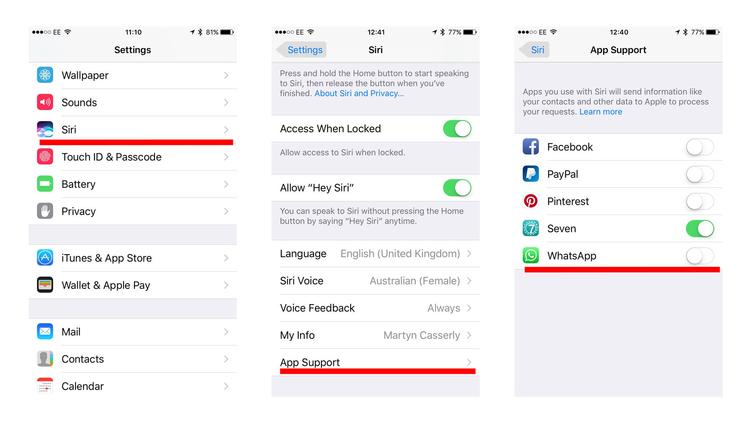 Read next: How to get WhatsApp on a Mac

How do I get Siri to read my WhatsApp messages?

With everything now set up you can start to use Siri to speak forth your received WhatsApp missives.

When you see that a message has arrived simply say “Hey, Siri” to activate the voice interface, then say “Read me my latest WhatsApp message.”

Now you’ll hear who the sender was and what they had to say. When this is completed Siri will ask if you want to reply. 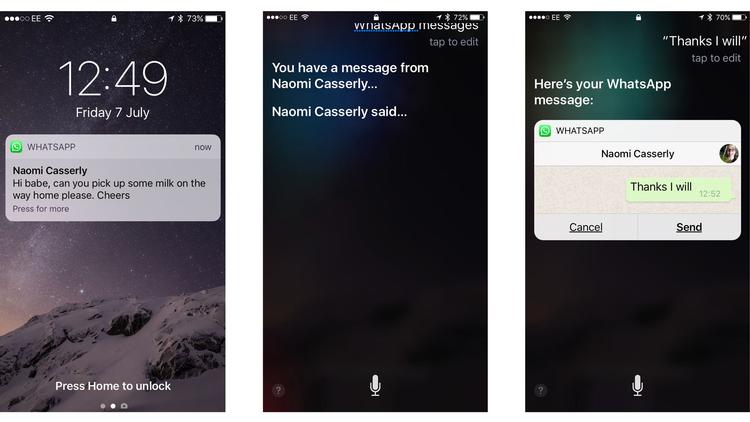 Answer “Yes”, then – when prompted – dictate your response. Siri will ask you to confirm the reply, and then it will send it without you ever having to touch the screen.

It’s worth noting that Siri will now regard the message as read, even if it still appears as unread in WhatsApp. This means that if you ask for it to be spoken aloud again Siri will tell you that you have no new messages.

So be sure to listen to what she/he has to say the first time around.

That’s it. You’re now free to encumber your hands, safe in the knowledge that you’ll still be able to interact with demands for groceries. Living the dream.