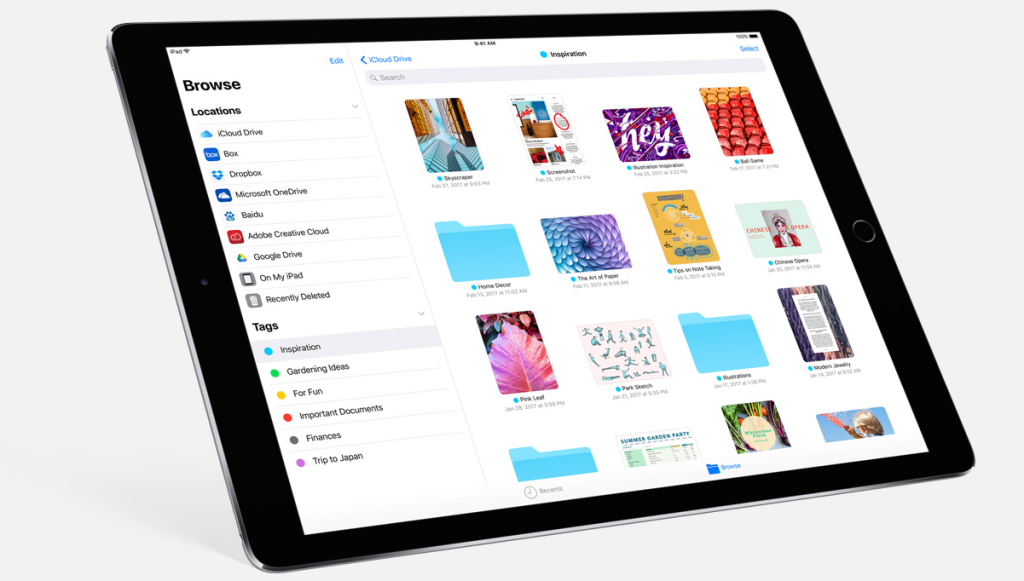 Apple took to the stage at WWDC 2017 in June to showcase a range of improvements to not only iOS, but macOS, watchOS and tvOS too. One of the main features of iOS 11 is the all-new Files app, providing iOS users with the ability to manually manage files – something that had previously been limited on the iPhone and iPad.

Here, we show you how to use Files for iPad (and iPhone too!) in iOS 11, including some handy tips to get the most out of the app.

Not installed iOS 11 yet? Here’s  how you can install the iOS 11 beta.

How to use Files for iPad

The Files app, like many Apple-designed apps, is easy to use but it takes a bit of know-how to get the most out of it. That’s where we come in: we’ve spent some time with Files for iPad in iOS 11, and here’s how to use it.

Drag-and-drop was a huge part of the iOS 11 at WWDC 2017 in June, so it comes as no surprise that it is an integral part of the Files app. It’s still possible to select and move files using on-screen buttons but it’s much faster to simply drag and drop them using your fingers.

If you can’t get the hang of the new drag-and-drop functionality, or if you want to move files using the smaller display of the iPhone, you can move them manually.

With the ability to store a range of file types within the Files app, it’s likely that it’ll get crowded and harder to locate specific files you need. Don’t panic though, as Files features a similar tagging system to what is used in macOS.

It’s worth noting that adding a tag to files won’t move the files from their original location – it’s still up to you to organise your files in the app. The tagging functionality is only used to make searching for specific files easier.

Drag and drop from beyond the Files app

Dragging and dropping files isn’t exclusive to the Files app. In fact, you can drag and drop files from the Files app into a range of compatible apps, although it’ll depend on the files you’re moving. Photos wouldn’t know what to do with a Word document, for example, but dragging and dropping a bunch of photos and videos into the app should add them to your library.

To drag and drop files between apps, follow these instructions:

For more information on dragging and dropping, take a look at our tutorial on how to drag and drop in iOS 11.