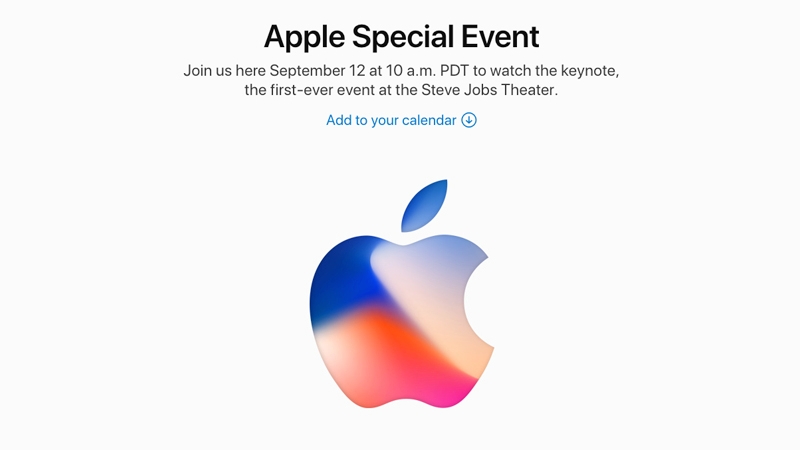 Apple invited the press to a big do on the 12th September, and even though it was just called “Apple Special Event”, everybody knew we’d see the launch of the iPhone X alongside the iPhone 8 and 8 Plus. It was the case, as Tim Cook stepped on stage and showcased the latest offering from Apple alongside the Apple TV 4K and Apple Watch Series 3.

Here, we summarise the iPhone announcement and show you how you can re-watch the event yourself, at any time.

What iPhone announcements did Apple make at its September event?

Despite also announcing the Apple TV 4K and Apple Watch Series 3, the biggest focus of the evening was on the new iPhones: all three of them. The iPhone 8 and 8 Plus (Apple ditched the ‘S’ variant for the first time in years) are the standard incremental upgrade compared to the iPhone 7, but the iPhone X (pronounced iPhone ‘Ten’) is an all-new iPhone with a premium price tag.

Let’s start with the iPhone 8 and iPhone 8 Plus, the incremental iPhone update. For the first time in a few years, Apple has stepped away from the all-aluminium design and brought back the glass rear made famous on the iPhone 4. 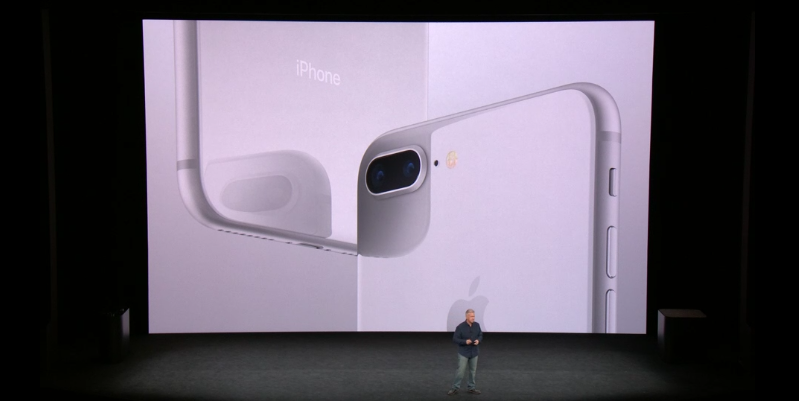 But it’s when you look at the spec of the phones that the upgrades become more apparent. First up, the iPhone 8 and 8 Plus feature an A11 Bionic chipset, providing a 25 percent speed boost compared to the A10 chipset. That should help power the AR experiences that the cameras have been specifically designed for.

That’s right, the cameras of the iPhone 8 and iPhone 8 Plus have been designed with AR in mind, providing accurate tracking for Apple’s ARKit.

Sticking with the cameras, the iPhone 8 will feature a single 12Mp rear-facing camera with a new sensor, deeper pixels and a new colour filter. The iPhone 8 Plus, on the other hand, features a 12Mp dual lens camera with f/1.8 and f/2.2 across both lenses. The iPhone 8 Plus also gets Portrait Lighting Mode, a new addition to the portrait mode that provides users with a range of professional lighting options created and rendered in real-time.

In the video department, the iPhone 8 and 8 Plus can record video at 4K@60fps, and can record slow-mo at 1080p@240fps, double the framerate provided by the iPhone 7.

The iPhone X was the real star of Apple’s September 2017 keynote. Boasting a stunning new design and an edge-to-edge display, it’s the most radical design of the iPhone in years. As with the iPhone 8, the iPhone X features a glass rear to provide support for wireless charging, and employs a surgical-grade stainless steel finish on the body at the side.

Let’s dig deeper into that incredible display: it’s a 5.8in Super Retina Display. It features OLED tech and boasts a resolution of 2436×1125, equating to a whopping 548ppi. That’s the highest resolution (in terms of pixel density) of any iPhone to date, and it shows. It’s a True Tone display and offers support for HDR, specifically Dolby Vision and the HDR10 format, and, of course, it features support for 3D Touch. 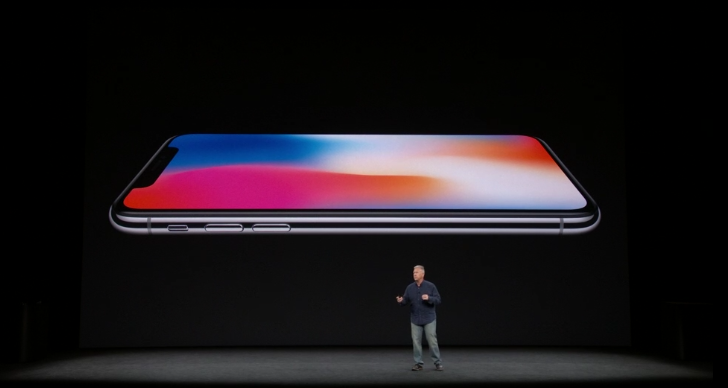 The Power button has gone too – well, not gone as it’s still there, but it no longer functions as a Home button. It can now be used to activate Siri, access Apple Pay and more – so how do you unlock the iPhone X?

In addition to the Android-esque tap-to-wake feature, the iPhone X features Face ID. The iPhone X features a TrueDepth camera system on the front, packed with technology including an IR camera and a floor illuminator. The system can detect your face, even in the dark (thanks to the IR sensor) and using the dot projector, the phone maps your face and creates a mathematical model to reference.

Apple is so confident of the tech that it’s the replacement authentication for Apple Pay Touch ID in general.

To those who worry that a photo will unlock the phone, Apple has worked extensively with high-end Hollywood mask makers to make sure that even their photorealistic masks can’t trick Apple’s Face ID. In fact, Apple claims that there’s a 1 in 1,000,000 chance of a random person unlocking your iPhone with their face, compared to 1 in 50,000 with Touch ID. 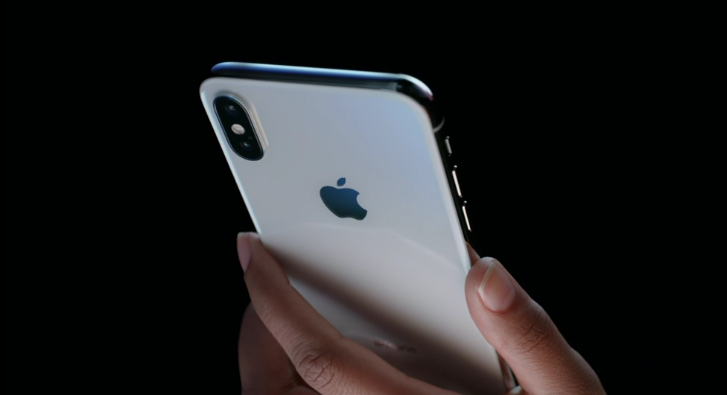 That tracking can also be used by third-party apps like Snapchat to provide higher quality filters than currently available, and to create ‘animoji’. It’s a new feature that allows you to record facial animations and map them onto animated characters, available to send to friends on iMessage. It’s a bit of a gimmick, but a fun one nonetheless!

Like the iPhone 8, the iPhone X features the A11 Bionic chipset, offers two storage options: 64- or 256GB and is available in two colours: black or white.

When will the iPhone 8 and iPhone X be released?

Can I re-watch the Apple keynote?

Those interested in re-watching the iPhone announcement themselves can head over to the Apple website, or read our live blog below.