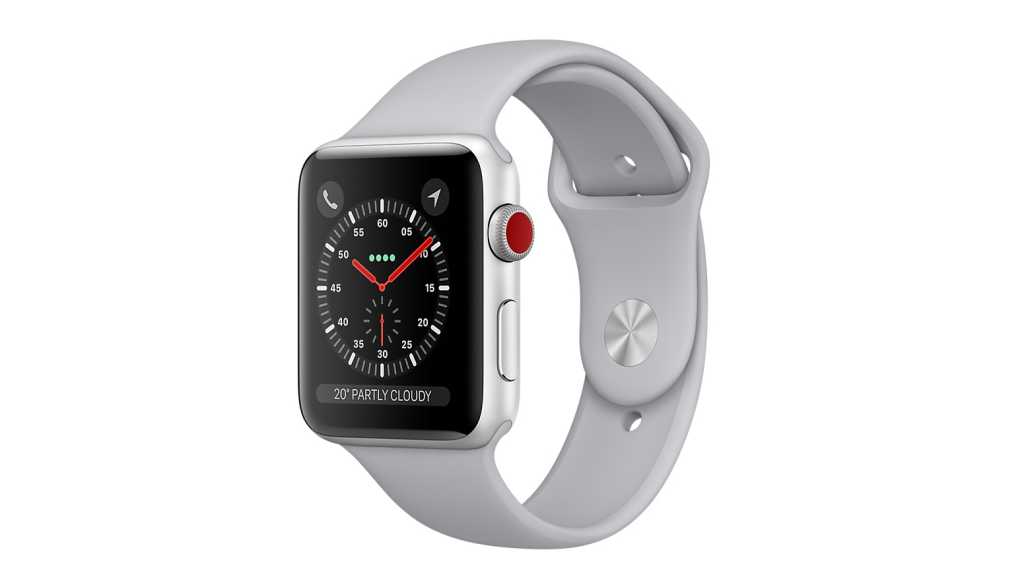 Apple’s latest iteration of the Apple Watch comes with the option of LTE cellular capabilities. In many ways, this can free the device from needing an iPhone, and finally make it the kind of companion that it always promised to be.

But what if you’re travelling to other countries? Will those 4G-enabled features still be available? We take a look at whether your Apple Watch Series 3 will work abroad.

No roaming for UK customers

The bad news is that if you’re a UK customer intending to buy an Apple Watch Series 3 with LTE, then you won’t be able to use the cellular capabilities once you leave this green and pleasant land.

At the moment EE is the only carrier that offers a cellular plan for Apple Watch 3 (this costs an additional £5 for EE customers after the first six months on top of their normal iPhone tariff, or you can get a separate contract at £25 per month and get the watch free or at a reduced price), and if you read through the various terms & conditions on its site you’ll find a few clues.

At the bottom of the page that outlines all the various wonderful things you can do with the new Apple Watch 3, there’s some small print. In here is a line which states “Roaming is not available outside your carrier network coverage area.” 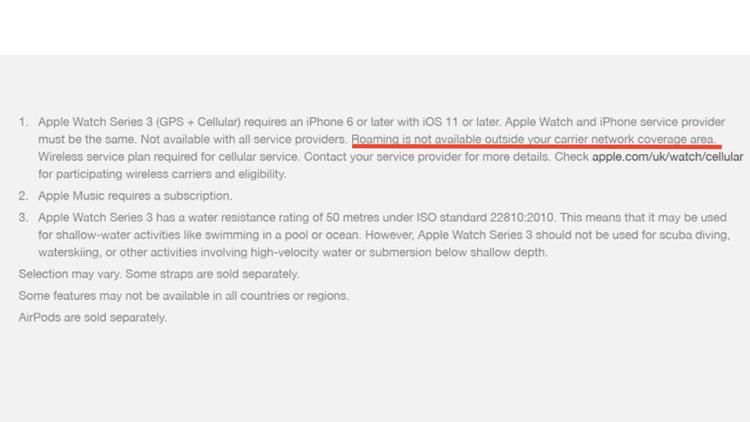 Now you might think that this would be covered by the EU regulation that prevents companies from charging for roaming within the European Union.

Indeed, another line in the terms suggests this, as it states that “All plans from 15th June 2017 have EU roaming data included.” 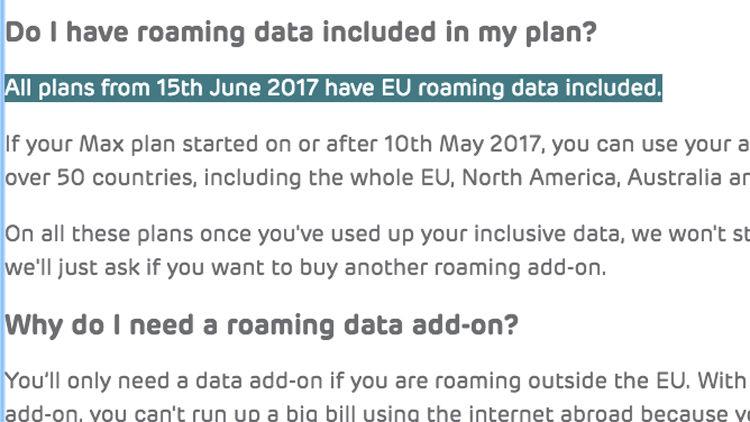 But it seems that this refers to the iPhone contract rather than the add-on for the Apple Watch.

Confirmation can be found in the ‘Legal Bit’ section on the Apple Watch 3 page, where it states categorically that ‘Data is UK use only’. 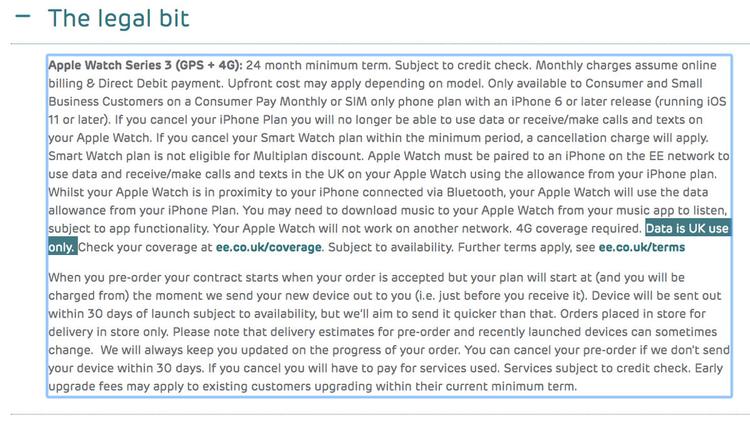 Whether this is a technical restriction, or something to do with deals Apple has struck with carriers is unclear. Perhaps EE could have done a little more to highlight the limitation.

You will still be able to piggyback on the back of your iPhone, in the same way that anyone with a non-LTE Apple Watch can do.

All the standard Apple Watch features will continue to work as well, it’s just the LTE-enabled activities such as streaming music and taking phone calls that will be curtailed unless you carry your iPhone.

What about the rest of the world?

Therefore, it’s vitally important that you don’t pick one up while you’re travelling or on holiday. Because when you return you’ll most likely find that it won’t work on the LTE services at home.

It’s a shame, as the Apple Watch 3 is a great device, and the LTE features do take the whole experience up a level. But for now, it looks like freedom is a little more limited than some of the posters and adverts suggest.