Apple announced the iPhone 11 (along with its big brothers, the iPhone 11 Pro and 11 Pro Max) at its special press event in Cupertino on Tuesday night. In this article we bring you all the launch details, from the pre-order and on-sale dates and pricing (in the UK and US) to the new features, tech specs and design of the new handsets.

After releasing the new iPhones, Apple has also cut £120 off the iPhone XR and iPhone 8.

We compare the three new models in our iPhone 11 vs 11 Pro vs 11 Pro Max comparison review. And for broader iPhone-related buying advice, have a look at our iPhone buying guide and roundup of the best iPhone deals. 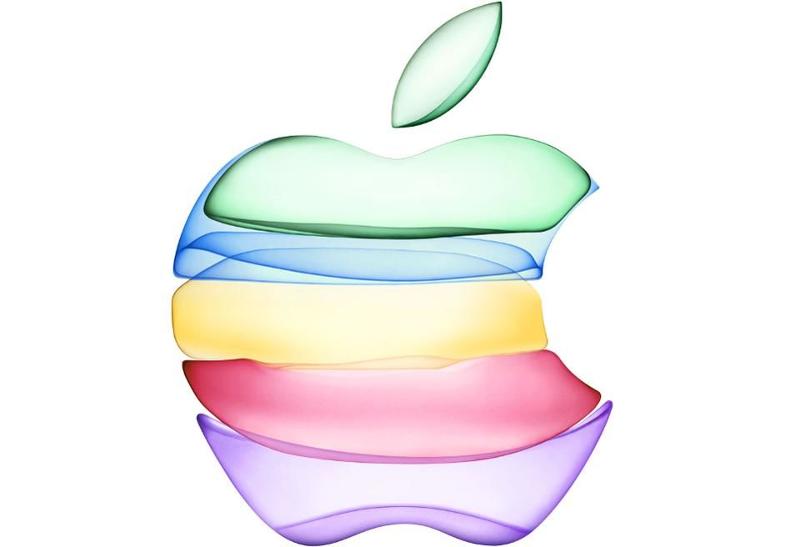 Release date: When is the new iPhone coming out?

Is Apple coming out with a new phone in 2019? Of course it is! Apple announced three new models at its 10 September launch event, and  you can pre-order them right now (Friday 13 September). This started at 1pm UK time, and at 5am PDT, 7am CDT and 8am EDT in the US.

The company confirmed that they would all hit the shops (and, presumably, preordered models would ship out) a week after that: Friday 20 September. We don’t know how severe demand will be this year but we recommend ordering in advance.

Price: How much do the new iPhones cost?

We’re somewhat aggrieved that the phones cost more in pounds than they do in dollars, but suppose this sort of thing is inevitable with the currency uncertainty related to Brexit (or the option for companies to blame that if they just want to bump up UK prices).

Where to buy the iPhone 11

You can pre-order the iPhone 11 and 11 Pro handsets from Apple itself, but there are plenty of other options.

We explain your options in our article How to pre-order the iPhone 11.

The baseline model is called iPhone 11 (just like that – no Roman numerals this time). But be aware that the 11 is effectively a replacement for the iPhone XR rather than the XS.

The main difference in the designs concerns the rear cameras – changes that have been rumoured consistently throughout this cycle. The iPhone 11 gets a dual-lens camera on the rear, while the 11 Pro models get triple-lens cameras on the back.

Twin-lens rear cameras are looking increasingly old-fashioned – by the end of 2019 we expect most new Android handsets to have three lenses on the back, as you’ll see in our iPhone 11 vs Android article – so it’s no surprise that Apple is stepping up its game in this area in a bid to justify that ‘Pro’ designation. 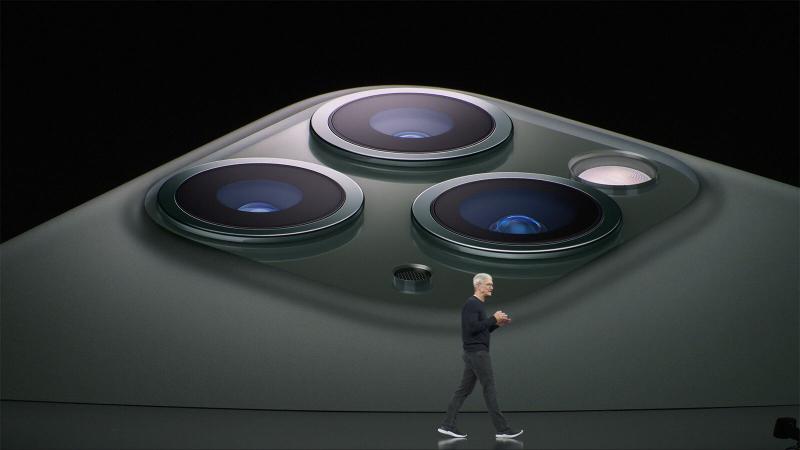 In all three cases these rear lenses are arranged in a square, or rather the classic rounded-corner square so beloved of Steve Jobs.

Early days, but our first impressions of this design are mixed: the individual lenses are raised up from the squircle mount, which itself is raised up from the back of the phone, and this ‘bumps on a bump’ arrangement feels like an even less elegant take on the rear camera bump that we’ve never been totally comfortable with.

We look at the specs and features of the triple camera in the features section.

Apple boasts that this year’s phones are the toughest yet, and much of the advertising revolves around their resistance to falls and liquid immersion.

The iPhone 11 has a dust- and water-resistance rating of IP68, the highest rating commonly given to consumer products and an upgrade from the IP67 bestowed upon the iPhone XR.

The firm describes the 11 as “splash-, water- and dust-resistant” and says it was “tested under controlled laboratory conditions with a rating of IP68 under IEC standard 60529 (maximum depth of 2m up to 30 minutes)”. It’s also reportedly protected against accidental spills from coffee and other common liquids.

The XS and XS Max already boasted IP68 ratings, incidentally, so the Pro models don’t see an improvement in that spec, but the 11 Pro and 11 Pro Max are still more water-resistant than their cheaper sibling; they are rated as water-resistant at up to 4m depth – twice as deep as the 11 – for up to 30 minutes.

Apple also claims all three iPhone 11 models are based on the “toughest glass in a smartphone”.

Finally, a word on colours. The iPhone 11 comes in black, green, yellow, purple, red and white. As you can see above they are (apart from the red) reasonably muted versions of those colours. The purple and green are quite subtle, really.

The Pro models, meanwhile, are available in gold, silver and Space Grey, plus a new Midnight Green finish.

Let’s head inside the new iPhone and check out its specs and new features.

The iPhone has always had its ‘own’ processors, in the sense that Apple has unique proprietary A10, A11 and A12 chips that you won’t find in other manufacturers’ phones. No prizes, then, for guessing that the next batch of iPhones will feature an A13 (in fact an A13 Bionic)… but how fast will the A13 Bionic be, and and how much of a boost will it provide? 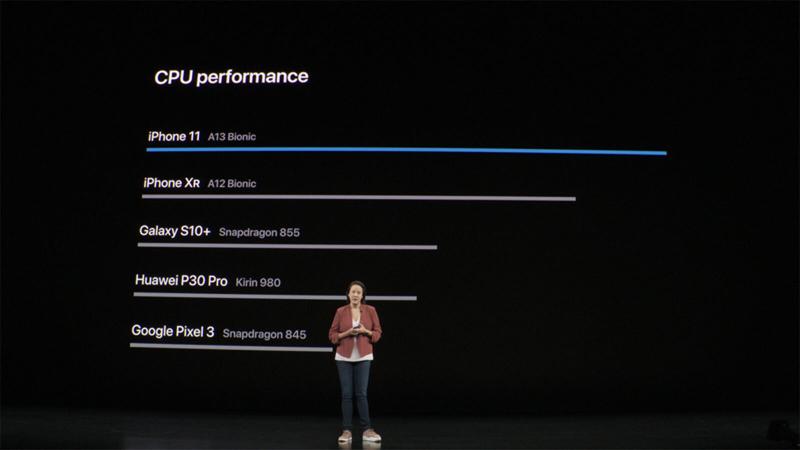 Starting with general boasts, Apple said the A13 is the fastest CPU, and contains the fastest GPU, of any smartphone chip yet seen. More specifically, the A13 has some serious computing power under its bonnet. It’s capable of a trillion operations a second, and has 8.5 billion transistors.

Needless to say we will put these claims to the test, and evaluate the real-world usefulness of all those transistors, when we get a review sample into our labs.

We discussed this from an aesthetic point of view in the design section, but the prospective triple-lens camera is clearly more important from a features perspective.

Before we get there, some thoughts on the non-Pro iPhone 11 and its humble dual-lens rear camera. Despite the lack of a third lens it still offers what Apple calls “next-generation Smart HDR” based on the power of the A13 chip, and the new Night Mode, designed for outdoor night shots and extremely dimly lit restaurants and similar. Night Mode comes on automatically when required.

One of those two lenses is an ultrawide lens, which should make for far more panoramic scenic shots; note also that the 7Mp front-facing camera (here and in the 11 Pro models) has been upgraded to 12Mp, for sharper selfies.

But the triple camera in the Pro models is a serious offering. Here are the lenses’ specs:

You’ll be able to capture four times as much scenery in outdoors shots, and Apple says it’s easy to zoom between the lenses – you can zoom in 2x, and also zoom out 2x.

Night shots are much improved, and there’s a new feature called Deep Fusion which takes nine images – four short images and four secondary images captured before you press the shutter, then one longer exposure when you press the button – and picks and blends the best elements of all of them for detail and low noise.

Lastly the iPhone has slow-mo video on the front-facing camera. Apple calls these ‘slofies’, which is reasonably horrific.

In terms of the software, note that the Camera app is getting an interface redesign, intended to allow for the wider shots that these phones will be taking. At appropriate times the furniture of the app will become semi-transparent, so you can see what’s in the margins of the shot while still seeing the shutter and other buttons. At others it will return to the traditional interface.

And a new QuickTake feature lets you press and hold the shutter button when taking still photos, and thereby switch to shooting a video. Handy!

Face ID is now 30 percent quicker, Apple says, and works at a greater range of angles. We look forward to trying this out, since the XS has long struck us as fussy about unlocking at the most annoying times.

Good news here for prospective Pro buyers. The iPhone 11 Pro is claimed to last 4 hours longer between charges than the iPhone XS, while the 11 Pro Max lasts 5 hours more than the XS Max.

And it should take less time to charge in the first place, since an 18W fast charge adapter is being included at long last.

That’s everything you need to know about the iPhone 11. But if you’re interested to know what’s in store for next year, read our iPhone 12 rumours.