GIFs are everywhere in 2017: on social networks, messages and can even be used as part of tech launches. They’re a great way to showcase a moving image without having to send over a large video. iOS 11 supports GIFs, and even provides a folder in Photos to view them all, but how do you create them on your iPhone in the first place?

Live Photos are great, and provide an easy way for iOS owners to capture more of a moment than a static image. The Live Photo captures three seconds of footage from before and after the shutter was pressed, and creates a GIF-esque image with motion and audio.

This makes Live Photos the ideal candidate for the transformation into GIFs – but how is it done? It’s easy to create GIFs on a Mac, but it’s a bit more of a challenge on iOS.

Thankfully there’s a free iOS app from Google that allows you to convert Live Photos into a GIF, allowing you to share it with anyone on any operating system or platform – and here’s how you do it. Once you’ve created your GIF, here’s how to send GIFs on iPhone. 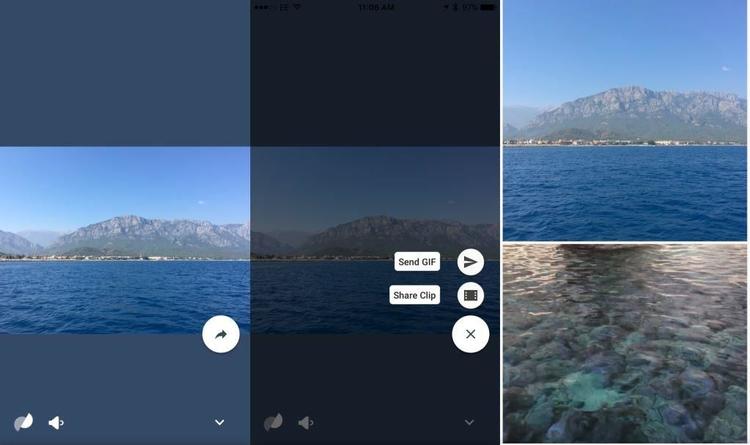 After you capture your Live Photos, you will need to download Motion Stills from the  App Store – the app is free to download and is small in size ~25Mb. You’re now set to convert your JPG-and-MOV Live Photos into sharable GIFs.

Open Google’s Motion Stills and select the Live Photos you want to include. Motion Still will now stabilise the short clip and then provide you with various export and sharing options, allowing you to save or send the GIF to a contact.

Google’s app uses video stabilisation algorithms to freeze the background of your short clip and allows the foreground to continue moving. This creates a cinematic effect not only converting it into a stable video, but once that looks professionally edited. The above GIF was exported without Google’s video stabilisation and the difference between it and the below stabilised GIF is day-and-night.

To export your stabilised image, tap the arrow icon and select Send GIF. From here, you can save it to your Photos app or share it via the myriad of options in the Share Sheet. Once the file is exported, simply head to the iOS 11 Photos app, select the GIFs folder and share your new GIF with friends and family.

As an added bonus, Motion Stills also selects the optimal start point (although you can also do this yourself), preventing the video from looking like you took it from your pocket.