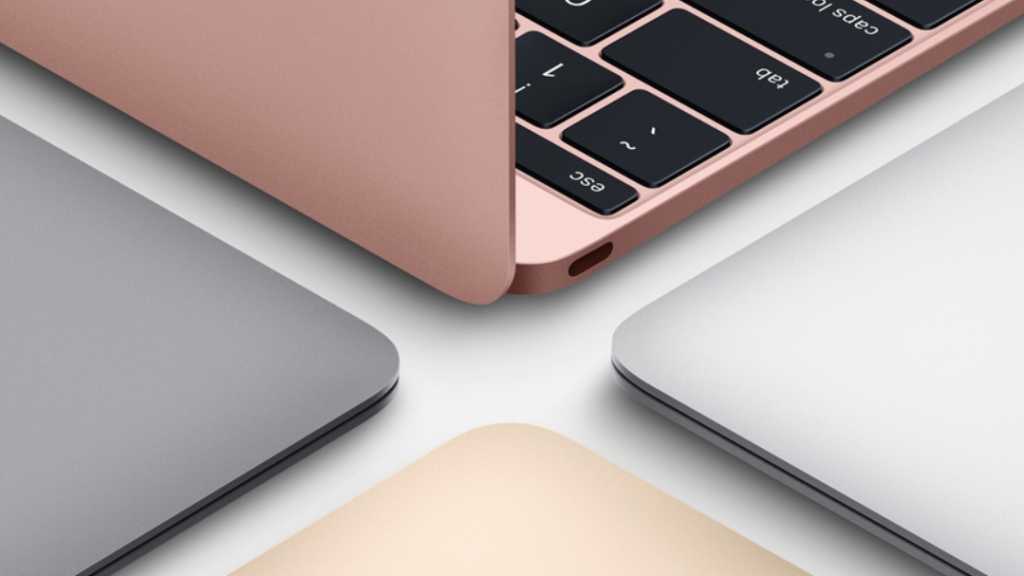 It’s several generations since Apple replaced the old-style connectors on iPhones and iPads with the smaller Lightning variety. Today, the main rival of Lightning is the USB-C port favoured by Android smartphones and the technology industry as a whole.

In fact, such is the potential of USB-C that it appears as the sole offering on the new MacBook and MacBook Pro, begging the question of whether we’ll ever see one on an iOS device.

So, what differences are there between the two contenders? We take a look at USB-C and Lightning to see how they stack up.

Were USB-C and Lightning both designed by Apple?

There was a story circulating a few years ago that Apple had come up with both technologies. That’s not really true. While Apple did work on the USB-C design, so did a large number of other companies – including Google, HP, Intel, Lenovo, Microsoft and Samsung – under the collaborative name of the USB 3.0 Promoter group.

Rumours are that Apple grew impatient for the technology standards to be agreed upon, and instead opted to go its own way with Lightning. So far this has served it well, as the proprietary nature of Lightning means accessory companies have to license it from Apple, providing an additional stream of income from Lightning headphones and the like.

Lightning also allows Apple the freedom to implement new features whenever it wants, without having to wait for any other parties to agree. In truth, though, not much seems to have changed with Lightning since its introduction back in 2012 on the iPhone 5.

They are indeed. One of the joys of using either type of connector is that you no longer have to go through the peculiar dance of the ports that accompanied the previous USB-A design.

Plug it in this way up… oh wait, no, that’s not right. Turn it over… hold on, it doesn’t fit this way either. Go back to the first way… now it’s in. What sorcery is this?!

There are minor differences in approach. The Lightning cable has a male connector, which means that the pins and main protuberance are on the cable itself rather than the port. 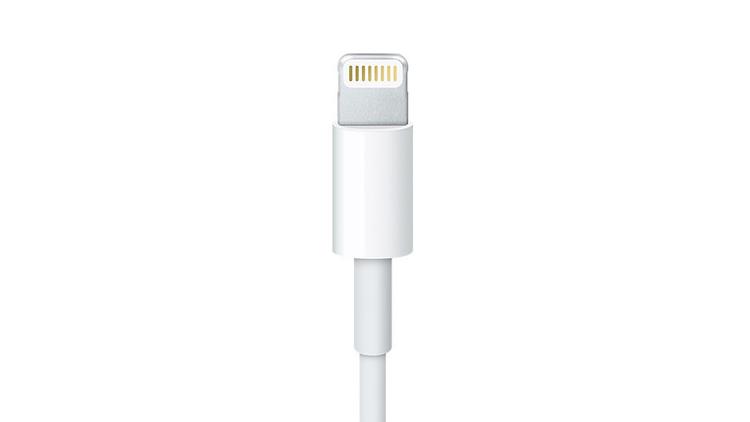 USB-C does have a sticking out bit on the cable, but the pin section is in the port, and slots into the aperture on the head of the cable. 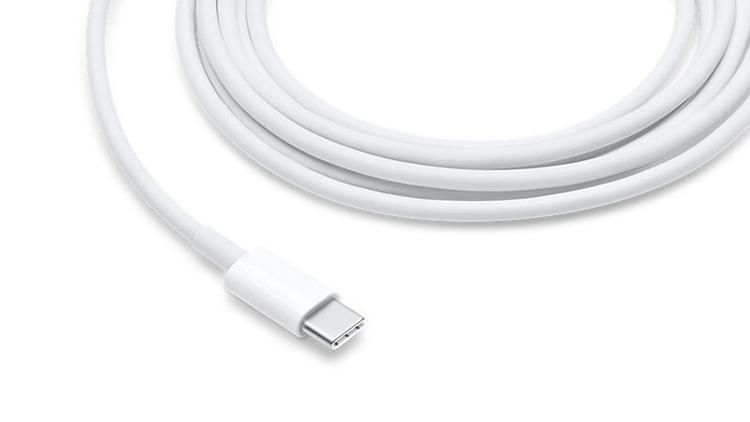 All sounds rather saucy, but in real life the upshot is that both are easy to insert and remove.

Is USB-C faster than Lightning?

The real difference between the two connectors comes down to what they can do, and how fast they can do it.

USB-C is actually just the style of connector and port; the real power comes from the USB 3.1 technology it uses, which can deliver 100w of power, and is capable of the SuperSpeed 10Gbps data transfer rate.

It can also support full DisplayPort A/V performance, up to 8K resolutions at 60Hz. Plus, it’s backwards-compatible with VGA, DVI, USB 2.0, and HDMI so long as you have the right adaptors.

The whole point of USB-C (USB 3.1) was to create a single style of connector and port that could run pretty much everything.

A USB-C port doesn’t mean that it will run at these superfast speeds, though. As we said earlier, USB-C refers to the style of port and connector rather than the technology inside. This has caught people out in the past.

Famously, the OnePlus 3 was one of the first Android phones to feature a USB-C port, but it was discovered afterwards that it only used USB 2.0 speeds. Conversely, the USB-C ports on the new MacBook Pro models are powered by Thunderbolt 3, so they actually have a maximum data transfer rate of 40gbps, which is four times that of standard USB 3.1.

The moral is, when looking at USB-C, to be sure you check what technology is under the hood rather than just the shape of the connector. 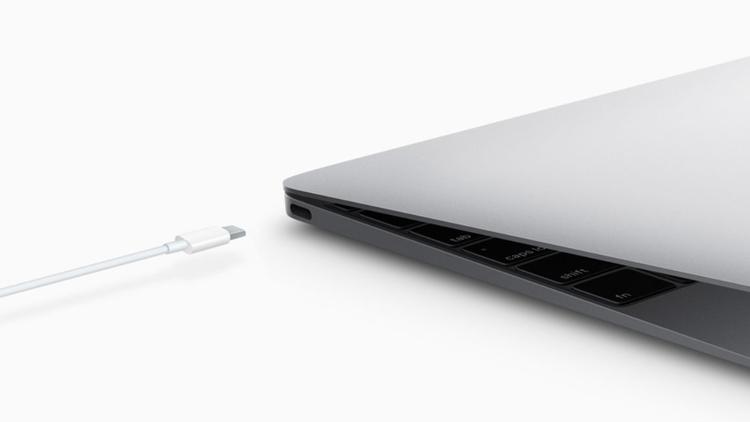 Apple hasn’t released the full specifications of Lightning as such, but tests on the standard cables show that the speeds are that of USB 2.0. This equates to 480mbps, which is a long way short of USB 3.1.

With the arrival of the iPad Pro back in 2015 we found that the device could support USB 3.0 speeds. This moves the rates up to a far more impressive 5Gbps, but this is still only half that of the capabilities offered by USB-C.

To confuse things a little, the new iPhone 8, iPhone 8 Plus and iPhone X all support rapid charging where batteries can go from flat to 50% in 30 minutes. To achieve this, they need a USB-C charger and a USB-C to Lightning cable (neither of which are supplied in the box). This suggests that Lightning can at least take advantage of the power deliver offered by USB-C.

Read our How to charge your iPhone (or iPad) faster for a more in-depth look at this feature.

Will USB-C be on the next iPhone or iPad?

This is a hard question to answer. Lightning ports are slightly smaller than USB-C, which can be a deciding factor when it comes to the obsession Apple has with size and slimness.

There was an opportunity to switch to USB-C on the iPhone X, and indeed the Wall Street Journal reported back in February 2017 that this might be the case. But when the model was finally revealed Lightning was still the order of the day.

Now that iPhones support wireless charging it could be more likely that the port disappears completely on future models. It would certainly be a bold move, but that seems to be in keeping with Apple’s current mood. Knowing whether it would be the right one for consumers… that’s another matter. 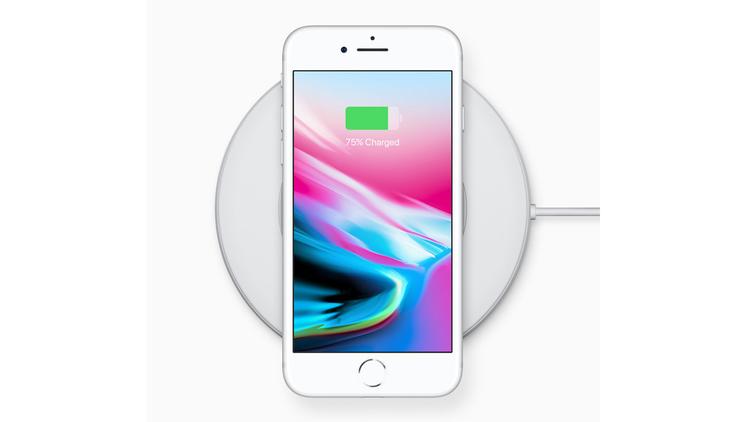 USB-C, when paired with USB 3.1 or Thunderbolt 3 technology, is faster and more powerful, and provides greater versatility than Lightning, at least in the latter’s current guise. It’s also now being widely adopted as the port of choice for much of the consumer technology landscape.

It was no great surprise, then, that Apple chose it as the only style of port offered in its premium laptops, albeit in lesser quantities than most would want. There are ways to expand this, though, if you read our How to add USB-C ports to a MacBook feature.

While the new standard is now a regular fixture on Android phones, it’s still questionable whether we’ll see it on any upcoming iPad or iPhone releases. We’d like to, as it would at least rid us of some of the dongles that clutter laptop bags and pockets these days, but let’s not forget that Apple does sell quite a lot of those too.

Note: The EU could bring in a law standardising charging in 2021.