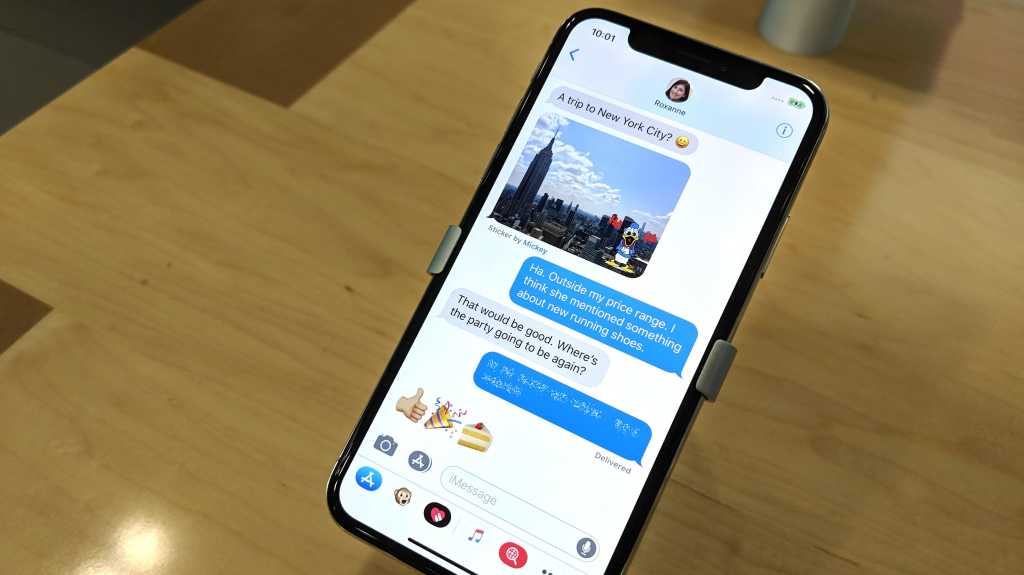 If you’ve bought an iPhone X, we hope you’re enjoying its big sharp OLED Super Retina screen. But a small number of users have found that it’s susceptible to screen ‘burn-in’: if a static image is displayed for a long time it burns into the screen and you’re left with a faint but persistent after-image that you can’t remove. You may remember such problems from the days of CRT televisions.

In fact, while the problem has not affected many people so far, Apple has acknowledged that it does exist – and cannot be entirely eliminated – in a Support document.

The company insists that this is a problem with all OLED screens (with some justification – Google’s Pixel 2 XL has similar burn-in issues, along with a bunch of other screen problems), and claims it has “engineered the Super Retina display to be the best in the industry in reducing the effects of OLED ‘burn-in'”. Nevertheless, we’re sure that iPhone X owners will wish to make every effort to protect their devices, and in this article we outline the key steps to make sure your iPhone X does not suffer from screen burn-in.

Oh, and if you want to keep your iPhone X safe from keys and spills as well as burn-in, you might want to take a look at our guide to the best screen protectors for the phone too.

This is fairly obvious. But the root cause of the problem is long-term static images, so that’s the first thing you should watch out for.

If you open the Settings app and go to Display & Brightness > Auto-Lock, you can adjust the length of time of inactivity before your iPhone will turn off its screen – and realistically, anything other than Never will do the job here.

But beware also the apps (and there are quite a few) that tell the iPhone not to auto-lock when they are running. Google Maps, for instance, disables auto-lock when you’re using turn-by-turn navigation, so the screen doesn’t power off even if you don’t touch it throughout an hour-long journey.

The biggest danger is posed by high-contrast images – ones with a great contrast between dark and light, and particularly with sharp edges between these extremes which show up in an after-image.

Turn down the brightness

If you do find yourself in a situation where you need the screen to remain on for a long time, and for it to display the same or roughly the same image, and particularly if this image has high contrast, then the best compromise it to simply make sure the brightness is reasonably low. You can adjust this in Control Centre (remember, as we explain in our user guide, that you activate that on the iPhone X by swiping down from the righthand side of the screen’s top edge): the brightness slider isn’t labelled, but its sun icon is pretty unmistakable.

Auto-brightness will generally stop the screen from being excessively or unnecessarily bright, and Apple recommends that you use this to mitigate the dangers of screen burn as well as for other reasons such as preserving battery life. But whether you want to turn it on or off (and it’s on by default) you’ll be surprised to hear that its toggle is not kept in the Display & Brightness page of Settings.

Instead, go to Settings > General > Accessibility > Display Accommodations, then tap the slider next to Auto-Brightness. Yep, it’s really well hidden – although as ever you can use Settings’ search feature to beat the maze.

If these tips come too late for you and your iPhone X has been afflicted with screen burn-in, is there anything that can be done to fix it? Possibly.

Turn off the phone

OLED TVs have been prone to image retention for a while, and TV experts recommend powering off for a while to see if this solves the problem. Do likewise with your iPhone X and you’ll soon find out if the issue is user-fixable.

Start with a short break – 10 to 15 minutes – and see if things are better. If not, it’s worth leaving it off for a couple of days.

…and then use it again

There’s one last chance if you can still see ‘ghosting’ on the screen after turning the phone back on after several days of rest. A few hours of use may flush away the last remnants of image retention and get it back looking as good as new. Give this a try.

Get the screen replaced

Failing that, then we’re afraid the problem is probably terminal – but the good news at this point is that anyone with an iPhone X has not had it for long, so the warranty should still be good. Get in touch with Apple and see what they recommend, and press for a repair or replacement.

We discuss the sad business of repairing iPhone screens in a separate article, and there is often a fee involved, even if you’ve got cover. If the price is too high, you could always consider one of the lower-priced third-party services, although you should put in the time to make sure your chosen repair firm is reputable. Or even buy the new screen online and do the repair yourself – but this is risky and for DIY experts only.