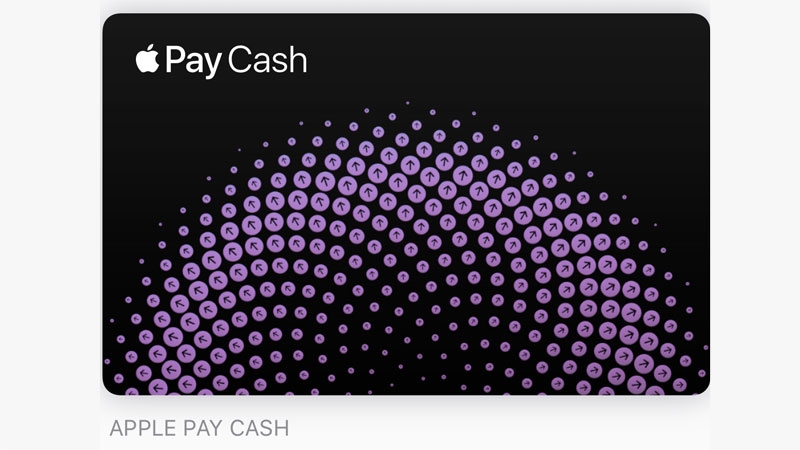 Apple Pay may have reached critical mass now: our experiences (in and around London, it’s true) suggest that more shops now accept it than don’t, while even Barclays joined the scheme eventually.

But at WWDC 2017 last summer, Apple announced a significant expansion of the service’s scope: you can now use it to make payments between people, rather than to businesses. No longer will your feckless mate be able to claim that he left his wallet at home: he can pay you that money he owes using his iPhone or even his Apple Watch.

In this article we talk you the process of making a peer-to-peer payment using Apple Pay Cash over iMessage, on an iPhone or Apple Watch.

When will Apple Pay Cash launch in the UK?

Soon! Really soon, hopefully. We expected this to be announced at WWDC 2018 in June at the very latest, but there was no Apple Pay news at the event. Based on the latest clues, though, we shouldn’t have long to wait.

Apple Pay Cash rolled out in the US in Dec 2017 as part of the iOS 11.2 update. Apple has confirmed that Brazil will be getting the feature in 2018 but has kept quiet on other plans; however, the evidence points to imminent launches in the UK, Ireland and Spain.

Back in January 2018 a number of British iPhone owners (including one member of the Macworld team) noticed that Apple Pay Cash had appeared in their Wallet app. It seemed to be a glitch: when they tried to follow the setup prompts, it generated a message saying ‘Could Not Set Up Apple Pay Cash; Apple Pay services are currently unavailable’. But it suggests that work was already underway towards a launch. 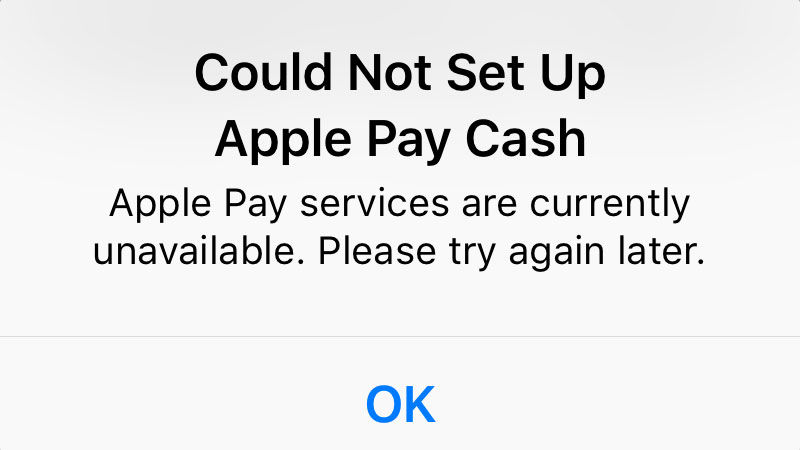 By February this glitch had started to spread. As 9to5Mac reports, it’s now been spotted in Ireland, Spain and Brazil as well as further incidences in the UK, so we feel optimistic about an imminent announcement.

What you need to use Apple Pay Cash

You and the payee both need to be using Apple devices, and to have active iMessage accounts, for this to work.

You also need iOS 11.2, and to be 18 or over and American – for the time being at least. (Although as discussed above we expect that to be extended to the UK, Ireland, Spain and Brazil in the near future.)

How to set up Apple Pay Cash

When the Apple Pay Cash option appeared in our Wallet app we attempted to set it up. The service isn’t yet live in the UK, but you’re likely to follow the same steps as we detail below.

When we tapped Continue we saw an error message that it was unable to connect to the server. We expect that we will be able to complete the setup soon.

How to pay someone using Apple Pay Cash

Once you’ve set up Apple Pay Cash, the peer-to-peer Apple Pay will work from within iMessage, which is increasingly looking like an app platform in its own right rather than simply one single-use app.

The way it works is slightly dependent on the Apple device.

Here’s how to pay someone depending on which Apple device you are using:

How to use Apple Pay Cash on the iPhone

On the iPhone, you open the Messages app, open (or create) an iMessage thread with the person you want to pay – by sending a message saying “Here comes the money I owe you”, for example – then tap the little Apple Store icon (the capital A) followed by the Apple Pay icon. Then you enter the amount, verify with Touch ID or Face ID, and the money is on its way.

Note that the first time you send money over Apple Pay Cash, you’ll need to agree to the terms and conditions before the verification stage. Note also that you don’t always have to verify your identity; we don’t know the exact conditions that will allow you to skip this step, but assume that if you send money from the same phone to the same payee multiple times (possibly within a specified timeframe) you’ll only have to do this once.

How to use Apple Pay Cash on the Apple Watch

Open the Messages app on your watch and go into a conversation you’ve already got with someone, or start a new one. Scroll down to below the thread and you’ll see the usual options – voice dictate, emoji, sketch and Scribble – plus a new one, Apple Pay. Tap this.

Turn the Digital Crown dial to choose the amount you’d like to send. The currency will be selected automatically.

(This adjusts the dollar amount at the moment – and this is how you’ll adjust pound amounts when it launches in the UK. To adjust the amount in cents/pence, you should tap the amount, tap after the decimal point and then turn the dial.)

Now you just need to tap Pay, check the details and double-tap the side button to confirm.

How to use Apple Pay Cash with Siri

How to use Apple Pay Cash via Contacts

Finally, it’s possible to use Apple Pay Cash from the Contacts rather than from Messages, although the principle is the same. When you’re in a contacts card, tap the dollar icon (we imagine this will turn into a pound icon when the service launches in the UK, but don’t quote us on that) and then follow the process as above.

Where does the money go?

Not into your bank account – at least not right away.

The peer-to-peer payment is transferred to an Apple Pay Cash Card, which lives in the Wallet app on your iPhone. You don’t need to have signed up with Apple Pay for this to work – the card is created without any of your bank details needing to be involved. It’s like a virtual bank account, and the advantage of this is it means the transfer is instant.

However, while you can access this money right away, you can do so only in Apple-approved ways; when making payments via Apple Pay, in other words. If you don’t want to do that, then you’ll want to transfer the money to your actual real-life bank account.

When we say that the Cash Card lives in Wallet on your iPhone, we should clarify that this is only where you can find the details: the payment record itself is saved off-device, so it won’t be lost if your iPhone is stolen.

And where does the money come from?

It will be taken from any Apple Pay Cash Cards you’ve got first, and after that from the bank account you’ve set up with Apple Pay.