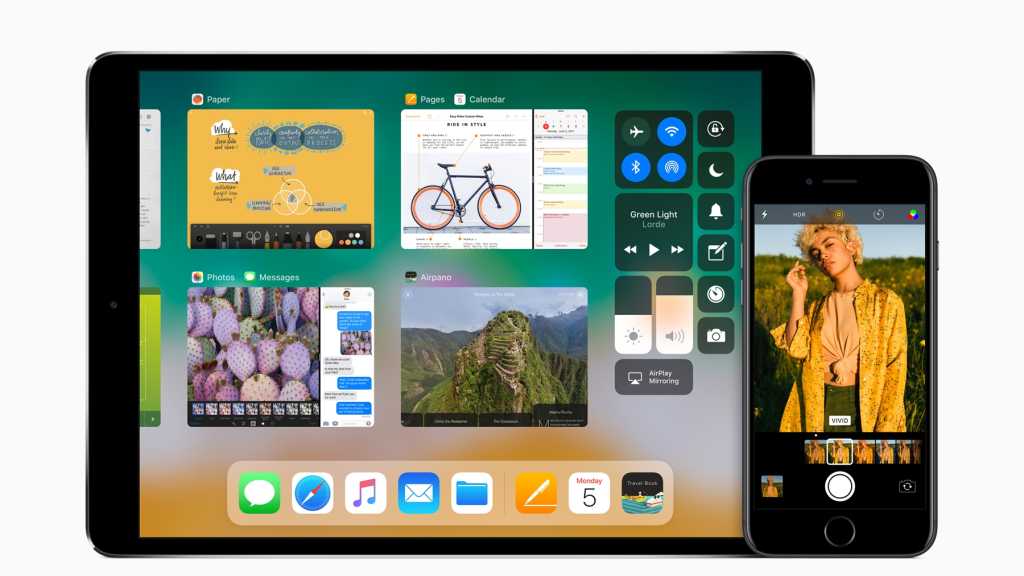 One of the most important parts of the iOS experience is the breadth and quality of apps available to use on your iPhone or iPad. It can be quite a shock, then, if some of your apps disappear. In this article we take a look at why apps go missing, and what you can do to get them back.

(For some ideas on great apps you might have missed, take a look at our Best free iPhone apps, Best free iPad apps, and Best iPhone & iPad games roundups.)

Have the apps been moved by mistake?

Before delving into settings or any other more involved solutions, it’s a good idea to check whether you, or someone with access to your device, has simply moved the app to another screen or folder.

It might sound a bit basic, but we speak from experience after one of the team’s darling daughters decided to reorganise all the apps on her father’s iPad. While she found the new system a lot neater and more aesthetically pleasing, the resultant confusion took some time to rectify.

A quick way to see if the app is still on your system is to use the Search facility. Swipe down on the Home screen and the Search bar will appear at the top of the page. Type in the name of the app in question and you’ll see a list of anything matching that is installed on your device. 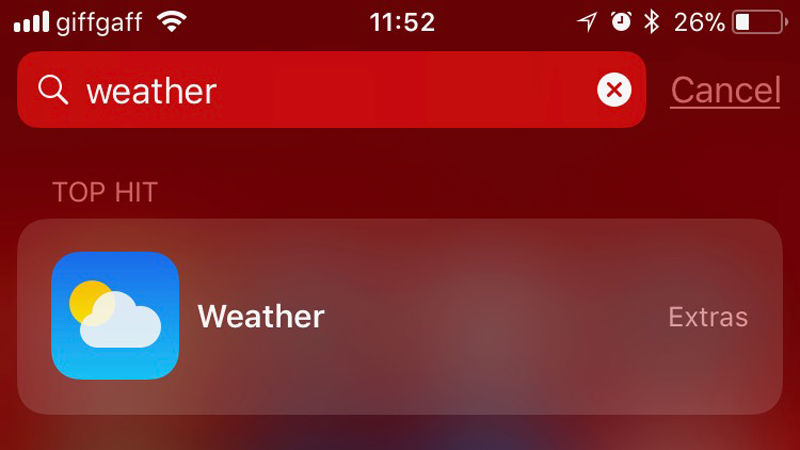 If the app is in a folder, then the name of the folder will be displayed to the right of the app listing.

Are the apps compatible with this version of iOS?

As each new version of iOS arrives, invariably there are some apps that get left behind. These are usually ones created by smaller developers who have long stopped updating them. So, upgrading your phone to iOS 11 will mean they no longer appear or work on your device.

You can read our Which apps won’t work in iOS 11 guide for more details about this issue.

The inverse of this is true also, in that users of older iPhones and iPads can find that apps no longer work. This is because their devices aren’t compatible with the newer versions of iOS but the apps have been updated and now require the latest software to function.

You can read our Which iPhones & iPads are compatible with iOS 11 feature to see if your device is among those that are able to upgrade.

Sadly, there’s no easy fix for this problem, as Apple doesn’t allow previous versions of iOS or apps to be installed on devices. It boils down to switching apps or buying a new iPhone or iPad, which isn’t great in these cash-strapped times.

Thankfully there are so many apps on iOS that it should be easy to find a suitable replacement.

Has iOS 11 deleted them automatically?

One of the new features introduced in iOS 11 is the ability for your device to automatically delete any apps that haven’t been used for a long time. The idea is to save you the valuable space that these idle programs might be taking up, but it can of course come as a bit of shock when things start to vanish.

To check if you have the feature turned on, go to Settings > General > iPhone Storage, then check to see if Offload Unused Apps is enabled. 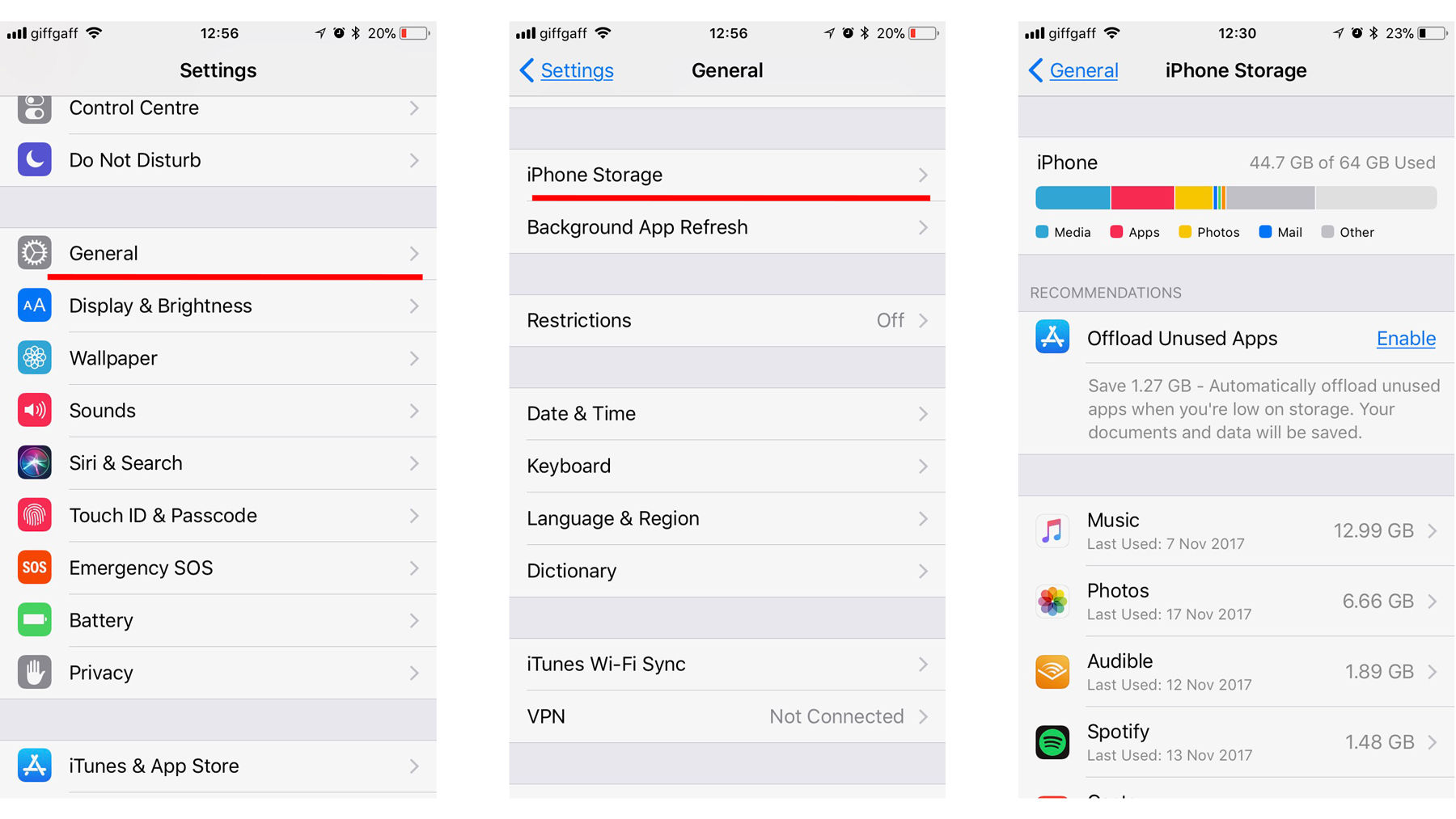 Don’t worry too much, though, as any apps you’ve previously bought or downloaded will still be available in the App Store. It’s not quite as simple to locate as it used to be, thanks to the new layout, but you can follow our How to find the Purchased page in iOS 11’s App Store article to allay the disorientation.

Are the apps hidden rather than deleted?

One last thing to check is whether Restrictions have been enabled on your device, as this can cause certain apps to be hidden from view.

Go to Settings > General > Restrictions. If you’re prompted for a passcode then someone has already enabled this security feature. You’ll need to do some detective work to find out who – probably a family member or over-cautious IT department – as they will need to furnish you with the code to disable the feature. 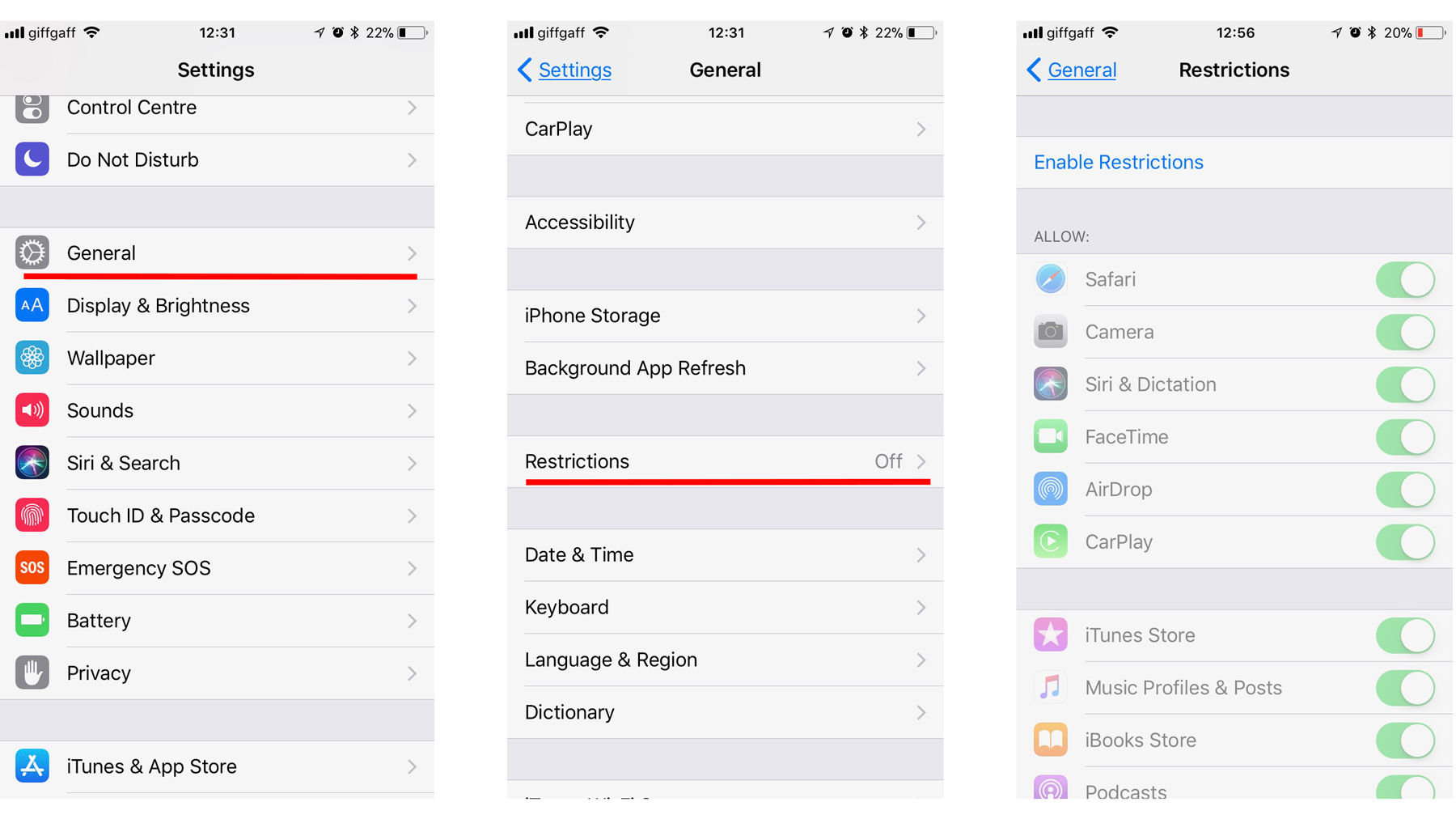 Once you gain access, check to see if any apps have the restriction turned on. If they do, tap the relevant switch to turn it off again, or choose the Disable Restrictions option at the top of the screen to remove the security setting entirely.

Then, as if by magic, your apps should reappear.