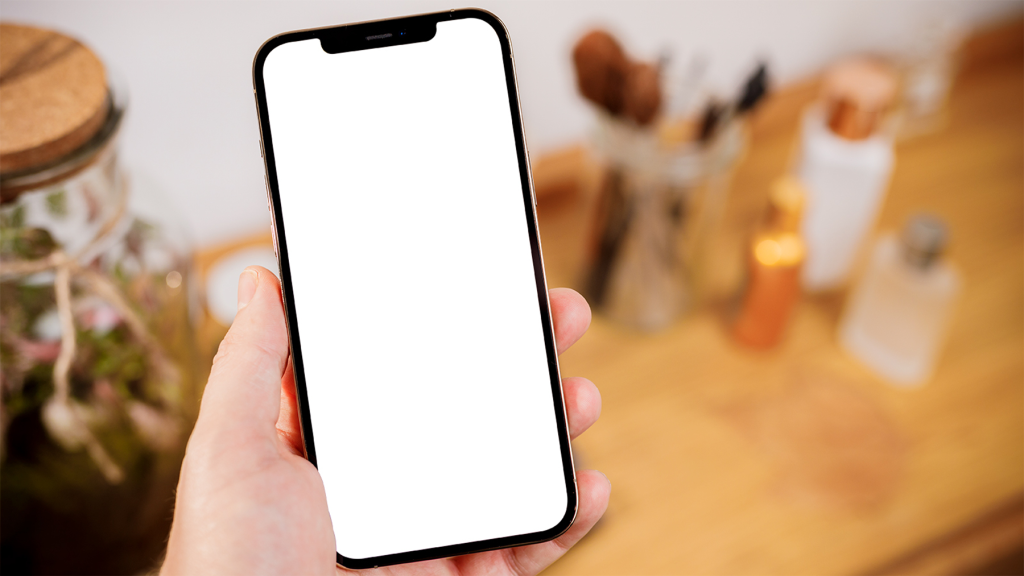 iPhones are extremely reliable devices, but even the best can experience trouble from time to time. One of the most feared problems is the so-called ‘White Screen of Death’, which keeps your iPhone stuck in a frozen state with only white light showing on the screen.

Thankfully, this isn’t as permanent as it may first appear and can often be fixed through a variety of easy methods. We explain how to fix the White Screen of Death without the need for special tools or technical knowledge.

If your iPhone has taken a tumble, then you might also want to read our What to do when an iPhone won’t turn on and How to fix a cracked iPhone screen guides.

What causes the White Screen of Death?

There are two main culprits when it comes to this particular ailment: software or hardware. Now, we know that practically all problems fall into one of those camps, but the White Screen of Death is known to be caused by either, which can make diagnoses a little more problematic.

On the software side of things, users often experience the WSoD (we’ll just keep it short from now on) if they’ve tried to install an update, or attempted to jailbreak their phone.

A failed installation, due to a corrupt file or something going wrong during the process, can easily result in the condition, but this is actually the best-case scenario, as it’s not too difficult to fix yourself.

The other suspect is a hardware problem, one that is normally experienced after the phone has sustained impact damage from being dropped. This can still be fixed by the user in some instances, but if the internal components have been damaged or any of the connecting cables have disconnected then you might want to visit the Apple Store to have it repaired professionally.

The first thing to try is simply restarting your device. The method for doing this varies, depending on the type of iPhone you’re using. As the device isn’t responsive, you won’t be able to use the usual combination of buttons to turn it off, because this also requires swiping the Power Off slider on the screen. So instead you’ll need to do something Apple calls a Force Restart. This won’t wipe any data or anything like that, but it should allow you to quickly power down the iPhone.

Press the Volume Up briefly, then release it and quickly move to the Volume Down for the same amount of time. After this, let go of the volume button and immediately press and hold the Side button on the right flank of the device. After about 10 seconds you should see the Apple logo appear, so release the Side button and your iPhone should reboot. 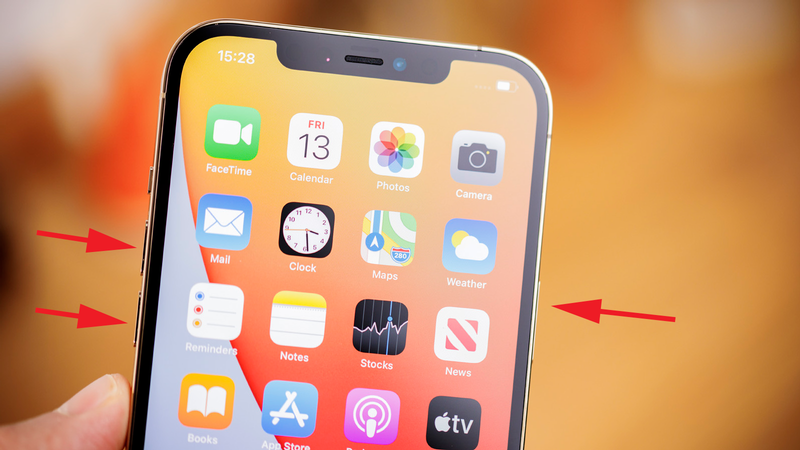 It’s a very similar method for these iPhones that feature Home buttons, due to the fact that the buttons are software controlled rather than the hardware versions found on earlier models.

So, press and briefly hold the Volume Up button, then release it and repeat the process on the Volume Down button. Release the latter then immediately press and hold the Side button until you see the Apple logo appear. Stop holding the button and your iPhone should reboot.

How to force-restart an iPhone 7

It’s slightly different on the iPhone 7 and 7 Plus, as you need to press and hold both the Volume Down and Sleep/Wake (Side) buttons at the same time until you see the Apple logo appear on the screen. Release both and your iPhone should restart. 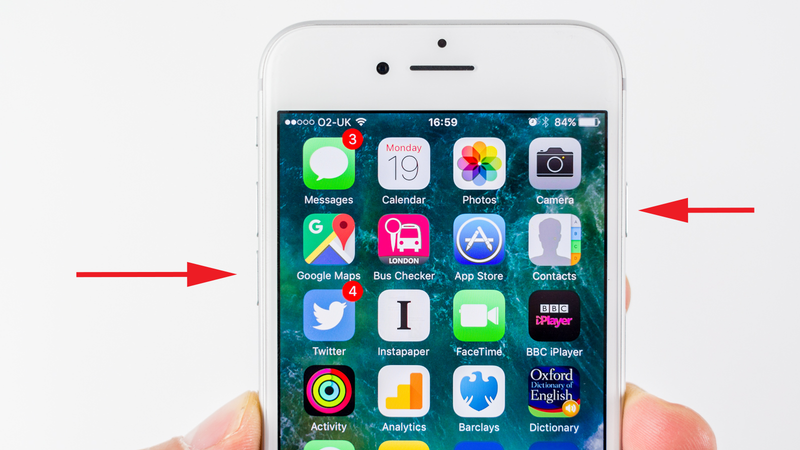 For users of these older models, the process is as follows. Hold down the Home button while also pressing and holding the Wake/Sleep button that’s found either on the right side (iPhone 6s) or top edge (iPhone SE) of the device. Wait until you see the Apple logo appear, then release both buttons and your iPhone should reboot.

Using Recovery mode with your Mac or PC

If resetting your iPhone doesn’t solve the problem, you can always try plugging it into your Mac or PC to use Recovery mode and reinstall iOS.

In older versions of macOS, you would have used iTunes to recover your iPhone. But, since Apple ditched the ageing software in Catalina, you’ll need to use Finder instead for newer iterations of the Mac operating system.

To do this, plug your iPhone into the Mac, open Finder and select the iPhone from the sidebar. Depending on the type of iPhone you have, here’s what to do next:

As when restarting the device, as outlined above, you’ll need to press and release the Volume Up button, then the Volume Down button, followed immediately by pressing and holding down the Side button. After a few seconds you should see the Restore page appear, which looks like a Mac with a Lightning cable underneath. 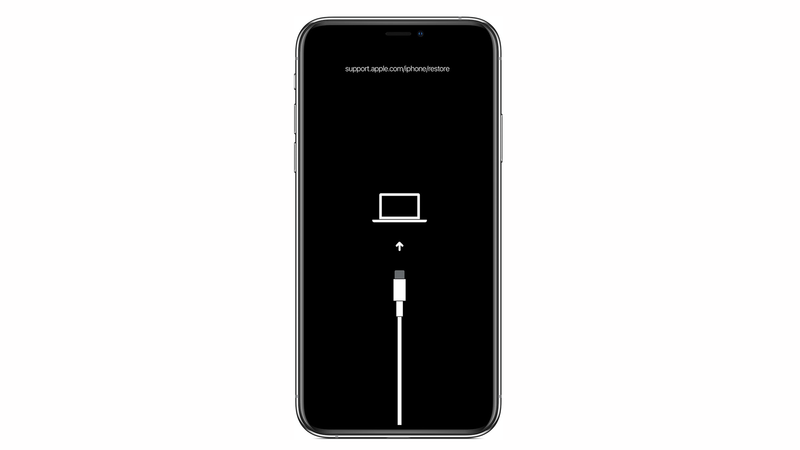 Go back to your Mac and you should see new options have appeared: Update or Restore. Click Update and your Mac will now try to reinstall iOS on the iPhone, leaving the user data and files in place.

Press and hold both the Volume Down and Side buttons at the same time and you should see the Recovery mode screen appear after a few second. Then, go to your Mac and select the Update option to reinstall iOS.

Press and hold both the Home and Side or Top buttons at the same time until you see the Recovery mode screen appear. Then, go back to your Mac and select the Update option to reinstall iOS.

If you have a Windows PC or Mac running macOS Mojave or earlier then you’ll be able to use iTunes to put your iPhone in Recovery mode.

Connect the iPhone to your computer with a cable, then launch iTunes. You should see your device appear at the top of the screen with a little icon. Click that to open up the iPhone page.

Next, you’ll need to use some button combinations on your iPhone to enter Recovery mode. These vary slightly depending on the type of iPhone you’re using. These are the same as those outlined in the previous section, so follow the steps to get your iPhone back up and running.

Should neither of the above options give you any joy then you can try entering the Device Firmware Update (DFU) mode. This differs from Recovery mode in that it doesn’t allow the iPhone to start its boot loader or iOS, but is still able to communicate with iTunes or Finder.

Using this technique you can restore the iPhone to its original settings, then use your iCloud or iTunes backups to reload your data.

Entering DFU mode is something of a challenge, and there’s a good chance you might get it wrong due to the arcane combination of buttons presses and times required to enter the mode. We’re not sure why Apple makes it so tricky, but give it a few goes and eventually you should be able to repair iOS.

On iPhones up to and including the iPhone 7 and 7 Plus you can follow our How to use DFU mode to rescue an unresponsive iPhone guide.

If you have an iPhone 8, 8 Plus, X or later then the method is as follows.

First off, connect your iPhone to your PC/Mac using its Lightning cable, then launch iTunes or Finder and click on the iPhone icon. Now, press the Volume Up button briefly, do the same with the Volume Down button, then press and hold the On/Off button on the right side of the iPhone until the screen goes black.

On your PC/Mac you should see a message from iTunes or Finder saying that it has detected an iPhone in recovery mode, and giving you the option to Restore iPhone. Click this and hopefully you’ll have a fully working system when the process completes.

To exit DFU, just use the button combination for your device which would normally put it in recovery mode.

Time to take a trip to the Apple store

If, after all these routes, you still can’t get the iPhone working again then it looks like you have a hardware issue. While you can find several guides to fixing these online, we’d recommend booking an appointment at the Genius bar, at least to work out what’s wrong.

Hopefully it won’t be fatal, but if you find it is you can at least peruse the latest handsets available while you’re there. Be sure to also check out our best iPhone deals, iPhone 13 rumours, and Best iPhone: Which is the one for you? guides.