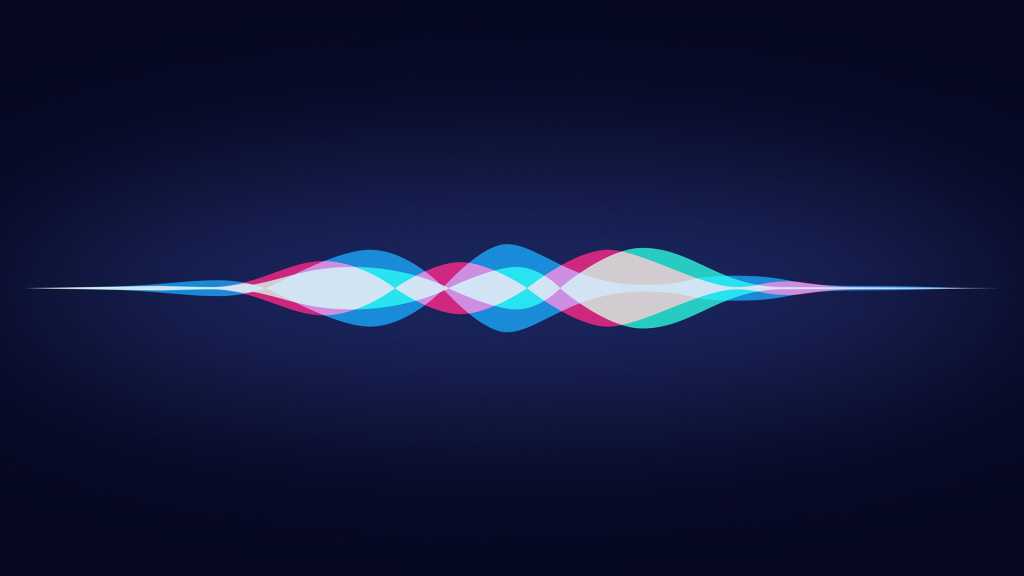 To find out how to use Siri and the new Apple Translate app on the iPhone in OS 14 read: How to translate text and speech on iPhone.

One of the cool new features that appeared in iOS 11 is the ability to ask Siri to translate words into another language. So far, it’s limited to only a handful of vernaculars, and only works with the US version of English, but that doesn’t mean UK iPhone and iPad owners are left out. In this article we show you how to access and use Siri’s newfound talent for translation.

For more voice activated entertainment try reading Funny things to ask Siri and How to teach Siri to pronounce your name properly.

If you’re in the USA then Siri’s translation skills should automatically be available to you. Congratulations! But for those in other nations it requires a little trickery to get things up and running.

So far, Apple has only enabled Siri translation if iOS is set to use the US version of English. You know, the wrong one: the lexicon that fears the letter U. But, if you’re willing to suffer this indignity, there’s no reason you can’t switch to US English for the time being and get access to the new feature. 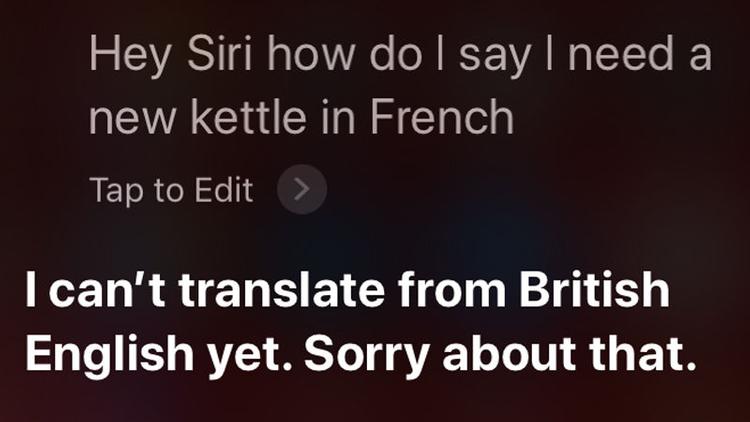 To do so, go to Settings > Siri & Search > Language, then scroll through the list until you find the option English (United States), then tap on that. 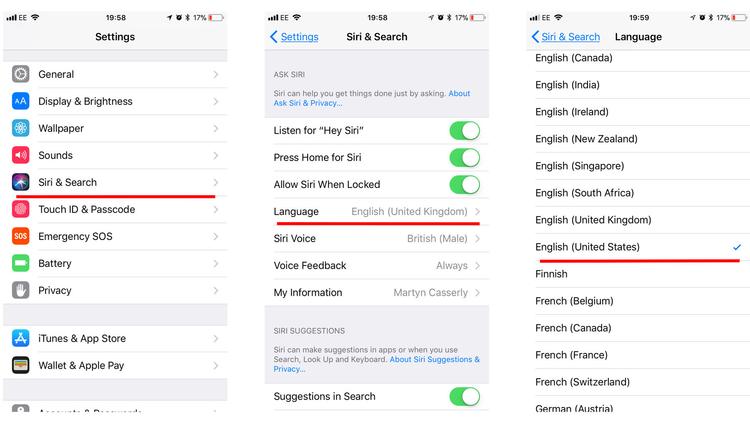 Now Siri should be ready to help you out with all your translation needs.

Of course, if you’d prefer to keep with the Queen’s English, then you might want to peruse our Best translation apps for iPhone feature, which offers a number of fine alternatives.

Which languages can Siri speak?

For the moment Siri can only translate from English into a small selection of other languages, and sadly not the other way round. Those available are French, Italian, German, Spanish and Mandarin, but we expect Apple to add to this in the coming months.

How do I use Siri to translate words?

It’s actually very easy to use Siri for translation. Hold down the Home button (or side button on the iPhone X) to launch the assistant, or simply say “Hey Siri!” if you’ve got that option activated in the Siri & Search menu.

Now, present your command in the following format: “How do I say I need a new kettle in Spanish?” 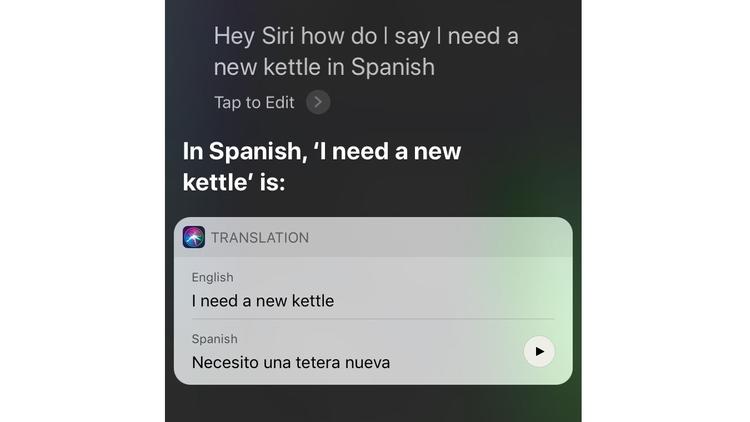 Siri will show the translation and read it out to you as well. If you want it to repeat the phrase you can tap the play button to the right of the translation.

If Siri gets confused by your sentence, and let’s not kid ourselves that this won’t happen often, then there’s a different way to can make your enquiry.

Wake Siri, then say “Translate into Spanish.” Siri will then ask you what phrase you want translated. Tell it, and the Spanish version will appear.

One neat trick is that Siri will keep translating into the same language if you begin each new command with “Say”. This can come in handy if you’re trying to have a conversation with someone, and don’t want to waste time with “Translate into Spanish” at the beginning of every sentence.

One final way of employing Siri’s interpreting skills is via your keyboard. Go to Settings > General > Accessibility > Siri, then enable the Type to Siri option. 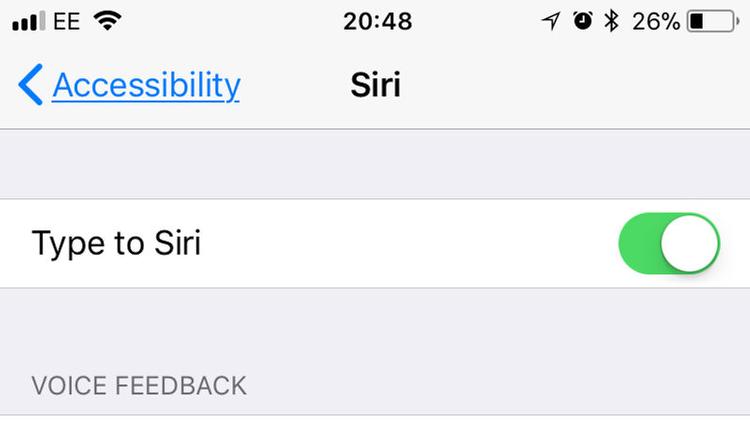 Now when you launch Siri you’ll be able to enter your commands as written text rather than by saying them out loud.

This can be good if you’re working on something in a quiet place – the library, say – and you want to quickly translate a word or phrase. 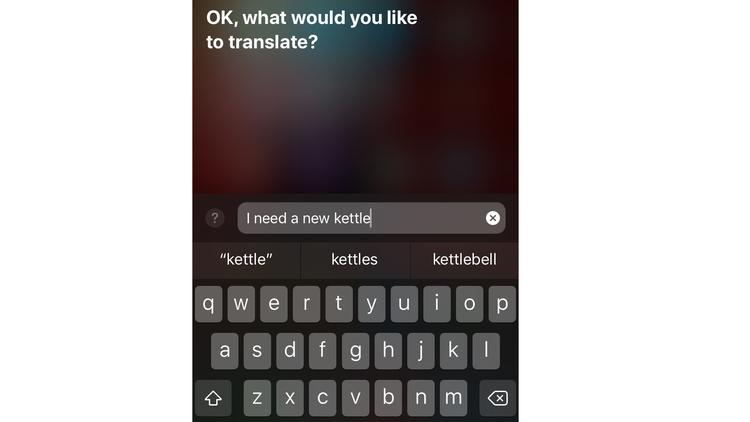 So, there you have it. Using Siri as a translator is a welcome addition to the iPhone and iPad, with plenty more in store throughout the months ahead. Just remember to get a data plan when you’re travelling abroad, or you’ll be back to the dog-eared phrase book.