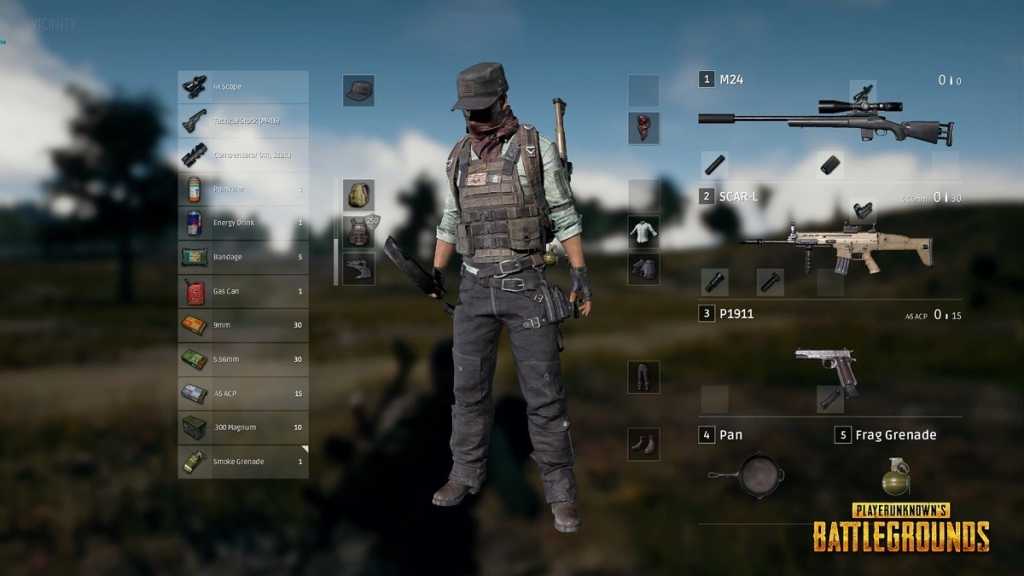 At the start of 2017, nobody had heard of PlayerUnknown’s Battlegrounds. In fact, the game wasn’t even released until March 2017, which makes the fact that it has had over 20 million sales and 2 million concurrent users even more impressive. There’s also an Xbox One variant in the works due for release in a couple of weeks, but it seems Mac gamers have been forgotten.

But despite the fact that PUBG doesn’t officially support Mac, there’s still ways to play PUBG on your Mac – here’s where we show you how.

Oh, and if you haven’t purchased PlayerUnknown’s Battlegrounds for PC yet (you’ll require it for both methods), you can pick it up from Steam right now for £26.99.

The best way to play the hugely popular PlayerUnknown’s Battlegrounds on your Mac is to use Nvidia’s new streaming service, GeForce NOW for Mac. The cloud-based service allows Mac-based gamers to enjoy any game on their Steam or Battle.net libraries (including PUBG!) instantly, with no need to worry about the hardware and compatibility of your Mac.

How is this done? All the processing is handled remotely by Nvidia at server sites dotted across Europe and the US. When you select a game that you want to play, Nvidia’s incredibly powerful servers (which we’re told provide the equivalent to GTX 1080 gameplay) run the games remotely before sending them to your Mac at high-speed. This is why placement of Nvidia’s server sites is key – the closer you are to a server site, the faster your connection will be.

We’re happy to report that when playing PUBG on GeForce Now for Mac in London, we were blown away with how responsive it was. Apart from the occasional bitrate drop out, the service is more than enough to play single-player and online games like PUBG without any visible lag.

The best part is that every game available to play on GeForce Now for Mac has been optimised for streaming, which means you’ll be getting the best quality possible without having to tweak graphics options yourself. Oh, and because Nvidia stores a cached version of every Steam and Battle.net game on their servers, there’s no need to wait for the game to download – simply click play and you should be away within 30 seconds.

The best part of GeForce Now for Mac? It’s completely free while it’s in beta testing, and Nvidia has reassured us at Macworld UK that this will be the case until at least early 2018. You can download in beta form right now, although those interested will have to  join a waiting list to try it out at home (In the UK/Europe anyway – those in the US can  download it here).

If your internet connection isn’t good enough to use streaming services like GeForce Now, or if you don’t want to wait for a space in the beta test, there is another option – although performance may be sub-optimal. Full disclaimer: we haven’t tested PUBG with this method, so carry on at your own risk.

If want to try anyway, another way to play PlayerUnknown’s Battlegrounds on your Mac is to partition your hard drive and run Windows 10 on a separate partition via Boot Camp. This method does require you to sacrifice hard drive space from your Mac in order to run Windows, so consider your options before you jump in feet-first.

We suggest providing ample storage on your Mac/Windows partition, as your games will take a considerable amount of space – PUBG requires 30GB of storage – and you’ll have to allocate space for the Windows OS too. You can always change your partition size once you’ve sectioned off the drive, but it can create problems. See our guide on  how to partition your Mac’s hard drive or SSD for more information.

For a full guide on how to use Boot Camp and install Windows, we suggest checking our dedicated article on  how to run Windows 10 on Mac using Boot Camp.

And finally, if you’re interested in running other Windows games on your Mac, take a look at  how to play PC games on Mac.