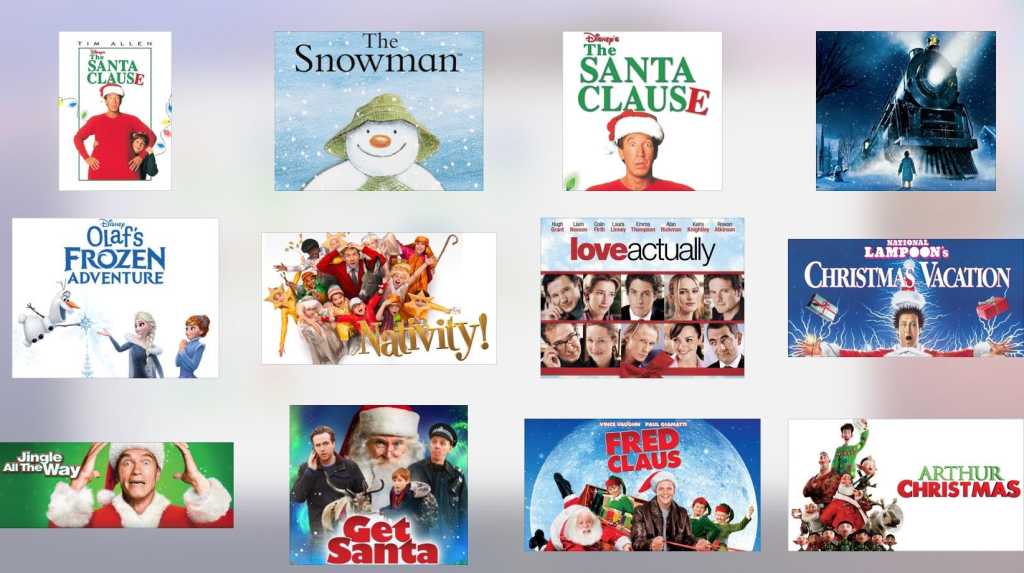 As the cold winter nights draw in, and houses begin to twinkle in the warm glow of Christmas tree lights, it’s time to relax and watch a festive movie. But the question is where can you watch the best Christmas film? Do Netflix, Amazon Prime Video or Now TV have them for free? And what do they cost to rent or buy from Apple.

Read on for our list of the top Christmas movies in alphabetical order to make it easy for you to locate the one you are interested in. We’ve checked how much they cost if you buy or rent from Apple and investigated whether you can actually watch them for free on Netflix, cAmazon Prime Video or Now TV. Or even if they will be on TV this Christmas.

If gift giving is more of your focus right now, take a look at our Christmas tech gift guide. We also have everything you need to know about Apple’s Christmas ad for 2019, and the Christmas ads from the past 10 years here. 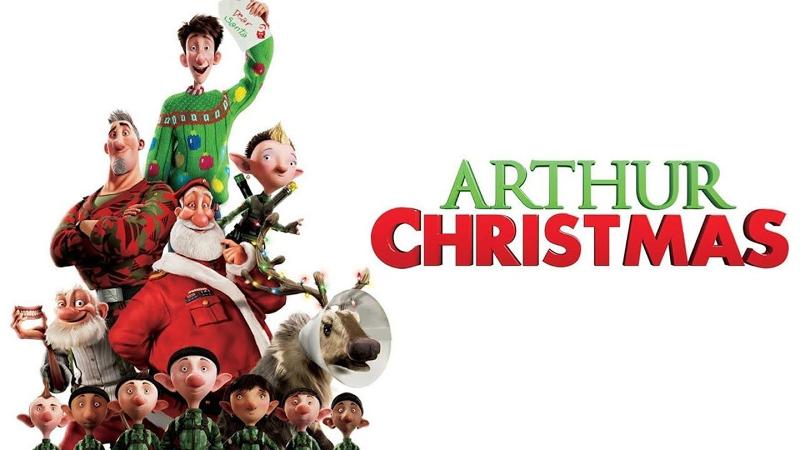 A firm favourite in our house, Arthur Christmas tells the story of Santa’s son’s efforts to deliver a gift. From Aardman Animations and Sony Pictures.

You can watch it for free on Netflix.

Arthur Christmas will also be on Channel 4 at 4.30pm on Sunday 8 December. 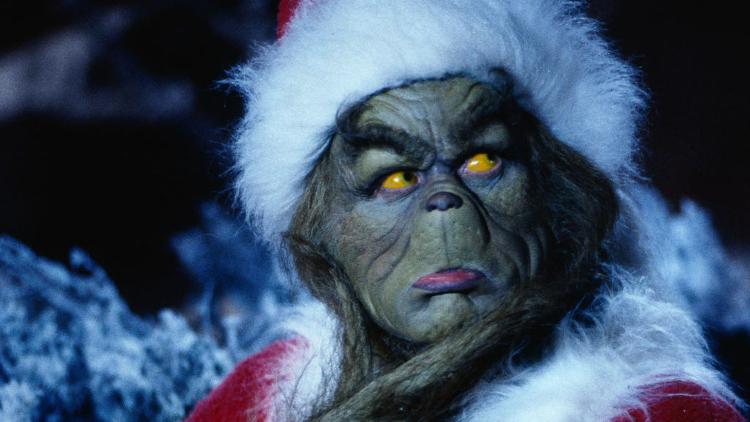 If ever Jim Carrey was born to play a role, then it was the Grinch. In this fantastic adaptation of the Dr Seuss classic, he gurns, grins, and generally steals every scene with a powerhouse performance.

The sets look like they came straight out of the pages of the book, and the humour manages to walk the fine line of being funny to both adults and children.

Now TV has the cartoon version of The Grinch. 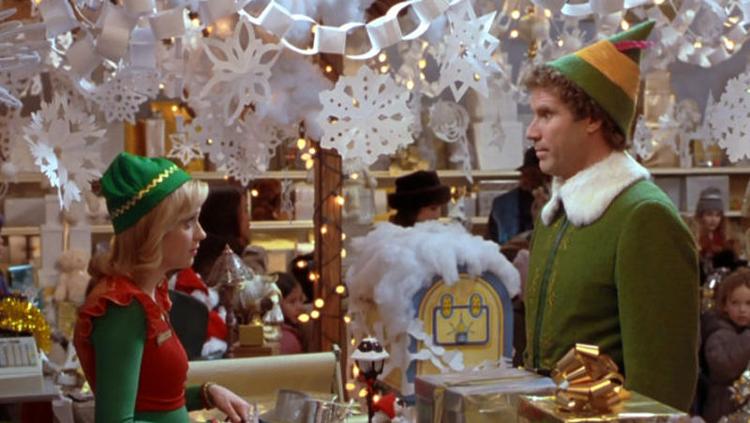 Will Ferrell turns in a hilarious performance as Buddy, a man who was accidentally taken to the South Pole by Santa when he was young. Having grown up as an Elf, Buddy decides he wants to find his real father, but isn’t too happy with what he discovers.

Zooey Deschanel, James Caan and Peter Dinklage provide a stellar supporting cast, but it’s the sheer energy and sense of joy that Ferrell brings which makes Elf such an enjoyable movie. 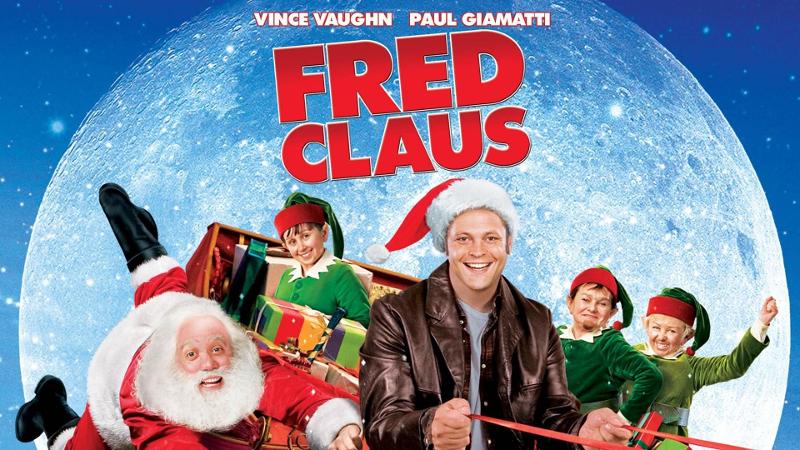 Staring Vince Caughn as Santa’s older brother who has to move to the North Pole to help Santa prepare for Christmas.

You can also watch it for free on Now TV. 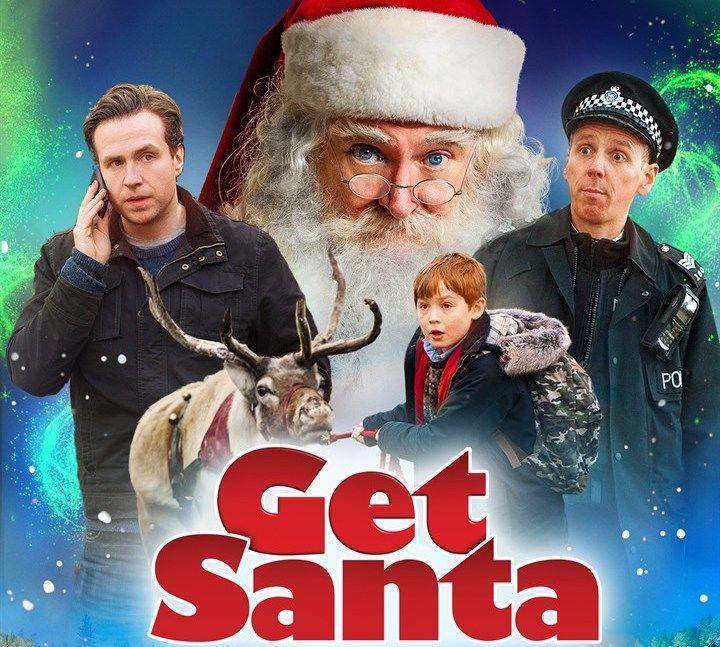 Santa has crashed his sleigh and a father and son have to help him – while being on the run from the police! Staring Jim Broadbent as Santa.

Get Santa is free to watch on Netflix. 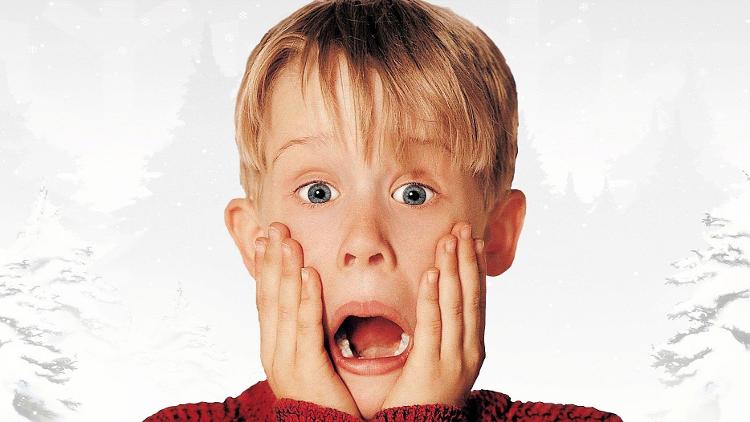 Nothing speaks of the Christmas spirit more than a heartwarming tale of child abandonment and casual violence. Okay, maybe not. But Home Alone is very good fun.

When 8-year-old Kevin McCallister is accidentally left at home by his parents as they travel away for Christmas, he not only has to fend for himself but also battle a pair of hapless thieves known as the ‘Wet Bandits’.

Jingle All The Way

Arnold Schwarzenegger as a dad attempting to get his son an action figure for Christmas.

Apple also has a bundle deal on Jingle All The Way, Miracle on 34th Street, Deck The Halls and Home alone for £19.99.

Jingle All The Way is free to watch on Now TV. 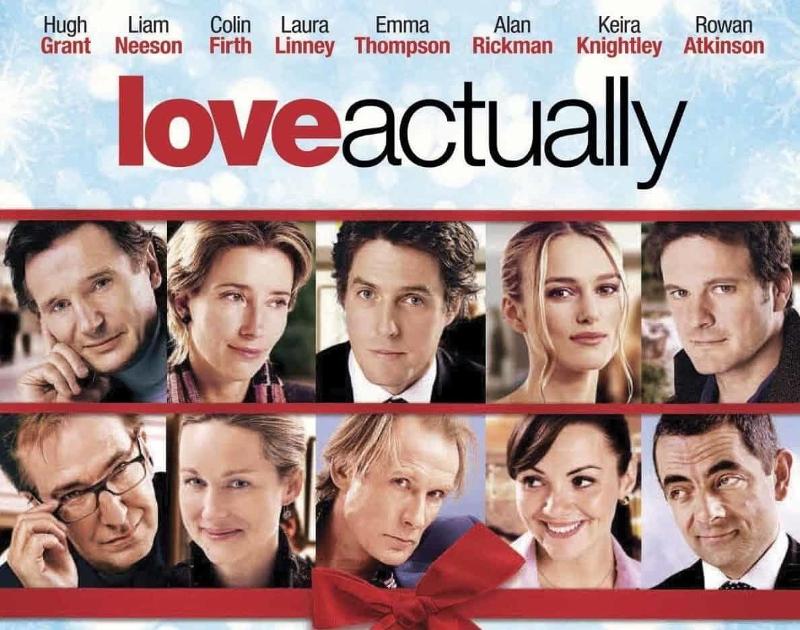 In this 2003 Christmas movie eight different couples experience various relationship trials in the run up to Christmas Day.

Apple also has a bundle deal on The Holiday and Love Actually for £8.98

Love Actually is free to watch on Amazon Prime Video. 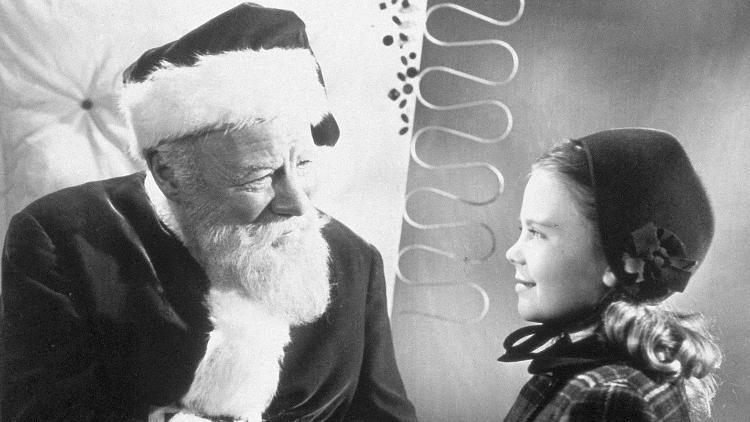 When Kris Kringle becomes a last-minute replacement for Santa Claus at Macy’s department store, he doesn’t realise he’ll end up in court. Furthermore, his lawyer has the near-impossible job of convincing the judge and jury that Kringle is in fact the real Father Christmas.

Whether it’s the 1947 original, or the 1994 remake, Miracle on 34th Street is still a magical story for the festive season.

Apple also has a bundle deal on Jingle All The Way, Miracle on 34th Street, Deck The Halls and Home alone for £19.99.

Now TV has both versions of Miracle on 34th Street to watch for free if you are a subscriber. 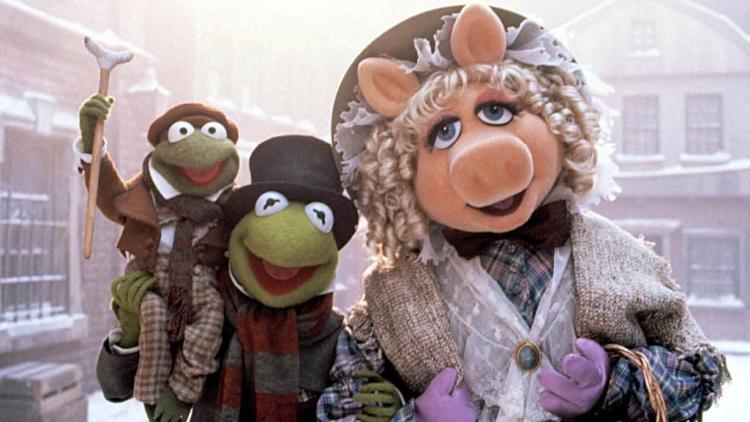 No Christmas would be complete without a viewing of arguably the finest version of Dickens’ classic A Christmas Carol. Kermit, Miss Piggy, Gonzo, Fozzy and crew all bring the traditional Muppet madness, while Michael Caine delivers an excellent Ebenezer Scrooge.

There’s also the added bonus of the song ‘One more sleep till Christmas’, which ushers in the big day in fine fashion.

You can buy The Muppet Christmas Carol from Apple for £4.99. 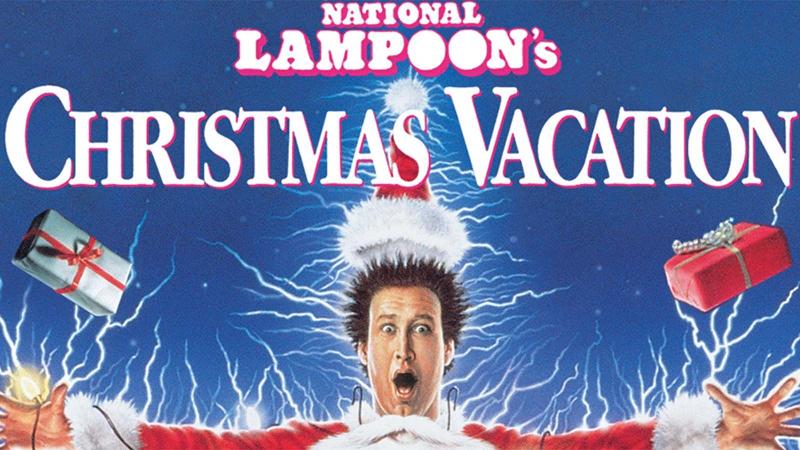 This 1989 Christmas comedy stars Chevy Chase and co in the third instalment of the National Lampoon’s franchise. 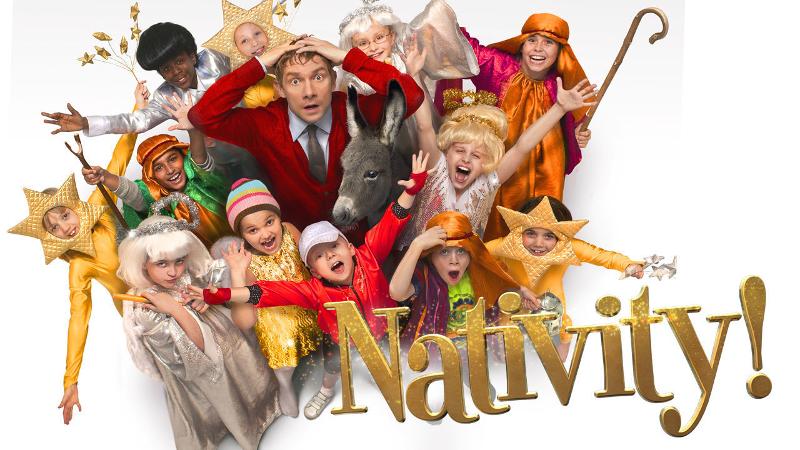 The original Nativity! film sees a primary school teacher attempting to put on a musical version of the Nativity.

The entire Nativity film series (all four films) is available from Apple where you can buy all four of the films for £17.96, or rent each separately for £3.49.

The Nativity films are also available for free to Amazon Prime Video and Netflix subscribers.

The Nightmare Before Christmas 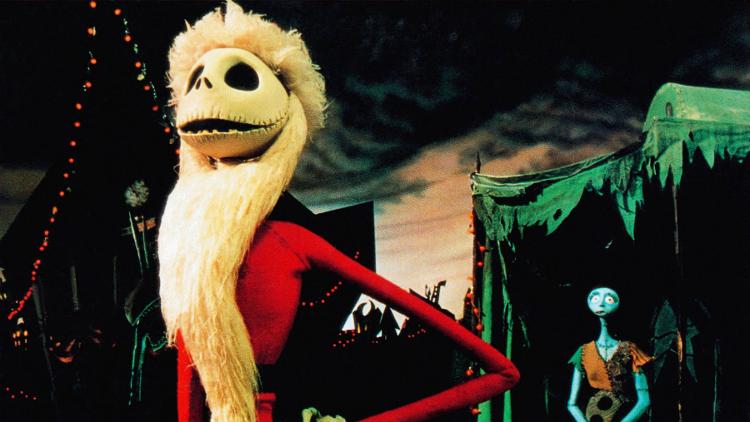 If you prefer your festive entertainment to be a little less traditional then Tim Burton is your man. In this stop-motion animation movie the director tells the story of Jack Skellington, mayor of Halloween Town, who falls in love with Christmas and decides he can do Santa’s job. As you can probably guess, this doesn’t quite go to plan.

The Nightmare Before Christnas is available from Apple where you can buy it for £13.99 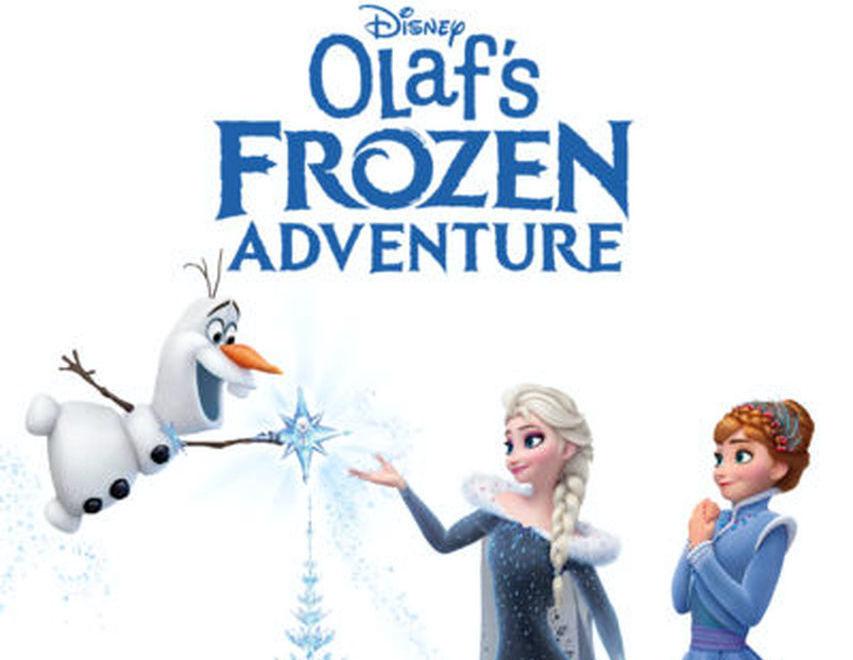 Every little girl (and lots of boys) love the Frozen films and this short is perfect viewing for Christmas. Join Olaf as he helps Anna and Elsa investigate the best Christmas traditions.

You can buy Olaf’s Frozen Adventure from Apple for £3.99. 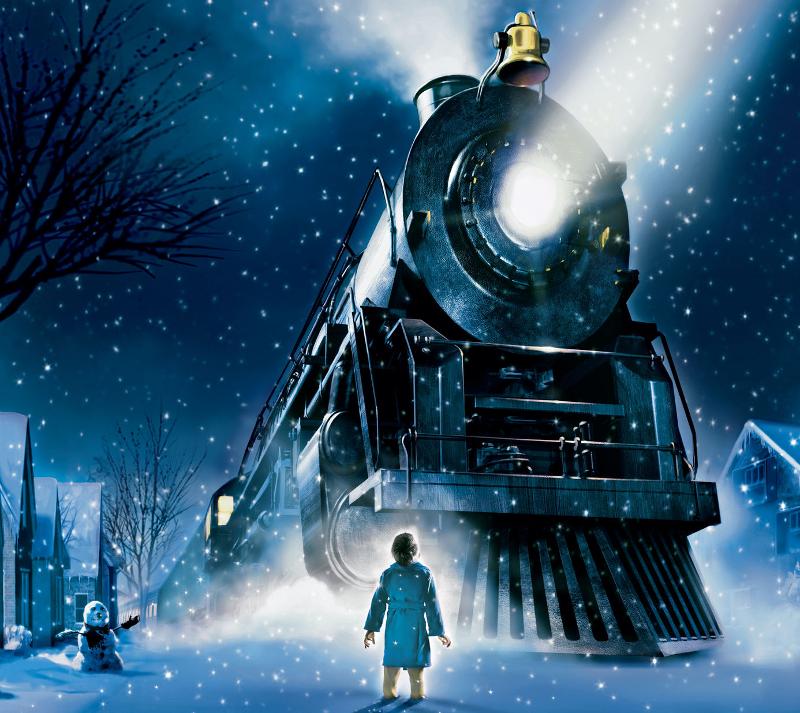 A sceptical boy takes an extraordinary train ride ot the North Pole and ends up believing.

The Polar Express is also available on Now TV if you subscribe. 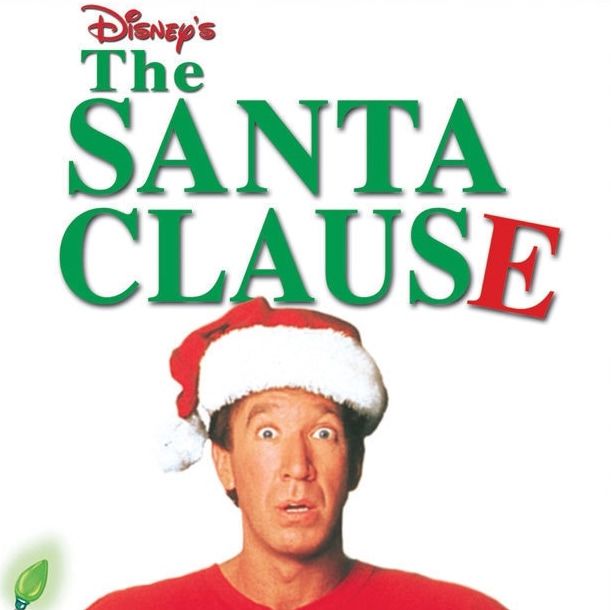 We love this Christmas film which sees a divorced father transform into Santa due to the Santa Clause – with an E.

You can buy The Santa Clause from Apple for £4.99. 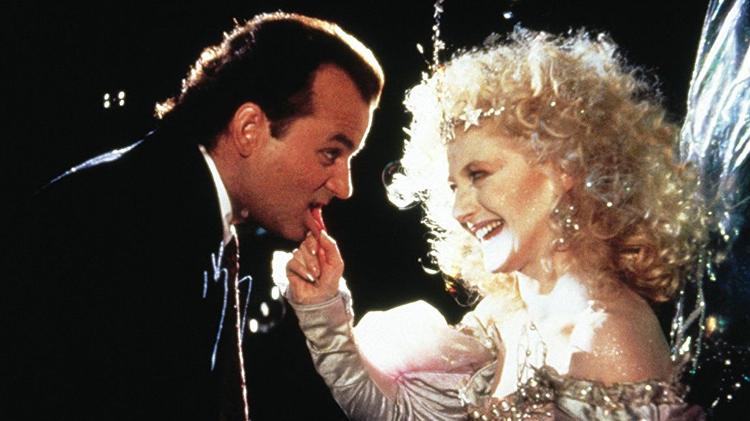 In this modern – well, 1980s modern – retelling of the Dickens novella, we find Bill Murray as a cynical and jaded television executive desperately in need of the Christmas spirit. So it comes as a surprise to him when he’s visited by three.

Carol Kane is the pick of the bunch as a sadistic fairy, but it’s Murray on top form that brings the tale alive.

You can also watch Scrooged on Amazon Prime Video if you subscribe. 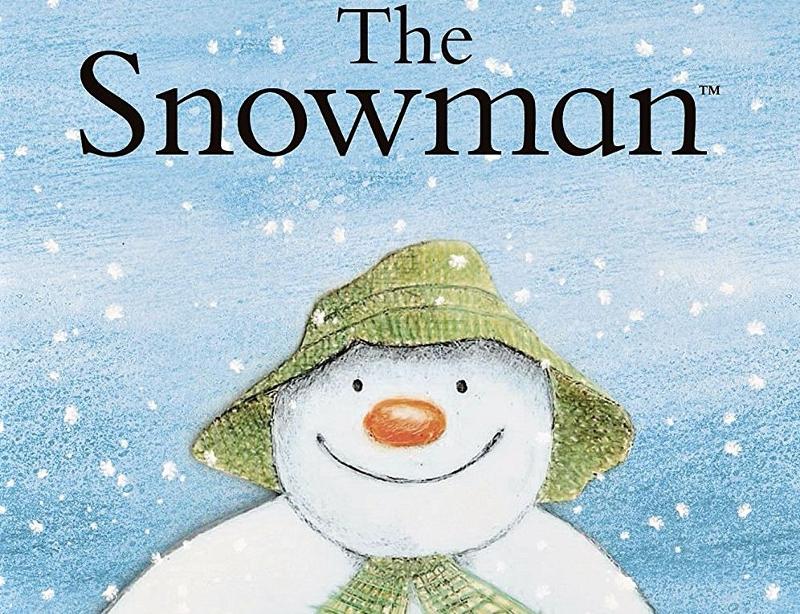 The classic animation of the boy who bvefriends a snowman. Make sure you get the film based on Raymond Briggs book.

You can watch The Snowman on All 4 for free. 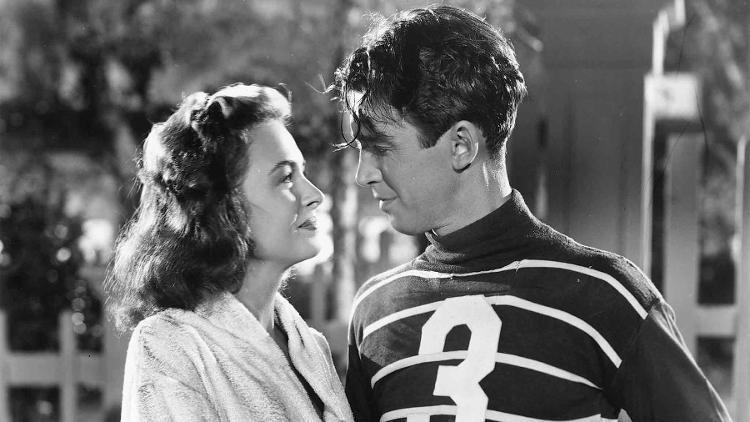 When George Bailey decides that everyone in his home town of Bedford Falls would be better off if he just threw himself off a bridge, he’s visited by an angel named Clarence who shows him what he really means to his friends and family.

This 1946 Jimmy Stewart classic has lost none of its charm or power over the years, with a message of fighting against greed that rings very true in the current world climate. One to savour.

Apple also has a bundle of It’s a Wonderful Life and White Christmas for £9.98. 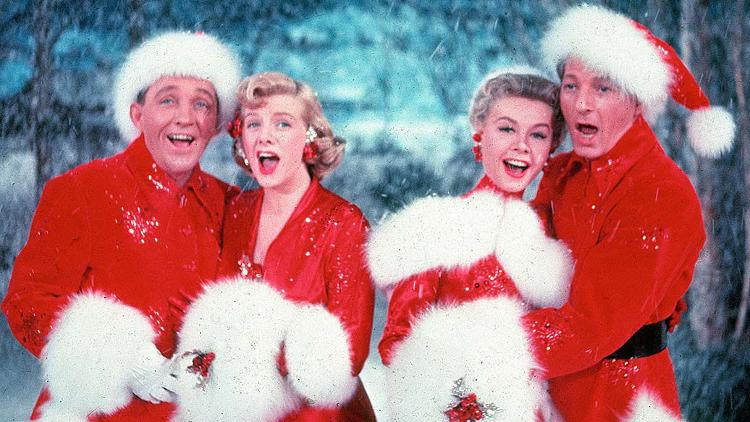 There’s not many songs that manage to instantly conjure up festive feelings as well as ‘White Christmas’. So, placing it in a fun musical with Bing Crosby, Danny Kaye and Rosemary Clooney, not to mention having Irving Berlin write the score, only makes it a present that anyone would be grateful to receive.

Apple also has a bundle of It’s a Wonderful Life and White Christmas for £9.98.

Okay, those are our favourites. We’re pretty sure we’ll have missed some of yours, so why not tell us which ones you’d pick and why in the comments section.