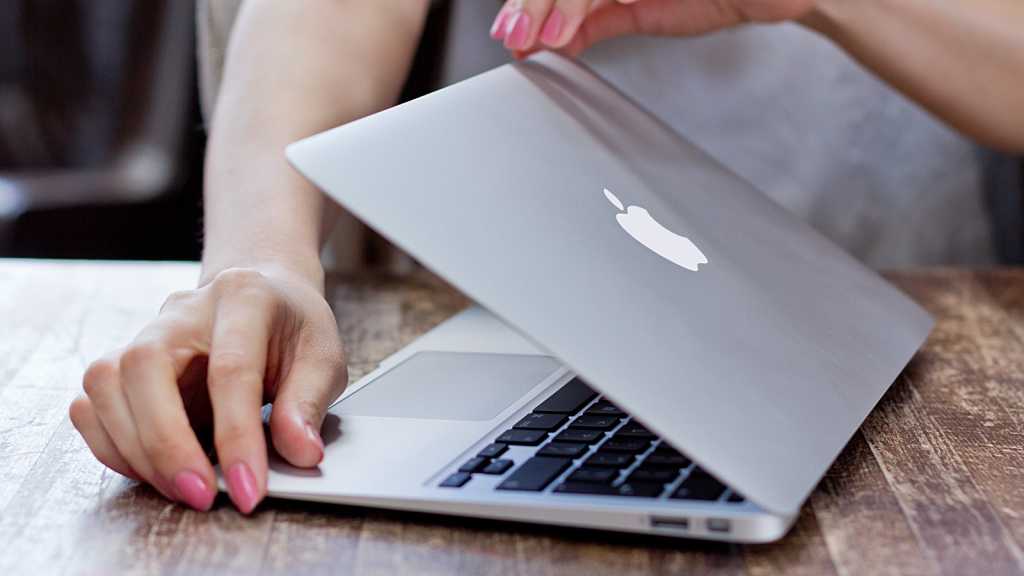 Apple currently sells three classes of laptop: the MacBook, the MacBook Pro, and the MacBook Air. Of these, the Airs are by a distance the cheapest (it starts at £949, £300 less than the next cheapest), and they’re also slim and portable – so plenty of people will be tempted to buy one.

If you want more help with your buying options, try our Mac buying guide or our MacBook buying guide for guidance.

1. The cheapest Air is an OLD model

If you weren’t already aware, Apple introduced a new MacBook Air in 2018. If you are thinking about buying one of the newer models that come in a choice of three colours, Gold, Space Gray or Silver, then much of the below advice won’t apply. The 2018 MacBook Air has a modern processor, is slimmer, lighter and an all-round better machine than its predecessor.

However, Apple is still selling the older MacBook Air, despite the fact that it is now four years old (it was updated in 2017 but only to slightly boost the 2014-era processor inside it). If you have seen a deal for the old-style MacBook Air then we urge you to consider the following points and in particular the fact that buying such an old model could leave you in the dark in just a few short years.

It might be the cheapest Mac laptop but if you are considering buying the £949 MacBook Air you need to know that it isn’t a good deal. As we said above, that model of the MacBook Air dates back to 2015 and actually costs more now than it did when it launched.

You might be able to get better deal on it if you shop around. In fact, you can check out the latest MacBook Air deals here, but generally we’d say that if the price is higher than £749 don’t buy it!

Retina is a marketing term rather than a technological one, and Apple’s criteria for what precisely constitutes a Retina screen (or for that matter Retina HD or Super Retina HD) are not always clear. The older MacBook Air is the only remaining Apple laptop that isn’t designated as Retina, and it has a crappy screen compared to the rest of the line-up, including the new MacBook Air introduced in 2018. 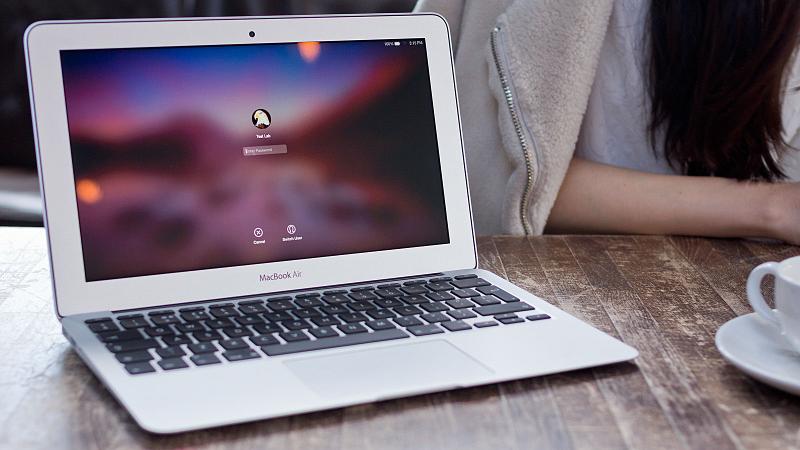 4. Not all that portable

The MacBook Air’s raison d’être was always portability – hence that wonderfully successful, pun-friendly brand name. But, prior to introducing the 2018 MacBook Air, Apple barely changed the design since 2008 and other laptops have caught up and surpassed it.

Not just laptops by rival manufacturers, either. Apple’s own 12in MacBook is a svelter alternative, 430g lighter and about 4mm slenderer at the thickest point. Even the 13in MacBook Pro, traditionally the paving slab of the family, is only 20g heavier than the Air since its redesign.

It’s increasingly difficult to class the older version of the MacBook Air as an ultraportable, so you’re left asking what that version of the Air is actually for? It’s just… a cheap laptop. And you don’t go to Apple for that, surely.

5. Only one colour option

The pre-2018 MacBook Air is available in only one colour finish: silver. By comparison, the new MacBook Air comes in Gold, Silver or Space Gray, the MacBook comes in Silver, Gold and Space Grey; and even the unfrivolous 13in Pro now comes in Space Grey and Silver. We really love MacBooks in Space Grey, and aesthetics matter: you don’t have to feel bad if you care about this. 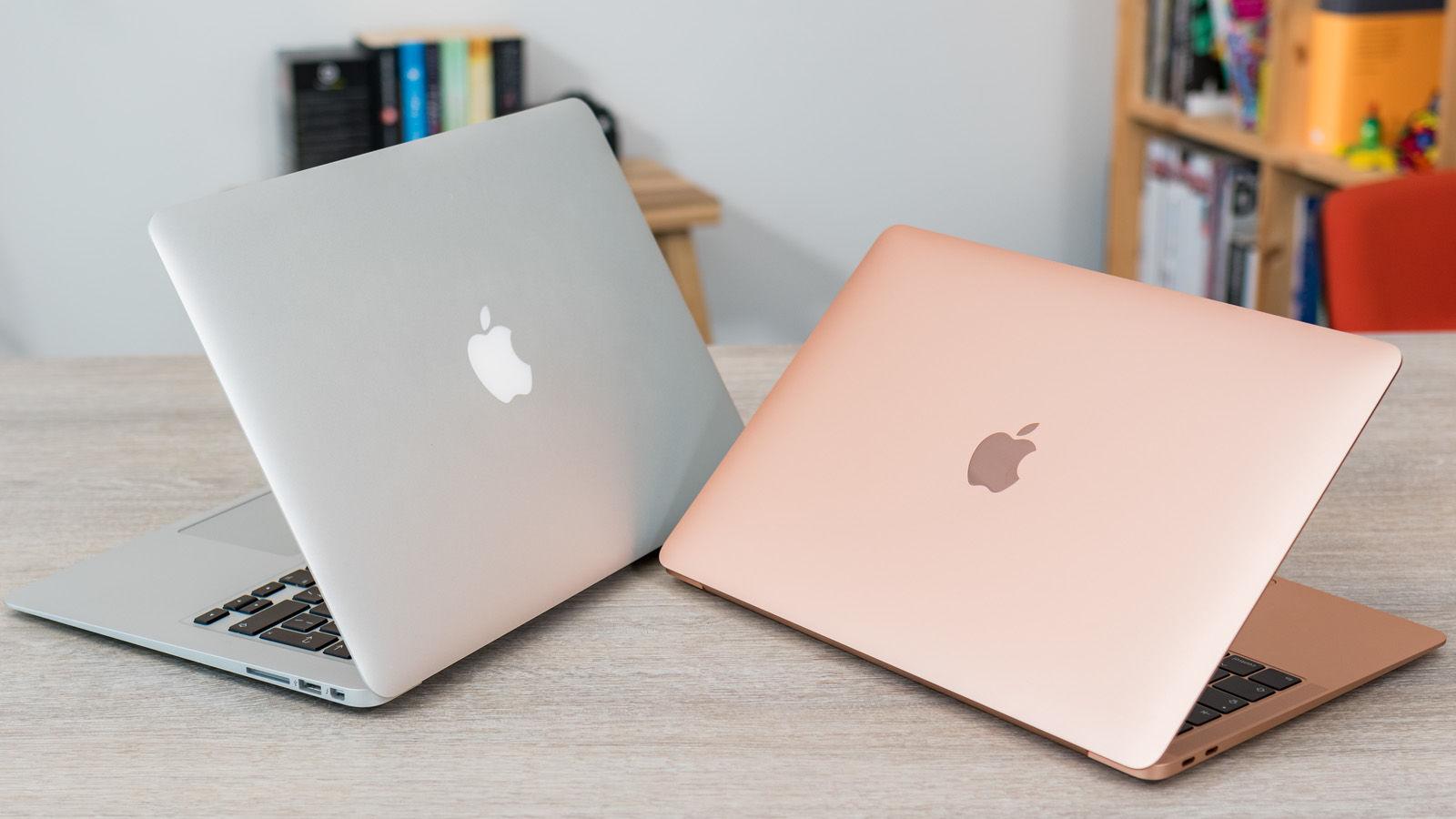 Bonus reason: It’s the past, not the future

With all of the above in mind there is one positive about the older version of the MacBook Air and that’s ports. The new-style MacBook Air introduced in 2018 features two USB-C/Thunderbolt 3 ports, which is all very well, but what if you need the older USB ports to plug in your mouse and keyboard, memory sticks, hard drives, and so on.

Then there is MagSafe, the magnetic port that you plug the power lead into so it just pops out if you trip over it – rather than pulling your MacBook crashing to the floor. Magsafe was awesome and we miss it. And if you are a photographer you may well benefit from the SD card slot on the older version of the MacBook Air.

What if you just want a laptop with the ports you need without having to cart around a bag full of adapters. In that case then the pre-2018 MacBook Air might not seem too bad.

But we don’t think it’s a good idea to look backwards. We just don’t recommend buying a new machine because you want old features. Apple has committed to USB-C/Thunderbolt 3, and support for the outgoing generation of hardware is going to dry up, in the third-party accessory space as much as at Cupertino. And if you’re not careful you’re going to end up like those guys who wouldn’t update from Windows 98.