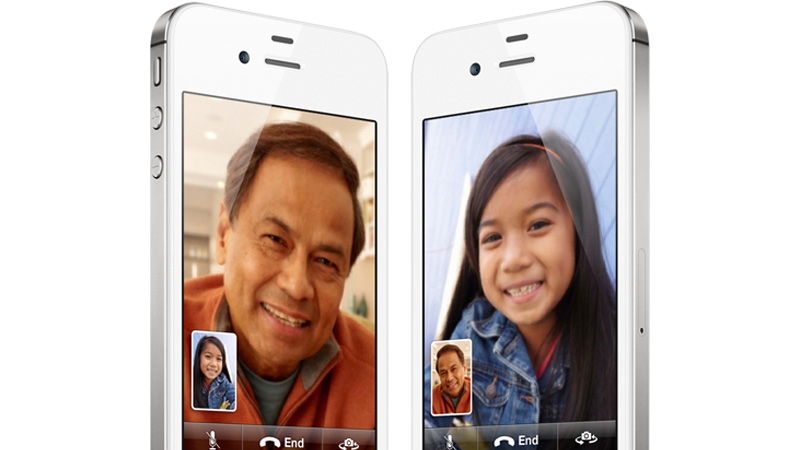 You could argue that FaceTime is one of Apple’s most significant products: it wasn’t the first video calling app, and certainly isn’t the best, but it brought the technology within the reach and understanding of tech beginners. The classic use case – elderly people meeting grandchildren born on another continent – illustrates its power as a tool for gentle social change.

But as with so many Apple products, the ease of use which makes it so powerful is also potentially a worry. Famously, young children instinctively know how to pick up and use an iPad without instruction; and FaceTime is one of its most intuitive apps. So what happens if your kid gets into a video conversation with a stranger?

For more advice on managing your children’s iPad usage, see How to set up an old iPad for kids and The best kids apps for iPhone & iPad.

The most obvious and alarming risk with FaceTime is that of meeting strangers. Is this genuinely a risk? We would say there are dangers (and we would discourage children from using FaceTime unsupervised), but less so than with most other messaging, calling and chat services.

We also discuss whether FaceTime is safe to use here.

Can your child call a stranger?

Let’s say the young person manages to unlock a parent’s iDevice (or has one of their own), and opens the FaceTime app. At this point it’s easy to start a conversation with a contact who’s called or been called from this device before, since the default view shows recent conversations, and you just tap one to call it again. You can also easily call people via the Contacts app, by tapping the plus sign and selecting a contact with FaceTime-compatible details.

We are talking about strangers, and the people in recents and Contacts are by definition not strangers: in theory you should not need to worry about your child accidentally calling any of these. (It may be worth pointing out at this point that people we know are statistically a greater danger than strangers when it comes to violence and abuse, but we are straying beyond the remit of this article.) If you are worried about anyone in the recents list, however, you can tap Edit, select the person in the list and then hit Delete. Open the Contacts app to remove people from that list.

Calling someone entirely new is much more difficult: you have to tap the search field and manually enter a phone number or email address. So for this conversation to happen (assuming your child doesn’t hit upon a stranger’s contact details by blind luck) requires the stranger to have got in touch in advance to give them the correct number to call – in which case the dangerous contact has already taken place via other means. That doesn’t mean you don’t need to worry at all (a video-calling app could be used to escalate an existing relationship instigated elsewhere) but this is an issue that goes well beyond FaceTime.

Can a stranger call your child?

Anyone who isn’t on the blocked list can call an iPad or iPhone over FaceTime, and the device will show the incoming call in the usual way: the user has only to tap to accept the call and contact will be made. As described above, however, it is very difficult to accidentally call someone you’ve never called before, so the stranger would need to have your child’s details in advance, which most likely means contact has been made by other means (although your child’s details could conceivably have been obtained by hackers).

The limitations of video

The other thing to remember is that FaceTime is a video-based service, which means the person on the other end can see your child, as well as seeing identifying details in the background which could help locate the child too. But that cuts both ways: it’s much more difficult to groom someone over video when they can see that you’re older than you claimed to be.

How to protect your child on FaceTime

The most obvious step (particularly with slightly older children) is to speak frankly to your child about how to use FaceTime, how it can be used and abused, and what is and isn’t appropriate. Make sure they are aware of the dangers, but don’t scare them, and make it clear that the main thing you want is honesty: that if they do find themselves in a dodgy situation they can come and talk to you about it without worrying that they will be punished.

For younger children (and older ones if you don’t think they can be trusted) you can set up restrictions.

Open the Settings app and tap General > Restrictions. You will now have to create a passcode which will be used to bypass and adjust the restrictions, so make sure it’s not the same as the main passcode if your child knows that.

By default FaceTime is allowed. Tap the green slider next to FaceTime so it turns white; it now won’t be allowed unless the user inputs the restrictions passcode.