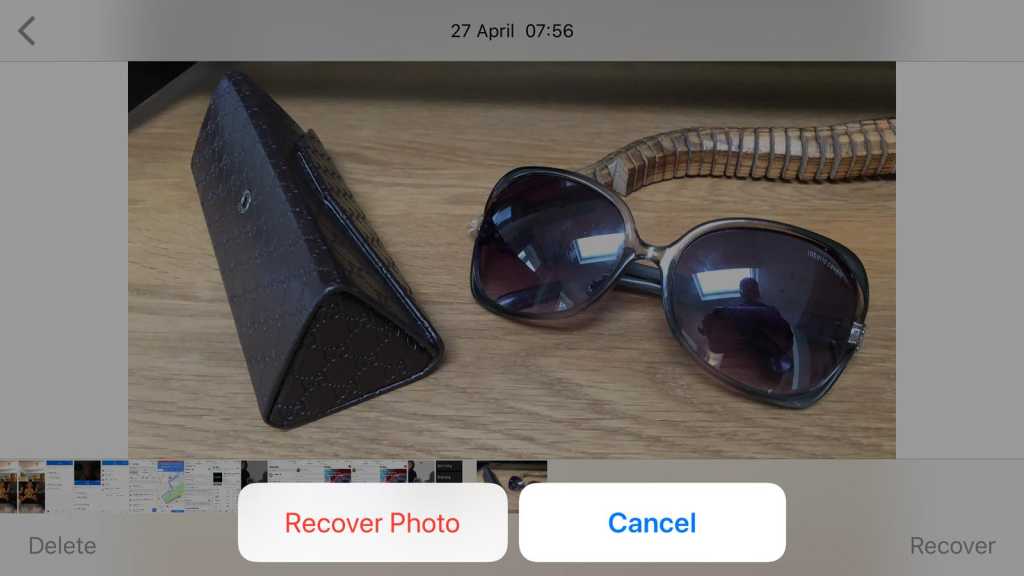 Realising a second too late that you just deleted the wrong photo: it’s a nightmare we’ve all experienced. But don’t despair, because a mistakenly deleted iPhone file can often be recovered. In this article we show you how to snatch victory from the jaws of defeat.

On a related note, here is How to recover deleted iPhone contacts.

Photos, logically enough, are stored in the Photos app in iOS. The iOS version of Photos has much in common with its Mac equivalent, and this includes the 30-day grace period for deleted photos and videos.

If you delete a photo from the iPhone or iPad and want it back, tap Albums at the bottom-right of the screen. Scroll down until you see an album called Recently Deleted, then tap it. 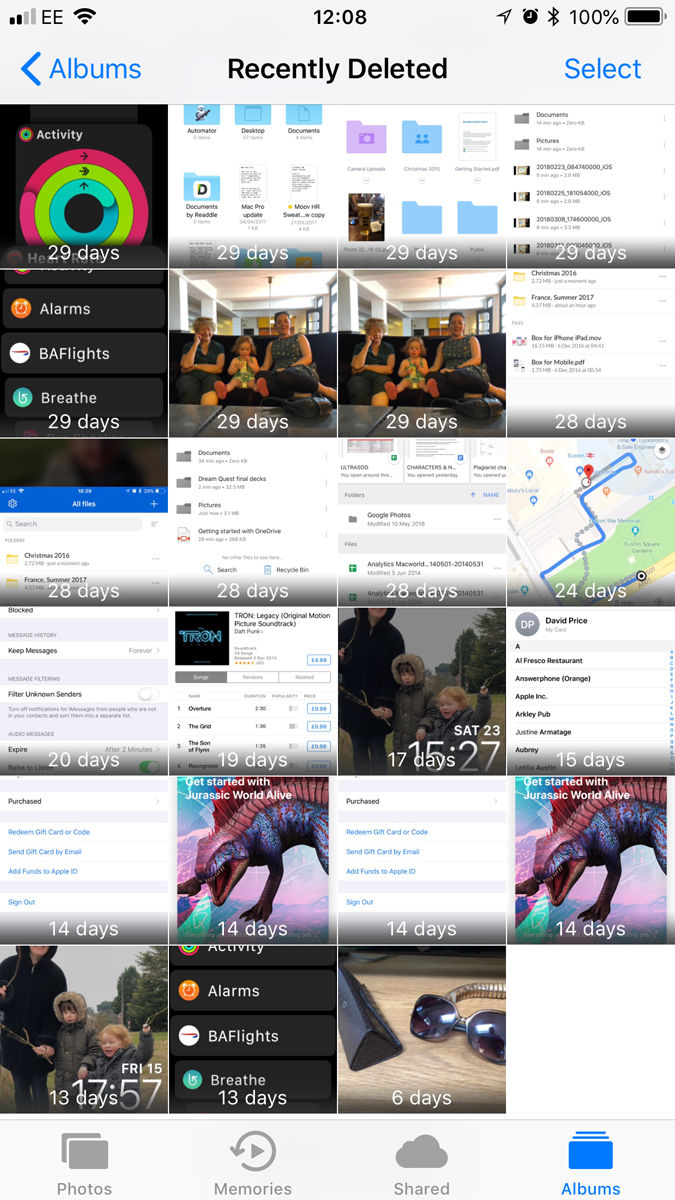 As on the Mac, any photos or videos that have been deleted in the past 30 days will be shown here, along with a tag that tells you how many days they’ve got left. If you can get to the file before the time runs out, you can get it back. 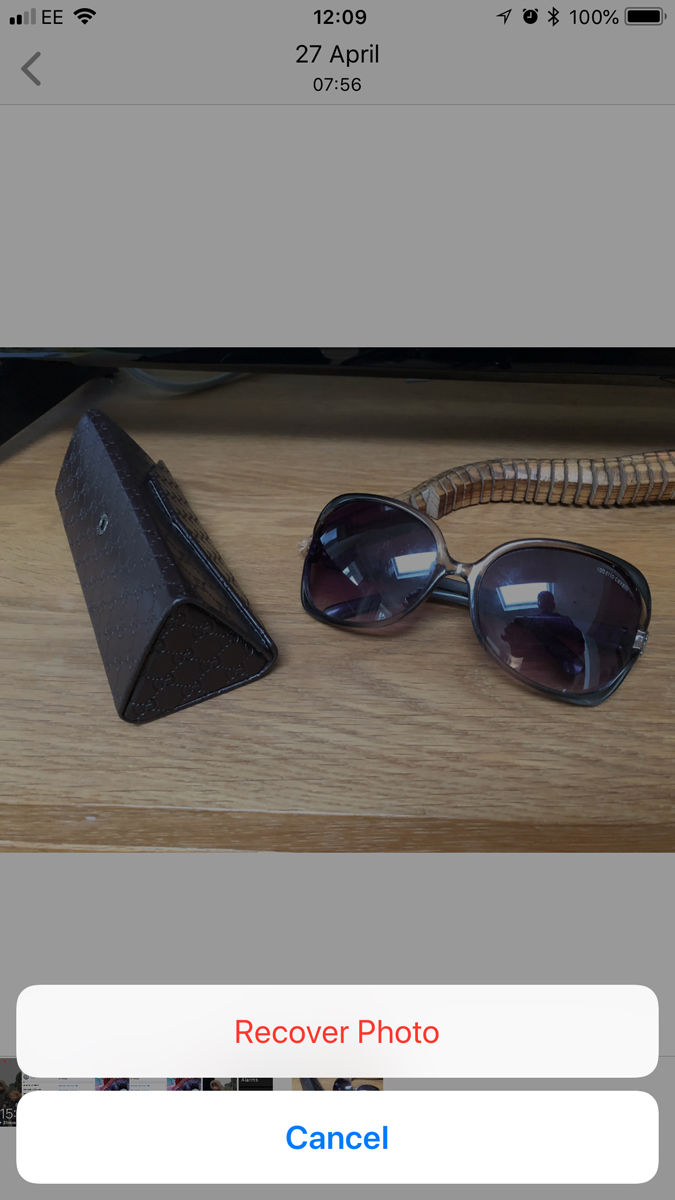 Tap the photo you deleted by mistake, then Recover at the bottom-right, and finally confirm by tapping Recover Photo. The image will now be transferred back to your Camera Roll.

Bear in mind that when you delete a photo from your iPhone or iPad it will also be deleted from your iCloud Photo Library, if you’ve got this feature enabled.

If you take and delete lots of pictures on an iPhone, you may want to invest in another backup solution. Fortunately many services offer instant upload of any photos you snap to a cloud storage space. Consider installing Dropbox, Google Drive or Box and turn on Photo Backup. (For advice on which provider to go with, read our roundup of the best cloud storage apps for iPhone.

Here are the steps for Dropbox:

This will send the deleted image back to the Photos app in iOS.

This isn’t an ideal backup solution, because it requires you to set up Dropbox in advance. However, if you take lots of photos you’ll find this service invaluable. Google Drive, Box and many other cloud services work in largely the same manner.

Fairly often, songs are synced from a Mac (or PC) computer to the iPhone or iPad. If this is the case for you, the song may have been deleted from the iDevice but you’ll find you can copy it back over the next time you sync with the computer.

If this isn’t working for you, then you could try using a data-recovery program for your iPhone, such as PhoneRescue or iMyFone D-Back. Take a look at our guide to the best data-recovery apps for iPhone for more advice.

Generally speaking you can recover deleted (or archived) emails in iOS Mail, just after you delete them, by giving your iPhone or iPad a little shake to invoke the undo gesture. When the undo dialogue box appears, tap Undo. But the undo gesture is a single-step undo only, so if you’ve performed another action in Mail since accidentally deleting the email, this won’t work.

In this case, you need to find the relevant deleted emails folder. The name varies according to the email service, but may be Deleted, Trash, Junk or similar. Tap the back button at the top-left corner of the mailbox, then from the Mailboxes screen, scroll down until you find a likely-sounding folder. 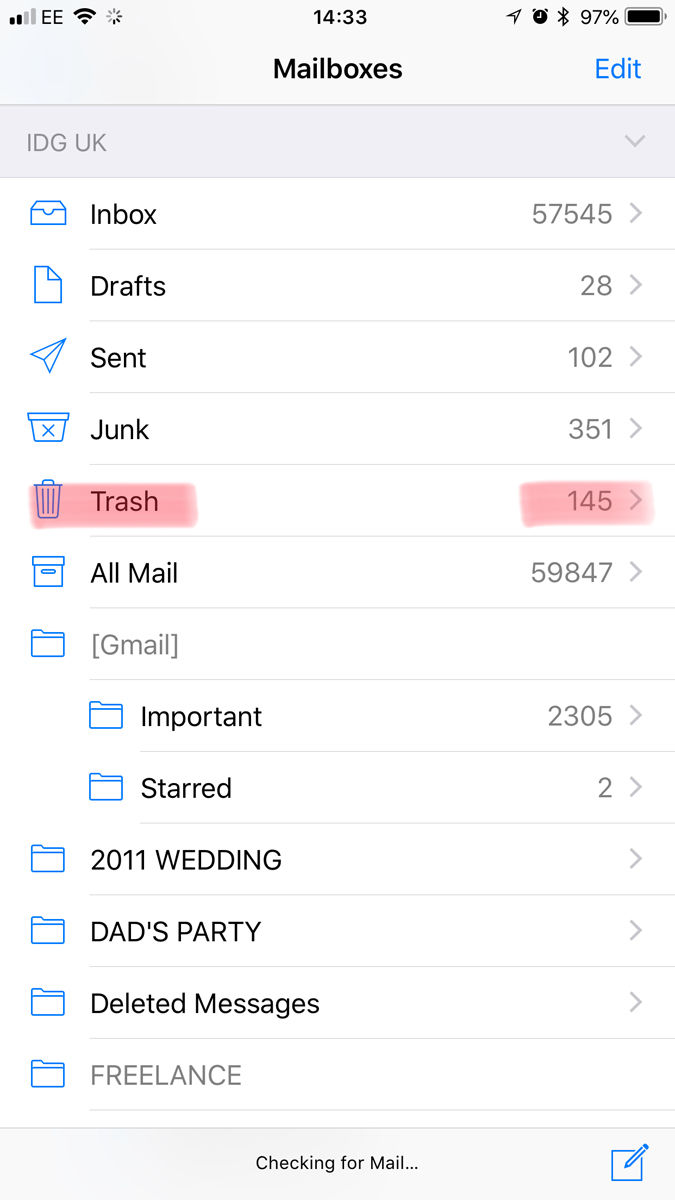 Tap to open the discarded email, then tap the folder icon at the bottom and send it back to the inbox. You generally have a week by default before iOS deletes emails that have been designated for deletion. Alternatively, hit Edit at the top-right of the Trash (etc) folder, then select the emails you wish to save and then hit Move. 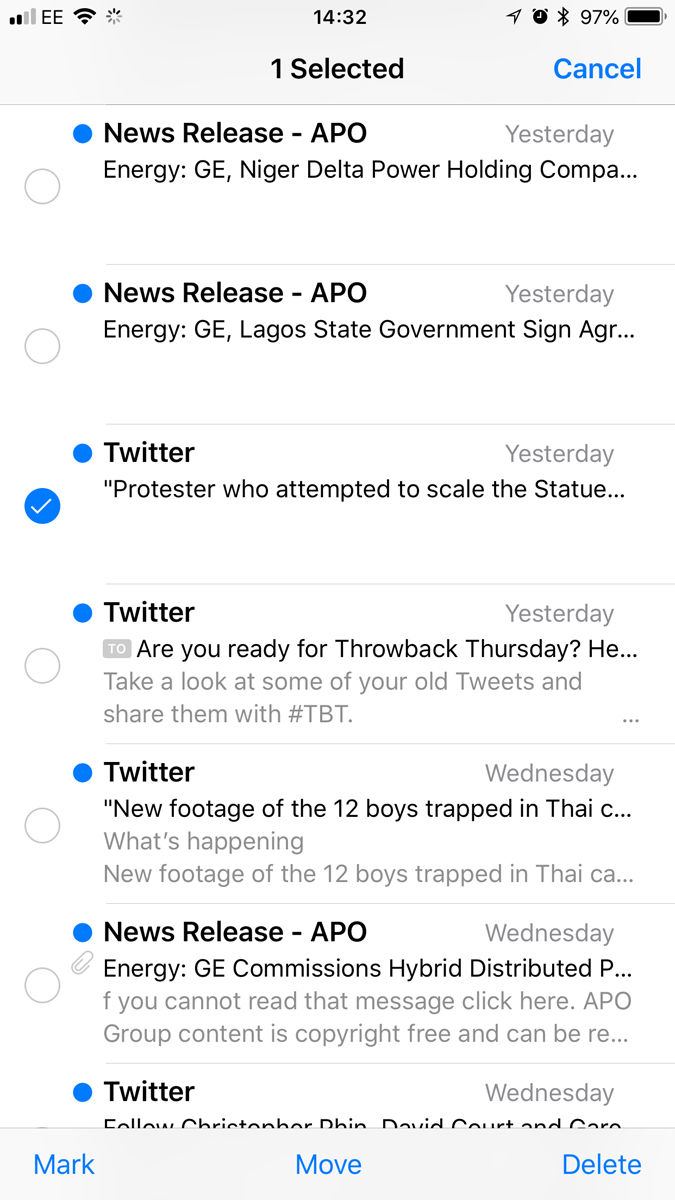 We explore this situation in much more detail in a dedicated article: How to recover deleted emails on iPhone or iPad.