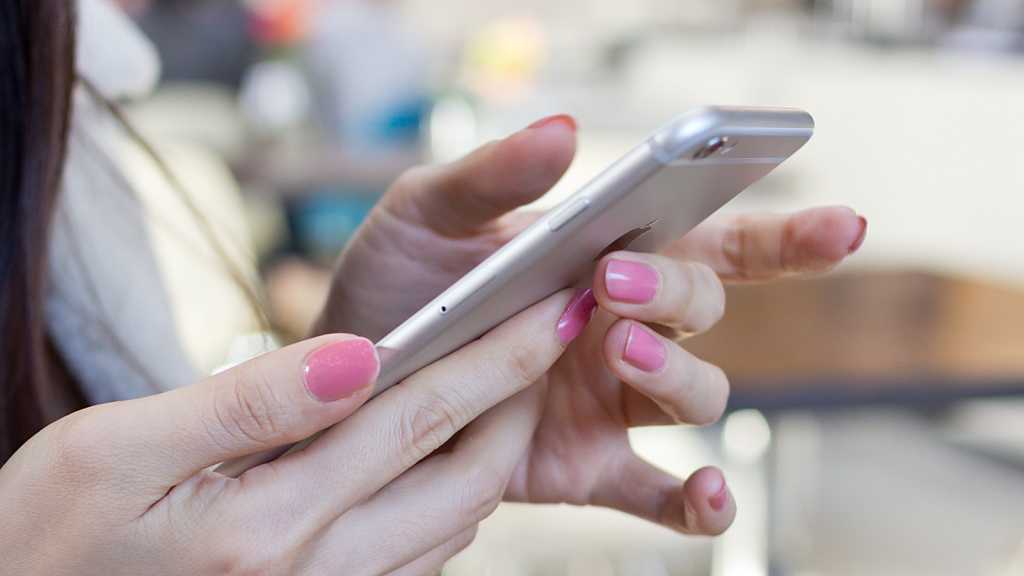 An iPhone cannot run Android apps out of the box. You’ll often find that a version of an Android app you like is also available for iOS, however, and there are jailbreaking possibilities. In this article we discuss your options (other than switching to Android).

Android and iOS are the great duopoly of mobile operating systems: the vast majority of smartphones (and most tablets) run one or the other. And each platform has its own set of apps, available from its own official app store, which will run on that platform only.

Apple in particular is very particular about where apps come from, and you cannot simply go to the Google Play store on your iPhone (which runs iOS) and grab an Android app you fancy; neither can you install on your iPhone an app you already bought on your Android handset.

The problem is a fundamental one. Android apps are coded to run on an Android platform, and iOS apps likewise for iOS; a developer will build an app for one platform and then ‘port’ it across to the other, which involves significant coding work.

The only way to make an Android app run on an iPhone would be to get the iPhone to run Android first, which is not possible at present and would never be sanctioned by Apple.

What you can do is jailbreak your iPhone and install iDroid, an Android-like OS made for iPhones. But you cannot install Android itself on an iPhone.

At time of writing, if you Google the phrase “how to install android apps on iphone” in a clean web browser in the UK, the top result (which is repeated in one of Google’s ‘answer boxes’, or article snippets) looks distinctly promising: it’s a tutorial which offers “quick steps to get Android up and running on your iPhone”. 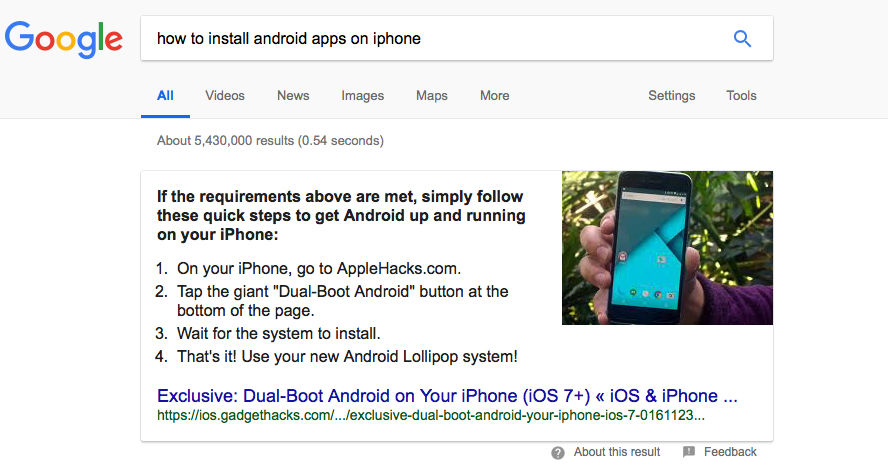 This is a prank article which was written on April Fool’s Day 2015 (a date which is obviously a clue, but not one that is displayed in the answer box). There is no way to run Android on an iPhone.

You should watch out for articles like this. The problem is that Google’s page-scanning spiders do not have a sense of humour and are not at present very good at spotting pranks.

A far simpler approach – and a potentially patronising one to suggest, so apologies if this seems obvious – is to look for an iOS version of the same app.

You can search for the same name on the App Store, since most devs will use a consistent branding across both platforms; but remember that Apple is sometimes stricter about what is and isn’t allowed, so also check the developer’s own website for an App Store link in case the name is different.

Unfortunately you will have to pay again (assuming it’s a paid-for app), but you might be allowed to redownload additional content/in-app purchases that you paid for on the Android version – again, check with the developer.

The Google Play store has more apps on it than Apple’s App Store, but big-name apps tend to arrive on iOS first (because iOS users on average spend more money): the chances are that if you like an app or game on Android, there’s probably an iOS equivalent.